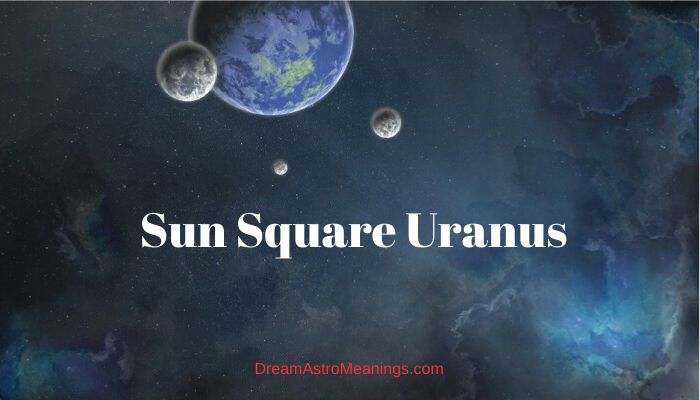 People have always been wandering what those beautiful shining celestial objects hide.

Could they tell us the secret of our destiny?

Astrology is a very old discipline that has been trying to delve deep into the meaning of the stars and see how they affect us as human beings. Astrology is based upon the old idea of microcosms and macrocosm affecting one another, creating a cosmic harmony.

Many are unsure if they should call astrology a science or not. In old times, things seem to have been simpler, since the astrology and astronomy were considered the same discipline. An astrologer was called the astronomer.

There have always been those to deny the premises of astrology and accuse this specific view on existence and life and our dwelling in this universe on being a fraud, being too elusive et cetera.

However, we should remind ourselves that many great figures of the past, such as exquisite military commanders, kings and emperors and other names of authority greatly relied on their astronomers’ studies.

Today, astrology is separate from astronomy, which is an exact science, and it falls under the category of pseudo science. Nevertheless, it is still in use and widely practiced.

We could safely say astrology is everything, in its parts, a mixture of belief, science, philosophy, art, poetry even, astronomy, physics and many, many more. Some believe in astrology, others are skeptical if there were no concrete, exact rules and answers.

In its core, astrology functions as an official science, since it has it is based upon fixed principles and abundant knowledge.

Astrology works upon the idea that our destiny was, indeed, written in the stars, but this should not be taken so literally. True, the position of planets, taken at certain moments in time, is unchangeable, fixed.

However, they do not make for predictions, but they give an insight into our capacities and potentials.

The Art of Synastry

Planets would never change their places in your natal chart, but it is up to you to make the best out of taking an insight into what those positions mean and how they reflect on your ‘real’ life.

The whole process of creating a natal chart, just as the process of using the information given, appears as an incredibly creative, almost artistic process, although it based upon certain, well-established principles.

Synastry is an especially interesting part of astrology and today one of the most demanded types of analyses. What is synastry? It is a comparative study of two natal charts and of aspects they create amongst themselves.

Astrological aspects are angels that planets form amongst themselves and those angels create specific energies.

Aspects are to be found within each chart as a whole, but also between more charts.

Synastry studies those between charts. It gives an insight into compatibility of two natal charts; people are mostly interested into the romantic aspect, potentials of a romantic relationship. Synastry does not determine whether the relationship would work or not.

Astrological aspects could be heavy or easy; both types have to play their role. Of course, one would love to see favorable aspects in synastry, but those more difficult ones should not necessarily discourage you.

Those represent certain challenges and are something to work on, if you want the relationship to succeed.

Synastry provides valuable information, which could help partners understand one another better. Having an insight into problematic aspects could explain to you why certain areas of your romantic connection seem troublesome.

Knowing them, you could build up tolerance and/or see which way you could resolve them. Te insight into favorable ones is, of course, a great plus!

Sun in Astrology and Synastry – Luminous Planets in Synastry

Whatever astrological source you look into, you would probably read the information on the Sun being the most important celestial body determining your zodiac typology. It means that this bright life bringer straightforwardly tells everything about the person.

The Sun sign is what people in common talk identify with a horoscope sign and build up the whole imagery about a person based only on the Sun sign.

This, of course, is not enough to create a whole image. However, the Sun represents one’s core, everything that makes you who you are, everything you are aware of and your public image.

The Sun represents your personal power, your vital energy, and your driving force.

Let us turn to ancient mythology, for a moment. In Greek mythology, beautiful Helios (the sun god), was sin of the titan Hyperion.

Helios was much adored and loved by people. He could hear and see everything and each morning he would leave his golden palace, riding his sun bright chariot, so to give the earth his light, the warmth, the life itself.

In other words, the Sun is the ultimate life-giving force; thus, it is the vital and the first of personal planets in astrology.

The Sun defines our being in terms of vitality, but it also represents significant people, central events and more.

The Sun represents figures of authority and is associated with bravery, courage, strength.

It is commonly accepted that it is batter you have a luminous planet even in a heavy aspect within synastry than to have none.

Uranus in Astrology and Mythology – Planets in Synastry

Uranus was also the father of Vulcan (Hephaestus), Mercury (Hermes) and Venus (Aphrodite), amongst his other children. This distant, airy planet was often told not to affect horoscopes much.

However, if Uranus, even though it is, indeed a distant transcendental planet, creates aspects with personal planets, its influence would be more obvious.

In astrology, Uranus has a rather interesting symbolism and its energy could be taken with great amazement. Uranus represents sudden change, everything that is new, original, unique, and awkward even.

Uranus is the planet of genius minds or lunatics, of ones that pace before their time. Uranus is a herald of future, of ingenious discoveries and inventions, of bright and original ideas that are on the edge of being odd, eccentric, difficult for common people ever to understand.

Uranus represents the soul as attached to matter. It represent the ‘here and now’ principle, though it looks into future.

Those with a strong effect of Uranus in their charts are likely to be remembered as great reformers, revolutionary leaders, and ingenious inventors. Uranus is associated with people with uncommon interests and rare occupations.

Square Aspect in Astrology and Synastry

In traditional astrology, based on Claudius Ptolemy work, there were five major aspects.

Modern astrology relies on them, although there were minor aspects added to the list and studied. Astrological aspects could be favorable and unfavorable.

Each of them has specific role to play, depending on the planets involved and all other factors found within a natal chart, a synastry report or else.

The square aspect is considered unfavorable. The aspect of square is heavy, because it places the energies of two planets into conflict and does not allow them to express their energy freely.

One suppresses the other and so it comes to tension, conflicts, problems, stress. In synastry, the square aspect is something to pay attention to. Its ‘bad’ influence is manageable, though it requires effort on both sides.

Some would say Sun square Uranus in synastry brings in great uncertainty and instability. Some would rush to conclude that such a relationship was doomed, since there are no guarantees of a long-term connection.

Well, the truth is, there are never guarantees. Let us see into this strange and problematic aspect in more detail.

It would often happen that a relationship of the Sun square Uranus sort would start instantly; no doubt, there could be great attraction between these two.

The bright, optimistic, very straightforward and self-confident Sun would be amazed by Uranus’ originality, daring, even rebellious spirit.

However, in time, it could happen that the sun tries to control Uranus, to bind the unpredictable energy of the latter and puts him or her within its own frame.

Uranus, rebellious and in love of independence would feel trapped and would refuse to fit in.

This could make the two not speaking the same tongue in critical situations, which would likely lead to separation. The relationship could end as suddenly as it started!

Many other factors would determine if it would leave partners as victims of such a connection or they would simply move on in different directions.

This connection would always be non-traditional. For example, it could be a long-distance type of a relationship. We are all aware of risks of such a connection. In this case, it is unlikely that suspicion or jealousy would make problem.

It is more likely that the separation at important life moments would lead to more distancing, to less mutual understanding and eventually to a breakup.

Sun square Uranus synastry is often regarded as a ‘doomed’ relationship; many would say it is an essentially unstable connection with not much chance for turning into anything more than a sparkling, astounding, though short-term connection.

It could be a moment one would remember as something surprisingly magnificent, though nothing more.

It depends on many aspects and factors, so we cannot guarantee things would turn out to be good or bad.

However, you should have to bear in mind the risks of such a connection and your expectations in general. We have to admit this connection is, indeed challenging, tricky and definitely unpredictable. It has its good and bad sides.

The inspirational, challenging, daring and original Uranus would make the Sun search for the own expressing of the ideas about freedom and of individuality. The brave, generally very positive, vital and optimistic Sun would be amazed by such ideas.

However, Uranus’ rebellious attitude, the need for constant change would possibly make the Sun get very tired of it.

Uranus, on the other hand, would find the Sun’s bright energy as a good material for their own brilliant ideas; if the planets were in good aspects, how beautiful it could be!

The problem is that, in this case, the Sun becomes exhausted by Uranus’ constant activity on change and the Sun might even become too boring to the Uranus person.

It would be wrong to insist on Sun square Uranus being the proof in advance that the relationship would fail. It is true that many people would say their personal experience proves this aspect as fatal, in these terms.

However, it is not always the case and there were many other points of your synastry to take into consideration. You could surrender to this sudden, amazing connection as it is or you could try to work on it and make it lasting.

Sun square Uranus is something to be cautious about. If you two were aware of the nature of this strange connection, you could try to manage it. The Sun should perhaps stop trying too hard to tame the rebellious Uranus and actually cause him/her being even more rebellious.

Uranus person should stop for a moment and think about whether so much rebellion is always necessary.