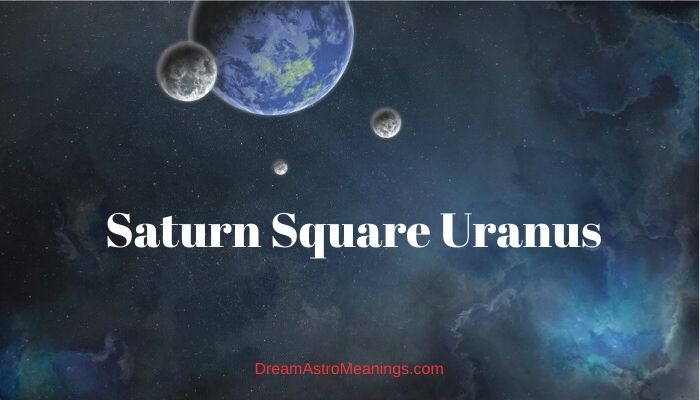 Did you know that compatibility analyzes were the most popular field of astrology? Many would love to know what their romantic destiny has in store for them.

Some people choose astrology to be their precious source of information, precisely because astrology deals with such intriguing questions and approaches them with both seriousness and passion.

Could stars really reveal whom you are going to marry or if the person you fell in love with was ‘the one’? Well, yes and no.

Astrology would, however, offer you precious, detailed insight into the nature of such a relationship and possibilities regarding the same connection. How does astrology work, anyway? Astrology is usually referred to as a science, the science of the stars.

Although astrology was not a science in conventional, classical sense, it is based on fixed principles and knowledge and it uses well-established methods, in order to deliver an interpretation.

Astrology claims our lives are reflection of a much bigger plan and vice versa, since it has to do with the hermetic tradition idea of macrocosm and microcosm.

In any case, astrology studies this major plan, which is our solar system, and tries to figure out how it reflects on individual people’s lives, on humankind as a whole.

Astrology could reveal some of the major events that have already took place or are about to happen.

However, the greatest part of an astrological interpretation is an insight into capacities, potentials and possibilities.

People would often doubt the accuracy of astrological ‘prognosis’, because they expect some kind of predictions, not realizing that the greatest part of what could happen to them depends on their own activity, in a wide sense.

They form an expectation based on what an astrological analyzes offers and set it as a rule.

About Natal Charts and Synastry

Once their expectations were not fulfilled, they doubt the accuracy of astrology. This is the crucial point in understanding how astrology works.

The most important step in any further astrological study is that of natal charts. It is essential for synastry, which is what we are going to talk about.

Natal chart is basically a diagram of the solar system, a diagram of planetary positions as seen at a specific moment of time.

Imagine photographing the sky and delivering a scheme after that image. Natal chart is such an image, taken at the time of a person’s birth. Since, according to astrology, this macrocosm reflects on microcosm, that is, you, this diagram determines your destiny.

However, it does not guarantee this or that will happen, although it could reveal the most important events, but it mostly tells about your potentials.

In other words, astrological natal charts tells about your personal traits, characteristics, way of thinking, way of experiencing things, your emotional self, areas of life that could be very pleasing to you and those that seem troublesome at cetera. Everything else depends on you.

We could say even that a thorough insight into a natal chart helps one grow to become the best version of one self.

It is not an easy road, of course, since it is difficult to follow each piece of information, to fulfill every opportunity and use all capacities; that is the dynamic of human life and it is, in fact, what makes us alive.

However, it could be very helpful and useful. A natal chart is a specific form of guidance. The same could be said for a synastry report.

Synastry is the most popular type of astrological analyzes, nowadays. It is a comparison of two natal charts, usually for the purposes of revealing the compatibility of (potential) romantic partners.

It is not a new approach, since astrology has always been used in order to tell about odds regarding a good marriage and, thus, secure a favorable one.

Synastry focuses on planetary aspects between charts and analyzes them point by point. There would likely be some heavy and some easy aspects.

Difficult aspects are challenging, but they should not necessarily be discouraging; it is something that should be worked through. Good aspects are, of course, desirable and very encouraging.

Saturn square Uranus is the aspect we are going to interpret today. Square is one of the heavier aspects and planets Saturn and Uranus are not ones to mess with.

However, a synastry aspect taken separately does not give a full image, which is what you should always bear in mind. However, it is a part of the whole image and, thus, something to take into consideration.

Saturn was one of the major deities in Roman mythology, the god of agriculture and he was widely respected and celebrated.

In Greek mythology, however, Saturn was Cronus, not much loved titan, the son of Uranus and the father of Zeus, amongst others. Cronus was a very violent deity; he overthrown his father and castrated him.

Saturn was in fear of the prophecy that said the same destiny would fall upon him, so he decided to prevent such a dire event and started devouring all his children.

Little Zeus (Jupiter) was saved by his mother and he took revenge on his dreadful father and took the throne of gods, dividing the rule over the world with his brothers.

In ancient Rome, Saturn was quite a different mythical entity. Romans loved the god that has thought humans how to work the soil and pick fruits of the land.

They represented him as an old man with a sickle and they considered the period of Saturn’s rule as the golden age of the humanity. However, in astrology, Saturn is much closer to vicious Greek Cronus.

In astrology, Saturn is a malefic planet. It is associated with restrictions, illness, old age, with limitations, despair, dire circumstances, poverty and so on. Saturn brings troubles and obstacles in one’s life; it challenges our happiness.

The symbol of Saturn represents the Soul trapped within the Physical. Saturn is the planet of structure, limits, form and organization.

Saturn represents the material world that limits that of the spiritual, in a way. However, even if it is an astrological malefic, Saturn has its very precious purpose, though difficult to get along. Saturn is a teacher, but a strict, cold one. Saturn’s lessons are bitter, but purposeful.

Uranus was father of Saturn, according to ancient myths, overthrown and castrated by his son. This dark story might seem threatening, considering we are about to talk of a difficult aspect between Saturn and Uranus in synastry.

However, the planet Uranus is associated with the principle of change, rebellion, innovation, revolution and reformation.

We could, perhaps, associate it with the myth, since Uranus was the first ruler to introduce a new order into the world, after the initial chaos.

Uranus is an astrological planet that represents specific sort of harmonious relationship between the spiritual and material.

The imaginative, creative power of the mind, one could raise their spirit above the pure material. Uranus is in favor with everything that is original, unique, a step ahead of everyone else.

Uranus could be associated with all great events that left mark in the history, such as amazing discoveries and inventions, rebellious and revolutionary movements, activism, reformations.

Uranus represents all the eccentric people, geniuses, people with brilliant minds and brilliant ideas. Some would say that the ‘children of Uranus’ that is, those under a great influence of this mighty planet, would definitely leave a mark in history; those are figures to be remembered.

Uranus is associated with everything that is out of the mainstream, out of limitations and conventions.

For Uranus, tradition does not play a role; Uranus crosses boundaries and creates new ones, then crosses them too. Uranus is a visionary planet, but it brings in great instability, especially in synastry.

It is responsible for sudden onset of events. We could say its influences are like sudden thunder strikes, expulsions, everything radical, unplanned, and unexpected.

Squares are 90-degree angles planets form in an astrological chart or, in this case, in between charts. Squares cause tension, obstacles, lack of tolerance and understanding. This is a heavy aspect that restricts the free flow of energy between planets.

The aspect emphasizes the energetic disharmony and makes the interplay of planets tense.

The square causes stagnation, problems, arguments, and it one has to bring it into consciousness, in order to resolve the tension. Squares could cause destructiveness, negative discussions and generally very unpleasant atmosphere.

In synastry, squares could badly affect the relationship, since it would be very difficult to find tolerance and compromises.

Saturn square Uranus definitely does not seem to be a promising aspect, now when we have in mind what the square itself represents and how much different were these planets from one another; from myths regarding the deities, to astrological symbolism and interpretation.

The planet of restriction in square with that of unlimited freedom would very likely cause troubles in a relationship.

This is a tense aspect, by all means, since on one side, we have strong, strict limiting energy that demands organization and seriousness, while on the other side there is this rebellious, individualistic, explosive energy that strives for constant change and innovation. In addition, they form a heavy aspect, not a favorable one.

This relationship is a constant fight of order versus chaos. Saturn naturally calls for serious approach, very analytical, very organized and limiting.

Uranus’ need for independence at all costs would not soften Saturn, in this case.

It would make the Saturn person try to leash Uranus, to restrain that unbearable unreliability. Uranus would very likely try to run away, in its free spirited way, sometimes even painted with stubbornness.

The Saturn person would soon realize he or she really needs security in a relationship.

Saturn is a malefic, but in this case, we should focus on its natural need for order. Uranus is natural born adventurer in the widest sense; Uranus’ mind does not know analytics and order the way Saturn knows.

Uranus wants to establish new ones, but unconventional, unusual or simply to cross all the traditionally set ones, in search for wide horizons.

There have to be other aspects that have attracted you to one another, so such powerful differences might not have been so easily recognizable at the first sight.

With time, however, each one more and more realizes how they want a relationship to develop. Saturn would very likely turn into the controller, and would become very demanding of the other one, in terms of commitment, organization, duty, obligations.

The more Uranus does not answer Saturn’s needs, the more insisting the Saturn person becomes.

As a result, Uranus would also become more rebellious or simply realize that he or she values their own freedom more than anything else does, more than the relationship, even if it has some very good sides.

Saturn square Uranus one of the most challenging aspects to overcome, if we look on it as isolated from other aspects. As we have said, there must have been some very favorable and magnetic other ones that keep you two together.

This aspect is not easy to handle, but having an insight into how it actually works could be helpful.

Saturn person would definitely remind her or himself of this valuable info. Each time you feel the urge to leash Uranus, try to give him or her just a bit more space.

Let Uranus show you limitations are not always necessary.

It will be hard to find a compromise here and harmonize these conflicting energies of order and chaos, but through patience and willingness to overcome it, it is possible.