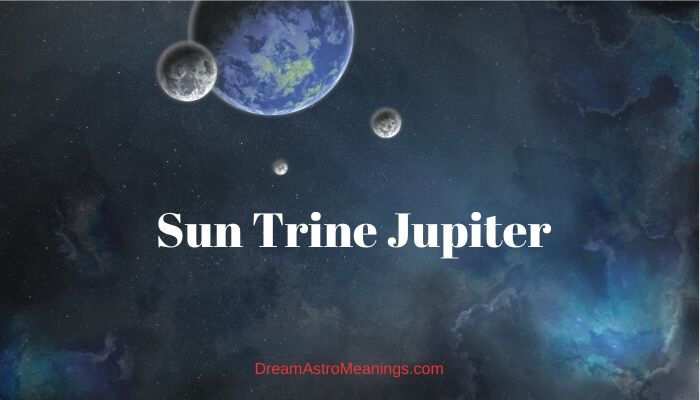 Most people know about astrology. At least, they know their Zodiac sign and read their daily horoscopes, and they don’t consider it as an accurate means to foretell future and discover important facts about someone, but rather as a fun activity to spend some time.

The reality is that astrology is a very accurate means to find out some facts about the future and about people, and even our ancestors were acquainted with that fact.

They studied the stars and the planets and gathered knowledge about their influence on people and the world in general. They called their study of the stars and planets astrology.

The origins of astrology go way back in time. First written records date back to the times of the ancient Babylonians. Astrology has many techniques for analyzing the planets and their influence.

Basic analysis of individual natal charts consists of analyzing the planets in signs and houses, as well as determining the aspects between the planets. These techniques are sufficient to give a lot of details about someone or some event.

The planet’s positions in natal charts are very important because they show the areas where most of activity will unfold and where the attention will be focused.

Aspects are equally important, because they show the traits of someone’s personality and the events and destiny they are likely to encounter. Events usually happen when the planets making the aspects are triggered by progressions and/or transits.

The aspects are divided in two major groups: major and minor aspects. Of course, the most significant are the major aspects, and the most important are the ones that are exact. Major aspects are sextiles, trines, oppositions, conjunction, and square.

The aspects can have beneficial and malefic nature. Those with beneficial nature bring peace and opportunities for progress while malefic planets tend to create conflicts and obstacles. They often prevent the person from achieving what they want.

The trine is a beneficial major aspect. It forms when the planets are at 120 degrees distance from each other. This aspect is considered as the luckiest by many astrologers. It creates fortunate opportunities and helps people achieve their desires.

They don’t need much effort to get where they want with the support of this aspect. The trine allows the person to get the best from the planet.

Synastry is based on the idea that people interacting with one another bring their planets into contact as well.

That is why synastry analyzes the birth charts of two people and compares their planets to determine the aspects between them and their placement in the other person’s birth chart.

The houses where the partner’s planets fall into their partner’s natal chart show which areas will be influenced by this person. The aspects show the compatibility between people and the possible issues they could experience during their interaction.

The most significant are the exact aspects between their planets because they give the overall theme of the relationship.

If most of the aspects are harmonious, this is a good sign, because it indicates good compatibility between the partners.

Their characters are compatible and they usually share many interests. They are interested in one another and are willing to put in efforts to maintain the relationship.

These two don’t allow issues to pile up between them and they try to resolve them quickly can because of their mutual desire to maintain their relationship stable and lasting. They are tolerant to each other’s differences and are grateful for the relationship they have.

If the majority of the aspects are challenging, the situation is different. This usually indicates lack of compatibility between the two partners.

They also lack interest to maintain their relationship stable. They can be critical and lack tolerance for each other’s differences. With challenging aspects conflicts are frequent.

These two usually don’t have a lasting relationship, and if the relationship happens to be lasting it is usually at a cost for both partners.

This is usually an indication of lack of interests between the partners; this is often a situation where the relationship doesn’t start at all, or it ends quickly because of lack of basic interests and compatibility between the two people.

The Sun is not a planet; this celestial body is a star, the most important star in our Universe. Without the Sun life wouldn’t be possible. The Sun is responsible for the creation of life on our planet.

The composition of the Sun is mainly hydrogen and helium. It is generally believed that the Sun was formed around 4.6 billion years ago.

Our ancestors noticed the importance of the Sun for human life and life in general, and worshiped the Sun as a deity. Sun worship was present in many human cultures around the world.

In astrology, the Sun is a symbol of vitality, life force, health, energy, willpower, life, consciousness, success, power, progress, achievements, etc. It rules self-confidence, determination and rationality. The Sun is the ruler of men in our life.

The Sun is a symbol of ego, selfishness, self-centeredness, vanity, etc.

Especially people born with strong influence of the Sun in challenging aspects to other planets might experience these negative traits of the Sun.

When the Sun is well-placed in the natal chart, it creates a person who possesses strong will and determination to succeed. These people are driven by success and often reach high positions in society.

Sun gives these people leadership qualities, and they often end up in managerial positions. Sun people always know what they want and go after it.

Sun people are usually open minded and creative. Generosity is one of their main traits, but if the Sun is afflicted in their natal chart, they might be overly generous, jeopardizing their financial security.

They might also be prone to bragging and showing off with their belongings and could be an easy prey for those with bad intentions because of their vanity. These people can be very egotistical.

The Sun’s placement in the natal chart indicates our focus in life and shows our basic personal traits. The Sun also shows how other people see us. Sun shows our motivations and things we find significant. It rules the sign of Leo, and is exalted in Aries. In these signs, the Sun feels best.

It should also be mentioned that the Sun rules initiative, ambition, progress, authority, abundance, arrogance, self-reliance, successful people and wealthy people. It is also the ruler of courage and selfishness.

Jupiter is considered the biggest planet in our Solar system. The composition of Jupiter is mostly hydrogen, and Jupiter lacks solid surface.

Jupiter was the supreme deity in the ancient Roman pantheon. Jupiter was the god of the sky, and was considered one of the most important gods up till the rise of Christianity.

Jupiter is considered the luckiest planet of all. Its influence is mostly beneficial, and even when it is afflicted, Jupiter usually doesn’t have a catastrophic influence. Sometimes, afflicted Jupiter might cause issues related to the areas it rules, especially finances.

Contrary to that, a well-placed Jupiter is considered a great blessing and people with such Jupiter usually have a lot of good fortune in their lives.

Such people have an abundance of opportunities to succeed and achieve their goals.

They usually rely on their good luck and don’t put in much effort to succeed. They are usually financially secured and have luck earning money.

Jupiter is the ruler of Sagittarius and co-ruler of Pisces. It is exalted in the sign Cancer. Jupiter placed in these signs is a fortunate placement and feels best when in these signs.

Capricorn is the worst sign for Jupiter to be placed in and in this sign it usually indicates lack of opportunities.

This planet has a fortunate nature, and in combination with other fortunate planets is responsible for creating success and advancement. Jupiter can bring the person enormous fortune, success and fame.

People influenced by Jupiter are usually relaxed and have easy going personalities, mostly because they are used to everything falling into place for them their entire lives.

When Jupiter is afflicted in the natal chart, this can sometimes cause the person to behave recklessly, especially in regards to their finances. They love things money can buy, and can be prone to overspending. They can also be prone to vice such as gambling.

Afflicted Jupiter can sometimes be the cause for someone’s bankruptcy. These people can also be prone to making unnecessary risks and risky investments which jeopardize their finances.

This planet travels around a year through one sign, which is why generations of people born during that year share the same traits.

When someone’s Sun makes a trine aspect to another person’s Jupiter that is a very fortunate aspect for their relationship.

It is an aspect that is often found in the synastry of long-term relationship couples or married couples. It promotes the longevity of commitment and relationship.

This is a very beneficial aspect. They both feel very generous towards one another and would do anything to make the other person happy.

If the Sun, Jupiter or both are afflicted in the natal chart this aspect will have a calming effect on the negative traits of these people. They will influence one another to stop overspending and protect their mutual finances.

This is an excellent aspect for any kind of partnership, especially marriages and business partnerships. These two understand and support each other and their efforts to succeed.

They could easily join forces and create something together. They respect and appreciate each other very much.

There is a strong element of cooperation between these two people and they will always find a way to make a mutual agreement that will satisfy them both. They have a strong desire to amend their issues and don’t let problems pile up. They solve them as they arise.

This aspect creates a sense of strong friendship between the people. They protect each other’s interests and are each other’s greatest supporters. They are willing to tolerate their partner’s differences and flaws.

They also boost each other’s confidence and make each other feel “at home” when they are together.

With this aspect, it is likely that they will help one another achieve success and climb the ladder of success, usually through influential acquaintances and good connections.

These two love luxury and the good things in life. This might sometimes be a problem because they might start overindulging in pleasures without anyone saying that it is enough.

Together these two might feel as if they could conquer the world. They inspire each other’s optimism and feel joy and happiness in each other’s presence.

The trine aspect between someone’s Sun and other person’s Jupiter is a very beneficial aspect in synastry.

It helps people to cooperate and support each other in their endeavors to succeed. They often have joint endeavors they work on accomplishing together.

Sun/Jupiter trine in synastry is a very fortunate aspect, which helps to neutralize the challenging aspects which exist between their planets.