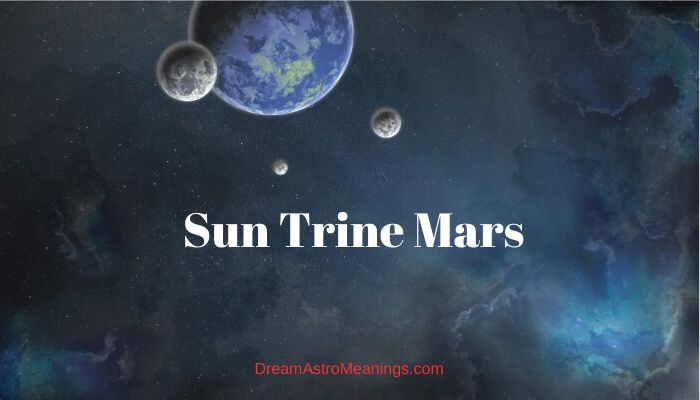 Astrology is a very ancient discipline which dates back to old Babylon. The importance of planetary influence was known to our ancestors.

They observed the planetary movements and noted their influence on people’s lives and the world that surrounded them. They collected their observations in a discipline which they named astrology.

Astrology interprets the meaning of the planetary positions in a certain moment of time, like the moment of someone’s birth or an event. The positions are placed in a natal chart and then analyzed using various astrology techniques.

Astrology analyzes the placements of planets in different signs of the Zodiac as well as the aspects between the planets.

It also analyzes the placements of planets in the different houses of the natal chart. These placements show the areas where the person will most likely focus their attention or where most of the activities is likely to take place.

The aspects are also important. They are relationships between planets formed when the planets are at a certain angle of distance. The most significant are the exact aspects. They might be major and minor and can have beneficial or challenging nature.

Major aspects are the most important for astrology analysis. These aspects are conjunctions, trines, opposition, square, and trine.

Beneficial aspects are those which create harmonious relationships between the planets that form the aspect. They allow the energy and nature of the planet to express freely and enable the planets to cooperate.

If the aspects between the planets are predominately challenging in nature, the situation is different. In this case, the aspect blocks the energy of the planets and prevents them from expressing their best nature. It creates obstacles and stops manifestations of desires.

Trines are beneficial aspects and have a fortunate nature. They are considered the most fortunate of all aspects. They are formed when planets are at a distance of 120 degrees.

Trines create wonderful opportunities for success and achievement of goals. They help the person to accomplish what they desire.

Astrology also has a technique to analyze relationships and their potential. It can be used to analyze whether a relationship has a chance to stand the test of time or not. The technique astrology uses is called synastry.

Synastry determines compatibility between people and the possible issues they could experience.

Synastry usually uses the basic comparative analysis. It makes a comparison betwee the natal charts of two people to determine their compatibility. It calculates the aspects between the planets and their placements in the houses of the partner’s natal chart.

The houses where the partner’s planets are placed reveal the possible areas where this person will influence their partner.

The aspects between two natal charts are also very important. They determine the dynamics of the relationship and the possible direction it could take. Harmonious aspects between their planets usually indicate good compatibility of characters.

They often share the same interests and are willing to put in the effort to maintain the relationship.

They don’t allow issues to pile up and they resolve as they appear. When the aspects between the natal charts of two people are predominately inharmonious the situation is different.

This usually indicates lack of compatibility and disagreements between the partners.

They lack understanding and don’t have tolerance for their differences. They usually don’t want to put in the effort to maintain their relationship and allow issues to pile up.

Sometimes challenging aspects indicate conflicts and in worst cases violence. This relationship might drain the partner’s energy and is often not long lasting.

Sun is a star, not a planet. It is the most important star of our Universe. Life wouldn’t be possible if the Sun didn’t exist. It is mainly composed of helium and hydrogen and its formation is believed to have happened around 4.6 billion years ago.

Ancient cultures were aware of its significance and worshiped the Sun as their important deity.

The Sun rules men in our life. It also symbolizes our ego. When the Sun is well-placed in the natal chart it gives the person its best traits.

When it’s badly placed in the natal chart, the Sun makes the person vain, selfish, self-absorbed, suffering from superiority complex, egocentric, etc. These people often believe that they are somehow better than other people.

Sun people usually have a powerful will to succeed. They are motivated by success and manage to climb up the ladder of success. Sun rules wealth and these people often manage to obtain it.

They are usually very successful. They know their priorities and they are focused to accomplish them. They often possess leadership qualities. These people often occupy managerial positions.

People influenced by the Sun are usually creative and have an open mind. They are usually very generous and love giving to other people. they usually selflessly share what they have.

In cases where the Sun is afflicted this could lead to this people being overly generous, which can jeopardize their financial security. They can also be prone to bragging and showing off their wealth. They might easily be taken advantage of.

The Sun also shows the person’s motivations and things that inspire them. It rules Leo and is exalted in Aries, which is where it feels best.

The planet Mars is a miniature planet. It is now the second smallest after Mercury which is the smallest of all. Mars is covered with red iron dioxide and that inspired the name “red planet”.

It is similar to our planet and that is why some people believe that life will one day be present on Mars. Some believe that it was present sometime in the past.

Mars is considered a planet with a bad reputation. Its nature is malefic, but it doesn’t always have a bad influence. It all depends on the aspects it forms and the placement in the natal chart.

If Mars is creating harmonious aspects, its influence will create a lot of energy, initiative, willpower and desire to succeed. Mars also gives endurance, leadership qualities, determination, and other similar traits.

Mars is the ruler of Aries and Scorpio and its exaltation is in Capricorn. When placed in these signs, Mars feels best.

People under Mars influence have a powerful personality. They are brave and determined to succeed. Nothing can stand in their way to achieving what they desire.

Mars in challenging aspects make the person brutal, aggressive, and capable of violent acts. This person might behave dominant and controlling.

They might also be prone to provoking people. They can be rude, competitive, impatient, and intolerant.

Sun/Mars contacts in synastry are very often present between the natal charts of married couples or couples in long-term relationships.

If the two people are not in a relationship, it is likely that they will be very physically attracted, regardless of the nature of their relationship (teacher/student, colleagues, business associates, neighbors, etc.).

The aspects between these two planets stimulate passion and physical desire between the people connected by it.

It is better when the aspect is harmonious (sextile or trine) because these two planets have a powerful nature, and challenging aspects might provoke fighting for dominance and leadership in the relationship.

When one person’s Sun makes a trine aspect to another person’s Mars, this makes a good combination that supports the longevity of their relationship, introducing action and energy into their partnership.

These two will be inspired to take action to accomplish their mutual goals and do things together.

There is a good cooperation between them, unless the Sun or Mars in the natal chart are afflicted, in which case, a lot of compromise will be required even with the trine aspect.

Regardless of the other aspects between their planets, it is certain that the attraction and passion between these two will be on a very high level. In some cases, they cannot keep their hands off of each other.

The relationship has a stimulating effect on both partners. It inspires action and the partners support one another to pursue their desires and endeavors.

If they manage to control their impulsiveness and their need to have the last saying in every situation, these two can make wonders and achieve great success in their joint endeavors.

They are both very energetic and enjoy activities where they can use their energy and experience new things. They have similar interests, and are usually physically active, which is another thing they could enjoy doing together.

With the trine aspect you realize the need to respect each other’s space and not stand in the way because that is the best way to make the most of your partnership. When both of you are satisfied you can use your energy to create your future together.

These two enjoy doing things for each other and making each other happy.

The Sun is usually the more generous side in this partnership, but Mars is also willing to do what is necessary to make their partner happy.

The most important characteristic of this aspect is the mutual support these two give each other. They boost each other’s confidence and encourage one another to go after their dreams. The level of energy in this partnership is intense.

With the trine aspect, both partners don’t feel their usual urge to compete against each other but are proud of each other’s success.

When they join forces these two can be invincible. There isn’t a thing or an idea they cannot realize. They enjoy working and doing things together. They also respect each other’s energy and enthusiasm.

These two are optimists who never give up and don’t allow obstacles prevent them from going after their desires. They don’t allow one another to stop and encourage each other to overcome and confront their challenges so they could move forward.

This is an excellent aspect for work relationships and situations where people do team work. It promotes cooperation between the people involved and mutual desire to achieve success.

These two inspire others with their enthusiasm for work and desire to achieve success.

The combination of one person’s Sun trine another person’s Mars is a fortunate one. It promotes the longevity of the relationship between these two people.

These two are usually very attracted to each other physically. They also admire each other’s energy and drive.

Together, they are able to achieve substantial success and work on their common goals and endeavors. They are enthusiastic about their work and inspire other people.

This is a common aspect in long-term relationships but is also excellent for any kind of work collaboration.