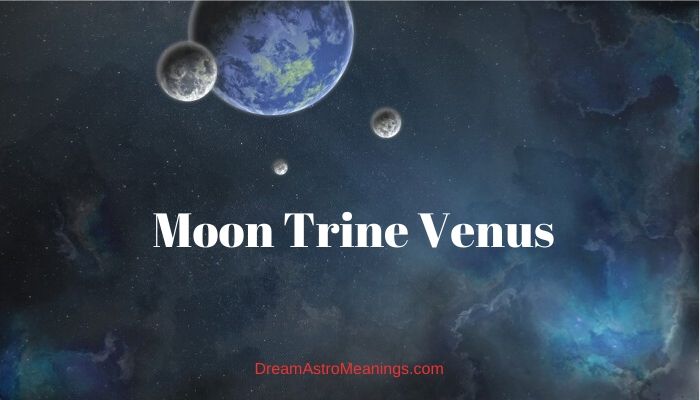 Human fascination with the stars and planets has a long history. Since ancient times people have discovered that the planets, the Sun and the Moon strongly influence life on planet earth.

They studied that influence and gathered their knowledge in a discipline they named astrology. They realized that planets transiting through different signs of the Zodiac and the aspects they formed while moving across the sky influenced personal traits of individuals and their destiny in general.

Astrology formed during a long period. Different techniques of analysis were made and experiences of different astrologers were added to the general knowledge about planetary influence.

The planets’ position during a certain moment in time, like someone’s birth, is a starting point of every analysis. The planets are put into a natal chart made for that exact moment and then these placements are analyzed.

The simplest analysis consists of analyzing the planets in the signs, houses, and the aspects they make. There are more specialized analysis used for different purposes like progressions, transits and other.

The planets’ placements in the houses of the natal chart, is especially important because it reveals the areas of focus and activity. The aspects are also important because they show the person’s character or the events that might happen in their life and in the world in general.

Aspects are angles formed between the planets which have a specific meaning. They are strongest when the degree is exact. The deviation tolerated differs for different types of aspects, and the biggest deviation is tolerated with conjunctions – 10 degrees.

The aspects can be minor and major. Major aspects have the most significance although some astrologers use minor aspects as well, especially when they are exact. Major aspects are the sextile, conjunction, trine, squares, and oppositions.

The aspects can have a favorable influence or negative nature. The influence of an aspect also depends on the nature of the planets creating the aspect. Favorable aspects allow the energy of the planets to be expressed freely. The planets cooperate and the person could get the most of their traits.

If the aspects have challenging nature, this often creates blocks and prevents the planets from expressing their best nature. The person usually has problems achieving what they want.

Trines fall into the category of beneficial aspects. They form when the planets are at a distance of 120 degrees. They are also considered the most fortunate aspect by many astrologers.

The trine creates opportunities for progress and achievement of goals. The person usually doesn’t struggle much to get what they want.

Astrology can be used to determine many things. It can also be used to analyze whether a relationship between two people will be a challenging and bothersome experience or not. The technique astrology uses for that is synastry.

The concept of Synastry is based on the idea that when people interact the planets in their natal charts interact as well.

That is why synastry analysis compares the natal charts of two people, and determines the aspects between their planets to find out whether they are compatible or not.

Synastry pays attention to the placements of planets from one chart in the other natal chart to determine the areas where this person is likely to influence the owner of the natal chart.

The aspects between the planets give the picture of the relationship. If the planets have mainly harmonious nature that usually indicates that the partners are compatible and get along well. This is often an indication of a long and stable relationship.

The partners have a desire to put in the effort to maintain this relationship, accept each other’s differences and be tolerant.

When the aspects between two charts are mainly challenging, the situation is different. This usually indicates lack of compatibility between the two people. There is also a tendency towards conflicts and disagreements.

The desire to make compromise and tolerate each other’s differences usually lacks. The partners can fight to prove who is right and these issues keep piling up because no one gives initiative to resolve them.

These relationships are usually short-lasting, but when they do last long, they represent an exhausting experience for both partners.

The Moon is a celestial body which moves around the Earth. It is the Earth’s natural satellite.

The origin of the moon is not certain, but is mostly believed that the Moon formed of debris that remained after the Earth collided with an asteroid. That happened around 4.5 billion years ago, not long after the formation of the Earth.

Some people don’t believe in this theory and have an idea that the Moon is an artificial creation of alien beings. The Moon is the brightest object on the night sky, and second brightest following the Sun.

In astrology, the Moon rules the Zodiac sign Cancer. Its exaltation is in the sign of Taurus. The Moon is the ruler of emotions, and different emotional states. It rules our habits, beliefs, and our subconscious content.

The Moon rules our home and reveals how much we are attached to our home.

The Moon also represents comfort and can show the level of comfort we have in our life. It also reveals the areas where we feel comfortable. The Moon is the ruler of care and nurture and shows this side of our personality.

It reveals how well we take care of ourselves and the people we love.

People influenced by the Moon are usually very sensitive but can be prone to moodiness. The Moon also rules our mood and these people could be prone to changing their mood quickly, seemingly without any reason.

The Moon rules women, especially the women in our life. It rules our mother. The moon also rules our motherly instincts and the feminine side of our personality. By the placement of the Moon in someone’s natal chart, an astrologer can determine whether the person embraces their femininity or not.

The Moon is the ruler of intuition and people influenced by the Moon are often very intuitive. They also know how to follow their inner guidance. These people are often shy.

The Moon rules our memories, which is why people influenced by the Moon have a tendency to hold on to the past and allow it to block their life and future progress. They can have a needy and clingy nature and can be very possessive.

These people love their home and love being around their family and friends. They are protective and would do anything to protect their loved ones. they also love good food and many struggle with weight issues.

The planet Venus is the ruler of beauty, love, and romance. The planet’s name comes from the ancient Roman goddess of love and beauty. The planet can be seen on the night sky and many call it “morning star” or “evening star”.

This planet is very close to the Sun and never distances more than 48 degrees.

It is the ruler of women, romance, love, art and artists, marriage, wealth, relationships, partnerships, luxury, wealth, pleasures, hedonism, gatherings, and similar matters. This planet rules Libra and Taurus and is exalted in Pisces. When Venus is in these signs it feels best.

Those influenced by Venus are usually good looking and love beauty. They love to wear beautiful clothes, live in beautiful homes, and always be surrounded by beauty. These people love spending money on beauty items.

If Venus is afflicted in their natal chart, they could be prone to overspending and jeopardizing their finances.

Venus is a planet with beneficial nature, but in challenging aspects to other planets it can make the person vain, spoilt, lazy, prone to bragging, selfish, self-centered, narcissistic, spendthrift, procrastinator, irresponsible, opportunistic, etc.

Some of these people love to indulge themselves and if they don’t have the means to do that, they won’t mind manipulating others to give them what they need.

Venus usually does that through emotional manipulation and making her partners pay the beauty she craves for.

Venus people usually have an excellent taste and personal style. Many people admire them and desire to copy their style.

They love art and often have talent for art. They very often choose some artistic or creative profession where they can express their love and talent for creating beauty.

Their homes are usually beautifully decorated and they don’t need to spend much money to create pleasurable surroundings. They have a gift for choosing the right items and they don’t have to be expensive.

When Venus has challenging aspects these people might be very self-absorbed and thinking only about their needs. They can also be inconsiderate about other people’s feelings.

If Venus has harmonious aspects, that makes the person sensitive to other people’s feelings and very polite and gentle.

These people are sociable and love being around people. They love social gatherings and meeting new acquaintances.

Many of them cannot be single for a long time and are thus prepared to compromise and be in a relationship which is not satisfying to them just to avoid being alone.

The trine aspect between one person’s Moon and another person’s Venus is a common aspect between the natal charts of married people or people in a long-term relationship; this aspect indicates compatibility, and helps support and neutralize other aspects with challenging nature.

This aspect is one of the best for any kind of contacts because it promotes friendship, cooperation, and mutual tolerance and understanding. These two enjoy each other’s company and have a lot of similar interests, especially related to art, culture, and fun activities.

The Venus partner will understand the Moon person frequent mood changes making him laugh and improving his mood.

She won’t be judgmental and irritated because is Moon is suddenly quiet and grumpy, but will patiently wait until the situation changes.

The Moon partner will appreciate Venus’s understanding and this in turn creates a relationship full of love and gentleness expressed by both sides.

They will both know how to calm the other side and do what it takes to calm any tension because they value their relationship and want to make it lasting. They love making compromises and try to accept and tolerate their partner’s differences.

These two sincerely love and like each other. They usually don’t confront each other even when they don’t agree on some subject. They seem to always work out things, which is an excellent thing to help maintain a relationship.

If these two live together, they will most likely have a beautiful and comfortable home environment where they will enjoy hosting their friends and family members enjoying their company.

These two truly appreciate being in a relationship with each other. In some cases, their shared interest in art and creative skills can inspire them to do creative things together.

When one person’s Moon forms a trine aspect to another person’s Venus, this creates a beautiful bond between them full of love and appreciation.

These two enjoy each other’s company and appreciate being in a relationship with one another. They are willing to make compromises and be tolerant to each other’s differences.

These two share many interests and often do things together. Venus is aware of Moon’s sensitivity and will be understanding to its frequent mood changes.

This is a common aspect between the natal charts of long-term couples and married couples because it helps the stability of the relationship and helps neutralize the negative effects of other challenging aspects. It is one of the best aspects to have for any kind of partnership.