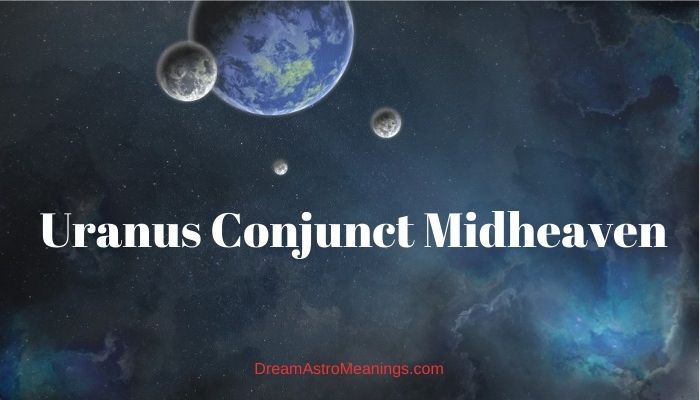 Astrologers associate Uranus with divine design and enlightenment. He sends down to people divine wisdom, the ability to foresee the future.

Uranus personifies the ancient god of the sky and is a symbol of heavenly illumination.

This planet expresses the highest celestial qualities, endowing people with foresight and wisdom, the ability to predict and predict.

Uranus reflects the archetype of the “great enlightener” living in every person. This is the side of the personality that strives for knowledge of the world and divine illumination. She tries to comprehend the higher mind, getting rid of stereotypes and prejudices.

Also, this planet reveals the gift of clairvoyance, sends heavenly revelations. These abilities are associated with the ability to foreshadow the future, that is, to feel changes subconsciously.

The insight sent down by Uranus does not depend on earthly morality, it is unprincipled and free.

It relieves of embarrassing circumstances, reflects progressive thinking, and encourages the establishment of a new life order. Uranus is a planet of rebellion and liberation from all sorts of restrictions.

In astrology, this planet symbolizes a protest against the conventions and attitudes imposed by society.

It launches in the subconscious the engine of progress, an inner innovator and revolutionary.

Uranus stimulates to destroy the usual order of things and establish their own rules of the game.

The energy of the planet prompts to find freedom by achieving unity with the heavenly mind.

Uranus is a symbol of change and innovation, rebellion and independence. This energy starts the process of renewal and rebirth.

To become free from the inside, a person must destroy all restrictions, rethink life values, and abandon traditions and family attitudes.

A complete spiritual “reset” provides for the rejection of stability, the elimination of everything old and obsolete.

The energy of Uranus frees up a place in a person for everything new and progressive. It focuses a person on the future and diverts attention from things and issues that have already lost their relevance.

By the location of this planet in the natal chart, you can see how ready a person is for changes and intellectual elevation.

In relation to Uranus in astrology, you can also find the definition of “the highest octave of Mercury.”

He moves the mind one step higher than the time and circumstances require. Uranus provides an opportunity to look into the future and take exactly those actions that will allow a person to keep up with the times.

Changes are vital for mankind, but most often they are perceived very painfully. Reforms of Uranus can be too radical, they literally turn the world upside down. That is why his brilliant ideas are rejected by society.

The influence of the energy of Uranus makes people give up stability and financial prosperity in the name of higher ideals.

Dependence on material things does not allow you to feel the taste for life and achieve the highest degree of inner freedom.

Uranus in the horoscope reflects the ability to adapt to different situations and the characteristics of the perception of changes. He also points out that in such areas, the adaptation process is more or less difficult. The Uranic principle is the pursuit of rebirth, innovation and originality.

Under the influence of Uranus, old social foundations are crumbling and new ideas are being born.

Through the fault of this planet, coups and revolutions occur, the lives of specific people are radically changing.

But in the overwhelming majority of cases, people are not ready for a new way of life.

The negative side of this planet is expressed in too drastic changes, in a rush to implement innovations without the necessary preparation.

Unlike Mercury, Uranus symbolizes intuitive knowledge that comes during the so-called flash of insight. According to the Uranian principle, it is truth that liberates man. Uranus leads the vanguard of scientific progress. Great scientists, inventors, philosophers, and art geniuses are born under his patronage.

The negative side of this planet can be expressed in the desire to shock people, behave defiantly and unbridled, as well as disrespect for other people’s opinions, denial of authority and the wisdom of elders.

If you do not control the energy of Uranus, a person can turn into a demagogue proclaiming utopian ideals.

Anyone born under the influence of Uranus needs to find a balance between the future and reality.

After all, not only the ideas themselves are important, but also how they are presented and implemented.

The Midheaven Meridian is located in the 10th House of Fame and Career. He shows the true destiny of a person, realizing which in full, he receives honors and happiness from being in his place.

Uranus is initially strong here, and being in one of the most powerful aspects, conjunction with the MC, influences fate not only in terms of choosing a profession, but generously supplies the ward with stresses, changes and unexpected events.

There will be no stability here, but this is a necessary condition for the development of talents and advancement to the stars through the thorns of external circumstances.

Plus, a person wants to go the unbeaten path, insisting on the originality of the creative path, using non-standard and risky ways to achieve goals in business and science, which is shocking and distrustful at first, until the first results.

Fate In a harmonious scenario, career success will bring advanced views and a modern innovative approach to business.

Native attracts unusual and risky activities that will arouse the curiosity and admiration of others.

Even if he chooses science, he will find something to surprise: a new revolutionary method or an external image, far from the idea of ​​a professor.

In marketing, these people easily attract the attention of the public with bright and provocative advertising layouts, and in astrology they instantly become famous for their categorical judgments and eccentric appearance.

For a long time, a person cannot choose who he is, a reformer or an anarchist, unconsciously or deliberately shuffling these images.

Therefore, routine work is contraindicated: there will be a conflict with bosses or colleagues because of little things.

People with the Uranus-MS conjunction do not want to be bosses, but they do not like to obey, freedom of expression in the chosen area is important to them. Freelance is their salvation.

Other important features of the aspect: independent line of behavior, love of freedom, aversion to traditional ways of any nature; difficulties with adaptation in society and finding a common language with the leadership.

unorthodox sexuality or a tendency to numerous novels at work; eccentric, unique and memorable creative expression (actor Jim Carrey and directors Steven Spielberg, Martin Scorsese, Woody Allen); a tendency to mood swings and mental disorders, the danger of playing in the exploration of otherworldly worlds.

with negative aspects – scandals and unexpected revelations of skeletons in the closet, which leaves permanent stains on the reputation (Woody Allen’s marriage to his stepdaughter); work in a team without a dress code and formal behavior conventions.

In a person’s life there will be many surprises associated with the irritation of the authorities, parents and law enforcement agencies.

Public love is also replaced by a period of disfavor and vice versa. Emotional and eventual swings are karma that must be accepted with dignity.

The native’s mother is most likely a creative and originally thinking person who taught him to see in the world a lot of secrets that need to be solved, or narcissistic and eccentric, with whom the child endured a lot of awkwardness and stress.

In any case, all the oddities of behavior, as well as interest in mysticism and space, come from the family.

With the Ascendant and the 7th house in air signs, it is more interesting for a person to be a cosmopolitan, to work in different branches of international companies, than to dive into long-term relationships.

For men with the Uranus – MC conjunction, an ideological partner is important, easy-going and not fixated on home, family, everyday life, with whom you can travel hand in hand. Women with this aspect fall in love with strange inventors, seeking to be part of their eccentric creative path. It is difficult to live with such people.

They are not at all interested in savings for the family budget, the acquisition of real estate, and stability is boring. They easily quit their hateful job, not thinking about the future, but they will definitely not be bored with them.

Practical implementation of the Uranus-MC connection Belief in one’s uniqueness and beneficial ideas for society is the key to success.

The uniqueness of images, ideas and their practical implementation, as well as an innovative approach to business, made Vivien Leigh, Steven Spielberg and Steve Jobs famous.

The native does not create just like that, he shows the audience the future, or he exposes vices with caustic humor, like Woody Allen, and the philosophy of Karl Marx completely changed the foundations of society for decades.

Psychologically, it is necessary to prepare for the frequent change of career directions, travel, business trips.

Thanks to the conjunction of Uranus with the Middle Heaven, extrasensory abilities, foresight of the future and telepathy appear, which will help the native not to be mistaken when choosing the options for professional directions offered by fate.

It is important to study psychology, develop sensuality and responsibility: Venus and Saturn.

Those areas of the horoscope that Uranus aspects or controls will need to be reviewed and abandoned.