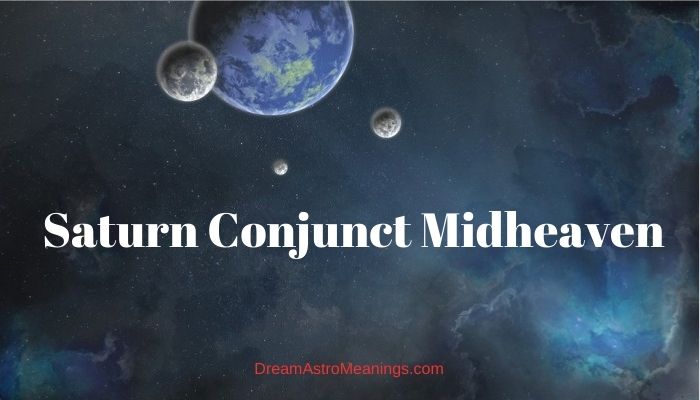 Saturn in the horoscope in astrology symbolizes experience, testing, the passage of time (Chronos), including patience. It is called the “planet of destiny”.

This is also the principle of limitation, collapse, since it is Saturn that gives any expansion a limitation, a rigid form, a frame.

This planet is viewed both as a past experience and as tasks that a person needs to solve. With “good” Saturn, a person slowly but surely reaches the goal.

The planet has not only an individual, but also a collective influence, since it has been in one sign for about 2.5 years and indicates the common thing that is characteristic of people born in a particular period.

Saturn is the most distant of the planets visible to the naked eye, and for many centuries, before the invention of the telescope, in the minds of astronomers and astrologers, the solar system ended on it.

This giant planet, second only to Jupiter in size, seems small and dim from Earth – all because Saturn is located very far from us, twice as far as Jupiter.

There are many mysteries associated with Saturn. Suffice it to recall the appearance of this planet, surrounded by a ring, over the origin of which scientists continue to argue.

True, the ring, now known to any child and giving Saturn a particularly “cosmic” appearance, was learned only in the 17th century.

The rings of the planets are formed as a result of the collision of satellites with Saturn and the dispersion of their matter in the orbit of the planet.

However, how symbolic – the planet, as if “taking into a ring” the visible part of our local space, is itself marked with a ring.

Saturn ranks seventh in astrological order – and now it is known that its ring is heterogeneous, it consists of seven main rings and many additional ones.

Saturn is a type of gas planet: it consists mainly of gases and does not have a solid surface.

The equatorial radius of the planet is 60,300 km, the polar radius is 54,400 km; of all the planets in the solar system, Saturn has the greatest compression.

Therefore, although the masses of Jupiter and Saturn differ by more than 3 times, their equatorial diameters differ only by 19%. The density of the rest of the gas giants is much higher (1.27-1.64 g / cm?).

It is also interesting that Saturn actually has its own planetary system – it has as many as 62 satellites. And one of them, Titan, is larger than the planet Mercury, has its own atmosphere, in which scientists have discovered carbon and various interesting chemical compounds.

There is speculation that there may be life on Titan if it doesn’t feel too cool at -180 ° C.

Although who said that life is possible only in the form we know? It is known that rivers of liquefied methane literally flow on Titan. Apparently billions of years ago, Titan was captured by the gravitational field of Saturn, and now it is just one of the satellites.

Astronomers unanimously argue that if Titan had an independent orbit around the Sun, it would be immediately recorded in the planets.

We now know that there are planets and beyond its orbit, Saturn continues to limit the area of ​​the solar system available for direct human perception.

In traditional astrology, they said that Saturn is the Guardian of the Threshold, he personifies the border between the real and the unreal, tangible and illusory, accessible in direct experience and what a person can touch only after leaving his physical body.

He protects our existence, does not allow us to dissolve in the vastness of the incomprehensible.

The image of the border, the limit, which cannot be crossed without serious consequences, extends to other astrological meanings of Saturn.

This planet symbolizes obstacles, restrictions, hardships, it reminds of the inevitable end of all affairs – including life.

The Saturn principle gives structure and dimension to everything. For example, in the human body, he controls the skeleton, the support of the body, and the body covers that protect us from the external environment.

Generally speaking, in one sense or another, Saturn contradicts all visible planets. The Sun gives a person energy, and Saturn takes it away, the Moon feeds life, and Saturn reminds that “nothing is eternal under the Moon”, Mercury seeks knowledge, and Saturn says: stop, you can’t go on – hold on to logic, otherwise you will lose your mind.

Success is most often late, and before becoming famous, you have to prove your right to the throne, overcoming many obstacles and barriers. Staying true to the principles of justice and order, the native will find what he wants.

However, there are exceptions: in the map of Napoleon Bonaparte, the conjunction of Saturn with the MC did not prevent him from becoming one of the youngest generals in history.

Other important manifestations of the aspect: absolutization of the goal to the detriment of feelings and family, conservatism, stubbornness.

the desire to structure the world around them according to their own canons, to expand ownership, whether it be a company or land with real estate, and to manage it yourself; success is achieved alone, not in a team, but the native will not mind if supporters follow him when their desires coincide.

A test of criticism always precedes a dizzying success, this was the case with Napoleon and with Picasso, who was criticized for his completely Saturnine Cubism; the owner of a horoscope, regardless of his desires, always becomes an example for society, and it depends only on him whether it will be positive or negative.

The main problem and a karmic lesson at the same time is not to abuse the power received, violating the principles of decency, because then the collapse of the empire cannot be stopped: the example of Hitler and Bonaparte is proof of this.

The secret of the successful reign of Elizabeth II (with Saturn at its zenith) is in a structured adherence to a schedule of life with full adherence to protocol.

The dominant parent is most often the mother, if she is alive. Saturn in conjunction with the Middle Heaven shows the severity and captiousness of the main educator in the family, as well as the tragedy of his unfulfilled dream, because of which the mother or father strives with all their might to raise the performer of their unfulfilled desires.

The middle of heaven (MC) shows the area where a person will not only succeed, but fulfill the highest karmic destiny. Finding, in addition to money and fame, a feeling of deep satisfaction from being in his place in the world, the native becomes truly happy.

To determine the scope of activity, the zodiac sign of the 10th house and the planet near the Meridian are taken into account.

The powerful aspect of conjunction with Saturn speaks of the strongest influence of this planet on the choice of profession and behavior in achieving the desired goals.

Surprisingly pessimistic and strict Saturn here generously endows with high leadership positions, honors and financial flows to support ambitions, but as usual with the planet of order, subject to discipline, hard work and perseverance.

It is important to remember about the first return of Saturn when the native turns 29 years old.

This is a time of fateful events that will determine the future for many years to come.

In general, the circumstances of life from early youth make a person take responsibility for himself.

Most likely, his mother brings him up in severity, accustoming him to discipline and responsibility, which is perceived by him with inner joy, especially if the planet of order is in Virgo, Libra, Capricorn, since this fully corresponds to his subconscious attitudes.

It is more difficult for owners of fire signs in 10 and 1 houses, but in the end it will help structure the flame of emotions and ambitions and achieve the highest results in politics, government, science, sports, business and medicine.

A harsh upbringing provides either hardening and self-confidence, or suppressed anger that bursts out when gaining power.

The native’s bosses are more likely to be elderly workaholics, with tight schedules and tight deadlines, and praise is a rare reward.

But ambition and a thirst for the glorification of the name drive the owner of the horoscope forward, despite criticism and a 12-hour working day. In personal relationships, it is more difficult for girls with Saturn on the MC.

It is difficult for them to show femininity, let alone flirt. They are withdrawn, focused on their careers, and emotions, in their opinion, interfere with the very advancement.

Therefore, marriage happens late, unless the harmonious and strong position of Venus saves the situation. For men, work and the conquest of the world are in the first place, and if there are problems with this, then the family goes to the tenth plan.

It is difficult to live with such a person, he will always prefer serving the idea to merry holidays and travel. It is easier if the Ascendant is in the signs of Gemini, Libra, Sagittarius and Cancer.

With the correct use of the principles of the planet of justice, it is easier to bypass the pitfalls and overcome the obstacles that it builds to test its strength in order to reward the worthy.

It is Saturn who tests a person for compliance with the bright side, because many owners of the aspect became famous for their destructive deeds, unable to withstand shocks, like Hitler, a failed artist who, after devastating criticism of his paintings, left for political and military terror.

Success in a career requires clear planning of any goals, respect for elders and the elderly, the ability to work under guidance from more experienced and authoritative figures, rather than trying to become a role model right away, without practice.

You will also need to cultivate a philosophical attitude towards criticism and overcome shyness, especially with the Ascendant in Virgo, Pisces and Cancer.

As a result of personal ambitions, family happiness is lost, so it is important to devote time to loved ones, and most importantly children, which will reveal the native’s unexpected talents.