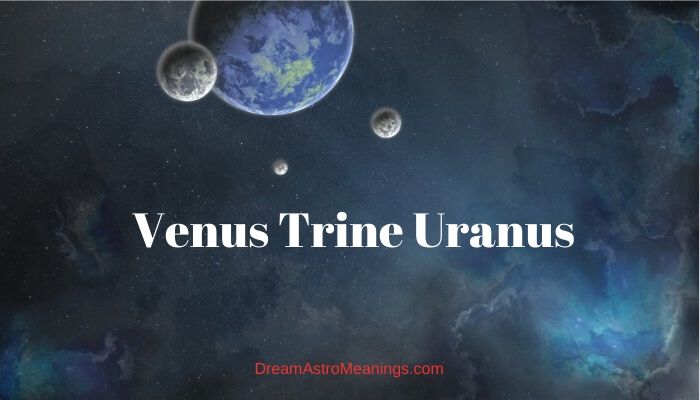 Astrology is an ancient study of the influence of planets and stars on humans and life in general.

People noticed the impact the Sun and the Moon had on life on the planet and respected these astronomical bodies as deities. They also observed the planets and noted their impact on people and the world that surrounded them and recorded these observations.

Astrology is very old, and the oldest written records of this study date back to ancient Babylon.

Today, many people know their Zodiac sign and know something about its characteristics, but many still don’t know the actual relevance and power astrology has.

Astrology can give valuable insight about someone’s personality and character traits, their preferences, desires, interests and the likely destiny this person could have. Astrology can also predict events in the future.

The astrology analysis begins with the natal chart. This is the chart of the planetary positions for a moment in time, usually the moment of someone’s birth.

The astrologer analyses personal planets in the natal chart such as Sun, Moon, Venus, Mercury and Mars and the meanings of the signs of the Zodiac where these planets are placed.

The astrologer also analyses the planets in the houses and the aspects between planets. The aspects are certain angles planets are forming which have specific meanings. They can have harmonious or inharmonious nature and they can be major and minor aspects.

Aspects with harmonious nature have a beneficial impact and allow the planets to fully express their best nature and to co-operate with one another, allowing the person to get the best from their energies. They create opportunities for the person’s progress and success.

Inharmonious aspects are different.  They usually create obstacles, delays, and sometimes they even prevent the person from getting what they want. These aspects can also create conflicts and disagreements and require a lot of patience for the person to get their desired results.

Trines are favorable aspects created when the planets form a 120 degrees angle between themselves. Trines create fortunate opportunities for progress and success and are by most astrologers consider the luckiest aspect.

Astrology can also be used for analyzing partnerships and their nature and lasting potential. The technique astrology uses for this kind of analysis is synastry.

Synastry first determines the personality and preferences of the two individuals by analyzing their birth chart and then it compares their natal charts to determine the aspects between them.

It also determines the houses where the planets from one chart fall into the other chart because these houses reveal the areas where the relationship is likely to influence this person.

The aspects reveal the compatibility of their natures and show whether it is likely that this relationship will be lasting or short-lived; this is determined by the nature of the aspects between their planets.

For example, if they are predominantly challenging and negative, this usually creates conflict and disagreements; it is a sign of lack of compatibility and understanding between the partners; it also indicates lack of tolerance and will too to put the effort to maintain the relationship.

If the aspects are predominantly beneficial, this is an indication that the two people have sincere interest for each other, they get along well, have tolerance to each other’s differences, and are willing to do what it takes to maintain their relationship.

This is an indication of compatible natures that are aware of the value of their relationship. These relationships are usually lasting.

Sometimes the analyses reveal no significant aspects between two charts, which is often a sign of lack of interest between two people.

Venus was the beauty goddess for the ancient Romans. She was also the goddess of love, romance and romantic encounters.

The planet Venus, who carries its name, is the brightest planet visible in the night sky. Because of this brightness Venus is also called the morning or the evening star.

Venus rules Libra and Taurus. People influenced by the planet Venus are usually very sociable and hate being alone.

These people cannot be single for a long time. They love being in company of other people rather than being alone, even when that company is not someone they enjoy spending their time with.

They are tolerant and easily make compromises. When Venus makes beneficial aspects in the chart, this makes the person kind, gentle, sweet, well-mannered, and helpful. These people make sure they never offend anyone and are very polite.

When Venus makes negative aspects this can make the person selfish, self-consumed, irresponsible, lazy, self-indulgent, prone to manipulation, prone to overspending, focused only on them, etc.

Venus people are usually artistically gifted and lovers of art. They are creative and talented, and enjoy creating beauty. These people are fashionable and good-looking and pay a lot of attention to their personal style and the way they appear in public.

Many people admire their style and copy it. In some cases when Venus is afflicted they can be very superficial and only concerned about material things and the way they look.

Afflicted Venus can also make the person thoughtless and reckless about their spending.

These people can be obsessed with shopping  and buying things even when they don’t need them just because they’re the latest fashion or they’re simply beautiful and appealing to them.

With the way that they are spending money, they might seriously jeopardize their financial situation; this is something that they should be pay a lot of attention to and learn to control their spending as well as change their spending habits.

Many Venus people are artists or choose some other creative profession. They don’t like hard work and prefer a job that has to do with creating beauty whether physical or material.

Uranus is alongside with Neptune the coldest planet in our Solar system. Its temperature lowers up to – 224 degrees Celsius. Its exterior is cloud layers and its interior is rocks and ice. This planet has 27 moons and like Saturn, it has a ring system.

Uranus is a name of the Greek god of the sky which was also the grandfather of Cronus and father of the god Zeus. This is a very old deity; one of the oldest in ancient Greece.

When Uranus is making challenging aspects in the birth chart this can be a warning sign because it can bring some unexpected disasters, challenges, problems, and changes that have a transformative effect on the person’s life, usually in a negative way.

Uranus events come as a surprise and cannot be predicted nor prevented. They are beyond the person’s control.

The transformative role of Uranus is often in clearing the path for the new to come into the person’s life. Sometimes Uranus events have devastating effect on the person.

Challenging aspects of Uranus are responsible for revolutions, bankruptcy, accidents, destruction, money loss, and similar events. Uranus is a generational planet and initiates major transformational events in the Society.

People who are under the strong influence of Uranus have unique personalities and are different than most people. Their behavior is unpredictable and they tend to shock people with their reactions and attitude.

They sometimes do that on purpose because they want to see the reaction they provoke.

These people are eccentric and this is the general trait. They are very intelligent and quick-witted and they’re often innovators in their field. They always enjoy doing new things and making changes in their lives.

They’re also into extreme activities and sports and they often risk their lives and safety by participating in such events.

Uranus ruled people don’t like authority of any kind and they often oppose it. They also don’t like social rules and regulations and many of them enjoy breaking them.

These people are strong and decisive individuals and they like to make their decisions without being influenced by anyone. They also don’t like their independence and freedom mean jeopardized by anyone.

Even when they’re in relationships, these people prefer to keep at least some part of their freedom.

Depending on the nature of the transiting or progressed aspect, they can have beneficial effect or they can have devastating effect on the person’s life, often transforming it completely.

The planet Uranus is the ruler of breakups and divorce and is often to blame for the ending of relationships.

Venus trine Uranus in synastry is the best aspect to have between the natal charts of two people, especially if they are romantically involved.

For this relationship to be a lasting union it will take some more harmonious aspects of personal planets.

Venus will be mesmerized by Uranus’s interesting and unpredictable nature, and he will love her for her beauty. This is a strong indication of physical attraction and there’s no doubt that there will be a lot of satisfaction in that field on both sides. The main problem with this relationship is its longevity.

Uranus doesn’t want to be tied down, and if the person whose Uranus is involved in this aspect is a typical Uranus person it might be hard for them to please Venus’s strong desire for a union where both partners are inseparable.

Uranus needs to keep his freedom and Venus will have to accept that or end the relationship.

This is an interesting partnership; it would be better if these two remain friends, or if they are in some kind of work related partnership.

This union requires a lot of compromise and adjustments on both sides, and there is no guarantee that the partners will be able to stick to these adjustments and compromises.

Venus trine Uranus in synastry is a bit of a challenging aspect, even though the trine has a harmonious nature.

The main reason is the basic difference of their natures and their main preferences in life and in relationships.

This relationship will require a lot of compromises on both sides and tolerance of each other’s differences.

It is unlikely that the partners realize that it requires too much sacrifice of their basic needs and decide to end the relationship.