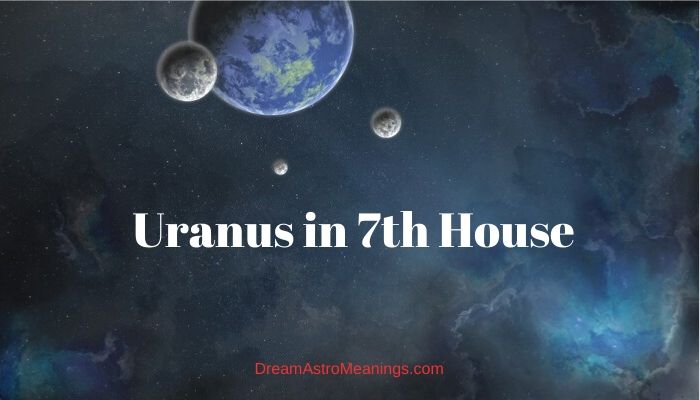 People are mostly unaware of the usefulness of astrology for our lives. The fact is that most people know only their Zodiac sign and some details about it.

Astrology is used as a fun subject to talk about, but people usually don’t know its true reach.

Even though our Sun sign is very important and can give a lot of insight about our personality, astrology can be much more precise and detailed than that.

Astrology gives us information about someone’s personal life, personality, behavior, and possible life events. It can reveal details about future, situations, relationship potential, and give answers to many other questions.

Astrology can help us make the right choices and decisions and prevent mistakes.

Astrology interpretation starts with the creation of the natal chart; it represents the image of the sky at a certain moment. By analyzing the positions of planets in that moment, the astrologer discovers the answers to all questions.

Fortunately, the process of creation of natal charts nowadays only takes seconds, because they are calculated by computer programs.

It easy to make a natal chart for everyone these days; the interpretation on the other hand takes time, and requires a skilled and experienced astrologer.

The chart consists of a wheel and 12 houses. Each of the houses rules different parts of our life. Those with planets are the most important, because they reveal the astrologer the focus of attention and give insight to where the action is.

Planets in houses give additional meaning to the areas ruled by the house and their energy influences these areas.

Besides other things, astrology is used to determine compatibility between partners and the outcomes of relationships. A technique called synastry is used for that.

The astrologer compares the natal charts of two people, especially analyzing the planets from one chart placed inside the other. This shows the astrologer the impact of the relationship on the partners.

The planet Uranus has temperatures which lower down to -224°C, which makes it the coldest planet in the Solar system.

On the outside of this planet, there are layers of clouds, and its inside is composed of ice and rocks.

Uranus has a ring system like Saturn, and 27 moons. Its name is derived from a name of a Greek god. Uranus was the sky god for the ancient Greeks and was the father of Cronus and grandfather of Zeus.

This planet is the ruler of all unpredictable, sudden events with possible disastrous consequences.

When Uranus is making favorable aspects with other planets in the natal chart, this can be an indication of sudden opportunities for achievement of goals and desires. This planet initiates transformative events that change the person forever.

These events bring a lesson that the person should learn or make the person confront some issues they were avoiding confronting. Sometimes, the event has a clearing effect, making space for new things to come.

People under the influence of Uranus, have an unconventional usually unpredictable nature. These people enjoy the fact they are different from others. They love their uniqueness, and they make sure that they stand out from the crowd.

Uranus people often have an unusual hairstyle, or dress differently, or possess some other traits which differentiate them from others.

These people don’t like being told what to do. They don’t like authorities and have a hard time receiving orders. Especially if Uranus is afflicted in the natal chart, these people often come into conflicts with authorities in their life, such as their bosses, parents (usually father), etc.

There is a strong desire in them to be their own boss, and they usually manage to accomplish that. They are often breaking the rules of society and their behavior can be unpredictable and awkward according to most people.

Uranus people are eccentric and many of them might enjoy shocking people with their behavior just to see their reactions. These people usually don’t care what others think about them, and they behave as they feel like. They are authentic and true to themselves, never trying to please others.

They love new experiences and being the first to do new things. Risks don’t scare them; they are prone to taking risks, and often jeopardize their lives. Their adventurous spirit often brings them in various threatening situations.

Routine jobs are the most irritating for these people; they prefer having space and organizing their work schedule. A freelance job is the best option for them.

Uranus people are creative and enjoy expressing their creativity. They are also innovative and often find out new ways of doing things that others later accept as a standard. They are always inspired to do something new. They easily get bored by people and situations.

These people are inspired to make changes; they make them often and enjoy the newness they bring into their lives. They are aware of the benefits they bring.

These people tend to always look into the future, and are usually able to release the past quickly. They don’t hold on to things and feelings that are detrimental for them. Instead, they remove themselves completely from a situation or a person, and continue their lives without turning back.

This is a very good trait, because it keeps them from wasting their time lamenting the past.

The seventh house rules all kinds of partnerships, but is mostly known as the house of long-term relationships and marriage.

They can give an accurate description of the person’s ideal life mate. They also give insight about the nature of the person’s long-term relationships and partnerships, indicating whether they could be lasting and harmonious or not.

This house can reveal whether the person is likely to experience love disappointments or they will have a satisfying love life.

The seventh house is the ruler of our spouse, or long-term romantic partners, our business partnerships and partners, our enemies, marriage, divorce, the public and our relationship with the public.

The 7th house and the planets (if there are some) give information about possible issues the person could experience in their partnerships.

Benefic planets are a good sign, while malefic could indicate potential issues the person will be forced to deal with. This house can describe not only our romantic partners but also our enemies.

Different planets inside the seventh house describe different traits of our potential partners and details of our relationship with them. For example, Saturn in 7th house could be a sign of an older partner or someone who is overly serious, etc.

Jupiter in this house could indicate someone who is adventurous, travels often, or belongs to a different cultural background.

Uranus in 7th house is often a warning sign for all kinds of relationships and partnerships, especially marriage and long-term relationships which have a similar nature to marriage.

This is often an indication of sudden marriage and commitment, but also sudden endings of relationships and divorce.

Uranus in 7th house is also an indication of divorce and possibly more than one marriage. It can also indicate the inability of the person to establish such a commitment because of their need for change.

People with Uranus in 7th house are drawn to eccentric partners who somehow stand out from the crowd. These people are usually not fond of traditional commitments and prefer open-type of relationships.

Their unconventional approach to relationships and marriage is often to blame for their frequent breakups and divorces.

For these people, it is essential to have a partner who has an understanding of their need for freedom. These people aren’t jealous and possessive and their partners should be the same.

They need to keep a part of their life just for themselves and their partners should accept that, otherwise, they won’t be able to stay in their lives long. These people are selfish when it comes to their time and it is hard for them to decide with whom to share it with.

Uranus in seventh house can also be a sign of multiple relationships and cheating. They don’t want being pressured into commitment and no one can make them commit if they don’t want to do that.

If they feel that a partner is being needy and is pressuring them in some way they don’t have a problem leaving the situation, often without an explanation.

These people can get attached to partners who inspire them and have a life outside the relationship with them.

They want someone who won’t focus all their life activities around them, but has their own thing that occupies their time. They have a variety of interests and activities, and they don’t want to share them all with their partner or spouse; this is something their partners will have to understand and tolerate.

If they feel their partner is supporting this need, their response to their partners will be loyalty and commitment.

When someone’s Uranus falls into the seventh house of another person, this is often a sign of a sudden relationship between them. The Uranus person often has a role in the seventh person’s life, to help them understand and change something related to their partnerships.

The experience might be short-lived, but the lesson might last a lifetime. The seventh house person might consider the Uranus person very exciting and attractive, and there might be a lot of chemistry between them.

Uranus will help the 7th house person to improve their image of an ideal partner. When the Uranus role in the seventh house person is done, the relationship between them often ends.

Sometimes, Uranus in 7th house in synastry might be a sign of some unexpected disastrous event the partners could experience together that might change their lives, especially the life of the 7th house person.

Uranus in seventh house is often an indication of an unstable romantic and married life. The person with this placement is often prone to changing partners, and incapable of long-term commitment.

Divorce and multiple marriages are a common subject of this placement. These people are attracted to Uranus types of partners.

When Uranus is in seventh house in synastry, this could indicate transformative events in the seventh house person related their partnerships.

Sometimes, it can be a sign of some accident they could experience together.