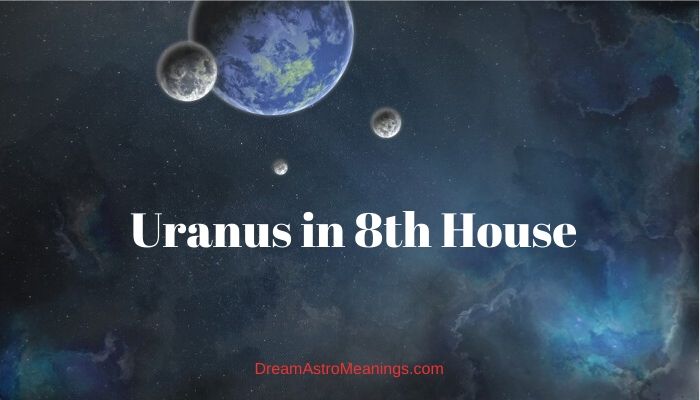 Astrology is an important means for analyzing people and situations, even though many people consider it only a fun subject to talk about. Astrology was developed through centuries, and its origins date way back in time.

It is an ancient study of the stars and planets and their influence on human lives and the world around us. It analyses the planets’ positions at a certain moment to discover information about people and situations.

It might be used to predict future events and discover personal traits, interests, beliefs, etc. It can determine outcomes of situations and relationships, and estimate whether a relationship has the potential to last or not.

Astrology interpretations and predictions can be very accurate if performed by skilled and experienced astrologers.

The basic interpretations consist of analyzing the placement of planets in the natal chart in Zodiac signs, the aspects between the planets, the chart rulers, the house rulers etc.

The astrology interpretation starts with creating a natal chart, which is actually the image of planets’ positions in a specified moment, usually moment of someone’s birth. It is calculated using date, time, and place.

The interpretation of the natal chart is still a serious business, which requires a skilled astrologer.

The chart consists of 12 houses, which rule different parts of life. The ones containing planets are the most significant because they give the most information.

They show where the focus and action are, and can give insight about personal traits, as well as future events. These planets influence the house ruled matters with their energy and meanings.

Astrology might also be used to analyze relationships and their potential. The astrologer can analyze and compare the charts of two people to determine whether their natures are compatible and what is the possibility of their relationship being a stable and lasting one.

This technique in astrology is named synastry. In synastry, the houses of the natal chart are important as well; the astrologer analyzes the meaning of the planets of one chart placed inside the chart of the other partner.

This analysis gives information about the impact their relationship has on both partners, especially the house person.

Uranus is a planet first discovered in 1781; it is considered the coldest planet. The inside of the planet is ice and rocks, and on the outside it is covered with layers of clouds. Uranus has 27 moons; it also has a ring system.

The planet Uranus rules unpredictable events and events which trigger major transformations, in individual lives as well as in society. The changes Uranus brings into our lives cannot be predicted or controlled.

Depending on the state of Uranus and the aspects it is making with other planets, its influence can be beneficial or devastating.

Its influence is destructive, but Uranus sometimes destroys the old to make space for something new and improved, and sometimes the effects are disastrous and irreparable.

Uranus rules changes and teaches people to embrace them. It teaches us of the need to accept change as an inseparable part of our lives and trust that it has a purpose.

The purpose of Uranus changes is sometimes difficult to discover because of its often devastating effect, but it always exists.

Uranus people are often rebellious and enjoy opposing authorities. These people love their freedom and independence more than anything, and don’t like being told what to do. This is why they don’t like routine jobs and being a part of the crowd.

These people value their individuality and don’t like to be compared to others.

They love breaking the rules of society and their behavior is often unpredictable and eccentric. They have a tendency to shock people because they desire to see their reactions.

These people think fast and are very intelligent. Most people find them awkward and they often are because they are so different than others.

There is something unique about them even if they don’t appear that way on the outside. Uranus people are usually creative and their creative endeavors are often eccentric.

They are prone to taking risks and doing risky activities, extreme sports, etc. They want to be the first to try out new things and that is always risky. They also enjoy experiencing new things.

People under strong Uranus influence often have an eccentric personal style, especially their hair and dressing; they want to be different from others; this is often their way of attracting attention of people and getting their confirmation that they are different.

They love their freedom very much and will never allow anyone jeopardizing it. They will remove anything and anyone who tries to do that from their lives without much thought.

They give freedom, but also require freedom for themselves. They cannot tolerate needy and possessive behavior.

Such people irritate them and don’t have a place in their lives. No one can control them or restrict them in any way if they don’t decide that they want that. That is the way they treat their friends as well.

If someone tries to manipulate them emotionally, they will usually remove themselves from such relationship without giving any explanation.

These people don’t tolerate any kind of pressure. They can be very direct and don’t pay much attention to their attitude which can cause issues with other people, especially in their romantic involvements.

They love changes, and enjoy making them; they also inspire others to make changes. They know how changes are important to make space for new things to enter. They embrace change as an inseparable part of their lives.

Events ruled by this planet often have a devastating effect on lives and change them forever.

The 8th house rules to matters of death and situations related to death. This house also rules emotions and deep emotional experiences which transform the person’s life as well as their soul; symbolically that is represented as if the person died as a result of the experience and was reborn as a new person.

This house rules matters we want to keep secret and hidden. The 8th is the house ruler of transformation and changes that could happen in the areas ruled by the eighth house and the ruler of this house.

It shows whether the person is likely to have some fated encounters with people, or whether they will be obsessed by something or someone.

By analyzing this house, the astrologer can determine whether the person is obsessive or not.

If there are planets inside the 8th house, they should be carefully analyzed because they can reveal a lot of details about the matters ruled by this house. Sometimes, the planets can indicate someone’s death.

People with many planets in the 8th house, could be very secretive and interested in occult and secretive matters. These people often practice secret knowledge.

Sometimes, they are obsessive and jealous; they could also be prone to controlling others, manipulation and dominating others, revenge, hatred, and other negative feelings and behavior.

The eighthhouse rules other people’s money; this includes our partner’s or spouse’s money.

By analyzing the state of the 8th house the astrologer can determine the person’s partner financial situation.

If there are beneficial planets inside the 8th house, the partner or spouse is likely to be wealthy; if the planets are malefic, this is often a sign of a partner who could be cause financial problems and debts to the person.

Beneficial planets inside the 8th house can indicate that the person is fortunate in handling other people’s money. This is often a sign of inheritance the person could receive from someone. The person pays off their debts with ease. Their business partners are financially well-off and help them prosper.

If the planets inside the 8th house are malefic, this is an indication of debts, financial problems, and financial threats from business partners who might be broke and drag the person with them.

Uranus in 8th house is usually an indication of powerful transformational experiences the person could experience.

This house rules other people’s money, and when Uranus is placed inside, it could either indicate sudden gains or sudden losses from other people.

This can also be a sign that the person’s partner has a changeable financial situation and that they can be very financially unreliable.

The planet Uranus in 8th house is often a sign of a sudden death of someone close the person could experience. This could probably cause a great emotional shock for the person and induce a transformation which will change the person completely.

The lesson which this experience brings to the person could be to learn to detach from people and situations so they could easily deal with life and its unpredictability.

The person needs to learn that everything changes constantly and people often cannot remain in our lives.

Uranus in eighth house could indicate sudden and unexpected revealing of secrets which the person tried to maintain hidden. This could come as a shock to the person but force the person to confront the situation so they could deal with it.

Uranus in eighth house in synastry is usually a sign that the Uranus person will introduce some kind of change in the eighth house person’s life.

The role Uranus has in the eighth house person’s life is usually to make them become aware of these suppressed emotions and try to confront them. The Uranus person will help them in the process.

This placement of Uranus between the charts of two people usually indicates a short-term relationship between them but with important role in the 8th person’s life.

Uranus in eighth house is usually an indication of major transformational events the person could experience during their lifetime. The result of these events will be a complete transformation of their personality.

Depending on the nature of Uranus in the chart, the change can be either beneficial or detrimental for the person.

When Uranus is in 8th house in synastry, this is usually a sign of the transformative effect the Uranus person will have on the 8th person’s life.