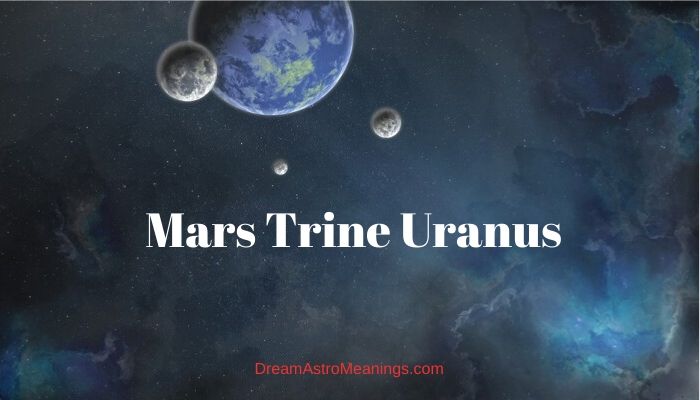 People have always wondered about the meaning of the stars and planets and their influence on human existence and the world in general. They observed the night sky, fascinated by its beauty.

Since ancient times, people gathered knowledge and experiences related to the planetary influence on humans. They named their study of this influence, astrology. The origins of this ancient study go way back in time, to the times of the ancient Babylonians.

Even though many people don’t consider astrology as a serious  discipline which can give a lot of valuable insight about people and events, astrology has proven many times throughout time its value and accuracy. Unfortunately, it is still not considered a science.

Astrology analysis begins with creating a natal chart for a specific moment in time; that is usually the moment of someone birth.

The meanings of personal planets in the signs of the Zodiac can give a lot of insight about someone’s personality, their desires, believes, interests, attitude and the likely choices they will make.

The planets in the houses of the chart give insight about their interests and focus in certain areas of life. The aspects give insight in the personal traits and the events the person might experience during their lifetime.

The aspects are very important for every analysis, especially the major ones, such as conjunctions, sextiles, squares, oppositions and trines. There are also minor aspects, which not all astrologers use. The strongest are the aspects with exact degree.

Basically, aspects are angles between planets with a specific meaning, which is also combined with the nature and meaning of the planets creating that aspect.

Aspects can also have different nature, which can be harmonious and beneficial or challenging and negative.

Harmonious aspects have beneficial influence and provide the person with many opportunities for success in achievement of their desires. They enable the planetary energy to flow freely.

Unlike harmonious aspects, challenging aspects have a different nature. They block planetary energy, create obstacles, and sometimes prevent the person from getting what they want.

In some cases, challenging aspects create conflicts and disagreements and in worst cases, they create violence.

Trines are a type of major aspects and have harmonious nature. They are by many astrologers considered the luckiest aspect of all.

They create opportunities to succeed in your goals and create fortunate circumstances which enable people to accomplish desires without placing much effort.

Even though it might be hard for many to believe, astrology can also be used to decipher whether connection between two people will be harmonious or not. What astrology can determine whether two people could have a lasting union.

It does that using the technique named synastry. Synastry uses techniques used for analyzing individual natal charts, but analyzing two charts at the same time.

Synastry first analyses the individual charts of the two people to determine their personalities, their preferences and desires; then it analyses their charts by comparing the planetary positions in these charts.

It analyses the placement of planets of one person into the chart of the other person and the aspects between the planets.

The placements in the houses of the partners’ natal charts are very important because they determine the areas of life which are likely to be influenced by this relationship.

The aspects between the planets are also very important because they show the overall compatibility between the partners and demonstrate whether this relationship will be a satisfying experience for the partners or not.

Harmonious aspects usually indicate compatible characters and lasting unions because the partners are willing to put the effort to overcome any possible issues between them and keep the relationship alive. In this case, the partners want to make compromises and tolerate each other’s differences.

When the aspects between the natal charts are predominantly challenging and conflicting, this is an indication of incompatible characters between the partners, lack of will to maintain the relationship, lack of tolerance to each other’s differences, and in worst cases, conflicts, disagreements, and violence.

These unions are often not lasting and end abruptly.  In some cases, unions with challenging aspects can last long, but they represent an exhausting experience for both partners.

In some cases, synastry analysis shows that there aren’t enough harmonious ties between the partners, which is usually a sign of lack of interest on both sides.

The planet Mars is a planet with a bad reputation. It got its name from the god of war and conflicts in ancient Rome. Mars’s nature is aggressive domineering and powerful. This planet is a small one, but has as extremely powerful energy and Influence.

Because of its resemblance to Earth, Mars is often considered as a place where in the future life will be possible. Some people even believe that life was present on Mars in the distant past.

The influence of this planet depends on the aspects it’s making with other planets and its placement in the natal chart.

Mars people have a dominant nature and usually love having control over others. On the other hand, they don’t like to be told what to do and they cannot stand anyone influencing them. When they want something they are determined to do whatever it takes to get it.

People under a strong influence of Mars usually have powerful characters. They are very energetic and they want to succeed at any cost. They are very direct and honest.

They cannot tolerate people lying to them. They don’t mind putting in the effort to achieve their goals.

When the aspect of Mars are challenging, this makes the people intolerant, competitive, and prone to provoking others.

Mars is the ruler of the science areas and Scorpio. This is where it has the most power.

Uranus is a cold planet; in fact it is the coldest of all planets with temperatures lowering up to – 224 degrees. Its outside is made of layers of clouds and its inside is made of rocks and ice. Like Saturn, Uranus has a ring system and has 27 moons.

The name Uranus comes from the Greek sky god, grandfather of Zeus and father of Cronus. Uranus the god is one of the oldest deities in ancient Greece.

In astrology, Uranus is the ruler of sudden and unpredictable events, transformations, as well as changes that are unexpected which in most cases dramatically change the person’s life.

Depending on the aspects Uranus is making the changes and transformations and/or events ruled by Uranus can have beneficial or disastrous effects. Uranus rules events beyond the person’s control.

In challenging aspects, this planet can bring some devastating events into the person’s life such as accidents, violent events, catastrophes, money losses, bankruptcy destruction of all kinds, etc. Uranus also rules revolutions, reformations, and similar matters.

Because it’s a generational planet Uranus initiates transformations in Society usually related to the area ruled by the sign where Uranus is placed, or ruled by Uranus in general.

People strongly influenced by Uranus can have unpredictable nature. They are very independent and they don’t like authorities of any kind. They enjoy being different than others and don’t like being told what to do.

Their independence is one of the most valued things in their life and they don’t let anyone jeopardize it.

These people often break Society rules and in some cases they I have awkward behavior which is socially unacceptable. They also can be prone to unpredictable reactions which surprise others.

Because they don’t like authorities these people prefer being their own boss. They also don’t like routine and the best choice for them is a job where they can express their creativity and individuality.

Uranus influenced events usually come unpredictably and surprise people. Depending on the aspects which caused the event, Uranus events might clear the path for some new things to enter the person’s life or they might make a chaos in their lives.

After the transformation caused by Uranus’s influence, the person is usually not the same. Uranus in challenging aspects is often the cause for relationship breakups.

This is a very passionate relationship and it can create a lot of physical tension between the partners. This aspect between two natal charts stimulates their desire for adventures and inspires them to pursue new experiences together.

These two stimulate one another. They support each other’s desires regardless of their nature.

They both love freedom, although Mars can have possessiveness which can sometimes be irritating to Uranus. With the trine aspect, Mars will be able to control his urge for control and allow Uranus do their own thing while they will be free to theirs.

In some cases, this could be an open-type relationship where both partners have the freedom to experiment and date other partners. In other cases, the freedom will consist of the ability of the partners to pursue their passions and interests.

This aspect can be an indication of a strong physical attraction between the two people who might be magnetically drawn towards each other. They are both extremely passionate and this could in some cases lead to perversions (not that often with the trine aspect like when the aspect is challenging).

They both love adrenaline boosting activities and this is another thing that will keep them hooked together. They love extreme activities, fast cars, and all kinds of potentially dangerous behavior.

Participating together in such activities makes the excitement between them grow more; these activities keep their relationship fresh and prevents it from becoming boring and uninspiring. They both give the initiative, but Uranus might be the side who leads and Mars accepts immediately.

This is a great aspect to promote the longevity of a partnership because it enables the relationship to evolve and be an enriching experience for the partners.

They do their best not to allow it to get stuck in a rut and try to make every day together a fulfilling experience. They enjoy making these changes because they know they will help their relationship expand.

The Mars trine Uranus aspect in synastry is a sign of a dynamical and energetic connection.

These two are attracted to each other physically and have a lot of common interest that might keep them together for a long time.

This is an inspiring union will help them grow individually and as a couple.