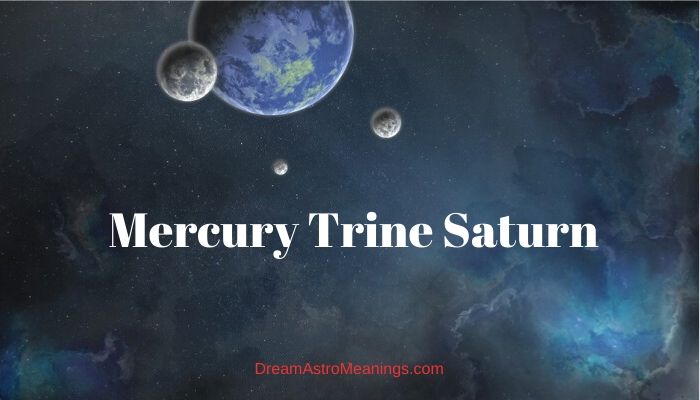 The influence of the stars and planets on human existence has been known to people since ancient times.

They were fascinated by the night sky and billions of stars and wanted to know their meanings. They noticed the importance of the Sun and the Moon and their impact on human lives and the life on earth in general.

They also noticed the impact planets had on people and their traits as well as the events that occurred in the world.

The knowledge and experience they gained through centuries of observing the planetary influences was all gathered in a discipline they named astrology. This is a millennia old discipline which dates back to ancient Babylon.

Astrology analyses the positions of planets in a certain moment of time. The planets are placed in a natal chart which represents the image of the sky in that exact moment.

The meanings of planets (especially the personal planets) in the signs of the Zodiac, their placement in the natal chart houses, and their aspects are the basis of astrology analysis.

The planets in signs, especially the Sun, Moon, Mars, Venus, and Mercury, give information about the person’s character and basic traits, their interests and focus in life. The planets in houses of the natal chart reveal areas of life where it is likely that the person will focus their attention and where most activities will take place.

The aspects between planets reveal personal traits and possible events that the person might experience during their lifetime, especially when these aspects get triggered by significant transits and progressions.

The aspects between the planets represent angles formed by the planets during their movement across the sky. All aspects have certain meanings and nature.

These aspects allow the person achieve their goals without much effort. When the aspects are challenging, this usually causes difficulties in accomplishment of ones’ goals.

The person encounters obstacles they need to overcome. These aspects sometimes create conflicts and in worst cases might be responsible for violence.

The aspects can be major and minor. Major aspects are the oldest and most used aspects. They are strongest when they are exact. These aspects are the conjunction, sextiles, trine, square, and opposition.

Trines are major aspects with favorable nature. They are formed when the planets are 120 degrees apart. They are considered the most favorable of all aspects. They create good opportunities and bring good luck to the person.

These are the aspects of progress and success, helping the person to accomplish their desires without much effort.

Astrology can be used to analyze relationships and determine whether their nature and longevity.

It might sound impossible to many, but astrology has the means to determine whether a relationship is likely to be a harmonious and long-lasting one, or filled with conflicts and short-lived.

The astrology technique which analyzes relationships and their potential is called synastry.

Synastry analyzes whether two people have good chances of having a lasting and harmonious relationship. It can also determine the possible issues they could encounter.

The idea on which synastry is based is that people are like walking natal charts.

Every one of us carries their planetary positions at the time of our birth as the image of our personality.

These houses are very important because they reveal the areas where the relationship and their partner will influence the person’s life.

The aspects between planets of two natal charts reveal whether there is compatibility between their characters. That can be concluded from the nature of the aspects their planets are making.

If this analysis shows that there aren’t any significant aspects between their charts, it is likely that these two aren’t much interested in each other.

When the majority of the aspects are harmonious, that is usually a sign of compatibility of characters between two people.

They have a sincere interest for each other. They also have similar interests and tolerate each other’s differences. They put in effort to maintain the relationship and overcome possible issues.

This relationship is usually lasting and a satisfying experience for both partners.

When the majority of aspects are challenging, this usually points out to lack of compatibility between the partners.

These two can be prone to conflicts and disagreements and aren’t tolerant to each other’s differences. They allow their problems to grow without confronting them in time. In worst cases, such aspects are a sign of violence and toxic relationship.

This is usually a short-lived relationship. If it does last long, it will most likely be a draining experience for both partners.

Mercury is a tiny planet, the smallest of all. It is the planet closest to the Sun. It is also a very fast planet, which only takes 88 days to orbit the Sun.

The planet Mercury carries the traits of the Roman god Mercury, god of commerce and travel.

In the natal chart, Mercury reveals how we tend to express our thoughts. People under strong influence of Mercury are usually very intelligent and their thought process is fast.

These people are excellent in noticing details and are good problem solvers. They are also very sociable and communicative. They love being around people and meeting new acquaintances.

These people are curious and love learning new things. They also love being informed and want to hear all the latest news; sometimes, they are prone to gossiping. These people can sometimes be superficial about things and relationships with people.

They are also not very emotional, unless some other influence proves differently.

Their need to be surrounded by people and communicate with them often makes them choose professions where they interact with people on a daily basis.

If Mercury aspects in their natal chart have challenging aspects, this will possibly make the person prone to lying, deception, manipulation, and using people for their benefit. They can also be prone to nervousness and other psychic disorders.

In some cases, challenging aspects of Mercury indicate that the person could be manipulated and used by others, but that is not a common occurrence.

Mercury people are very rational and in most cases practical. They could have such approach when it comes to love and relationships. They rationally approach relationships not allowing themselves to fully emotionally open to their partner.

These people love talking but are also good listeners because they always want to learn something new or experience a different point of view.

The planet Saturn is a big planet, with only Jupiter being larger than it. It has a ring system composed of ice and rocks.

The composition of this planet is mainly helium and hydrogen. On Saturn, there is no solid ground. The name Saturn comes from the ancient Roman god of agriculture.

This planet takes around 29.5 years to orbit the Sun. When it returns to its natal positions, which is a time in life called “the Saturn’s return”, the person usually goes through a period of evaluation of their life achievements realizing whether they are satisfied with their life or not.

Saturn in the natal chart shows the areas where the person might deal with different responsibilities or suffer.

Saturn also shows where and when we need to be patient and wait for something. Saturn also rules delays and obstacles. It also reveals how we deal with our duties.

The Mercury trine Saturn aspect in synastry has a beneficial influence on the partners and the relationship in general.

The Saturn person helps Mercury, who often has disorganized thoughts to give their ideas structure and help them manifest their ideas into form.

Saturn also helps Mercury encouraging him to realize their ideas into reality instead of just keeping them in thought form not taking any actions to materialize them.

The Mercury person admires Saturn’s wisdom and measured and calm approach to things.

Mercury can sometimes be too fast in their reactions and actions and Saturn can perceive Mercury as shallow and thoughtless (which is sometimes true).

Nevertheless, with this aspect, Saturn will see through the sometimes confused mind of their partner and will appreciate their strong wit and high intelligence.

Both Mercury and Saturn pay attention to details and have practical approach to doing things. They are also excellent problem solvers.

Mercury will learn from Saturn how to be more patient and disciplined in the way they do things, and Saturn will introduce some liveliness into his actions thanks to the influence of his Mercury partner.

Mercury loves talking and Saturn usually loves to listen to others, and this will make a great combination satisfying both. Their conversations won’t be shallow and the subjects are often intellectual and serious.

Saturn’s nature is serious and with this combination Mercury will help Saturn relax and enjoy life more. On the other side, Saturn will help Mercury become more serious if his approach to life is a bit irresponsible and disorganized.

This is often a teacher- student relationship where both partners enjoy their roles. Saturn is usually in the role of a teacher and Mercury is the student, but their roles can switch from time to time.

Saturn will help Mercury become more mature, while Mercury will help Saturn become less serious and needing to control everything. this aspect supports the longevity of the relationship.

The trine aspect between Mercury and Saturn in synastry is a great aspect for the relationship and its longevity.

Both partners benefit from this contact and improve their personalities as a result. They enjoy talking and listening to each other and learning new things.