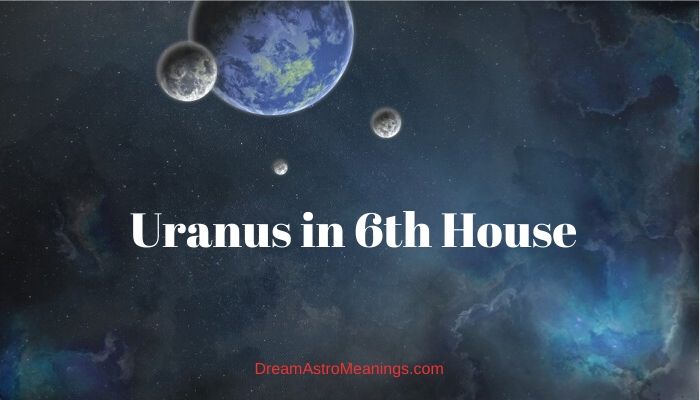 People use astrology to find out important information about others, like their interests, beliefs, personal traits, as well as the events they could possibly encounter in their lifetime.

Astrology also gives us answers to other questions, like outcomes of relationships or different situations.

Astrology is mostly used to analyze birth (natal) charts of people and determine their personality and possible destiny.

Making a birth chart is the beginning of astrology interpretation. In the past, the creation of the birth charts was a difficult task, and the charts weren’t always accurate.

The process of calculation perfected in time, and with the creation of computer programs, this process only takes seconds.

Today, everyone can calculate their birth chart and this doesn’t require the work of an astrologer. However, interpreting the birth chart is a serious job and requires a skilled and experienced astrologer. Such an astrologer can give accurate predictions.

Many people are not aware, but astrology can help us make important life decisions or prevent us from making mistakes.

There is a variety of astrology analyses. Usually, the astrologer analyzes the house rulers and the planets inside the houses, the signs where the planets are placed, the chart rulers, as well as the aspects between the planets in the birth chart.

The houses with planets are the significant ones, because they give additional insight about the person’s traits and possible events; they also show where the focus and the action is. These planets influence the areas ruled by the house where they are placed with their energy.

The planet Uranus discovery was in the eighteenth century and this planet is considered the coldest planet.

This planet is covered with layers made of clouds, and inside is composed of rocks and ice. It also has 27 moons and ring system. The name Uranus is the name of the sky god in ancient Greece.

This planet is the ruler of unpredictable events and major transformations, both in the lives of individuals and in society. The changes induced by Uranus cannot be controlled and are usually unpredictable.

This planet rules genius people and geniality; it is also the ruler of discoveries and inventors, creativity and creative people, air travel and travel in general, sports in general, especially extreme sports, etc.

Afflicted Uranus is often an indication of disastrous events in the person’s life, unless there are some beneficial aspects to neutralize its influence. This planet has the power to cause terrifying events in the world and human lives.

People ruled by Uranus, feel its influence strongly, especially when it is making aspects to the natal chart during transits and progressions. If Uranus is afflicted, that can indicate catastrophes, accidents, loss of money, revolutions, destruction, abrupt changes, and similar events.

Those under Uranus influence are often rebellious in nature, and enjoy opposing authorities. These people don’t like anyone telling them what to do, and they prefer to be their own boss.

They are prone to breaking the norms of society and provoking others with their unpredictable and often shocking behavior. Seeing other peoples’ reactions to their behavior can be amusing to them.

Uranus people often desire to be considered awkward and different from others, and they enjoy when they succeed in that goal. They want to be unique and don’t want to be compared to anyone.

They are usually very creative and sometimes hard to understand by the majority of people. Their creativity is often eccentric.

Because Uranus is all about extreme and unpredictable endeavors, these people love taking risks. They are often involved in some risky business that might jeopardize them in some way; they especially enjoy extreme sports or doing something no one has ever done before.

People whose ruler is Uranus usually have an eccentric and unusual personal style; they dress different from the rest and usually have eccentric hairstyle.

They have a desire to attract attention from others for being different from anyone else. There is always something unusual about these people, even if on the outside they appear to be the same as the rest.

This unusual trait is usually visible immediately, even without direct communication with these people.

Uranus people love their freedom and are usually very independent. They usually don’t allow people or situations stand in their way. They act in such a manner in their personal relationships as well.

These people detest restrictions and controlling behavior as well as needy people. That suffocates them and makes them want to leave such a relation.

They are eager to give freedom and space to their partners and expect the same in return; they expect the same from their friends as well. If the relationship represents a burden to them, they are prepared to end it without much thought and explanation.

Uranus people have a strong desire to follow a path they have chosen on their own without anyone’s influence. They don’t let others (even their loved ones) interfere in their decisions.

They are responsible for their actions and don’t let anyone pressurizing them into doing things they don’t want. They can be quite intolerant, and this creates problems in their relationships with other people, especially in their romantic relationships and long-term partnerships or at their work.

These people enjoy making changes, and inspire others to make them. They are aware that changes are making space for new things to come in their lives and they are always eager to experience new things as well as meet new people.

They don’t like any routine tasks and this is why it is better for them to be their own boss and making their own work schedule.

The events ruled by Uranus are often a devastating experience, and can ruin people’s lives; they certainly change their lives forever, and depending on the nature of the aspects, these changes can be beneficial, but also detrimental.

The sixth house is the house of routine jobs, our job, responsibilities, health, hygiene, pets, service, etc. It is ruled by Mercury and Virgo is the sign it corresponds to. The ruler of this house and the planets inside determine the person’s attitude towards these areas.

By analyzing the sixth house, the astrologer can determine the person’s attitude towards their health and physical condition, their hygiene, work, and overall responsibilities.

The 6th house also reveals the kind of animals the person prefers to keep as their pets. It shows our eating habits and sleeping patterns.

When there are planets inside the sixth house, they give additional details about the person’s health and physical condition.

They might reveal possible health issues the person could experience in their life. They also show the attitude towards work, and whether the person is lazy and not interested in their work, or tends to overwork and exhaust themselves with work.

By analyzing this house, the astrologer can discover the person’s attitude towards their health, physical condition, diet and hygiene. It is also the house of routine jobs and our work.

It shows our relationships with coworkers and the atmosphere usually present at our work. Malefic planets inside this house have a negative effect on the areas ruled by it.

Uranus in 6th house is often a sign of unexpected and unpredictable issues concerning the matters of the 6th house. Depending on the aspects this planet is making with other planets, its influence in this house can be detrimental or beneficial.

When Uranus is afflicted, in 6th house it can indicate sudden unexpected illness and accidents that can jeopardize or even take the person’s life. If Uranus is well-placed, it could indicate sudden recovery from illness, and unexplained avoiding of disasters and threatening situations.

Uranus in sixth house could be a sign of tension between the person and their coworkers.

They might have problems working in team, and prefer individual work. They can be criticized by their coworkers and bosses because of their unconventional approach towards their work and trying to do things different from everyone else at all costs.

Uranus enjoys breaking rules, and when it is in the sixth house, they usually enjoy breaking their work rules.

Their need to be different often brings major discoveries about improving their work, which other colleagues and bosses accept later as great solutions, after first criticizing them.

If these people manage to negotiate flexible working hours and avoiding some rules, they are reliable workers with great work results.

This person could have unique habits regarding their hygiene. They might be prone to extremes in attitude, from being overly concerned with their hygiene, to not caring about it at all.

People with Uranus in sixth house often have unusual diet routine. They often eat healthy food, and choose to be vegan or vegetarian, due to their humanitarian nature and love for animals. They love animals and often have a pet or pets.

Uranus in sixth house in synastry usually indicates a relationship where the Uranus person will help the sixth house person’s attitude towards the areas ruled by this house.

They might help them change their attitude towards their health and physical condition, as well as their approach towards work.

The sixth house person could learn from the Uranus person a lot about their eating habits and attitude towards their health.

They might decide to completely change their diet under the influence of Uranus person, who will feel inspired to help the sixth house person with their useful advice.

Uranus in sixth house is an indication of a person with unique approach towards the areas ruled by the sixth house.

They can experience sudden transformative events related to their health and wellbeing. They usually have unusual eating habits and hygiene habits. These people love animals and often own pets.

They can experience issues at work because of their eccentric attitude towards their work duties. They don’t like restrictions, which is why they function best when they have flexibility in their work.

When given the freedom they need, these people can have some amazing discoveries how to improve their work and the work of their coworkers.

When Uranus is in the sixth house in synastry, this usually indicates a relationship where the Uranus person will help the sixth house person improve their attitude towards the areas ruled by this house.