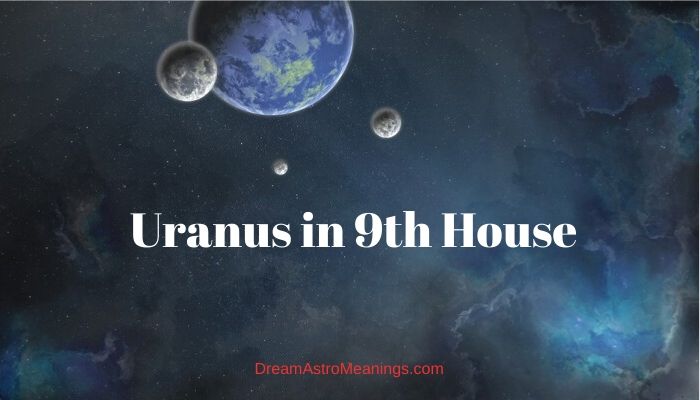 Astrology cannot be ignored as a valuable source of data about people and the world surrounding us.

Astrology can give us information about individuals and their personalities, preferences, goals, as well as the difficulties they could encounter in life, the outcomes of various situations as well as relationships and give us answers to many other questions.

By analyzing the natal chart which represents the image of the planets at a certain moment of time, the astrologer can find out many details about someone, such as their appearance, behavior, interests, skills, talents, interests, and the events they could encounter.

Making a natal chart is the first thing that an astrologer does when doing astrology analysis.

After the making of computer programs which can calculate natal charts and do many other astrological calculations, this process lasts seconds. It eased the astrologer’s job a lot.

Now everyone can calculate their birth chart, but the analysis still requires a lot of knowledge and experience.

Natal charts have 12 houses with the planets placed inside. The houses with planets are the ones which grab the most of the attention of every astrologer because they show where the focus and action is. They reveal the events the person could experience and they carry the answers to the person’s destiny.

The planet Uranus is considered the coldest in the Solar system with temperatures that lower to -224 degrees Celsius. This planet is made of layers of clouds on the outside and the inside of the planet is made of ice and rocks. Uranus has a ring system and has 27 moons.

Uranus in beneficial aspects to other planets often brings opportunities to accomplish desires. This planet is the ruler of transformation and the Uranus ruled events often bring major transformations in the person’s life, either changing it for the better or for the worse.

People with prominently placed Uranus or with Uranus as the ruler of their chart, usually have unpredictable nature and are very independent. They don’t allow anyone giving them advice or telling them what to do.

These people are often unconventional and don’t like authorities. They might be prone to entering into conflicts with their bosses, parents, or other authoritative figures in their life.

Uranus people want to rule their destiny and they don’t let others get in their way of making the choices and decisions. These people have a revolutionary nature and want to be the first to make changes and try out new things. They also enjoy opposing the rules of society.

Many of them behave eccentric and have awkward personal style by many people’s standards.

These people are prone to provoking people with their eccentricity and unpredictability because they enjoy seeing their reactions.

Uranus people are pioneers who try out new things for the benefit of others. These people are not afraid to take risks and are happiest when they make changes or do something they’ve never done before.

They don’t like routine jobs, which is why they prefer doing something creative or being their own boss so they can organize their work life as they prefer.

Uranus people are often prone to extreme sports and activities and they often jeopardize their lives with that. When Uranus is afflicted, this could signify accidents and disastrous consequences of their activities.

Events ruled by Uranus often surprise people because they cannot easily be predicted. They have major transformative effect on human lives. If the aspects of Uranus are beneficial this planet might cause clearing the path for new beneficial things to enter the person’s life.

When Uranus is afflicted this could be a sign of some devastating events the person could encounter.

This planet is the ruler of relationship breakups and divorce, which is something that people with afflicted Uranus experience in their love life.

This house reveals whether the person has inclinations towards the areas ruled by this house. People with their ninth house full of planets might be very religious or have interest for philosophy.

These people are usually very educated and love to travel to distant places. They love exploring different cultures. They are also interested in writing and can become successful writers.

This is a house of publishing, and these people can be successful at publishing other people’s writings. This is the house of legal profession, judges, courts, and other matters related to law and justice.

These people might choose a career in the legal profession. This is especially true if Mars, Venus, Sun, Moon, Jupiter or Mercury is placed inside this house.

This house stimulates the person’s desire to gain knowledge and higher education. They are often spiritual and desire to discover the secrets of the Universe. These people can be very religious as well and have their own understanding and view of religion.

This house is often full of planets in the natal charts of people in the legal profession, religion, higher education, writing, publishing, foreign trade, etc. This house is ruled by Jupiter and Sagittarius is the sign it corresponds to.

People with Uranus in 9th house are adventurers and freedom loving people; they are very independent and love to expand their knowledge. They might have unique ideas about religion.

They are often interested in studying areas ruled by Uranus, such as computer sciences, science, astrology, New Age studies, or astronomy. They might also be interested in electrical engineering and be very successful in this profession.

These people can also be science fiction writers or publishers in this area of writing.

They don’t accept any new ideas before thinking about it first and checking whether it is acceptable from their point of view. They can be very spiritual and interested in unveiling the secrets of the Universe.

Uranus in 9th house people might be prone to unexpected experiences while they travel abroad, which could transform their lives.

Their experiences from the travels they go to influence their lives and shape their beliefs and ideas about life. They would rather experience things before they learn them rather than learn from a book.

Their concepts of God and religion can be unacceptable by many. These people often have a humanitarian nature and are concerned about the wellbeing of our society and the planet earth.

Uranus in ninth house people might have a tendency to change their beliefs when they discover some new evidence.

They don’t might making changes and they don’t rigidly hold on to their old beliefs. They are happy when they discover some new facts that will help them get closer to the truth.

A person with Uranus in ninth house might be someone who is always ready for new adventures and experiences.

Uranus in ninth house person can be someone that could decide to pack their bags and leave immediately to some distant destination without any preparation and previous thought.

They are impulsive and act instinctively. They are also not very organized and disciplined either.

When someone’s Uranus is placed inside another person’s 9th house, the Uranus person might have a strong impact over their ideas and beliefs about religion and spirituality. They might expand their knowledge about these subjects.

The Uranus person could also influence the 9th house person in awakening their desire to travel to distant places and encounter different cultures. Together they might experience a lot of interesting and unusual events together.

When Uranus is afflicted, the influence could be a bad one. The ninth house person might adopt some detrimental beliefs and attitude and could experience some life threatening accidents and events while traveling somewhere with the Uranus person.

These people don’t like being imposed any ideas and beliefs that they cannot harmonize with their own views and ideas. They usually have their own unique vision of religion and spirituality which can be weird to others, but these people don’t care what others think about them.

They might experience many adventures on their trips to distant places, and if Uranus is afflicted these experiences might be unpleasant and in some cases life-threatening.

When one person’s Uranus is in the ninth house of another person, this often indicates a strong influence that the Uranus person has over the 9th house person’s spirituality and religious beliefs.

The Uranus person can help the 9th house person in developing their own philosophy of life, awake their desire to travel and experience new cultures, as well as their desire for freedom and independence.

When Uranus is afflicted, the influence might be harmful to the 9th house person.