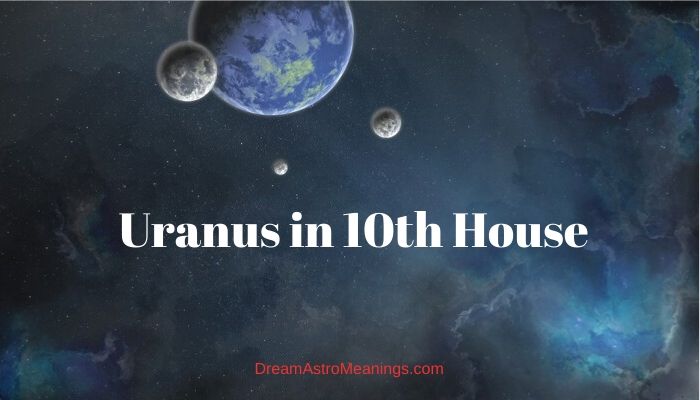 We use astrology to discover important information about people, such as their personal traits, interests, beliefs, as well as the possible events they could encounter during their lifetime.

Astrology can also help us get answers to many other questions, such as outcomes of situations or relationships.

In most cases, astrology is used to analyze natal charts of individuals and analyzing the personality and destiny of individuals.

The natal chart is created by using the exact date, time and place of someone’s birth or some event. It contains the positions of the planets in that moment placed inside the 12 houses of the chart.

Creating a natal chart is the first step in doing astrology analysis. The making of a natal chart required a lot of time and knowledge in earlier times; with the creation of astrology computer programs, this process lasts seconds after inserting the needed data in the program.

The analysis of the chart requires a skilled astrologer with a lot of experience. A good astrologer can make very accurate predictions.

Astrology can help us a lot when making important decisions and preventing us from making mistakes.

There are various astrology analyses. The basic consists of analyzing the meanings of the planets in signs and houses, the aspects of the planets, and positions and aspects of house rulers. The most significant are the houses with planets.

The planets inside the houses give additional insight about the areas ruled by that house, and also add their energy to the energy of that house. They show the areas where the person is likely to focus their attention and activities the most.

The houses of the natal chart are divided in angular, succedent, cadent; personal or interpersonal; cardinal, fixed and mutable, etc.

Uranus is discovered in 1781 and is considered the coldest of all planets. It is covered with layers of clouds on the surface, and the inside is composed of ice and rocks. Uranus has 27 moons and a ring system.

The name of this cold planet comes from the Greek god Uranus, which was one of the oldest gods in Greece.

In astrology, Uranus rules sudden and unpredictable events. It is also the ruler of major transformations in society and in lives of individuals. These changes cannot be controlled and usually cannot be predicted.

When Uranus is afflicted, this planet can cause disastrous events in the world and in human lives. The impact and severity of events depends on the significance of this planet in the individual chart.

People, whose ruler is Uranus, feel strongly its impact, especially through transits and progressions.

Uranus people often have a rebellious nature and are prone to opposing authorities. They don’t like being bossed around and prefer being their own boss. They often break social norms and their behavior is eccentric and unpredictable.

They often shock people with their actions to see how they will react because it amuses them. They are usually very intelligent and their mind works fast.

People often consider these people awkward, but they prefer being perceived like that because they want to be different regardless of the cost. Uniqueness is their most important trait.

These people are often very creative with a touch of eccentricity. They are prone to taking risks and are often involved in risky activities where they can jeopardize their lives; this includes extreme sports which are usually very fond of.

They often desire to attract attention with being so obviously different from others, and there is an often present desire to shock others. They often have something awkward about them, whether it is their hairstyle, the way they dress or something else in their behavior.

Uranus people are independent and freedom loving. They don’t want anything and anyone standing in their way, which is also true in their personal relationships.

Their partners need to be flexible and tolerant because they don’t like any kind of restrictions and controlling behavior. They give freedom and demand freedom for themselves; only such partners can be in their lives.

This also refers to their friends. No one can control them and make them do things they don’t want. They cannot tolerate that and remove themselves from such situations usually without an explanation.

Uranus people desire to follow the path they’ve chosen without anyone’s interference and influence. They take the responsibility for their actions and they don’t allow pressure from anyone.

They sometimes have a problem with controlling their behavior and reactions which often causes them problems in relationships with others, especially their romantic relationships or at work.

These people love making changes, and enjoy inspiring others to make changes. They know that changes clear the path for something new to come into their lives, and they are always excited to welcome new things and people.

They love trying out new things and often make some inventions which benefit many people. They love doing something no one has experienced before.

These people don’t like any kind of routine which is why 9 to 5 jobs are not a good choice for them.

Uranus ruled events can often be devastating to people’s lives, and have transformative effects, usually changing the person’s life forever.

Sometimes the effect is beneficial, but sometimes it can dramatically change their life in a negative way. Uranus rules endings and breakups and often causes relationship endings and divorce.

The 10th house is the house of success and career. This house, the sign on the cusp, its ruler and the planets inside, can reveal the type of career the person is likely to choose in their life.

The tenth house reveals whether the person is likely to gain recognition for the work they do. It shows the person’s reputation and status which is usually achieved through effort and work.

Saturn rules the tenth house; the sign it corresponds with is Capricorn. This accentuates the themes of responsibility and dignity related to this house. The 10th house is also the house of our family legacy, roots and our ancestors.

Planets inside the 10th house give additional details about the person’s career choices, their success, and ambition. It shows the person’s achievements and career success.

The 10th house also rules the person’s bosses and the dominant parent, usually the father, but in some cases, the mother, if she was more dominant figure in the person’s upbringing. The tenth house shows their characteristics and influence over the person’s life.

The tenth house is also the house of fame and public recognition. It also rules the person’s appearance in public. The house shows how the person is perceived by the public. It shows whether the person possesses leadership skills and ambition.

By analyzing the 10th house an astrologer can determine the most successful career choices for the individual.

When someone has Uranus in 10th house, this is often an indication of a turbulent career, especially if Uranus is afflicted in the natal chart.

Uranus in 10th house is often a sign of career in some government institutions, but also IT technologies and other areas where technology is involved. If Uranus is afflicted in the tenth house, the person might get unexpected job offers, but also lose their jobs without previous warnings.

With Uranus in tenth house, the person might change their jobs frequently, sometimes willingly, but oftentimes because they are forced to leave their jobs due to unforeseen circumstances and situations.

These people have problems with authority and this is one of the major dangers with Uranus in 10th house.

They don’t allow others telling them how to do their job and sometimes that is inevitable; this leads to conflicts with coworkers and superiors, which jeopardizes their position, and in some cases is the reason why they lose their job.

They jeopardize their reputation by coming into conflicts with their superiors because of lack of flexibility.

It would be best if the person with Uranus in tenth house is in managerial position or is their own boss, because this way they won’t be in a situation to confront those who have power over them.

These people often end up quitting their 9 to 5 job to do something inspiring and creative. When they manage to achieve that they truly begin enjoying their job and investing in their career their time and effort.

When someone’s Uranus is in another person’s 10th house, this is an important contact for the 10th house person’s career.

The Uranus person often supports the 10th house person in making some important changes in their career which will result in them feeling more satisfied and fulfilled with their job.

If Uranus is afflicted, the influence might be detrimental for the person because Uranus might inspire them to make the changes that could jeopardize their financial security and safety in life.

Uranus is a force that lacks control, and in these situations it is advised for the 10th house person to carefully think through the advice they are getting from the Uranus person and try to foresee the possible consequences of their actions if they decide to listen to the Uranus person’s advice.

In some cases, Uranus might be responsible for some public scandals the 10th house person could get involved with related to their work and career, as well as their public life.

Uranus in tenth house is a challenging position because it causes career changes and impulsive decisions involving the person’s career.

The person might frequently change or lose their job due to unforeseen circumstances or reckless actions of the individual. They might get in conflicts with authorities and it is advisable to gain more control over their actions.