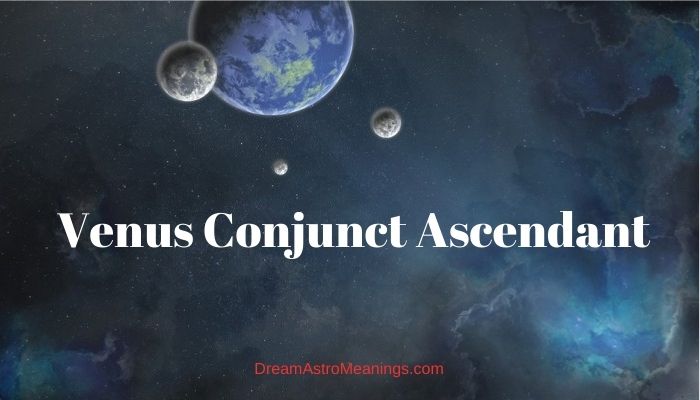 Venus is in the astro symbolic of the planet of love and enjoyment.

If we are talking about Venus, then we should know that the only task of Venus is to be beautiful to her and to find herself in an environment where she can use her tact, kindness, flirtation, and enjoy earthly pleasures, depending on where the sign he finds and the aspects he builds, will depend on the way in which he will express the basic symbolism.

Analyzing Venus from an individual’s natal chart, one should first consider whether it is a male or female chart, because the symbolism will of course not manifest itself in the same way.

In order not to misperceive the role of Venus in the map, from the point of view of personality Venus describes the way we are recognized and the way we recognize someone, the way we love and express emotions, what we love, what we enjoy, when we fall in love and who we like.

It also describes the colors we love, the interior we like, the flowers, the food we really enjoy, the tendency to overdo it, but also self-confidence.

How do we deal with what we get, do we have charm and tact, then do we act diplomatically in emotional relationships or are we direct, or maybe we analyze.

Venus gives the answer to whether we are shy in relationships, whether we are dominant as partners and what it is that we recognize in the other side as a personal mirror of what we lack.

In the natural horoscope, Venus rules the second and seventh houses, and from the meaning of the subject astrological fields, we learn that Venus is also in charge of money, that it is determined as a small benefit, in relation to Jupiter, which represents a great benefit. Venus is some money, and Jupiter will be a lot of money. In numerology, government number 6.

Whether we will like a person depends on Venus. The action and the way we act towards someone we like is always Mars, and the Moon is a reaction.

The trinity of these three planets will describe how someone should look, behave and finally react to our action in order to please us. Take for example a female person who has Mars in Capricorn, the Moon in Gemini and Venus in Virgo.

This is a woman who reacts to other men primarily with intellect (Moon and Venus in the sign of Mercury) and is attracted by the emphasized masculine principle and position (Mars in Capricorn), so she will initially act dominantly, exaggerating in showing strength, Mars in Capricorn, planet in exaltation) through words and showing the strength of information and eloquence (Moon in Gemini).

On the other hand, on an unconscious level, she expects a reaction of parrying in the intellectual sense, preferably in a humorous way that will throw her into an enigma (Moon in Gemini), after which, when she likes it, she becomes shy and “left” to analyze what is he wanted to say, unsure in the calculation of what he could gain and what he could lose in relation to him (Venus in Virgo).

Emphasized in the natal chart in the east (the sign in which is the Ascendant, and everything found in the territory of 5 degrees before Asc and 25 degrees after Asc) gives attractive and beautiful people, not very tall, proportionate and with curves, beautiful lips and attractive people.

Venus is peace, opposite is Mars, which represents war. The drastic charge of Mars is only able to calm Venus, so it is important to look at the relationship between Venus and Mars in the natal chart.

Although they stand across from each other in the natural horoscope (Aries – Libra, Taurus – Scorpio), they represent the basic principle of the relationship we are trying to reconcile, and depending on the rest of the map, it also depends on whether we will succeed.

Venus in cardinal signs has two virtues – In Aries it is in exile, and in Libra it is in its seat. There is peregrine in Cancer and Capricorn. The rule that concerns both Venus and other planets is that a planet is better in dignity (whether bad or good) than a planet without dignity (peregrine), because in dignity it is someone’s, and when it is peregrine, then it is nobody’s.

This is especially true of Venus, since it governs emotional relationships. Venus in Aries is a symbol of falling in love at first sight. He falls in love fiercely, but he also falls out of love quickly. It has no place in the sign of Mars, because Mars is a planet of war, which is why people with Venus in Aries always wage wars in love stories.

When things are calm, they like to stir up a relationship. Suddenly they enter a relationship and often do not know how to achieve seriousness and permanence, because they want everything now and immediately.

This is the impatient Venus, who very likely at the first meeting tells everything she has about herself and what she is looking for and wants. Dominant person, and in the female horoscope gives the archetype of an Amazon woman, a warrior.

In the male horoscope, this is a man who seeks passion, attracts quarrelsome women, conflicts are inevitable, a woman with an attitude and no hair on her tongue. In both cases, life begins with the first love. “Passion can drive you crazy, but is there any other way to live?”

Often in people with Venus in Libra, we notice the need for partnership, which is reflected through emotional dependence.

What is characteristic of Venus in Libra are most often relationships in which she strives for compromise, so for the sake of it she agrees to an agreement that does not suit her, all in order not to be left alone.

Venus in Libra enters marriage early, if it is supported by other factors in the natal chart, she experiences her most beautiful moments with her partner.

Physical contact is important to them, but they can be content with a compliment. A man with Venus in Libra loves romantic women, he is in love, he is an esthete by nature and his appearance is important to him.

A woman with Venus in Libra always pulls all the strings in a relationship and she is the one who maintains it in the end. He hardly decides to stop, and if he does, then he does it when he finds someone else. “You are me, and I am you, together in divine love.”

Venus in Libra and Aries are in opposition to each other. This is a different experience from “I” of one Venus in Aries to “We”, one Venus in Libra. Compromise exists as a kind of mirror – to find in the other what is missing in ourselves.

Because ascendant people born in the same sign differ from each other in traits, temperament, desires, ambitions and inclinations.

The ascendant is a sign that rose in the East at the time of your birth, which marks the beginning of the first house. It determines the position of the twelve houses of the horoscope.

Your sign (decedent) is a sign that, at the time of your birth, was setting in the West. If the sub-sign (ascendant) represents your personality, the way you are, the sign (ascendant) means what kind of relationship you have with your surroundings, what your relations are with others in general.

In superficial contacts, your reactions will be more similar to your sub-sign than your sign. Therefore, it can be said that the sign represents the essence of your being, and the ascendant represents your behavior. The ascendant can be more or less in line with your sign, in a good or difficult combination.

With this aspect, relationships are formed between people in which the personality of the “knot” helps the “Venusian” to achieve high social recognition, due to its higher socio-intellectual status.

The abilities for self-expression help the “Venusian” personality to contribute to the common cause, accumulation and increase of the intellectual potential of this tandem in the process of joint life, both in the sphere of business and in the sphere of social activity.

With the negative aspect, partners begin to lose their “face” and blindly follow generally accepted popular social worldviews in all areas of joint life. South (descending, descending) node connection aspect in synastry in this case, the relationship of people is characterized by a critical attitude of both parties in relation to generally accepted worldviews.

The “Venusian” personality helps the “knot” personality to become more socially active and less closed in nature, and that, for its part, periodically restrains and limits social activity and impulsiveness while blindly following generally accepted popular worldviews.

With a negative aspect, the personality of the “knot” can be cold, discouraging and openly unsympathetic in relation to the “Venusian”, which, in turn, will begin to consider the partner a closed and socially inactive nature.

North (ascending) node sextile aspect in synastry In this version, relationships are formed between people based on their mutual desire to use the most promising social worldviews and development trends for their benefit in the material and social terms.

The personality of the “knot” is looking for ways to effectively and efficiently use these worldviews and tendencies, while the “Venusian” personality contributes to the creation of a reliable representative and diplomatic base for the implementation and concentration of joint efforts envisaged for this.

As a result, it is expected to achieve maximum benefits, both materially and socially.

Moreover, showing its sensuality, often sexual attraction, the planet uses the power of the Node to attract the attention of others to its owner and make him the object of adoration of many fans. “I am ready for partnership,” says such Venus and creates a huge number of partnerships for her master.

After that, a person can only choose a worthy object and experience all the possibilities of such a karmic connection on it. On the other hand, it may turn out that a person either does not understand or does not perceive correctly the instructions of Venus and will try to get away from her recommendations.

As a result, he will be thrown out of the life stream for many years, until he realizes that the topic of partnership is one of the main themes of life, and it is impossible to get away from it.

The planet will always haunt its master, forcing him to improve himself, and the person will be forced to take life lessons, learning the art of building relations, comprehending the wisdom of communication, as well as the methods of deepest penetration into Matter and cognition of it in many manifestations.

Moreover, if Venus is harmonious, then the owner of this position will indeed be very attractive to others.

He will also be very sensitive to any changes in the states of his loved ones.

Moreover, his feelings, experiences will always come into resonance with the surrounding World, after which relatives will note the extraordinary ability of a person to create a harmonious Space around him.

If the planet has tense aspects, then, most likely, it will turn out to be a destroyer of relations, and its owner will not be able to count on understanding from his partners.

He will also have to learn to find harmony in everything that surrounds him, and we understand that this will be the most difficult thing to do.

The task of the owner of Venus, who found himself in conjunction with the North Node, is very difficult.

A person must learn to use his attractiveness, charm, musicality (which, by the way, must be developed) for the implementation of karmic tasks, must become flexible, plastic in relations with partners and realize that such a situation is a gift only when he becomes sensitive to any manifestations of the external World.