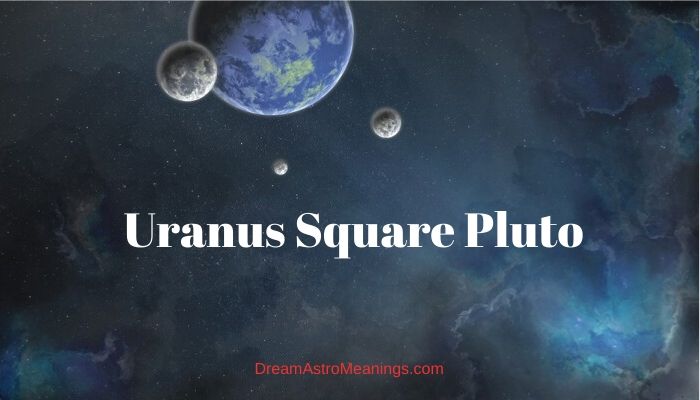 Comparative astrology is an amazing field of the astrological science or a pseudo science, to be precise.

It analyzes the connection and the exchange of planetary energies between two or more natal charts. Natal astrology is a first step into doing comparative analyzes.

Through the comparative analyzes, an astrologer could create synastry or a composite chart and see how well the people in question get along.

As you probably know, astrology analyzes the movement of planets and tries to figure out how it affects our own planet and people’s lives. According to astrology, everyone’s destiny is written in the stars.

The image of the sky at the time a person was born, meaning the exact positions of the planets at that moment, could be represented with a natal chart.

That way the astrologer gets an in-depth insight into personalities of the people involved and he or she could better understand how they would interact on an astrological level.

Although in comparative astrology you could compare more than two charts, people are usually interested into the romantic interconnection of the two charts.

The question of a romantic relationship is what people are usually interested in. You could do a synastry for a couple, but also about the potential relationship.

What us synastry and what does it reveal? Synastry is a method of analyzing the interconnection between astrological charts. It is a scheme presenting with aspects formed between the charts in question.

Planetary aspects, angels planets form with one another, are the key element to understanding the connection.

Planetary aspects are to be found in each chart; in a natal chart, those would determine specific traits of a person in question, their attitudes, weaknesses, advantages, the way they use their energy and so many more.

In synastry, it is the same, but it refers to the exchange of energy between planets from one chart and those from the other one.

The thing you would have to bear in mind is that the synastry is not a prediction or a rule set in stone.

It gives you an insight into the nature of a relationship, into its weak points, conflicting ones, positive ones and its advantages. By knowing about the synastry, one could see to improve the relationship, as well.

The synastry would explain, in a way, why certain segments of the relationship are or going to be dysfunctional. It should make you think about it and consider the options.

Is the relationship worth the trouble or not? What is there to be changed? If things were fine, you would have even more ideas on how to make it even better.

Uranus in Mythology and Astrology – The Importance in Synastry

Mythical Uranus, the master of the skies, was the father creator of the Titans, with his wife Gaea, the Earth. He renounced his grisly children, which is something Gaea could never forgive. She made one of her Titan children, Saturn (Crouns) to make revenge.

Saturn has castrated his father and overthrown him, only to suffer similar destiny by his son Jupiter (Zeus).

From Uranus’ blood, Erinyes or Furies, terrible female deities of revenge were born and from the foam that collected around Uranus’ torn genitals was born the beautiful Venus or Aphrodite, the goddess of love, beauty, pleasure, but also of decadency.

Distant, cold and mysterious, the planet Uranus is thousands of millions light years far from Saturn, which made the discovery of the planet pretty recent, from the point of discovery science. Uranus’ movement is slow to us, and the planet stays for several years in one zodiac sign.

Certain historical events have been associated with Uranus’ influence, one such as the French revolution, for instance, so the planet was attributed the status of a rebellious and a revolutionary one. Uranus in astrology represents sudden events, our lucidity, and our caprices.

It affects our intellect and could make you a genius, but also make one a complete lunatic. Uranus is associated with human nerves. The planet Uranus represents a great intellect, dramatic, sudden discoveries, phenomena we are never prepared to face.

It is the planet of natural disasters, of genius inventions, of rebellion and of all similar great events.

However, if Uranus forms aspect with personal planets, its influence could be more intense. The same applies to synastry.

Another mysterious deity, another distant and cold planet, it is Pluto. In Roman and Greek mythology Pluto (Hades) was the god of the underworld, the master of the realm of death.

He was a strict and a serious god, one who determines the way in which a person would die. Everyone was afraid of him and of inevitability of death, to which he was a master.

However, Pluto was also a deity guided by justice and, thus, merciful towards good people.

The concept of death is also associated with rebirth, in which the death is seen as a necessity, something that is a part of a cycle of the existence. The planet Pluto thus represents transformation.

It is also the planet of power and of ambition; Pluto rules the mysterious and dark sign of Scorpio. It is associated with intuition, with inner depths, with foretelling things. Pluto represents the influence, especially our ability to influence masses.

It is also the planet that represents our ability to fathom deep things, and to unravel secrets.

The planet Pluto is often mentioned as undesirable in synastry, especially in heavy aspects, such as the square we have here.

Pluto is associated with obsession, possessiveness, with control and domination. Pluto is the higher octave of Mars. If it creates aspects with planets from another one’s chart, it would definitely affect the relationship.

The square aspect is not a pleasing one, since it represents restrictions, limitations, troubles.

This aspect is not good for the exchange of positive vibrations between the planets involved.

Their energies are suppressed and they cannot flow free. The square is responsible for conflicts and negative arguments. Its purpose is, however, to build tolerance.

Uranus square Pluto synastry is a strange combination that would affect the relationship in a specific way.

Both Uranus and Pluto are powerful planets and very convinced into their own ideas, opinions and attitudes in general.

The square, being a problematic aspect, could cause power struggles in here. This could be a troublesome relationship, but does not have to be.

The key to success is that both partners maintain a mature attitude towards expressing their opinions to one another.

If they were not so, their arguments would be very heated and imposing, in different manners, though equally strong. Both praise their own stances.

However, if they do not learn how to be respectful and tolerant towards one another, this could turn into a conflicting relationship.

Uranus could be explosive, but Pluto could be manipulative.

The square is a heavy aspect that makes you difficult to find a compromise over anything.

Pluto is known to be a relentless party, while the mighty Uranus is acts as crazy at times, being stubborn at the same time.

Each could be very forceful in trying to convince the other one into what they think is the best and correct.

Uranus square Pluto is an aspect in a relationship that is not going to be very smooth and quiet.

Although it is less dramatic than some other combinations, as it is not a fatal combination, there would be trouble. The tension is related to holding opinions, without even trying to understand the other party.

Sometimes, the best advice is not to act, instead of trying to improve everything.

In this case, since both are stubborn in their opinions, it is the best to try not to start discussion over things you are firm about. The key to success is to accept one another the way you are.

You cannot agree on everything and it is fine, for as long as it does not hurt anyone.

It could be tense, but sometimes you do not have to understand everything about your loved one. There are certainly other aspects that have brought you together. Learn to be respectful towards one another.

That is a golden rule in life in general and especially in close connections such as a romantic relationship.

Try to be mature about holding to your own opinions and understanding those of your partner.

Of course, you should not allow for everything and everyone would have his or her limitations.

It is something beyond a general interpretation and it requires more a detailed insight into the synastry as it was, in the first place.