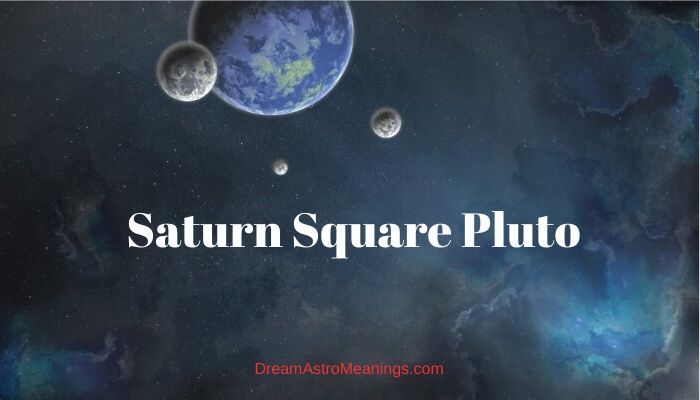 Astrology could give us many answers to questions regarding specific areas of our life and, possibly, about our destiny and future. Astrology is today considered a pseudo science, an alternative one, though it is widely used and many people interpretations it offers.

It is an ancient discipline, the so-called ‘science of the starts’, which is the literate translation of the term ‘astrology’.

What kind of answers the astrology offers? People are wrong to think that astrology gives answers set in stone. Well, the truth is, natal astrology or synastry reports are charts that are, indeed, written on the heavenly vault and, thus, unchangeable.

However, that is not the end of the story. Astrological charts offer us the insight into whatever potentials are there seen.

In other words, astrological charts are a precious guideline and something that could help us better to understand ourselves and the world around us. This is especially important if you are interested into horoscope compatibility, the synastry. The astrological charts themselves are immutable.

However, the potentials are still potentials. Learning about them would actually help you use them properly.

However, the most common demand of an astrologer is to analyze the romantic compatibility of two natal charts.

Therefore, the astrologer would first analyze the charts separately, in order to see what kind of personalities are involved with the relationship.

This way, the astrologer ‘meets up’ both parts. After that, he or she could proceed onto putting them into an astrological connection.

The connections between planets seen in both charts would create a specific new chart and specific energies.

When an astrologer puts two charts into synastry, it forms specific aspects that would determine the nature of that relationship as a whole.

As you probably know, aspects are connections, angles planets in an astrological chart form in between.

There are major and minor aspects. The closer are the planet in relation to the default angle of the aspect (e.g. 90 degrees in the case of our aspect in question here, the square), the stronger are its effects.

Before the astrologer analyzes the synastry, he or she would look into both individual charts. Several segments would be of great importance to look into.

Two charts in synastry would create aspects that would reveal how the energy flows between them. The aspects could be favorable or not.

The insight into these aspects would reveal to you why certain segments of the relationship are not functioning smoothly and which ones are the best parts of the connection.

The synastry report does not guarantee your (potential) relationship is going to fall apart or to blossom.

Saturn in Mythology and astrology – The Importance in Synastry

Let us learn more on the planets we are going to analyze the synastry connection. The first is Saturn, the planet everyone blames for trouble and suffering. Indeed, Saturn has never had a good reputation.

Associated with the titan Saturn or Crouns, depending on whether you look into Roman or Greek mythology, the planet is associated with pain, suffering, destruction and limitations.

In the ancient mythology, the titan Saturn feared of the prophecy that his children could overthrow him, so he devoured them. It was precisely what he did to his own father, Uranus.

However, Jupiter (Zeus) was saved and hidden by his mother and he eventually defeats and overthrown his grisly, terrible father and shares the rule over the world with his brothers.

The myth of Saturn is dark and scary, so no wonder the planet has also been attributed not so desirable meanings. However, Saturn is karma; it is the planet that represents our destiny.

Saturn is about things we could hardly change. It is the planet that teaches us patience, limitations, borders. It is associated with pain and suffering, it teaches us about them.

Saturn’s lessons are never easy to bear, but they are considered necessary. This planet is also associated with the old age, with difficult and chronic illness. It represents our ability to withstand life challenges, problems, and our strength to persevere.

The purpose of this gloomy planet is to teach us seriousness and wisdom, though not in a very pleasant way.

One could easily imagine Saturn’s role in synastry would never be an easily bearable one. Saturn’s methods are often difficult to get along, hard to understand.

The less we are ready to accept and understand them, the more pain Saturn would cause to us. Saturn is about order, discipline and responsibility. We will see how it interacts with another solemn planet in a heavy aspect of the square.

Pluto in Mythology and astrology – The Importance in Synastry

Pluto was considered a strict, serious, but just god, merciful when needed. He was not evil, but he was definitely not a favorite one.

Since he was the master of the inevitable death, Pluto was considered an unrelenting god, one that would decide in which way the person would die. He was believed to be merciful towards good people, and just.

His name was feared, so the ancient Greeks would use different attributes when speaking about him.

One very interested detail is associated with Pluto. Besides his dark business, he was also a deity that provides people with richness, the one who shares riches. He was frequently depicted with the so-called horn of abundance.

Pluto planet is associated with power, with things unseen and things we could reveal, foretell, and feel by intuition. The planet Pluto rules the sign of Scorpio.

Pluto is one of the three Transcendental planets, the last one. It represents the higher octave of the planet Mars.

It is usually considered that Pluto would not play much important role in a natal chart, unless it stands on a prominent place or creates aspects with personal planets. In our synastry case here, Pluto and Saturn are seen in the unfavorable aspect of square.

It is the aspect that does not allow compromises, suppresses the free energy flow, brings troubles, conflicts and problems. The square is s responsible for destruction and tension.

It is also the aspect that brings strict divisions, contrasts and stagnation. The energy between the planets found with the square aspect cannot flow and would have hard times finding a common stream.

The square is a powerful aspect and if we do not pay attention, it would bring in the same type of problems over and over again.

The area of life that was affected by the square is the one we should strive towards finding the balance within. It is the aspect that forces us towards introspection and reconsideration of our attitudes towards life. The square should make you develop tolerance.

If one is unaware of this or does not want to accept it and work on it, the rejection would very likely cause the person starts losing the healthy energy and develop schemes that bring only destruction and misery.

It could even lead to illness, but also to social rejection, loneliness and unnecessary confrontations.

Saturn square Pluto is not an easy aspect for the relationship. Both planets have to do with control and power, so things would not get easy between the partners.

It could make it really hard. This connection is associated with transformation, but an unwilling one.

What is interesting to note is that both partners here have a great and deep insight into what the other one needs, regarding the transformation.

Each one of the partners probably has an inner need to transform, though neither is ready to admit. Pluto, being the planet of death and rebirth and especially associated with obsession and manipulation, when seen in synastry would rather try to change the other one than him or herself.

Saturn, the planet of restrictions, would resist that change, but would impose their own ideas of change on the other one. In this heavy connection, the partners press one another to change the way they think they should change.

You know each another very well and the thing that they insist on changing is usually what really should be changed. However, it is a frustrating, tense process and it would make your relationship under constant pressure.

This uneasy situation gives an impression that the other person was guilty for the relationship not functioning smoothly. What you should try to do is to change your focus and try to figure out if there is something true in what your partner feels about the changes you should make.

These transformations are possible, but always troublesome, heavy, tense, full of non-acceptance. It often happens the greatest problem is that the other one can precisely define what is in question; many of the ideas remain on a subconscious level, but so they manifest in a frustrating, uncatchable manner.

You suggest your partner to change something, but he or she has not enough self-awareness about the issue and vice versa.

This heavy aspect would definitely affect the relationship, regardless of the other aspects that might be lovely and favorable. Saturn square Pluto is an aspect that brings in restrictions and so this relationship would always be a bit tight.

There is no relaxed atmosphere. Each would always feel restricted. One or both partner might feel deprived of something essential to them.

This feeling is constant. It could be stronger or milder and it could affect specific areas of your romantic life, depending on the planetary positions as a whole. The greatest and the most challenging problem is that this situation makes you feel that the relationship itself is something limiting, restrictive.

One or both of you might feel as if the relationship prevents you from doing things you love to do.

There could be additional problems, all related to some form of restrictions. One may feel as if they were deprived of something important, be it material, spiritual, or emotional.

In time, this could lead to more and more tension, pressure and burden that would eventually make even the most inspiring passion and attraction fade away.

This type of a relationship is commonly, though not necessarily, doomed to cool down. However, that is the worst scenario.

You could make it work through understanding the problematic nature of this aspect in the first place.