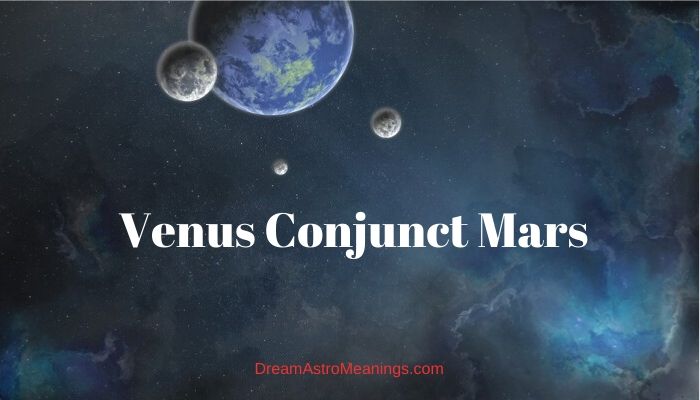 Have you ever looked up at the sky wondering if those lovely shining spots up there possibly hide the secret of your unanswered questions?

It may be seen as an overture to some Romantic literature, but such a question has been asked since ages much older than any of the artistic movements we know.

Our ancient ancestors have looked at the same stars wondering about similar things. In old times, before the dawn of civilization, people would look at the stars and observe the sky as a navigation map, for very practical purposes that made part of their nomadic life.

Later, the naming of the constellations and stars made the navigation easier and, at the same time, it made people feel a bit closer to that ineffable space out there.

Associating planets and stars with mysterious heavenly forces, personification of celestial phenomena, mythology, legendary tales, religion, science, all these have been helping us understand our place in the universe.

Astrology could be understood as a blend of all these or some of them. Although it is usually called the ‘science of the stars’, astrology is more than that.

First, many would argue about its scientific components; hence, astrology is a pseudo science. However, back in the day, it was the same science as astronomy.

Today, the two are strictly divided. There are different systems of astrology. The one we will be talking about is western astrology, claimed to have originated in ancient Mesopotamia.

There is no sufficient evidence to prove the exact origins of astrology and various authors have been struggling to explain its existence. Civilizations that had no contacts at the time all were familiar with the concept of astrology.

Their systems were different, but all had the same base, reading the stars and observing the skies and planetary motion.

When it comes to modern astrology, it is based upon the old hermetic tradition that observes this whole universe as macrocosm reflecting in microcosm. Observing and studying the skies, we could understand what happens to us on earth.

Natal charts are the base of astrological analyzes. They show how planets and their positions shape up one’s life.

Astrology of relations is one of the most popular fields of astrology, directly related to natal astrology. Synastry is a comparative study of natal charts.

It compares the two charts and analyzes the elements that connect them, astrological aspects in particular. Synastry is different from composite reading, since it does not merge charts into a new one.

By analyzing aspects these charts would create, synastry report reveals the energetic exchange between two partners.

However, before the astrologer starts reading the synastry, he or she has to interpret both charts separately, in a professional, objective manner, following basic astrological principles. It is important to consider both charts as individual.

The astrologer would read each chart in its entirety, but it is especially important to focus on each individual’s tendency towards relationships and commitment, their ideas about romance and love, marriage family, expectations of romantic life and of life in general. Each chart would play a role in synastry, just as each person would do in reality.

Synastry would show how many aspects the charts create and of what sort. There could be heavy and easy ones.

Each synastry is a story of its own. Having an insight into it could only help you understand each other and the whole relationship better. Let us look in astrological aspects in synastry.

Aspects play the crucial role in understanding synastry. They represent contacts between planets from both charts, angles they form among themselves. Not all planets have to be involved, but there would usually be all kinds of aspects.

Aspects could be easy or flowing and heavy or challenging. There are five major aspects that represent five specific angles.

Easy aspects are those that flow, in which the energy of both planets flows freely and manifest its best qualities. Challenging aspects make the energy between planets tense or conflicting and those could bring troubles.

The first ones are the trine and the sextile; the latter are the opposition and the square. The fifth aspect is the conjunction and it could be both easy and heavy.

Normally, you would first think it would be awesome to have a synastry with only positive, flowing aspects. In reality, it is not that ideal, just as it is not good to have only easy aspects inn your natal chart.

A relationship becomes unique and special thanks to its unique mixture of both easy and heavy aspects. Of course, no one wishes for too many heavy ones.

What do aspects reveal? They could show what areas of your mutual life could be the most favorable and which ones could be troublesome.

Aspects represent your planetary energies working together, complementing one another, imposing on one another, fighting. Aspects are all of this. They alone do not determine the destiny of your relationship.

It is difficult to give stereotypical interpretations for any of the aspects, since other aspects would have to play they role, as well as elements of each chart would play their part.

However, we could give an outline of specific aspects and point out the most common characteristics. Let us first explain what the conjunction aspect represents.

Conjunction is usually taken as the strongest of all aspects. It is very logical, since this aspect presents with a little or no distance between the planets. Conjunction is 0 degrees aspect, but a deviation up to 10 degrees is allowed.

This means that planets match either positions or that they are very close, as touching one another almost physically.

Many would say two malefic would give a ‘bad’ energy and the other way around.

Different natured planet would make it more complex. Regardless of a particular case, the energetic output in the conjunction is astounding.

Venus is the planet of beauty, love, fertility, of everything that is beautiful and joyful. Venus makes us realize what makes us happy in life.

It helps us realize how much other people love us and how much we love others. It represents our capacities to give and receive love.

Venus is associated with art, creativity, pleasures of all sorts, especially small pleasures, such as, for instance flowers and sweets.

Venus represents the spiritual element ruling the matter. It means that the love is the strongest force existing and that it could conquer all.

Venus is associated with young women, with dancers, musicians, with passion and romance, amorousness. It is one of the personal planets and it plays a vital role in synastry.

Mars represents raw strength and vital energy. It is a masculine planet and a malefic that is associated with battle, troubles, conflicts, competitiveness and injuries.

However, Mars possesses incredible physical strength and this ‘bloody planet’ is associated with healing and regeneration. Mars is fierce, active, and carnal; with Mars, the physical rules over the spiritual.

Mars drives us to compete, conquer, to achieve. It is a combatant planet that could bring amazing achievements and terrible destructions.

It is one of the vital planets regarding synastry, since it clearly represent the carnal, physical, chemical element of attraction. It is associated with passion, lust and bodily desires.

Venus and Mars are two planets that are of the essential importance in romantic relationships.

When there were aspects between Mars and Venus in synastry, it usually indicates a romantic relationship, a romantic attraction between two persons.

However, it does not guarantee the relationship is going to last; aspects between Venus and Mars do not mean there is any understanding between the two.

It is important to look for the aspects these planets form in synastry. One should focus on aspects between Mars and Venus, between two Mars or two Venus, as well. Two Venus in flowing aspects indicate that both partners find pleasure in the same things in life.

For example, if Venus in one horoscope was in Cancer and in the other horoscope it was in Pisces, it indicates that these two would very likely enjoy watching romantic and family movies together, while two Venus in the Air element signs would have pleasant times watching science fiction.

This was just a plastic and illustrative example on how favorable connection two Venus could form.

Two Mars in good aspect indicate a similar level of energy, similar speed of coming to conclusions and decisions, great understanding concerning all kinds of physical things (for example, these two could enjoy sport activities together).

If two Mars were in a challenging aspect, it is very likely that there would be a lot of fighting and arguing.

If a man was the Mars person and the woman was Venus, an aspect between them intensifies the man’s need to protect and defend his partner. Gentle Venus would do her best to be even more attractive to Mars.

When these two are in a flowing aspect, their chemical, physical connection would hardly fade away. The carnal element is strong.

Negative aspects would cause much drama. Jealousy is common, arguments as well. Physical attraction remains and it is a channel for all the negative energy. This as a love-hate relationship.

They could hardly understand one another, but they cannot be without one another. If the woman were the Mars person, then she would be the one to take up the initiative.

Male Venus would usually surrender and enjoy. If these two were in bad aspects, the situation becomes similar to above described. In any case, aspects between Venus and Mars are of great significance for a romantic relationship. Of course, flowing aspects are desirable.

Let us see what we have got with the tricky, though powerful conjunction between the two.

The power of conjunction makes the connection between Venus and Mars irresistible. It is virtually inevitable that you two start a relationship.

In this case, partners usually recognize one another as future lovers right from the starts; you were never meant to be in the friend zone. The physical, carnal element would probably remain strong.

Romantic and carnal desire is both intuitive and animalistic and you two are likely to have amazingly passionate connection. If it happens that you split up, there is no way each of you could forget such a strong chemistry.

Even if years pass, you would remember the sweet joys of your romantic contact. Venus conjunct Mars is a natural, hardly explicable.

Mars embodies the kind of carnal energy Venus lusts for. It is extremely interesting to note that, in this case, all your set up ideals regarding physical appearance would be clouded by that unexplainable chemistry.

You are literally meant to share the passion of love. This kind of attraction is typical for love affairs, but it does not guarantee the longevity of the relationship.

In Venus conjunct Mars aspect, Mars person would take up the traditionally masculine role and Venus the feminine one, regarding the physical, bodily element of the relationship. It has nothing to do with who is who in reality – these are well-determined astral roles, to say.

The problem that may arise is that other aspects could mess things up and bring forth all kinds of confects.

This greatly depends on your natal charts and on other aspects in synastry.

Although the physical attraction is unlikely to fade away, the connection could really turn into love-hate relationship, in which you long for one another, finding it difficult to explain, since you argue over small things all the time.

When it comes to the physical and chemistry, you know what the other one wants.

The intimate bond is obvious and very strong. Lust and passion paint this connection, but there could be problems such as possessiveness and jealousy, which would depend on the involvement of Pluto.

The exact course would definitely depend on other planets involved with the synastry.