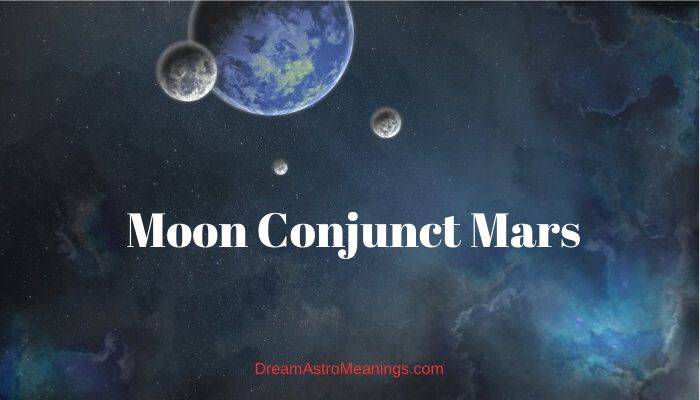 Astrology is one of the oldest sciences humans have invented. It roots seize far back into past, being associated with ancient Babylon and also with old Persia. Presumably, although there is actually no sufficient evidence, ancient Babylonians were quite enthusiastic astrologers.

Many historians claim that astrology originates from the fifth century before Christ, although we know that humans have observed the stars much earlier in time.

Ever since humans caught the idea of Time, they would observe the stars and take them as a navigation map.

Naming constellations and determining the position of the beautiful heavenly bodies would make us closer to those vast and wonderful skies and closer to nature. Astrology as we think of it was first equated with astronomy.

Many notable figures from the past, especially much known philosophers, mathematicians, physicists and others were familiar with astrology and deeply interested into this old ‘science of the stars’.

Johannes Kepler and Isaac Newton are names you are certainly familiar with and they are just a few amongst many others.

Emperors, kings, military commanders and warlords would gladly consult their royal astronomers-astrologers regarding the future of a war campaign, their rule or whatever else.

They would take their readings most sincerely. Could stars really be trusted? The status of astrology among sciences is debatable. Modern astrology parted its ways with astronomy, which is an official and exact science.

Many would argue astrology does not have a consistency that could match acknowledged sciences, but still many people trust its readings. In modern days, astrology is very popular.

After a long and turbulent history, the interest in astrology has been renewed after the Second World War. Today, astrology is accessible to anyone, mostly through internet.

You could get your natal chart reading in a matter of seconds. You could consult an astrologer online, pay for a detailed and thoroughly analyzed report and have it in your email inbox shortly after.

Of course, one could also arrange an appointment with an astrologer or else. Our intention is not to question the reliability of astrology.

Hereby we offer you an insight into what you could learn from a report and especially from a synastry report, which is our focus. Astrology gives complex and valuable information, but it should not be taken as some unchangeable set of rules or steps.

Your natal chart is unchangeable, but it is how you would use the information it offers that matters the most.

Amongst many interesting areas of astrology, synastry or astrology of relationships is probably the most popular one. Comparative astrology has been popular since ages ago.

Synastry is very popular nowadays. What does it read? How the synastry ‘works’? Synastry is the study of two natal charts in comparison to one another.

Different from composite report, the synastry report analyzes contacts between the two charts point by point. Composite chart is another type of a relationship reading, but in it, two charts are merged into one.

This type of analysis, the synastry, focuses on aspects planets from both charts create with one another. Thus, it could give you an insight into how energies of the two charts play along or how they not play along.

Each synastry is unique and features specific characteristics. The nature of a relationship could be explained through a synastry report.

Aspects are contacts between celestial bodies in astrological charts or, in case of synastry, in charts compared. Aspects are, in fact, angles that the planets form.

There are five major astrological aspects; their ideal angels are those of 0 degrees, 30 degrees, 60 degrees, 90 degrees and 180 degrees.

Aspects are called the conjunction, the trine, the sextile, the square and the opposition.

These aspects could be divided into two groups and it is the most common classification, to say so. They could be easy or heavy. Easy aspects are the trine and the sextile and, in them, the energy of the planets involved freely flows.

Heavy aspects are the square and the opposition and, in them, the energy could be restricted, opposed and conflicted. The conjunction aspect is specific, since its nature is ambiguous and it depends on the planets that form the aspect.

Each synastry would probably consist of a mixture of all aspects. No ideal synastry there is, that is, one that presents only with ‘good’ aspects.

If you think about it, you will soon realize the alluring idea of a perfect synastry is actually undesirable, since the relationship would probably lack dynamics, even if the flowing aspects were dynamic by their nature.

We all need a bit of challenging spicy aspects to make things interesting! Speaking of which, let us see what is could be learned about our ambiguous conjunction aspect.

What is the conjunction? There have been different conceptions of this aspect. In some Hindu astrology analyses, all planets that are in the same sign and the same house are considered conjunct.

In modern astrology we primarily talk about, the conjunction is a 0 degrees angle, with a deviation up to 10 degrees. In other words, it means the planets match or that they stand very close to one another.

Therefore, many astrologers would say that two ‘negative’ planets would produce negative energy in the conjunction, while the two ‘good’ ones would, of course, create a beneficial energetic force.

The conjunction alone is considered the strongest of aspects, which is quite logical, since it backs up both energies and amplifies them.

The energy is conjoined in the conjunction; they do not work one against the other. In synastry, it usually means that there must be some magnetic attraction.

The energies of planets in synastry could be confused, since sometimes one planet cannot clearly distinguish its own influence from that of the other one.

One of the most important planets to observe in synastry is the Moon. In astrology, both the Sun and the Moon are called planets.

These luminaries are especially important when in synastry, they light up the connection and they let partners see each other, in a way. Some authors claim it is good to have them in any type of aspects, even if it was a heavy one.

The Moon has always been fascinating to people. In ancient days, it was associated with female deities and, ever since, the Moon represents the feminine principle and also the figure of a mother.

In Greek mythology, the Moon was beautiful goddess Selene, daughter of the sun-bright titan Hyperion. She was so beautiful that, upon her arrival to the nightly sky, all the stars would fade away.

In Roman mythology, the name for the goddess was Luna. In almost all civilizations around the world, throughout the history, the Moon has been associated with femininity, dreams, magic and mysticism. In astrology, the Moon represents our inner self and our imagination. This lovely luminary is our inner guiding voice.

The Moon does not emit its own light – it has none. It reflects the light of the Sun. Therefore, the Moon could be seen as the other side of our personality, since the Sun is our core self, our reason, our inner, personal strength, self-confidence, self-image et cetera.

The Moon is everything hidden, including our emotions, our dreams and our intuitive self.

The mystical luminary would play an important role in synastry. The Moon represents emotions, but also one’s need to find comfort, compassion, a safe and a cozy place.

The Moon is associated with deep feelings, with motherly instinct, with protection and gentleness.

Mars is quite a different ‘fellow’, to say. Associated with the ancient god of war, Greek Ares, Mars in Roman mythology, this planet is also called the ‘bloody planet’, but also the ‘star of strength’.

Greeks did not love Ares as much as Romans loved Mars, since he was considered a cruel, bloodthirsty and violent god, the harbinger of war.

Mars represent the masculine principle. In astrology, matter rules over the spiritual with Mars. Mars is incredibly important for synastry reports, since it represents our animalistic self.

Our chemical attraction, our bodily desires, everything carnal and tangible.

According to mythology, the only one who could soften his raging temper was Venus, the goddess of love and beauty, with whom Mars had many children.

Mars and Venus are especially important to look out for in synastry, especially if they create aspects.

Here we have Moon, which is also of the feminine principle, conjunct Mars. Let us see what it means.

This is an intense and magnetic connection, which is a commonplace when a feminine planet is in conjunction with a masculine one. This contact indicates strong carnal attraction, but also a deep emotional one.

We could characterize it as an intense connection, which could, at times become a bit too much for the sensitive Moon.

Mars, fierce, passionate and very intense by nature could become overly strong for the gentle Moon. It is a strange type of a very deep attraction, in which the Moon person could find their Mars lover either too reactive or cruel.

This is a relationship marked by intense emotions and there would be pain and hurt feelings. However, the reconnection might be even better.

This is not a love-hate relationship, but surely it is a dynamic, emotionally and carnally dynamic one. These two are passionate about one another and they care a lot about one another, each in their own manner.

This couple lacks objectivity; their decisions and opinions are deeply subjective. What is incredible is that they are into one another’s person, fully.

They crave for one another on both an emotional and physical level. They could face problems once the original flame was gone. It could even be gone once two potential partners actually start a relationship- there is a need for pursuit in this connection.

However, they would usually have a strong desire to revive it and maintain it, since they do have strong astral attraction to one another.

We have mentioned the differences between the Moon person and the Mars person, in terms of sensitivity. Caring and nurturing Moon could find Mars to cruel, too harsh and raw at times.

On the other hand, too nurturing Moon would not please Mars, active and in need to move, although the attention would please the Mars person and soften the aggressiveness.

If it happens that the initial romantic pursuit energy fades away, these two could find it problematic,, as both are used to deep and dynamic energy, even if the Moon was sensitive. Usually it is that the Mars person pursuits the Moon one.

If the fire calms down, Mars would be frustrated, but the Moon would also feel bad.

However, this is not a necessary case and it definitely depends on other aspects. The core of this contact is strong physical and emotional magnetism.

Nevertheless, one should always have in mind the difference between these yin and yang planets and their fatal interaction. Other lovable aspects would soften the fierceness of the connection and make it lovingly smooth.