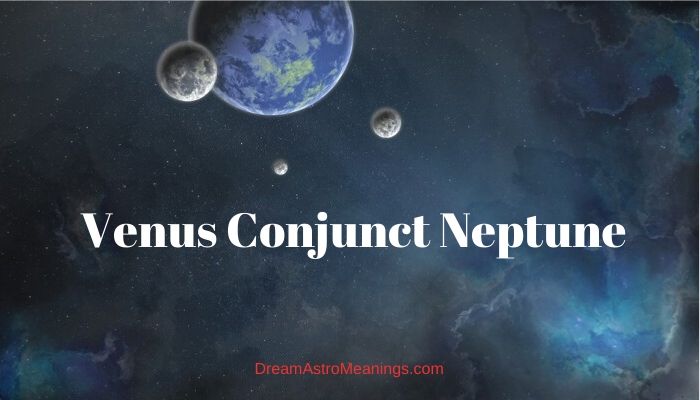 Astrology is not a science, but it is still used for millennia to determine the personal traits of people as well as future events. Astrology also analyzes the potential of relationships and their longevity.

The main tools astrology uses are the planets in the natal chart created for a certain moment in time (like someone’s birth or the moment of some event).

Astrology analyses the planets and the signs where they are placed, as well as the houses in the natal chart where the planets fall.

Aspects are strongest when they are exact. Strong aspects color someone’s personality or a relationship.

Aspects can be major or main, and minor, and they can have harmonious or inharmonious nature. Major aspects are conjunctions, sextiles, oppositions, square, and trine.

Conjunction is the most powerful aspect. It is formed when the planets have 0 degrees distance between them. The orb for this aspect is max 10 degrees.

Of course, every aspect is strongest when it is applying, or approaching to being exact. This aspect has a neutral nature which is colored by the nature of the planets creating it.

As we mentioned earlier, astrology can be used to analyze relationship potential. The technique that does that is called Synastry.

Synastry analyses the individual natal charts and compares them to determine how compatible two people are.

The aspects between the planets tell a story about the relationship itself, and give us a clue whether it is likely to be lasting or not. Challenging aspects are bad news for the relationship unless there are enough harmonious aspects to neutralize their effects.

If the aspects are generally unfavorable, this indicates lack of essential compatibility between the two people.

They will need to put a lot of effort to maintain their relationship, or one side will be significantly less interested to keep the relationship than the other. Depending on the aspects, it is likely that there will be a lot of conflicts and disagreements between them.

This relationship requires compromise and the partners might not be ready for it.

If the aspects between the partners’ planets are predominately harmonious, the story is different. This indicates a balanced relationship and compatible characters.

They will most likely put in the effort to maintain this relationship and make it lasting. They quickly solve their problems and don’t allow them to grow.

Venus is the planet of beauty and romantic love, just like the ancient Roman goddess it borrowed its name from. Venus was known from ancient times as the “evening star”, or the “morning star”. It is a very bright planet, and second brightest following the Moon.

This planet doesn’t distance much from the Sun (not more than 48 degrees).

In astrology, Venus is also the ruler of beauty, love and romance. It also rules women in our life, our mother, relationships, art and artists, social events, attractiveness, weddings, money, wealth, luxury, justice, etc. It rules Libra and Taurus and is exalted in Pisces. In this signs it feels at its best.

People ruled by Venus love beauty and are often artistically gifted. Many choose some creative profession where they can express their love for beauty. They are usually good looking and have impeccable style.

People admire them often for their refined taste. They also love being in beautiful surroundings. They enjoy buying beautiful items and clothes.

Their home also must be beautifully decorated carrying their personal touch. Venus in challenging aspects could make the person a spendthrift and careless about spending their money.

It could also make the person lazy and self-absorbed. Venus people cannot stand being alone and prefer any kind of company than being by themselves.

Neptune is a cold planet; second coldest following Uranus. In its interior it is made of ice and rocks, and is composed mostly of helium and hydrogen. Neptune is the ruler of water and all matters related to water, just like the Roman god Neptune whose name it carries.

Neptune rules the sign of Pisces. It brings disorder and confusion into our lives. Its influence is strongly felt by people who have Neptune as their ruling planet.

These people have dreamy characters and are usually very emotional. If Neptune is afflicted, they could exhibit the darker traits of Neptune, such as lies, manipulation, and deception.

If Neptune has challenging aspects, that could be very dangerous for the person. This person might be prone to addictions, criminal, nervous disorders, and similar states.

Because Neptune also rules religion and religious authorities, it could make the person very religious or choosing an occupation related to religion. Neptune person could also have psychic traits and use them to heal and help others.

Neptune is a generational planet that initiates major transformations in society, especially in the areas ruled by Neptune or the sign it currently transits.

When someone’s Venus is conjunct to someone’s Neptune that is a true romantic connection.

This relationship is often described as pure love, or something that exists only in books or movies. They are both very emotional and sensitive and are connected by gentle feelings and understanding for each other.

This is a tender relationship where both partners tend to indulge their partner’s desires and needs.

They are both very romantic and can become obsessed with one another. Venus has a tendency to idealize her Neptune partner, and sometimes projects the traits she desires him to possess even though in reality he doesn’t have them.

Neptune might be under pressure to play the role Venus has assigned to him, but that cannot last forever and he might get bored or simply tired of playing a role instead of being himself.

Venus conjunct Neptune is often a contact where the Venus partner idealizes the Neptune partner and projects her desires to be in a relationship with him, and in reality is such that he doesn’t consider her a relationship material.

He might realize that her expectations are a burden to him and retreat, leaving her confused and in some cases, broken hearted.

If the intertwined aspects between their natal charts indicate stability and long term commitment, this aspect will add on the cream on the top, but if the other aspects are challenging, this relationship might prove to be a big disappointment, usually for the Venus partner.

There is a great dose of emotional and physical attraction between these two. Neptune loves beauty maybe as much as Venus and he will be amazed by Venus’s attractiveness.

Venus might perceive the Neptune partner as someone they have always dreamed about. He might appear as Venus’s romantic ideal. Her infatuation about him is so strong that in time begins pressuring him.

They enjoy each other’s company and the feelings between them are genuine. The problem is Neptune’s unreliability.

The Neptune person might not be the ideal partner for Venus, but she might take very long time to realize that. He might even try to point out that himself, but she might be so overwhelmed by her imaginary stories about him, that she will refuse to notice that or hear what he is saying.

In some cases, when Neptune is afflicted, he might try to use her obvious infatuation for him, to make her do things for his advantage or use her in another way.

In some cases, although rare, Neptune can be the one who is more into the Venus partner. If the planet Venus is afflicted in the natal chart, she might act carelessly and hurt Neptune’s feelings making an emotional scar that will last a long time.

With this contact, it often happens that the Neptune person simply disappears, leaving the Venus partner without an explanation of his disappearance.

It could be a very painful experience for her even though the relationship was probably based on her false premises about him and illusions about their love.

Venus might be prone to ignoring Neptune’s faults and negative traits, convincing herself that he loves her and that they will be together. This infatuation is a consequence of the Neptune effect that causes Venus to be “blind” to the obvious facts, which even Neptune person doesn’t try to hide.

This is often a contact where the Venus partner falsely believes Neptune is her soul mate.

In some cases, this aspect could be an indication of true love and if other aspects between the partners’ charts support that, it could be a lasting union.

These two might be drawn to each other because of their mutual shared interests for beauty and art. They might both be into arts and creating something together.

If this is the case, this is an aspect where both of them find inspiration in the other and support each other’s creative efforts.

For this relationship to work out, it takes a lot of effort for both partners to avoid creating any kind of illusion about the other, or playing a role just to fit their partner’s illusion.

When Venus in one person’s natal chart forms a conjunction with another person’s Neptune, this creates a dreamy and romantic combination between the two.

This appears as a dream kind of love and relationship that will last forever. This might not always be the case.

Their relationship is kind and gentle and there is a tendency of projection and idealizing between the partners. It is important not to allow illusions and imagination overwhelms reality.

They need to see each other in a real picture and base their relationship on that perception, not an imaginary one.

This contact often brings disappointment and sorrow which happens when the Venus partner realizes that they have been deceiving themselves about their Neptune partner.

The Neptune partner might abandon the Venus partner without explanation, leaving her broken hearted.