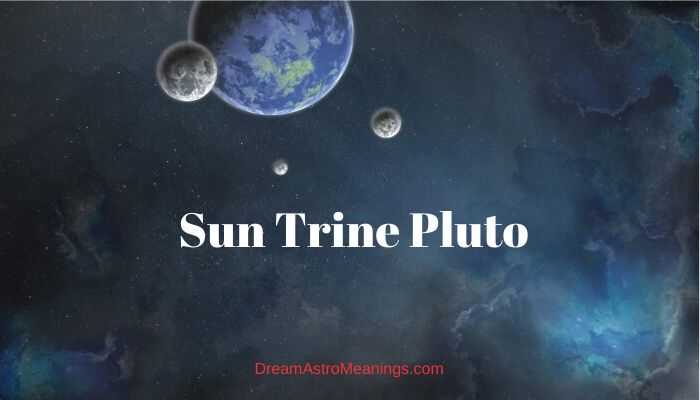 Since ancient times, people have used astrology to try to discover their future and find out the personal traits of people.

People understood that the planets strongly influence our lives, both our character and our future.

The positions of the planets during our birth can influence our personality and create the traits of our character. They can also describe the events that are likely to happen in our future.

Astrology has different techniques to analyze the planets in our natal chart, but most commonly used is the analysis of the aspects between the planets, and their placements in signs and houses of the natal chart.

Advanced analyses include techniques such as progressions, transits, and others.

Aspects are essential in determining facts about someone’s character and life. They are relations between planets when they form certain angles.

Aspects reveal someone’s interests, their nature, and the choices they will probably make in life. They can be major or minor.

The major aspects are oppositions, conjunction, sextiles, trines, and squares. Some aspects have harmonious influence, and some don’t. Trines are harmonious aspects formed when the planets are at a distance of 120 degrees apart.

This aspect enables the planets to express their influence and energy and cooperate with one another. It creates opportunities for progress and achievements of desires.

Astrology can also be used for analyzing the potential of relationships. The principles are similar to those when analyzing individual natal charts. The astrological technique used to analyze relationship potential is called synastry.

In its basic analysis, synastry compares the planets in the natal charts of two people and determines their placements in the partner’s natal chart houses, as well as the aspects between them.

This analysis determines how compatible people are and what are their potential issues.

With predominately harmonious aspects, the relationship is likely to be successful and lasting.

The two people get along well and are willing to put in the effort to make this relationship work. If the aspects between their planets are challenging, the situation is different.

The Sun is the main precondition for life on earth. It is composed mostly of hydrogen and helium. There is a common belief that the Sun was formed 4.6 billion years ago.

Since ancient times people understood the importance of the Sun for our existence, and they worshiped it a deity.

In astrology, the sun symbolizes energy, vitality, life, willpower, and consciousness. The Sun demonstrates the size of our ego and also represents how rational we are.

People with strongly placed Sun in their natal chart exhibit traits such as determination, will, confidence, etc.

This person knows where they are headed and have a strong will to be successful. People influenced by the Sun are usually energetic and creative. They can be egotistical and self-absorbed.

The Sun describes our life purpose and our main personal traits. It also reveals the way we influence others. The Sun rules the signs Leo and is exalted in Aries. This is where it’s most potent.

The Sun rules wealthy and successful people and is also the ruler of men in general.

The Sun indicates what motivates us in life and where our focus is. It could indicate what we consider as most important in our life. The Sun symbolizes devotion, motivation, decisiveness, courage, but also selfishness, egotism, bragging, etc.

Pluto was considered a planet since not long time ago. Its status has been downgraded to a dwarf planet because it doesn’t have all the traits required for a planet.

In astrology, Pluto still has a planet status. It is considered a generational planet, whose influence shouldn’t be neglected.

For the ancient Romans, Pluto was considered the god of the underworld. In astrology, Pluto is also related to the subjects of dying and rebirth, transformation, and regeneration.

Events ruled by Pluto usually have a transformative nature and the person is usually completely changed after experiencing them. These events mostly happen during some important transits and progressions which trigger Pluto.

Pluto’s influence is mostly sensed by people who have it prominently placed in their natal charts, such as having it as the ruler of their chart or placed on some angle. This planet carries a destructive energy within.

It symbolizes catastrophes and destruction, all kinds of events that have a transformative effect.

Being a generational planet, Pluto also has a transformative effect on whole generations and society in general, bringing changes in the areas ruled by Pluto.

People influenced by Pluto usually have a strong intuition and are able to sense people’s thoughts and feelings.

They are fascinated by secrets and have a way of discovering them with ease. They are honest and not afraid to speak the truth, and they detest people who are prone to lying.

The influence of Pluto is mostly felt in the areas ruled by the house where it is placed in the natal chart. Its influence can be very dramatic. It often rules areas such as control, domination, and manipulation, and people with strong Pluto can be prone to these traits.

Some of them could be a victim of people who treat them in such a manner. Pluto’s lessons might be to learn how to get rid of these traits, or to stop allowing being treated in this way.

The Sun and Pluto have opposite natures. The Sun acts openly and shows all its cards, and Pluto tends to hide their true motives and acts hiding behind a mask.

They both have power and if they are connected by a beneficial aspect such as trine, this can be a very useful union for the both. These two often have some mission to do together and this relationship can be fated.

If the Sun and/or Pluto form challenging aspects in the natal charts, both or one of them might feel that they lack basic compatibility to maintain the relationship.

This could sometimes lead to fights for supremacy between them, which can range from minor disputes about who is right, to major fights and disagreements.

Pluto might use Sun’s weaknesses to get even at them. The Sun might provoke Pluto, especially causing their jealousy.

If Pluto has challenging aspects in the natal chart, he might feel the need to dominate his Sun partner and control their behavior in some way.

This aspect usually indicates strong attraction between these two and a passionate relationship. This can be a relationship full of cooperation and understanding.

These two are both energetic and it is likely that their relationship will burst with energy. This relationship might have a transformational effect on both partners, especially on the Sun person.

Pluto will most likely be the side who will know how to keep distant without revealing the intensity and true scale of their feelings, while the Sun will probably be completely open about it, showing all of their emotions for the Pluto person.

There can be an element of obsession in this relationship, where the partner’s feel as if they cannot be without their partner.

Fortunately, this won’t be an unhealthy type of obsession because the aspect is not a challenging one. They will enjoy spending time together and appreciate each other’s presence.

Even though it might not appear that way, the strongest party in the relationship will be the Pluto person. This person has all the control and they ultimately decide where the relationship is headed.

That doesn’t have to be a bad thing, because with an aspect like trine bonding the Sun and Pluto together, the Sun person will be delighted to let the control into Pluto person’s hands.

In some cases, of course, this won’t be easy for the Sun person to accept, which is usually when the Sun has challenging aspects and/or when the Sun is the ruling planet in the natal chart. In this case, Sun’s ego and pride could be very strong and will find it difficult to tolerate Pluto’s dominance.

If Pluto wants, he could easily undermine Sun’s sense of confidence and pride because he can easily spot the Sun’s weak sides, and the Sun is not able to do the opposite. Pluto is and remains a mystery for them.

This relationship asks a lot of self-control from both partners, despite the fact that the aspect connecting them is harmonious.

The Pluto person needs to control his urges for domination and controlling their partner’s actions because they might cause unnecessary tension and conflict.

If they manage to control themselves and respect each other’s independence and freedom, these two can maintain the relationship on a mutually satisfying level.

This couple could create wonders if they manage to cooperate and use their power to create rather to compete for supremacy. With the trine, this is likely to happen, because both of them are aware of the potential benefits their cooperation could provide for them both.

Their intimacy is intense. The connection between the Sun and Pluto is always passionate and full of attraction regardless of the nature of the aspect. In some cases, they won’t be able to take their hands off of each other.

Both partners will find physical pleasure and satisfaction in this relationship even if other elements of the relationship don’t function properly.

When one person’s Sun and other person’s Pluto connect with a trine aspect, which produces an emotionally and physically intense relationship.

The partners seem fascinated with each other and the attraction is immense.

The Sun person might be the side who expresses their emotions and feelings openly while the Pluto person will likely hide the way they truly feel. In many cases, these two will become inseparable.

The best way to function and maintain this relationship is to control their strong urges and desire to lead. Both of them are leaders and in a relationship one person needs to back off.

In this case, this will likely be the Sun person, although in many cases that will be reluctantly. If the Sun is strong in this person’s chart, which causes them to be authoritative and egotistical, this person will find it hard to accept Pluto leading them.

This could lead to conflicts and disagreements, which with the trine aspects aren’t very common.

They both need to find a way to make compromises and suppress their urges do be the number one in all situations; when they manage to do that, this could become a couple that could create miracles together.

They are passionate about each other, and their intimate life is a satisfying experience for the both.

With bad aspects of either Sun or Pluto, issues like the urge for control and dominance, jealousy, manipulation and obsession could arise.

Depending on the partners’ natal charts and the other aspects their planets are making we might conclude whether they will be able to deal with these issues or allow them to ruin the relationship.