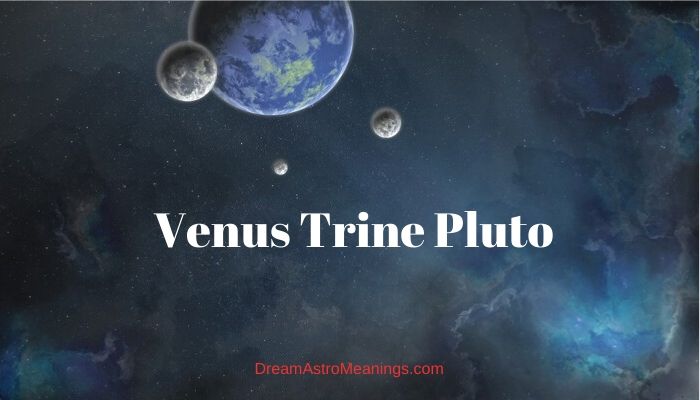 Astrology analyses have been used for centuries to determine the personal traits of individuals and to foretell their future, as well as some future events in the society.

People analyzed planetary influence and determined their meanings in aspects with other planets, placement in natal houses, or transiting through different signs of the Zodiac. Their gathered knowledge became a discipline called astrology.

Astrology has many techniques it uses to analyze natal charts. Analyzing the relationships between the planets is a significant way to gather information about someone’s personal traits as well as future events.

These relationships are called aspects. They are angles formed between the planets. Their nature can be harmonious or challenging. The first type has a stabilizing effect and helps the planets express their true nature.

The other type creates obstacles and blocks the energy of the planets, preventing the cooperation between them.

There are also main or major and minor aspects. Major aspects are the trine, conjunction, squares, oppositions and sextiles.

Trines are harmonious major aspects, formed when two planets create an angle of 120 degrees. Their effects are beneficial and they create opportunities for progress and achievement of goals.

Astrology doesn’t only analyze individual natal charts; it also has techniques to analyze relationships between people and their potential.

The technique used for this analysis is synastry. It compares the natal charts of two people to determine how they get along and the prospects of the relationship longevity.

It also tries to determine the potential issues the partners could encounter so it could give some advice on how to overcome them or avoid them if it is possible.

For many the idea of comparing natal charts of people to determine how well they get along might be difficult to accept. The fact is that when people interact, their natal charts also interact.

The compatibility between their planets can show whether they will have a satisfying relationship or not.

Harmonious aspects inspire people to make compromises and fight for the relationship. They indicate that the people involved have compatible personalities.

Disharmonious aspects require a lot of compromise and efforts to maintain the relationship. These aspects are an indication of different characters and incompatibility.

Such a relationship might exhaust the partners and in some cases it could be violent.

The planet Venus is a ruler of love and romance. Venus is known as the brightest star on the evening sky, following the Moon. People also call it the “evening or the morning star”.

It travels close to the Sun and never distances more than 48 degrees from the Sun. It got its name from the Roman goddess Venus, who was also ruler of beauty, love, and romance.

This planet is the ruler of the signs of Taurus and Libra. Venus’s exaltation is in Pisces. When traveling through these signs, Venus feels most comfortable. Venus people are lovers of beauty and usually good looking themselves.

People under a strong influence of Venus have a style people admire.

They love beauty and love being surrounded by it. They have a talent for creating beauty in their surroundings, especially their home. They often choose some profession where they can use their love for beauty to create it.

These people are also art lovers and often talented artists themselves.

These people love buying beauty items and clothes. Many of them are into fashion and design. Their living space must be appealing to their eye.

They are usually lovers of luxury and love to be able to provide it. They usually manage to earn enough to provide a desired lifestyle.

If Venus creates challenging aspects, they could be prone to overspending and jeopardizing their financial security.

They are sociable and don’t like being single or alone. They can’t be single for a long time and many of them prefer being in a lousy relationship than being alone.

Pluto is considered a dwarf planet since recently. The main reason for losing its planet status was the fact that it doesn’t have all the necessary characteristics required for a planet.

Pluto didn’t change its status in astrology where it is still considered a planet.

It is a social or generational planet, which influences generations of people and initiates transformations and changes in our society.

In ancient Roman times, Pluto was the god of the underworld. In astrology, this planet also rules matters related to death and dying. It is the ruler of dying and rebirth, transformation and regeneration. It rules waste and rotting.

Pluto is also the ruler of our soul. Pluto ruled events usually trigger major transformations and changes. This usually happens when Pluto is triggered by transits and progressions. Pluto has a destructive energy. It rules destruction and catastrophes.

People strongly influenced by Pluto tend to be most sensitive to its transits and progressions. They have strong intuition that helps them discern through people’s intentions and sometimes read their thoughts.

Nothing can surprise them and they are especially fascinated by secrets.

The house in the natal chart where Pluto is placed indicates the areas where its influence will be felt strongly and the person might encounter events of Pluto nature.

Pluto rules domination and control, and people under its influence could either be prone to exhibiting these traits or being a victim of someone treating them in such a way. Pluto’s lesson might be to change their behavior and either stop being controlling, or stop allowing others to control them.

The influence of this planet can be very dramatic and cause havoc. This planet is the bringer of changes people cannot avoid.

Their mission might be to clear the space for something new to enter or for some new experiences.

The relationship between two people with Venus trine Pluto aspect is strong and intense. This relationship is full of passion and intense emotions. There can be an element of obsession and deep attachment between the partners.

Venus might be mesmerized by their Pluto partner and the mysterious aura they emit. Pluto might be fascinated by the attractive Venus partner up to the point of becoming obsessed.

He also might express jealousy and tendency to control Venus fearing that she might leave. Venus can also experience attacks of jealousy and be worried about Pluto’s behavior.

The most prominent trait of this connection is strong physical attraction and intense physical intimacy. The attraction between these two is instantaneous.

This aspect keeps them close together and they don’t want to leave each other’s sight. With this aspect, Pluto is not motivated to manipulate and control Venus, unless there are some challenging aspects of Pluto in the natal chart of the Pluto partner.

This aspect indicates a strong emotional and physical bond between the two people. There is a desire to merge into one person and be consumed by their relationship. Both people are transformed by this relationship and they don’t ever want to leave it.

It fulfills their emotional and physical needs. They are willing to overcome all their issues if there are any and do anything it takes to maintain their relationship.

They both love and desire each other. This aspect binds them together. They can never get bored with each other.

They help each other grow through this relationship. They are both aware of how important their relationship is and give their best to control unwanted reactions and solve disputes as quickly as possible.

For outside observers they seem as a couple meant to be together. Their magnetic attraction to each other is almost palpable. This relationship seems fated and their feelings for each other are very deep.

They might feel as if they cannot control their feelings and this might be frightening at times. They are drawn to each other by an invisible and unexplainable bond. Both partners feel as if their encounter is predestined and meant to be.

The intensity of feelings and passion can be scary for the both, but they cannot resist them.

The Pluto person is the side who has the most power in this relationship although he can also lose control in the presence of Venus whom they find incredibly attractive and fascinating.

If Venus has challenging aspects in the natal chart, she might try to take advantage of the Pluto person in some way, usually unsuccessfully. Even if that happens, Pluto won’t be able to stop obsessing over Venus.

Although the trine is a favorable aspect, the combination of Venus and Pluto is so intense that it burns both partners. No one can stand so much intensity. They need to realize when to begin slowing things down and focusing on other aspects of their relationship, rather than just the physical.

Pluto can act possessively towards Venus, but she usually won’t mind that. Venus enjoys having someone strong and reliable by their side, and Pluto is made of power. Pluto’s approach is “all or nothing” and she will most likely choose the “all” part.

Because this is trine, nothing will be taken to extreme like in the challenging aspects such as a square, conjunction, or opposition between these two planets.

This aspect is so intense, that it often requires some balancing aspects from planets such as Saturn to help them survive it, and sustain the relationship.

If the other aspects are also challenging, that will burn them completely and they won’t be able to be in such an intense relationship for a long time.

Venus trine Pluto aspect between the natal charts of two people is an aspect of strong magnetic attraction that draws them to each other. This aspect can produce an obsession and strong desire to be with the other person.

Both of them could experience such feelings, but Pluto will feel it more intense than Venus, due to its generally obsessive nature. This aspect implies a strong physical attraction and wild passionate encounters.

There is physical attraction even if the relationship isn’t romantic and the people are just acquaintances or coworkers. The attraction is so strong that it cannot be ignored.

Pluto is fascinated by Venus’s attractiveness, and he can’t keep his hands off, and Venus is attracted by Pluto’s strength and the mystery that he exudes. Their relationship could be the relationship they both dream about.

There is a deep emotional and physical connection between them and they cannot imagine separating themselves for a second. The relationship has a strong transformative effect on both people and completely changes them.

If Pluto in the person’s natal chart receives challenging aspects from other planets, this might make Pluto jealous and possessive. Pluto might try to control Venus fearing of losing her.

Traits such as jealousy, possessiveness, or controlling behavior are traits that Pluto generally has but they don’t always manifest in their worst shape.

If Venus in the person’s natal chart has other challenging aspects, the Venus person might also be jealous, prone to emotionally manipulating the Pluto person, etc.

It is likely that both partners will remember this relationship as one of the best, if not the best love experiences in their lives.

This relationship is very intense, and requires some balancing aspects and support of other planets to be able to survive the test of time and neutralize the tension and strong feelings they both have for one another.

If they both manage to control their reactions and focus on resolving the issues when they arise, this relationship has a chance of being a lasting one.

The relationship is a mix of many factors and it shouldn’t be observed through one aspect only. The most important, of course, are the exact aspects between the planets.