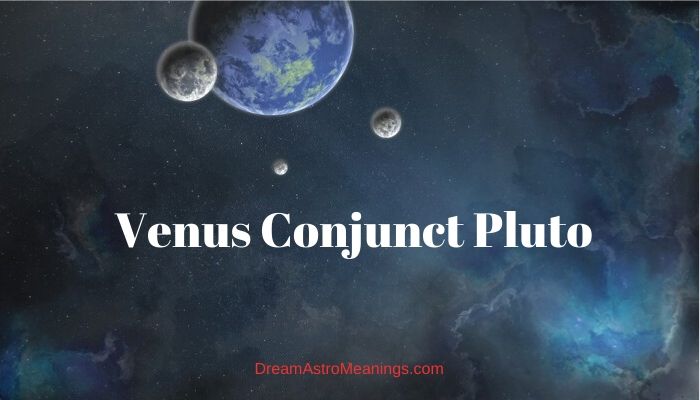 Traveling throughout the zodiac, planets change their positions and create new and new relations amongst themselves. Their unique energies play with one another and make the wonderful complexity of our lives.

According to astrology, what is seen up there in the skies, reflects on our own little worlds.

Macrocosm and microcosm reflecting one another is the base of astrological analyses.

This astral energy interplay is depicted as astrological aspects in astrological chart. Natal chart presents with specific, fixed aspects, ones that took part at the time of one’s birth.

Your natal chart is unique, just as natal charts of other people. Natal chart is a diagram that represents the planetary positions at the moment of your birthday.

By reading your natal chart report, an astrologer could reveal much about your personality, major events in your life and your destiny. What he or she reads, regarding the future are like precious guidelines.

An astrological chart offers a valuable insight into who you are and what you might become.

In modern astrology, it is believed we are tailors of our own destiny, not the marionettes of Fate.

Astrological aspects are the essential element of an astrological chart interpretation. All astrological planets are distributed over a natal chart full circle, one that makes 360 degrees.

The distance between such distributed planets are angles they form, called aspects.

Planetary aspects create specific energy; they create an interconnection, the interplay of planetary energies. Each planet is different and of characteristic vibrations.

People would simplify things and say that aspects are good or bad. However, no aspect is in itself good or bad; too many harmonious aspects make one uninteresting, boring. A few challenging aspects would make one’s life dynamic and interesting.

Of course, too many negative aspects would be problematic. Each natal chart is unique mixture of these aspects.

There are called five major aspects, in modern astrology, and they are the conjunction, the square, the opposition, the trine and the sextile. There are also six minor aspects.

The square and the opposition are considered heavy and challenging, the trine and the sextile are easier ones. The conjunction is ambivalent and its nature greatly depends on the specific planets involved.

This aspect has a direct influence on your personality and its energy could differ, depending on the planets involved. We have mentioned there are easy and heavy aspects. Conjunction could be understood as both.

According to some authors, the conjunction is pleasing if two ‘good’ planets were involved and vice versa.

It is not favorable if two malefic planets were involved and the situation gets very complex if one planet was beneficial and the other one was malefic. It is generally taken that the conjunction of two positive planets would represent a great protection and strength.

However, it would also depend on which part of the planetary energy would be involved and in what way.

In any case, the conjunction represents a specific unity of planetary energies; these energies are intertwined, mixed up and they act together.

The ideal conjunction is at 0 degree; the closer the planets are to 0, the stronger is the conjunction.

Venus was the Roman goddess of beauty and of love, associated with fertility, abundance, pleasure, amorousness and many more. She was the only one capable to soften fierce Mars’ rage and seduce the violent god of war to her charms and Mars fell in love with her.

In Greek mythology, we meet Aphrodite, the same deity, the most beautiful of all goddesses.

Many symbolic meanings are associated with the planet Venus. Apart from the association with the goddess of love and beauty, Venus has also been known as the Morning star and the Evening star.

Roman name for this bright planet appears in the Vulgate, Latin Bible, and it says Lucifer, which literally translates to ‘light-bringer’. It corresponds to the Greek term φωσφόρος.

Both if these terms are translations of the original Hebrew word helel, which means the ‘shining one’. The whole confusion about Lucifer, the fallen angel, comes from this Latin translation of Venus’ name and it still puzzles scholars.

The planet Venus, indeed, is the ‘shining one’, since it is the first star to appear at dawning.

The symbol of Venus is a full circle atop the cross, a combination that beautifully illustrated the connection between the spiritual and the material aspect. In Venus, the Spirit dominates Matter, as it is seen on top of it.

In case of Venus, it is the force of love that is believed to have the power to overcome all material impulses.

Venus implies that all we associate with harmony, balance, goodness, all encircled within the ultimate principle of love could find its way into matter.

Venus represents synchronicity and balance, but its energy could be badly distributed, so it could lead to laziness, over indulging behavior, inability to resist lustful impulses and so on.

However, the symbolism of Venus in astrology is essentially positive. The position of the planet Venus in one’s horoscope tells about the individual’s capacity for love, joy, pleasure and beauty. It tells us about how capable you are to enjoy all these.

Venus is everything that makes you happy, that inspires you, everything you love.

Venus gives us the opportunity to realize how loved we are and it also gives us the ability to create pleasant and favorable connections with the people around.

This planet is the patron of dancers, jewelry makers, hairdressers and everyone occupied by the idea of beauty and of aesthetics. It is associated with everyday decorations and small pleasures in life such as flowers, cosmetics, jewelry and sweets.

Venus rules the zodiac signs of Libra and Taurus. It is associated with natural treasures as pearls, sapphire and copper.

Pluto in Mythology and Astrology – Planets in Astrology

The next planet we are going to represent is the distant Pluto, deprived of its ‘planetary’ status. However, Pluto is still one of regular astrological planets, the transcendental and the last one.

Pluto is mythological Hades or Pluto, gods of the underworld in ancient Greek and Roman tradition. In Greek mythology, Hades was one of the titan Cronus’ sons.

After Zeus (Roman Jupiter) has overthrown his father, the three divine brothers, Zeus, Poseidon (Neptune) and Hades divided the world amongst themselves. Thus, Hades became the god of the realm of death and the afterlife.

There, in his kingdom of eternal darkness, he reigns with his wife Persephone and he rarely leaves his gloomy courts.

Hades, or Pluto, has not had any reason to leave his kingdom since, sooner or later, everyone would end up in his realm.

Although the talk about his dark kingdom sounds a bit threatening, we should also say that Pluto was considered a just ruler, even merciful. He would always show mercy upon good people and would ease their pains. Pluto, essentially, was not an evil deity.

There are variations of the symbol of the planet Pluto in astrology. The most commonly seen in natal charts is the symbol combining letters P and L. This symbol represents the Soul as the bearer of the Spirit within the material world.

This principle is powerful and it combines great energy of potential for amazing manifestations, just as for terrible destructions.

Pluto has always been considered as a planet with magical and mysterious powers. It rules the ‘darkest’ of the mystical zodiac signs, the enigmatic and powerful Scorpio. Pluto inspires interest into the occult, esoteric, deep, invisible, dark and obscure.

On a psychological level, it is indeed associated with the darkest impulses in a human being.

Pluto represents a higher octave of the planet Mars, the ‘bloody planet’, the planet of violence, bloodshed, injuries and competition.

No wonder that Pluto could reflect the dark, hidden side of mars’ energy; it is the patron of criminals, mages, people involved with things that are forbidden, taboo or simply against the ethics and morality.

On the other hand, Pluto represents incredible power of regeneration and re-invention. It keeps your spirits up, even after the greatest failure; it helps you gather yourself back again and start anew, rather.

Pluto makes you rise like Phoenix from the ashes. Pluto is associated with black onyx, obsidian and healing and poisonous elixirs, amongst other.

Their aura is irresistible, magnetic, often difficult to explain why.

People would find you extremely attractive, seductive and intriguing. People would feel consumed in your presence, by your magnetism, without you saying a word.

Just as magnetic a Venus conjunct Pluto person could be, even more obsessive and possessive that one could become when interested into someone, not to mention when in a relationship.

Pluto always provokes that urge for possession and manipulation in one; you have to have it, you need that’s something becomes fully your own. With Venus involved, this would be related to the aspect of love.

This aspect also makes you get in touch with your dark side, through your relationships. Venus conjunct Pluto personalities are sensitive, their feelings are deep and piercing.

Their intuition is amazing and they would not thing much about whether a relationship was a good choice or not, on the grounds of anything rational. They would dive deep into it and they cannot easily separate themselves from it.

Venus conjunct Pluto people are loyal and devoted and they expect the same from their lover; no, they would demand it and could be quite insistent.

You should keep in mind that you could push your partner too hard, by your possessiveness. A love affair and romantic relationships are always fateful with Venus conjunct Pluto.

Venus conjunct Pluto individuals tend to resolve their own inner demons by projecting them on the people they love.

A romantic relationship already turns their world upside down, as they cannot think out of their relationship frame, being too strongly attached to their partner.

It could serve as a channel to resolve personal, inner conflicts that has not much to do with the relationship as it is.

It is something a Venus conjunct Pluto is commonly unaware of, until certain point. Your relationships serve as an experience of learning about yourself.

You would very likely project your problems on the relationship and you will see problems that are your own, as in the mirror. You should be aware of doing so.

You could stop projecting things onto your lover, once you realize it is your inner conflicts that make you, for example, blame your partner of thinking something he or she probably does not think.

There are other, fantastic channels you could use to exercise your troubles and they are all creative. Venus conjunct Pluto would very likely be an artistic soul.

All your deep, tormenting emotions and conflicts could be amazingly expressed through art, writing, poetry and especially through music.

The greatest challenge for a Venus conjunct Pluto is to separate themselves as individuals from the relationship as a whole. While it is good that love be your life guide, try not to lose yourself within a relationship.

Love is the meaning of life for a Venus conjunct Pluto. It could turn out good or bad, usually both at the same time.

While on one hand, it means you are a loyal, devoted, passionate and caring lover, it also makes you possessive, obsessive, pressing and jealous. Venus conjunct Pluto would also like to transform their lover to their own taste.

It is especially interesting to notice that they fall in love instinctively, intuitively and then they would try to transform, to ‘mold’ the partner.

They would do so precisely because of the inability to understand their own inner conflicts, so they project them onto a partner and end up with a distorted image to which they are magnetically attached. On the other hand, others are equally attracted by you.