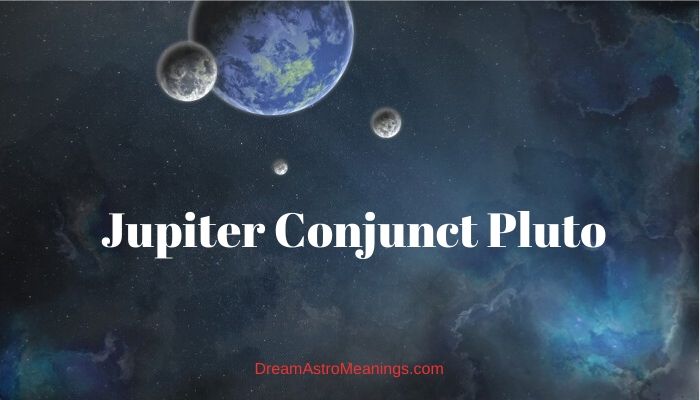 From the astrological point of view, looking from our Earth, eight planets keep rotating around us and two luminaries, also called planets, the Sun and the Moon.

Imagine some cosmic photographer took an image of that rotating multitude at the time you first inhaled the air of this world; this photograph would become your natal chart.

A cosmic photographer could be understood as an astrologer.

Since ancient times, people have been consulting astrologers about their destiny and future.

In old days, it was believed we were at mercy of the force of destiny as it is. Today, natal charts offer us valuable insight into our own capacities and potentials.

Our destinies are written in the stars, but we decide what to do with what has been given.

At the time of one’s birth, each of the celestial bodies were in specific positions. If some of them formed a specific angle, that of 0, 30, 60, 90 or 180 degrees, we could say they were in one of the major aspects.

Each person has all the ten celestial objects in their natal charts and those create certain aspects. The question is which aspects and where.

Aspects have specific effect over one’s natal chart. Planets involved with an aspect would emit their energies in a certain way. These energies could become conjoined and amplified, conflicting and suppressing one another or stimulating one another and so on.

Traditionally, some of the aspects are considered favorable and others not.

It would be better to call the first challenging aspects and the other ones easy aspects, since there is no ‘good’ or ‘bad’ ones.

Too many favorable aspects could sound attractive, while, the truth is, such an imaginary perfect natal chart would be very uninteresting and non-dynamic; thus, the person would be the same. If there were a few challenging aspects, the whole situation sets in motion.

Of course, one would certainly not desire too many heavy aspects. In any case, there is no ideal natal chart and hardly there was one so terrible in its essence to have only the ‘bad’ aspects.

The point is, these aspects affect who we are and who we might become. However, everything else is up to you. In modern astrology, it is believed that a person forges his or her own destiny.

The insight into a natal chart is more of a guideline. It means you could learn much about yourself, by looking at the stars or having a professional astrologer read the stars for you.

The aspects are one of the key elements into understanding the dynamics of one’s birth chart and thus the one’s personality as a whole and that individual’s life.

Conjunction is the aspect that ideally represents 0-degree angle between the planets. It means that they match one another in the chart or they are very close.

Unlike other aspects that are known as being easy or heavy, the conjunction could be both, depending on the planets involved.

The conjunction represents the conjoining energy of both planets, the mixture of energies that would work together.

This aspect energizes the planets even more and makes their effect stronger. The nature of one conjunction could not be defined as a rule, since it would depend on the nature of each planet.

Many astrologers would say that the conjunction would be heavy if there were two malefic planets and easy if the planets were beneficial in their essence.

There are other factors to decide whether a conjunction would work out fine or not. If the planets were in the same sign, it is considered a good position and the other way around.

In any case, the conjunction would always intensify the planetary energy and the energies of both planets would work strong.

Sometimes, it could be confusing, since it could seem as if the planets cannot decide which energy is from which planets, as they blend into one new energetic stream.

Jupiter in Mythology and Astrology – Planets in Astrology

Jupiter was known as the god of justice in Rome, while in the Greek tradition Jupiter was Zeus, the supreme deity and the ruler of all heaven and earth. Zeus was the youngest child of the titan Cronus (Saturn in Roman mythology) and Rhea.

The myth about Zeus’ rise to glory tells about how he overthrew his father Cronus.

Cronus himself ascended to the throne after overthrowing and castrating his father Uranus. The prophecy foretold the same dire destiny would fall upon him.

In order to avoid the disastrous prophecy, Cronus decided to eat all of his children. The youngest one, Zeus, was saved by his mother and he finally ended the terrifying reign of his father, saving his siblings and dividing the world with them.

Thus, Zeus-Jupiter became the lord of all heaven and earth. Jupiter would often mix with common people in the shape of a man or an animal. Jupiter is associated with the concept of justice, righteousness and law.

His was the role of the supreme judge, one who works to provide harmonious, just and rich life to all.

No wonder Jupiter was considered the master of all divine and human laws, the keeper of sacred oaths, the one to give rule and power to kings and the one who establishes and maintains general law and order in the universe.

In astrology, Jupiter is a very beneficial planet, sometimes called the planet of luck.

Jupiter represents wisdom, knowledge and expansion. Its general influence is good, it brings fortune, luck, wealth and abundance, expressed through principles it stands for. Jupiter stands for moral, ethics and goodness.

It awakens the sense of morality and benevolence. In Jupiter symbol, the soul overcomes the material. Therefore, Jupiter represents mercy, generosity and goodness.

This is the biggest planet in the solar system and the first of the two so-called social planets. Its influence could be better understood in contrast with the other one, limiting malefic Saturn.

Saturn is restrictive, troublesome, the planet of sorrow and suffering, the planet that is our insensitive, cold and strict tutor. Jupiter is everything opposite of Saturn, in this regard.

People with beautifully positioned Jupiter in their natal charts are often considered as born under the lucky star. This planet is associated with higher education, wisdom and great knowledge in general.

In terms of materiality, it represents concrete opportunities of gaining wealth, sometimes even the pure luck.

Jupiter is overall a planet that expands horizons, opens up wonderful possibilities and opportunities. It is also considered protective.

Jupiter is also associated with faraway lands, with travel and one’s need to experience distant and different cultures and parts of the world. Foreign affairs, foreign languages are associated with Jupiter.

Philosophy, religion, faith are also identified with Jupiter. This planet represents all people who are capable of making wealth and with high layers of the society.

Pluto in Mythology and Astrology – Planets in Astrology

According to ancient myths, Pluto was Jupiter’s brother and the king of the underworld. In Greek mythology, it is Hades. This dark and somber deity was not much adored by the ancients, but he was not regarded as an evil god.

However, as we, people fear death, normally we would not like to invoke it anywhere near.

Ancient Greeks would avoid saying Hades’ name aloud. Instead, they would use descriptive names, those that describe Hades’ office. Hades or Pluto was usually depicted as similar to his brother Zeus (Jupiter), though often in a bit darker appearance.

Pluto remains in his gloomy kingdom and rarely abandons his throne. He reigns there with his wife Proserpina.

In astrology, it has always been believed that this distant astrological planet possesses some mysterious power. Pluto is the higher octave of the bloodthirsty Mars, so it also represents the need for power and regeneration.

However, with Pluto, everything goes much deeper, underground or under the skin, to say.

Pluto rules the domain of what is out of our eyesight, out of our general reach.

It represents the darkest corners of the mind and awakens the incredible powers within one. Pluto’s power could be beneficial as it could be destructive, depending on its connection to other planets and aspects.

Pluto rules the mysterious and dark Scorpio, perhaps one of the most enigmatic signs of the zodiac.

Although Pluto’s ‘dark designs’ would often lead one off the road and make one get lost within this mysterious realm of deep psyche, power struggles deep within and around, manipulative behaviors, fixations and obsessions, this planet gives one the incredible strength of the spirit. Pluto has wonderful, almost magical regenerative powers.

Jupiter conjunct Pluto individuals are ones who dream really big. These extraordinary individuals would like to reach the highest of the heights; their ambitions are huge.

People with such an astrological composition would do their best in order to achieve their goals. They are driven by passion and the ambition as a driving force alone.

Being persistent, courageous and believing their goals are the noblest, they could be ruthless towards the outer world.

These individuals are those who believe in their own personal power and quality. They are not unfamiliar with failures and loss, but they see them in a positive light.

These individuals are capable of learning from defeat, not to give up and cry over their destiny. They truly believe in their causes.

Jupiter conjunct Pluto people would not get discouraged because of their failures. They seem to be more resistant to the bitter taste of failed attempt then other people.

The core of their positivity lies in the fact they truly believe they were destined for something big. They could see a good opportunity to improve their skills in every attempt they make towards their goals.

These individuals seem to be guided by the Fortune itself, but it is mostly because they simply do not let any challenge or obstacle discourage them and take them over.

They bravely go through life and continue their road. They are lucky, because they believe they are – a valuable precious trait rarely one possesses naturally.

These ambitious individuals may forget about others needs, along their road to success.

Moreover, they could think they were too smart to listen to others’ advices. Do not underestimate the knowledge of others, no matter how well taught you are on a particular subject.

There would always be things you do not know well and others do; you might even get surprised.

People with this aspect are generally admired and awed by others, but they could be taken arrogant or even hostile at times. There is always a risk of becoming fanatical over your own ambitions and obsessed with the power for the sake of the power alone.

You do not want to isolate yourself on a golden throne; you need friends by your side, even if, at times. You truly believe you need no one.

Jupiter conjunct Pluto typically makes the road towards the success easier. However, you should not let the glorious enterprise you have just won to consume you, so you become vain or incapable to manage all the power you have suddenly won.

Adaptation and growth are key principles for Jupiter conjunct Pluto and you should always recall it.

In other words, be cautious about instant success and use your power wisely.

Focus on your spiritual and intellectual development, before you have set your sails directly towards the goal.

You have to equip yourself with tons of good and valuable information on the power you want to master, before you actually master it.