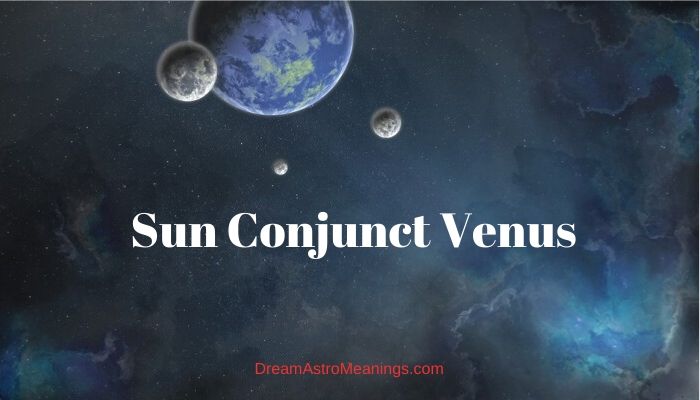 Horoscope is a wonderful treasury of precious astral information! In common talk, people would often use the term of horoscope when referring to just one of the elements constituting a horoscope, their Sun sign.

The ruling sign or the Sun sign, that is, the spot, the sign, in a natal chart occupied by the luminary Sun is only one of the natal chart elements. There are many more to look into.

An astrological chart or a horoscope is a complex diagram that represents the planetary distribution over the full circle divided into zodiac signs, houses and more. A natal chart is the same type of a chart, but related to an individual’s birthday.

It is, thus, also called a birth chart. In order to have your birth chart created and then interpreted, you have to provide the time and place of your birthday. By using your data, an astrologer would recreate the exact position of the planets at the time you first came to this world.

According to astrology, this unique image of the sky contains all the valuable information that constitute one’s personality and destiny. Now, in older days, it was believed we were nothing more than marionettes of destiny.

Not everything written on the heavenly vault could be undone; our destiny is something we cannot change. The modern approach is somewhat different and allows for more free and flexible interpretation of these charts.

According to modern astrology, we could use the information obtained from our chart as guidelines.

While natal chart could reveal some of the major events, both past and future, the greatest part of this treasury of information would be an insight into our potentials.

That is, a natal chart is like an astrological profile, an astrological ID that has yet to be further unfolded. In other words, by having insight into what you might become, you could work on your advantages and improve your own disadvantages.

You could not change the natal chart; it offers fixed data. The planets will not move from their places, because you do not like the energies they create or their implications. However, by learning about it, you could actually do amazing things.

Moreover, natal charts could be compared, merged into a composite chart and so on. Thus, they could tell not only about our individual life, but also about specific relationships.

The Power of Astrological Aspects

Besides your zodiac sign, there are many important elements to interpret within your natal chart. One of those elements is astrological aspects.

From the astrological point of view, eight planets and two luminaries (the Sun and the moon, also referred to as planets) turn around us, as seen from our point on the planet earth.

Traveling across the system, these celestial bodies come into contact through what we would call aspects. Aspects are angles they form amongst themselves on their celestial journey.

Now, aspects are not any angles, but specific ones. In old times, five major aspects were defined. These are the conjunction, the opposition, the square, the sextile and the trine.

In modern astrology, there are six more minor aspects, but they are not of our concern here.

The major aspects could be divided into heavy and easy aspects. The heavy aspects would create challenging and tense energy, while the easy ones would let the energy flow between the planets. The ambiguous aspect is the conjunction; we will talk about it in the next paragraph.

This division into heavy and easy aspects is sometimes simplified as good and bad aspects, but this is not exactly true.

Aspects cannot be taken as strictly positive and negative, because it greatly depends on which planets were involved and how we deal with the aspect as it is. Too many good aspects are not desirable, just as too many bad ones.

Let us say that the uniqueness and the dynamic of a natal chart would depend on the diversity of the aspects we have there. A perfect chart that presents only with ‘positive’ aspects is an unlikely scenario and vice versa. Each aspect would paint our natal chart in a specific way.

Conjunctions are tricky; as we have mentioned, this is an ambiguous aspect. Why is that so?

This is the aspect of 0 degree, ideally; the deviation up to 10 degrees is allowed. When two planets form a conjunction, it means they are one over the other, matching positions, or that they are very close to one another. Their contact is strong and their energies both become intensified.

According to many authors, the conjunction is the strongest aspect in astrology, because the planets are so close and their energies are thus conjoined.

What happens when planets are so closer matching? This aspect intensifies the effect of both planetary energies, they react to one another and they do work together.

This could be an aspect difficult to understand, if the planets involved were in different signs, of one was a malefic and the other one a benefic.

Most astrologers would say that two good planets would create a favorable conjunction and the other way around. Depending on the planets that stand in the conjunction, this aspect would manifest with a specific kind of newly created energy.

The aspect of the conjunction would, by all means, cause a strong energetic effect.

The Sun in Mythology and Astrology – Luminaries in Astrology

At the beginning of our text, we have mentioned the Sun sign as being the ruling sign. It implies that the Sun would definitely play a major role in one’s natal chart. Of course it will.

The Sun is the first of the personal planets, the luminary that brightens up our day, the star that enlightens our true self. The Sun is who we are, our inner strength, our activity, our reason and our integrity.

Let us travel through the mythological realm, in order to understand the meaning and symbolism of the beautiful, glorious sun, one identified with the greatest and the most highly praised deities in almost all worldly civilizations. How not to be praised?

The Sun is the source of all life, the light of the universe we live in. In the greatest ancient mythologies, the Sun was personified as a one of the highest if not the highest deity.

In Greek mythology, the Sun was embodies in Helios, the god who was the son of the titan Hyperion and his wife Theia. Helios was much adored by the ancient Greeks.

It was believed that he hears and sees everything, that he lives in a golden palace and that, each morning, he would drive his golden chariot and spread his beautiful, life giving light over the earth.

In all other great civilizations and mythologies, the sun has always played a significant role. Sun gods are many and they have always been associated with the most positive ideas and concepts.

In astrology, the Sun represents a masculine principle, power, ambition, self-confidence, bravery, generosity, chivalry, though it could manifest its ‘darker’ side if positioned badly in a natal chart.

It could make one too proud, arrogant, tyrannical and stubborn. The sun is associated with nobility, royalty, emperors and kings, all figures of authority.

The Sun is considered the most valuable part of a human, in astrological terms. It represents not only our vitality, our own self-perception and our personal integrity, but also all the important figures around us and important events.

The symbol of the Sun is a circle with a dot in its middle; it symbolizes the entirety, perfection, wholeness and infinity.

This bright and life-giving luminary rules the sign of the mighty, proud and astonishing Leo.

Even the warrior god, cruel and bloodthirsty Mars could not resist her and these two had many children. According to Hesiod, she was born form the sea foam.

The beautiful goddess was associated with joys and pleasures, with aesthetics, harmony and beauty, abundance and fertility. Venus has also been known as the Morning star, associated with the ancient personifications of the star, such as the Greek phosphorus.

The term Lucifer appears in the Latin Vulgate Bible, in place of the term that represents the shining star, which must be Venus.

This one single biblical passage, related to the star-planet Venus, has triggered innumerable debates regarding the subject of Lucifer, understood as the fallen angel and the whole story that could possibly lie behind it.

Well, Venus is, indeed, surrounded by mysteries and one thing is sure – whatever story you take, Venus remains seductive.

In Astrology, it is represented by a circle atop the cross, which means that the spirit takes over the matter. Since Venus is associated with love, it means that love would conquer all the material limitations and triumph.

This planet awakens in us the sense of beautiful, it allows us to see and feel it. This is the planet that makes us capable of finding happiness and enjoying lovely things in life.

All the small pleasures are associated with Venus, such as, for example, the smell of flowers and the taste of delicious sweets. Venus helps us feel love and love. Venus creates good relations between people.

This planet corresponds with all the airy, light colors, such as green and pink. Its metal is copper and it is also associated with pearls and sapphire. Venus rules the signs of Taurus and Libra.

Sun conjunct Venus people are destined to be popular amongst others. Their ego is greatly influenced by the qualities of the charming and lovely Venus, while they remain very self-confident and easy going.

These individuals love to show off and enjoy the attention they attract. They are charming and charismatic by nature, generally very open and approachable.

These individuals have a good sense for benevolent attitude, for making peace and for diplomacy.

They want to feel good and they also want to make others feel good and relaxed around them. They are extremely gifted in terms of diplomacy and they would easily settle things down. They are very tolerant, warm, generous and open.

Sun conjunct Venus people would not hesitate to offer their support and would be excellent mediators in critical situation.

They, themselves, would rarely cause any arguments. They could sometimes smooth the negative situation, for the sake of overall harmonious atmosphere.

Their charisma, charm and their natural attitude easily wins others hearts. However, Sun conjunct Venus could quickly become too proud of themselves and became vain.

They could be superficial. They could become obsessed with the outer gloss, outer appearance. Sometimes they focus on their own; other times that of the others.

The appearance could sometimes become too important that they remain shallow and also do not want to enter any deeper into a connection, since they have already seen it all. They could become lazy and even too agreeable.

Their pleasing attitude could actually make them dishonest; they would speak what you want to hear and not what is the true.

They do so, because the need to be accepted and popular. The same applies to love life.

These ones would not waste energy on pursuing those who show no interest. They do not see love as a battlefield, they need a responsive candidate, to say. They attract others by charms, not through rivalry or a chase.

That is reserved for those with Sun and Mars in an aspect.

Sun Conjunct Venus are essential romantic people. They are generous and they would not hesitate to show their love and affection.

When it comes to romance, as we have said, these ones are not pursuers. They would use the magic of their charm to attract one and would simply give it up if there were no response.

However, their charms are irresistible, as these people are generally gracious, lovely and likeable.