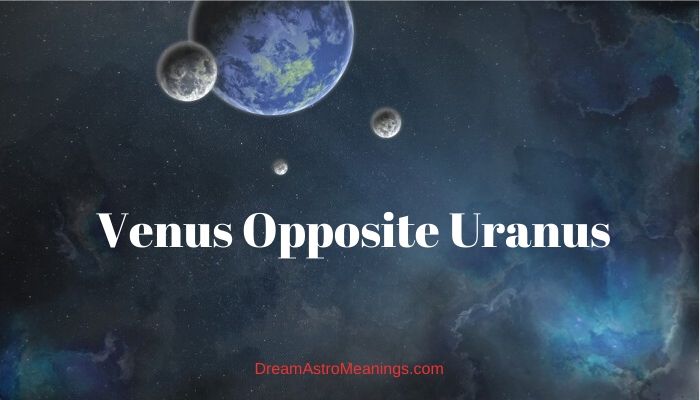 Astrology is studying is the influence of the planets and stars on human lives and the world in general. It has centuries and millennia of gathered knowledge and experience incorporated within.

According to found evidence, the oldest written records of astrology analysis date back to ancient Babylon.

The accuracy of astrology was proven many times; it can be used to determine personality traits, such as interests, believes, preferences, etc.

It can also be used for predicting events and our future, as well as predicting the outcomes of relationships and situations; astrology has many other uses.

Astrology mostly analyses individual charts, but there are other branches of astrology with different subject of analysis. The analysis starts with creating a natal chart which is a chart that is representing the image of the sky at a certain moment; usually the moment when someone is born.

The signs where the planets are placed, especially personal planets such as Mars, Venus, Sun, Moon and Mercury are very important for determining the main personal traits of a person. They reveal the person’s character, their attitude, appearance, behavior, beliefs, interests, and other traits that create their personality.

Planets in the houses show the most important areas of interests of a certain individual; they point out to the areas for most of the action will take place.

The aspects the planets are making also give information about personal traits of these individuals as well as the events they might experience during their lifetime. Aspects represent angles formed between the planets which have specific meanings.

The nature of the aspect can be beneficial and positive or it can be negative and challenging. Every aspect should be analyzed concerning the planets creating the aspect and their nature.

Beneficial aspects create opportunities for achievements and progress. They enable the person accomplish their goals easily and enable the planets to express their energy freely.

Challenging aspects are different and they block planetary energy. They create obstacles, making achievements difficult or impossible in some cases. These are also aspects, which can create conflicts and disagreements.

By type, aspects are also divided on major and minor aspects.

The opposition is an aspect formed when the angle between the planets is 180°, which means that the planets are opposite of each other.

This is a difficult aspect because it prevents planetary energy from expressing freely and doesn’t allow the planets’ energy to be expressed simultaneously.

We already mentioned that astrology can analyze partnerships and determine their lasting potential. For this purpose, astrology has a special technique, called synastry.

When the astrologer does a synastry analysis, they first analyze individual charts of the people involved in the relationship because they need to form a picture of their personalities and personal preferences in relationships.

After analyzing individual charts, the astrologer compares the charts determining their mutual influence.

The main idea behind such analysis is the fact that people bring their planets in their interactions as well.

When comparing natal charts of two people, the astrologer determines the houses where the planets from one chart fall into the other chart. These houses reveal the likely areas where the relationship will affect the owner of this chart.

The astrologer also calculates the aspects formed between their planets just like he would do in an individual chart.

The answers are received analyzing the predominant nature of their aspects.

Mostly harmonious aspects between two charts are an indication that the couple has matching personalities and similar interests. This is in most cases a sign that they both want to sustain their relationship and desire to put in the needed efforts.

They are willing to make compromises and tolerate their partner’s differences accepting them as a part of their nature, which is a prerequisite for a stable and lasting relationship.

When the aspects are mostly challenging, this gives a different picture of the relationship.

Challenging aspects between two natal charts are usually a sign of incompatible natures and lack of similar interests. The partners tend to criticize one another and their differences instead of trying to be more tolerant and accept them.

These are usually unions with lack of understanding and respect between the partners, and they are often full of conflicts and disagreements. These relationships are often short-lived.

The partners in most cases don’t have enough will to resolve their issues and they allow them to pile up and ruin their relationship.

In some synastry analysis, the astrologer determines that there aren’t any significant aspects between the charts; this is in most cases a sign of lack of interest and attraction between the two individuals.

The goddess Venus was the ruler of beauty and love in ancient Rome. This goddess ruled romance and romantic encounters. She was the protector of those in love and helped people fall in love.

The planet carrying its name is also the ruler of love and romance. This is a planet visible with a naked eye and the brightest of all planets. It is called the morning star and sometimes the evening star.

This planet is the ruler of signs Libra and Taurus. Those under a strong influence of Venus are beauty lovers and usually gifted for creating beauty themselves. They love art and enjoy using their creativity and often choose a creative and artistic profession.

They are usually good looking, charming, and have excellent taste and personal style. Their style and personal appearance is admired and copied by many. They usually love fashion and love to be dressed according to the latest styles. Some of them can be obsessed over fashion rules and trends.

Most of these people pay a lot of attention to their appearance and spend much time and money to look their best. They can become very superficial and become consumed with material things.

These people don’t like loneliness; they cannot stand being alone and they prefer being in any kind of company instead. They are very sociable and love attending public gatherings. They love being in a company of others and meeting new people.

These people have a tolerant nature and make compromises with ease. They are kind, well-mannered, sweet and gentle beings, who enjoy helping others and making people happy. They make sure no one is offended by their words or actions.

When Venus is afflicted, this can make the person lazy, selfish, inconsiderate, irresponsible, self-indulgent, self-absorbed, prone to spending beyond their means, and prone to emotional manipulation.

These people can become obsessed with buying things and reckless with their spending jeopardizing their finances.

If Venus is making challenging aspects in their natal chart, the person should be careful with their spending habits because they easily might end up broke.

Their love for beautiful clothes and items can be a real danger to their budget. The main danger is when they begin buying things they don’t need because they want to present themselves in a different light.

They love luxury and many of them would do anything to get it. they should learn to control their spending.

Uranus and Neptune are considered the coldest planets in the Solar system, only Uranus is coldest with temperatures lowering to -224 degrees Celsius. The outside of Uranus is made of cloud layers, and the inside is rocks and ice. Uranus has a ring system and also has 27 moons.

Those who are influenced by Uranus usually have unpredictable nature and often shock people with their reactions and their personal appearance.

They can be very eccentric and have an unusual personal style. They love their freedom very much and they don’t allow anyone to jeopardize it.

These people don’t like being told what to do and they dislike authorities; this is why they love being their own boss. They like to choose their path and make their own decisions.

Uranus people don’t like restrictions and they often opt for open type of relationships. They don’t like people who have clingy and needy nature and consider them a burden and a threat to their freedom.

These people love changes and love making them. They always try to do things differently and like experiencing new things and doing new things.

They love doing extreme activities and they’re often into extreme sports. They always want to try new things, sometimes risking their lives by doing that.

Uranus in challenging aspects can be the cause of accidents and disasters in the person’s life. Uranus brings transformative events that change people completely. This planet acts as a clearing force that makes place for new things to come.

Uranus events usually cannot be predicted and they cannot be controlled. They often happen when Uranus is triggered by transits and progressions.

Venus opposite Uranus aspect in synastry is an aspect with a challenging nature. This is a great threat to the longevity of any relationship, especially ones of romantic nature.

These two have completely opposite nature and different preferences in their love life.

While Venus loves and prefers stability and longevity in relationships, Uranus considers them as restrictions and doesn’t hesitate to run away if he senses that his freedom and independence are somehow jeopardized.

Venus is the ruler of partnerships, relationships and marriage, and Uranus rules breakups and divorce. It cannot be more transparent. Uranus destroys what Venus appreciates most.

The partners are likely to experience conflicts and arguments. Venus will accuse Uranus for never being present and leaving her and Uranus will accuse Venus for being nuisance and not having her own life and other interests besides their relationship.

If there aren’t any other aspects that can neutralize the negativity of this aspect, it is not likely that this relationship has a chance of lasting. The difference between their natures is so strong that it cannot be easily overcome.

The Venus opposite Uranus aspect is a very difficult aspect to have in synastry. These two people have completely different view of relationships and roles of their partners in their relationships.

Venus is the ruler of partnerships and long-term commitments, and Uranus is known as someone who destroys them because he considers them restrictions.

This is a hard aspect to have between two natal charts of people who are romantically involved, because they won’t be able to get what they want in the relationship.

Both will want the things they cannot get from their partner: Venus will want commitment and constant presence of her Uranus partner and Uranus will want to keep it an open type of relationship and keep his freedom and independence as much as possible.

This relationship is maybe doomed from its beginning, and if there aren’t any other supporting neutralizing aspects, it is not likely that it will last.

This aspect requires compromise on both sides. Venus will need to be more tolerant and accept her partner’s need for freedom, while Uranus will need to accept Venus’s need for him to be present and involved in their relationship as much possible.