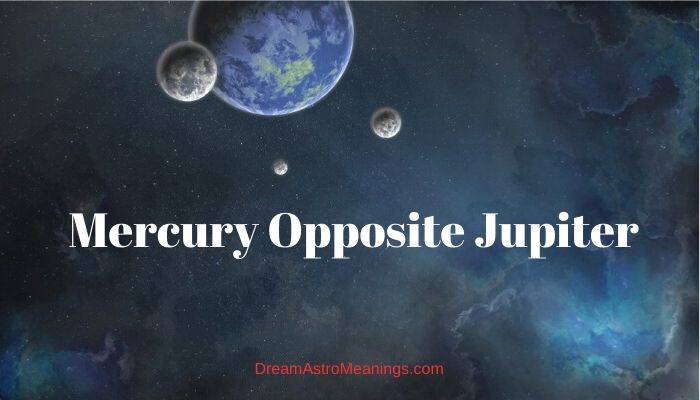 Astrology could be defined as a skill of interpreting life, of predicting things that are going to happen in life. However, astrology is not fortunetelling or reading tealeaves. Astrology is a complex and fully developed discipline that connects our lives to the existence of the whole universe. Well, we are a part of it, like it or not.

Moreover, one interesting semi-scholar theory proposes that we are the thinking part of the universe. It makes us very special; we have no idea if there were some other intelligent creatures in the galaxies far away.

So far, we think that we cannot control even our individual lives here, on earth. Astrology could help us live our life the best we can.

How could it do that? Astrology does not provide us with fantastic technological or biological improvements and features that would make our lives easier. Astrology is not a set of rules that could help us organize our lives. It offers precious information, though.

In old times, astrologers were much admired. In fact, the most powerful people would rely on their astrologer’s readings.

Astrologers analyze planetary movement and associate it with lives of people. In astrology, macrocosm is believed to reflect in the microcosm. As above so below, that is the postulate upon which the astrology works.

The universe reflects itself in each one of us. Our planetary system, at least, does so. Many kings, emperors, military commanders and such figures would rely on astrological predictions.

Astrological prognoses are not actually something written in the stone. Well, astrology could mark some of the major events that could happen.

However, the greatest value of astrological interpretations is that it gives us an insight into our potentials, especially if we talk about natal astrology. We will be talking about it later on.

Synastry is what we will be focusing on in our today’s story. Comparative astrology is probably the most popular part of astrology. It analyzes people’s relationships as seen in the stars above.

Astrology is a language of symbols, of starry, planetary symbols. Its name derives from two Greek words, astron and logos. Astron means ‘a star’, logos means ‘science, a word’.

Why would we talk about natal astrology, when our subject is synastry? Natal astrology is of essential importance if we were to talk about any type of comparative astrological studies, studies of compatibility.

Each person has their own natal chart, which tells much about an individual as a person and reveals the potentials of the course of their life.

Studies of astrological compatibility would use individual’s natal charts and interpret them in relation to one another, one way or another. This is why we first have to see into natal astrology and natal charts.

Natal chart is an image of the sky; more correctly, it is a graphic representation of the sky at one exact moment in time, that is, your birthday.

To be even more precise, natal chart is a reconstructed image of the sky at that exact moment. In modern times, things are much easier than they were before.

You could simply enter your data into a natal chart calculator on the web and get your astrological chart in a matter of few clicks. However, it is the best things if an expert analyzes it for you.

Natal chart reveals planetary positions and their distribution over the graphic scheme featuring astrological houses, zodiac signs and else. Each astrological chart is unique. Each person is unique and each person’s life is special.

One would ask about what will happen if two people were born under the same circumstances, the same day, and in the same place.

Well, natal chart is about major life events, but it is mostly about potentials you have. Many factors would contribute to the actual manifestation of all these potentials in reality. Why was this important to know?

Let us discuss it in the paragraph about synastry, which will lead us to our further interpretation of a specific astrological aspect in synastry.

Astrological compatibility we are interested here is synastry reading. Synastry is a comparison of two natal charts; in this case, we think of romantic synastry.

It is a very popular type of analysis, since people are greatly interested into the nature of a relationship they have with someone, about the potential to ever form a connection with someone et cetera.

Synastry put two charts in relation, without merging them (which is the case of a composite chart). It analyzes every contact between these two charts and gives you an insight into dynamics of this connection.

Synastry will not predict anything for certain, meaning it would not tell you you have met the love of your life or your relationship is going to be a complete disaster.

This type of reading would help you understand the connection much better or to get an idea about the possible course of events. It could point out the weakest and the strongest points of you as a couple.

By reading a synastry, one reads their partner, but also themselves.

Synastry could be an amazing guideline that would help you better to understand the relationship itself.

Astrological aspects are what we are interested here. They represent angles that planets form amongst themselves, in one’s natal chart, but also between charts.

In synastry, we will look into aspects formed between planets from both charts.

Astrological aspects could be favorable or challenging. Many people are wrong to see them simply as good and bad.

Five major aspects would affect the synastry the most. They were the conjunction, the opposition, the square, the trine and the sextile. Each of these aspects has specific energy and nature.

Squares and oppositions are considered troublesome and heavy, the trine and the sextile are favorable or flowing, while the conjunction could manifest in both directions.

Opposition is one of those troublesome aspects. In fact, it is the heaviest and the most difficult aspect that requires a lot of work from both sides, if you two were willing to overcome it.

Depending on the planets involved, the opposition would make one area of your relationship problematic.

However, oppositions would not ruin your relationship, if you use them in a good way. Yes, that is possible, though difficult.

In addition, other aspects would affect this one; if there were, say, many trines, those could soften the troublesome opposition. Some oppositions could never be ‘defeated’.

On the other hand, they move you and make you take an action in order to improve things.

Mercury was the messenger of gods, in Greek mythology known by the name of Hermes. Mercury is his Roman name.

Mercury was believed to be the cleverest of all gods, but also the tricky one.

Mercury carried the souls of the dead into Hades, amongst many other things. He was the god of communication, merchandise, travel, trade and more.

Mercury was the patron of young people, of children and youth in general. In astrology, the planet Mercury shares the deity’s attributes. Mercury is the planet of communication, practical skills and cleverness.

It is associated with the way we express ourselves, especially in verbal form. Mercury makes us skilful, quick, practical and handy.

This planet is associated with primary education and information. People who have a strongly positioned Mercury are always well informed about everything and anything.

Moreover, they know how to handle all sorts of information. The manifestation of Mercury’s qualities will depend on the aspects the planet forms.

In synastry, Mercury would be responsible for communication between partners. Depending on the aspect it forms, Mercury’s qualities would affect certain area of your life as a couple.

If the aspect was good, you will experience amazing exchange of information in the field and vice versa. We shall see how Mercury opposite Jupiter affects a relationship.

This is the planet of luck and fortune, positivity, optimism in general and of expansion.

Jupiter carries big ideas and somehow they are likely to come alive. Jupiter does not dream big, it just is. This gentle and lucky giant is a protective planet.

The planet Jupiter is one of the social planets. Its effect is best understood through the contrast with the other social one, Saturn.

Saturn is limiting, restrictive, malefic and a bringer of sorrow and despair, inhibiting planet.

Jupiter is everything exactly the opposite. Let see how it affects Mercury in a synastry opposition.

Mercury opposite Jupiter is an interesting aspect, since here the opposition does not have to be that troublesome, considering natures of these planets. Although their dynamic is different, they could tune in, even if opposed.

Jupiter could be a great role model for Mercury and teach him or her amazing things about life.

However, this is unlikely to flow so smoothly; if we were talking about an easy aspect, it would be so. However, the opposition steps in and brings confusion. The problem in communication might occur early on.

The root of the problem is inadequate evaluation of the partner. Mercury would very likely idealize Jupiter and its big ideas, trying to follow.

Mercury Opposite Jupiter – Falsity of Idealization

Now, Jupiter might get wrong impression of Mercury trying to living according his or her tune.

Eventually, your ‘real’ faces would show up and each one would realize that neither was a super human, but only a human, with all the flaws and weaknesses.

This is the hardest part of this connection, this over-idealization.

Mercury’s integrity is under a threat, unintentional, though, as the person tries to follow the wise tutor, Jupiter.

Beware of this, Mercury person; you might lose yourself within the process.

The falsity of Mercury’s strength would disappoint Jupiter and those two could get very distant overtime.

In order to avoid such problems, it is essential to resist the urges of idealization, be very clear, and open up to one another from the very start.