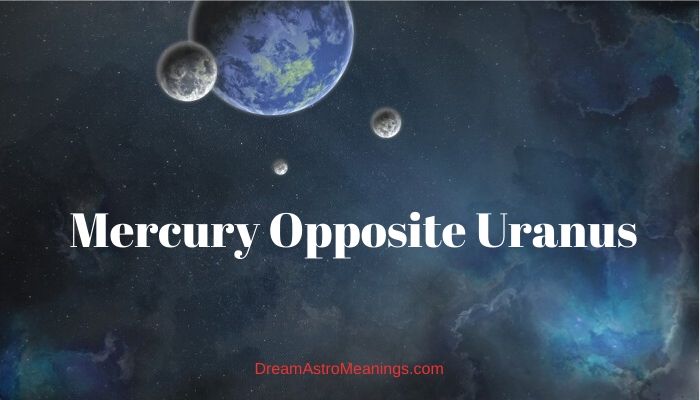 The study of the influence of planets and stars on people and the world is called astrology. Astrology is very old and is composed of knowledge and experiences which are collected for ages. According to the discovered written records, its origins are in ancient Babylon.

Astrology can give us a lot of valuable insights about personal traits, interests, beliefs, and preferences of a person. It can also give predictions about future events and outcomes of events. Astrology is unjustly underestimated and given the status of pseudoscience.

When astrology analysis is done, the astrologer makes a natal chart for to determine planetary positions in a certain moment; in most cases, the moment of someone’s birth.

This is a basic astrology analysis, which can nevertheless give a lot of information.

The meanings of the planets in signs, especially personal planets like Venus, Moon, Sun, Mercury, and Mars, create a picture of the person’s character, their attitude, appearance, public image, interests, beliefs, etc.

The planets in the houses reveal where their focus of attention and the majority of actions are focused. The aspects between planets also reveal the traits of a person as well as possible events they could experience during their lifetime.

Aspects are different angles between planets with specific meanings. They might have beneficial nature or they might be challenging in nature. Beneficial aspects create opportunities for success and accomplishment of desires. They allow the planets to cooperate and reveal the best in their nature.

Challenging aspects create blocks and often delay or completely prevent accomplishments. They are often responsible for conflicts and disagreements. They require a lot of patience and effort to achieve success.

The aspects can also be divided in a major and minor type.

Minor aspects, like the quincunx, semi-sextiles, semi-squares, novile, and others, have a small tolerance of degrees (usually 1 degree) and are used by some astrologers alongside major aspects.

Major aspects have a wider degree tolerance (up to 8-10 degrees) and are used in all astrology analysis. The major aspects are sextiles, oppositions, square, trine, and the conjunction.

Oppositions are major aspects with challenging nature. They form when two or more planets are at 180 degrees distance from one another.

Opposition creates tension because each planet tends to pull to its side. This aspect requires the need to find balance between the opposing energies of the planets so the best of both could be used.

If there is a lack of compromise, the energies of the planets will inevitably become conflicted fighting to be in the center of attention.

Relationship potential can also be analyzed by astrology. The technique which astrology uses for this purpose is called synastry.

Many people don’t believe that is possible to determine whether a relationship will be a harmonious or conflicting one, and whether it has a lasting potential, but astrology does exactly that, and with considerable accuracy.

Synastry analysis consists of first analyzing individual charts of two people; the main reason is to determine their personalities and interests. After that, the astrologer compares their natal charts and determines the aspects between their planets.

Also, the houses where the planets from the other chart fall are noted.

These houses give insight about the areas of life which are likely to be affected by this relationship and the partner whose planets fall into the houses of the other partner.

The aspects between planets are crucial for determining the compatibility between partners.

If the analysis shows lack of significant aspects this usually means that there isn’t enough attraction and interest to form a relationship. If the aspects are mostly challenging, this could indicate a lot of tension and conflicts in the relationship.

It is usually a sign of incompatible characters and lack of understanding between the partners.

They are often intolerant to each other’s differences and tend to criticize their partner which also leads to tension and conflicts between the partners. In worst cases, these aspects can lead to violence.

These relationships are often short-lived and represent tormenting and exhausting experience for the partners.

When the aspects are predominately harmonious, this is usually a sign of compatibility and similar interests.

These are usually lasting relationship and a satisfying experience for the partners.

Mercury is the tiniest planet. When Pluto was taken away its planetary status, Mercury officially became the smallest planet.

Mercury is the closest to the Sun. It moves fast and circles the Sun in just 88 days.

The god Mercury was the god of trade and travel for the ancient Romans. He was also known as the messenger. In astrology, the planet Mercury also rules these areas.

In our natal chart, Mercury reveals how we usually communicate and how sociable we are.

People influenced by Mercury, love to be in the presence of people, and love interacting with them, meeting new people and talking to them.

These people are very curious and in search for knowledge. They love to find out the latest news and can sometimes be prone to gossip.

Mercury people usually choose professions where they can communicate with others and be around people. These people love to talk but also love to hear what others have to say.

Mercury in challenging aspects can make the person nervous, prone to gossip, lying or deception.

These people are very intelligent and in these cases they could easily be prone to manipulating others and using them. They notice people’s weaknesses and they can use them against people if they want. Their mind is quick and they are excellent problem solvers.

These people are often not emotional; many of them are practical and very rational in their actions.

Uranus is considered the coldest of all planets, although Neptune is almost as cold as Uranus.

The temperatures on this planet can lower up to -224 degrees Celsius. This planet lacks solid surface, it has 27 moons, and a ring system, like Saturn. The inside of Uranus is mostly rocks and ice.

This planet got the name from the god of the sky in ancient Greece. This was one of the oldest deities in the Greek pantheon.

Uranus is the planet of unforeseen events, unpredictability, transformation, and all kinds of changes. When Uranus is afflicted, it can bring devastating events into the person’s life, changing it completely.

Uranus acts in a way that it transforms the person completely, changing their beliefs and often their life circumstances.

When Uranus is well-placed in the natal chart its transformative events usually have a beneficial effect on the life of the person, clearing space for some better things to come.

Those who are under strong Uranus influence usually have very unpredictable natures and their reactions can often hurt people.

They can be inconsiderate to other people’s feelings and are often brutally honest hurting people with their honesty. They can sometimes intentionally behave in a manner that they shock people just to see their reactions.

These people hate authorities and often oppose them. They are often eccentric and desire to be different from other people. Their uniqueness is often undisputable. They can be prone to taking risks and love to experiment.

They love being the first to do some things. These people get easily bored and they need dynamic activities and jobs.

They are very independent and cannot tolerate anyone jeopardizing their freedom. They also don’t like being told what they should do. They always try to find new ways for doing the same things and can be very creative.

Uranus events tend to happen when natal Uranus gets triggered by progressions and transits. These events can completely change the person’s life.

When someone’s Mercury is making an opposition to another person’s Uranus this creates a relationship with a lot of intense communication between the partners.

Both of these people are highly intelligent and quick-witted.

They enjoy talking and expressing their ideas, but with this aspect the exchange of ideas might turn into conflicts when these two disagree on a subject.

They both admire each other’s intelligence but with this aspect there might be a feeling of jealousy and desire to prove ones’ wit present in their relationship. They might be prone of making fun of the other person’s ideas and the way they present them, just to prove they are right.

This can lead to an exhausting game of proving who is right and who is wrong; that only creates more tension between them.

Neither of them desires to ease things and stop provoking the other which is the main problem.

If Mercury has challenging aspects in the natal chart, he might be try to use some of Uranus’s weak spots to make them look ridiculous and make fun of them and diminish their confidence. Uranus might react by suddenly disappearing and leaving Mercury to quarrel with himself.

Sometimes this opposition might lead to the partner’s influencing each other in a wrong way.

Uranus might influence Mercury into completely changing their beliefs and/or opinion about something which can lead Mercury to making some catastrophic moves in their life and in worst cases, jeopardizing their security.

The opposition aspect between Mercury and Uranus in synastry is a challenging one for the longevity of the relationship.

This aspect requires some other harmonizing aspects to neutralize its negative effects.

The main area where this aspect tends to reveal its negative influence is the area of communication between the partners.

This aspect might inspire them to fight endlessly trying to prove which one of them is wrong.

They might also make fun of the other person’s intelligence and ideas, in worst cases, making them look ridiculous in public.