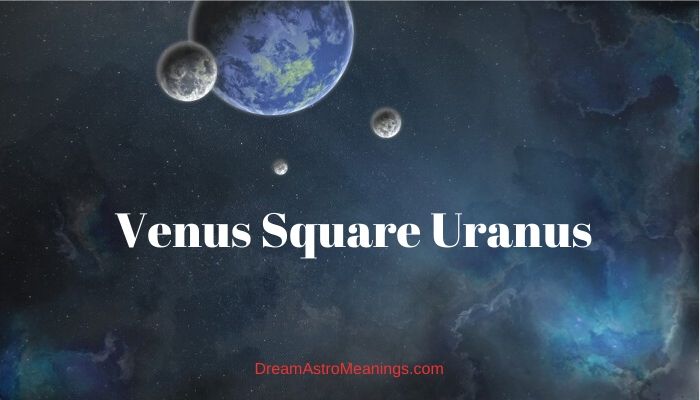 A lovers’ tale is a universal story, something we would like to hear about, be it a myth, a real life experience, a fairytale, a legend. Since ancient times, people have been inventing love tales and they perhaps all come from something that has sometime, somewhere happened to someone.

We would like to know if our own romantic tale would be something to remember. We ask stars to reveal us this secret.

Astrology has long been used not only to see into what the destiny has in store for us in terms of career success, material stability and so on, but also to help us find a soul mate.

Although the interest into synastry seems as a modern phenomenon, that is not true.

People have been consulting astrologers (astronomers, rather, as astrology and astronomy were the same) about their romantic odds, to call them so, since very old time.

With our advanced technologies, with a shift in perspective regarding the very view on astrology as a practice, it seems that such insights have become accessible to anyone.

Well, you could find great sources online and you could also have your natal chart, synastry or a composite chart done in a matter of few clicks.

However, it would be good if you ask for a professional astrologers’ opinion and that of a good one.

Astrology is more than a science; it could also be considered an art. It is not precisely a science, in the strictest terms of exact, official sciences, either. Astrology is not easy to define, but we could say it is a specific type of a study of the stars or, even, a language of the stars.

Astrology studies the position of planets and the interplay of their energies. Today, we are interested into comparative astrology, namely, in synastry.

Synastry is probably the most demanded type of astrological analysis. It compares individual natal charts and offers insight into their compatibility.

Synastry is not limited to comparing romantic partners’ charts or potential ones, although most people would like to see precisely into this aspect of synastry.

As we have mentioned, synastry compares two charts and interprets connections between them, called astrological aspects. Aspects in astrology are angles planets form amongst themselves.

In natal astrology, planetary aspects are angles planets form amongst themselves at the time a person was born; that is, aspects are written into your natal chart and, thus, fixed.

In synastry, aspects are angles planets from one chart form with planets from the other natal chart. It is a complex and detailed analysis that reveals about how one natal chart interacts with the other.

Since astrology is based upon the hermetic tradition idea of microcosm reflecting the macrocosm, this planetary interplay would reflect upon the individual’s lives and their relationship. Could synastry predict the course of the relationship? Many get confused by this question and, even more, by the answer.

Synastry is not fortunetelling; it cannot predict in which way the relationship is going to develop. However, it could point out weak and strong points of the connection.

It could give you an insight into how many ideas and what type of ideas you two share. It could tell if your expectations of a relationship are similar or not.

This type of astrological study does not guarantee a relationship would be all milk and honey or it would be a disaster. It offers a precious insight into potentials of that relationship.

The synastry report focuses on astrological aspects; these could be favorable or not. Each type of an aspect plays its role in synastry.

They could be managed and sometimes they paint a relationship in a specific way and do not have to be ultimately destructive.

Before we move onto the aspect in particular, square, and see it manifested between Venus and Uranus in synastry, let us take a look into the planets involved.

First, beautiful, seductive Venus. Roman goddess Venus or Greek Aphrodite was considered the most beauteous of Greco-Roman goddesses. Venus’ origins are different, depending on the sources.

One of the popular myths tells about Venus being born from the sea foam that gathered around the torn genitals of Uranus. It is a strange story, indeed, though it could be associated with symbolism of Venus as the deity of lust, love, intimate relationships, beauty, seduction, pleasures.

Venus represents many things. Venus is usually referred to as the goddess of beauty, love and harmony.

The symbol of the planet Venus is a combination of a circle and a cross, which represents the connection between spiritual and material. However, the circle above the cross means that the spiritual dominates over the matter.

In other words, in terms of Venus, it means that love could overcome all earthly boundaries.

Through the planet Venus, this spiritual harmony finds its way through the matter. Venus is associated with joy, harmony, pleasure, happiness, abundance and ultimate principle of love.

As with other planets, if it were in good aspects, one would experience all those good sides; if things were other way around, Venus could cause laziness, over indulgent behavior, vices and more.

The position of Venus in astrological chart reveals about one’s potentials and capacities regarding love, beauty, joy. Venus represents everything that makes us feel pleased, good, happy, in love with.

This planet supports the artistic sense, it inspires creativity, and it offers a refined sense in aesthetics. Venus represents art in the widest sense possible.

Uranus in Mythology and astrology – Planets in Synastry

Uranus is the planet of sudden change, of innovation, revolution and reformation. In ancient mythology, Uranus was the father of the twelve titans, amongst which Saturn, who overthrown him. Uranus in astrology represents beginnings.

It is one of the transcendental planets and its influence is not claimed to be of much importance in a natal chart, since the planet was distant and its motion very slow to us on Earth.

However, if Uranus or other transcendental planets occupy a prominent place within a natal chart and create aspects with other planets, particularly personal ones, their effect would be stronger.

Uranus is the planet of unconventionality, the one that destroys the old order of things and brings in new rules, often ingenious or before its time. Uranus is the herald of change, but unpredictable change.

Uranus is a rebellious planet, the patron of all those that stand out of the masses, geniuses, great explorers, invent9ors, eccentric artists, poets, revolutionary inspired leaders, people with vision.

Uranus represents the present moment, but it stands on the edge of the future; Uranus boldly looks into future surprising the world with unusual, original, highly innovative ideas.

The planet Uranus is strong in individuals with an unconventional approach to things and connections between people that breed new, original ideas. On a big plan, Uranus is associated with radical political movements, activism, revolutions, reformation of the system.

It destroys the old and introduces the brand new. Uranus energy us sudden, often surprising, sometimes ingenious, other times awkward. We shall see how its energy reflects on a relationship.

Square aspect is considered one of the more challenging ones. This aspect is problematic because it does not let the energies of planets involved to flow. They do not exchange their positive vibes in a way they could do if in a favorable aspect.

Many would describe the aspect of square as tense and problematic. Indeed, square makes us miss out the point, in a way.

It challenges us to face the problem and find a solution, not just to stand there and argue over it. It is interesting to note that young people usually fail to bring this into consciousness and so they impulsively react, which usually fails to resolve the actual problem.

For as long as the square remains in the domain of unawareness, it recreates the tension.

However, it means that having an insight into the existence of such an aspect in your natal chart – or in synastry – you could awaken your consciousness and try to find a solution.

The area of life that was affected by the square aspect needs to be carefully managed, through patience and willingness to find tolerance, understanding and keep things on track.

The pattern of Uranus affected relationships, with heavy aspects, repeats itself in this case, as well. While it is very likely the attraction would come instantly, suddenly, full of sparkles, electrified, very soon the two would realize their connection is kind of off and on.

This is a turbulent connection, in which no one could fully rely on the relationship as it is.

Uranus, that rebellious one in fear of commitment, would become even more stubborn in keeping their individuality and freedom in relationship with loving Venus that needs more commitment.

The lack of commitment from the part of the Uranus person would definitely disturb Venus. It is a common place when Uranus was involved with synastry.

A relationship characterized by Venus square Uranus aspect could be described as the love at first sight. Both would be inexplicably attracted to one another.

However, just as this attraction could seem magnetic and fatal at first, it could instantly dissolve and disappear. It would be difficult for Venus to deal with Uranus’ need for freedom.

It is because this freedom is of a rebellious sort, often of an unpleasant vibe. Uranus person could be off and on in terms of showing affection, even in terms of feeling it. Venus is of the other sort, and Venus person would need a closer bond.

We must admit that Venus square Uranus synastry aspect is very challenging. However, let us not be too hasty and tell this was a relationship doomed to end soon. There were examples amongst the celebrities in which this particular aspect could possibly be blamed for a divorce.

However, we have to take into consideration all other aspect in synastry, as well as both individual natal charts.

Nevertheless, the connection between Venus and Uranus in a heavy aspect brings in instability. If you are willing to surrender to its sparkles, then go for it. One has to be aware that Uranus would always insist on freedom and sometimes it could happen completely unconsciously.

The Uranus person could withdraw out of their own reasons that have nothing to do with the Venus person.

However, if the partners were aware of this aspect and they have other elements in their synastry that bind them together anyway, they could work through it.

The truth is that Uranus would definitely freshen the atmosphere and inspire romantic Venus. Venus, on the other side, would make Uranus realize some other needs than solely originality and freedom at all costs.

This interaction could be very romantic, very light and fulfilling, but only if the two were aware of the difficulties and risks.

Just as with all other types of difficult aspects in synastry, the key is acceptance of others’ differences, but also the minimal willingness to adapt.

Free spirited Uranus is strangely fixed with its rebellious attitude, as if it fears of losing integrity if he or she does not rebel. Romantic Venus puts its incredible sense of universal love into a cage.

The square aspect makes things develop this way; if the aspect were favorable, the two would easily recognize the true potential of this unity.

In this case, it needs effort, patience and willingness. These things would depend on other aspects found in your synastry.