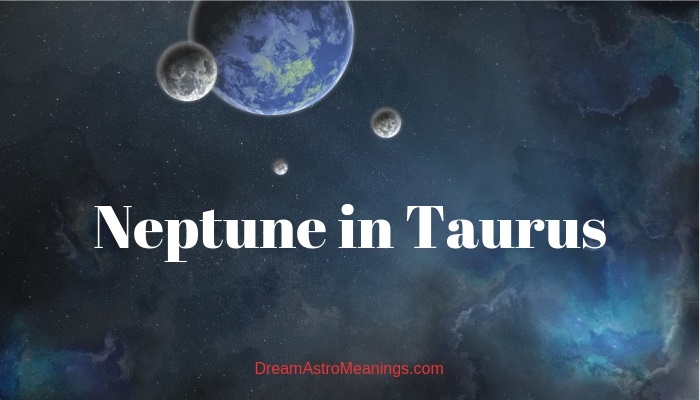 The planet Neptune got its name from the Roman god of water and the sea. This god was the equivalent of the Greek god Poseidon who was also the god of the sea for the ancient Greeks. This planet is very cold and considered among the coldest in the Solar system with its temperature of -218°C. Its interior is mostly made of ice and rocks, while the atmosphere is hydrogen, ice, and helium. It takes 165 years for Neptune to finish a circle around the Sun.

In an astrological sense, Neptune also rules water and all water matters. It rules the seas, oceans, rivers, lakes, the rain, and everything else related to water and liquids. Neptune is the ruler of all the activities related to water, such as swimming, sailing, diving, fishing, etc.

This planet is also the ruler of all matters related to our mental health.

The planet Neptune rules instability and illusions. People influenced by Neptune could be prone to living in an imaginary world they created refusing to face reality and facing the problems they have. Because of their tendency towards escapism, these people could easily end up using drugs or alcohol to help them forget about the issues they should confront and deal with.

One of the main traits of people under the strong influence of Neptune is the tendency to ignore problems and hope they will magically disappear, as well as their lack of self-confidence and courage to deal with life issues.

Neptune is the planet to blame for the illusions and false hopes people have. These people can waste a lot of their time convincing themselves about things that don’t actually exist.

The tendency of disillusioning themselves is the most prominent in the area of romantic relationships.

Neptune also rules romantic love and deep emotions, but is also the ruler of emotional illusions and disappointments. Neptune is the culprit for many broken hearts and dreams when it comes to romantic relationships. It can keep a person attached to another person emotionally for years and even decades even when it is evident to everyone except the person involved that the relationship is not likely to happen ever.

In good aspects, Neptune can bring a fairy tale romantic relationship into a person’s life, but when it is badly positioned, it usually brings romantic disappointments and sadness because of love.

People with Neptune badly positioned and aspected should be aware of its influence and try to be as realistic as they can in all matters ruled by Neptune, especially if it has some relations with their romantic life.

Neptune ruled individuals can be prone to lying, deceptions, manipulations, and other kinds of immoral behavior towards other people. This planet is the ruler of different kinds of con men and manipulators.

They don’t have to use these skills for bad purposes, but when Neptune is badly placed in their natal chart, they can be provoked to use these abilities for their benefit and at the cost of other people. These people could also be prone to different kinds of illegal behavior which eventually causes them to end up in jail.

In some cases, Neptune creates people who are naïve and prone to being manipulated and used by others. These people are usually very kind and trusting, believing that everyone else is the same as they are. They usually get disappointed when they realize that they are people who don’t have their best interest in mind.

Neptune is a so-called transpersonal planet. It is considered as such because of its global influence on people through social events and changes induced by its influence while transiting through the signs of Zodiac.

Namely, Neptune needs 14 years to pass through one Zodiac sign, which means that the people born during that time span all share the traits of Neptune in that sign. Neptune inspires changes and transformations related to the affairs ruled by the sign it transits through as well as Neptune ruled affairs.

Its influence could mark the beginning of a new religious or spiritual movement or the spiritual change of perspective of many people. In many cases it marks the discovery of new ways of treating different mental states and illnesses which will benefit many people.

People who are influenced by Neptune can be very sensitive to other people’s feelings.

They are usually very intuitive and many of them can be good mind readers. They often have some psychic powers which they usually use to help other people. They could magnetically influence others and some even have hypnotic powers.

Those with badly placed Neptune in their charts can be prone to misusing these gifts for their own benefit, but most of them are good and helpful people. Many of them work in charities and devote their lives to some humanitarian cause.

These people often love loneliness and isolation. They often in their life experience periods of self-imposed isolation, or they involuntary end up in some kind of isolation (jail or hospital).

Neptune influenced people are often talented artists and very spiritual. Many of them work on developing their spirituality consciously through practice and gaining knowledge. They can also be interested in all kinds of mysteries and secrets and trying to find out as much on these subjects.

These people often lack self-esteem and confidence to confront the problems in their life.

They should consciously work on overcoming the tendency to hide away from their problems instead of dealing with them. They should especially be careful not to slip into an addiction of any kind. They could also have issues with their mental state. Some of these people end up with some kind of mental illness and in worst cases hospitalized in a mental institution.

Many people don’t sense Neptune’s influence at all. The ones that do should be very careful not to slip into its negative sides.

In the text, we will talk about Neptune in the sign of Taurus.

Men with Neptune in Taurus are usually very creative and love beauty.

They often choose professions where they can express these traits and create beauty in their surroundings. They are successful artists, architects, jewelers, etc. They love being surrounded by beautiful things and their homes and work spaces are usually beautifully decorated.

These men are patient and love to create things of lasting beauty and quality.

They can be perfectionists when it comes to the finishing details of their work.

This position often gives interest in finances and financial matters, but in bad aspects of Neptune, it could cause financial problems, such as losing money, money being stolen, and similar situations.

These men are usually charming and good looking, and they are very romantic as well.

With bad aspects of Neptune they could be prone to romantic disappointments and unresolved emotional situations.

Women with Neptune in Taurus often have artistic abilities and love all kinds of arts, like music, painting, sculpture, making jewelry, etc.

These women often choose these areas as their occupation and make a living doing them.

They have an eye for beauty and quality items, and they don’t like cheap things. Their taste is sophisticated and they love being surrounded by beauty in all forms. They have a talent for decorating and their house is usually beautifully arranged.

These women are usually cautious and practical, but with bad placement of Neptune in their natal chart, they might experience some financial problems and even loss of their possessions in some way.

They love the pleasures of life and know how to enjoy them. These women are usually physically beautiful and attractive.

With badly aspected Neptune in their natal chart they could also experience some unpleasant romantic experiences, love illusions and deceptions.

Some of the good traits of Neptune in Taurus:

Some of the bad traits of Neptune in Taurus:

When Neptune is in the sign of Taurus, it makes people imagine and dream about material possessions. These people have practical dreams and they have to do with their wellbeing and financial security.

Neptune in Taurus gives these people a gift to create as well as to recognize beauty in all forms. They can choose painting, sculpture, music, or architecture as a way to express all their artistic talents and create artworks of great beauty and value which other people will admire and enjoy.

These people love structure and solid base. Whatever they do, they make sure it is beautiful as well as lasting. They don’t have a superficial approach to things. They are also persistent and determined to finish what they have started.

If this planet is badly aspected, it can make these people overindulge in life’s pleasures and exaggerate in their hedonistic lifestyle which in the end can be damaging for their mental wellbeing.

Neptune in Taurus in bad aspects to other planets, especially the ones ruling the person’s finances (like Jupiter) can cause a lot of problems and issues regarding this person’s finances. It might indicate loss of money, theft, bankruptcy, and unexplainable disappearances of money and possessions.

They are talented artists, actors, musicians, poets, etc. and their works inspire people and fill them with feelings of beauty and love. These people have a great aesthetic gift and enjoy being surrounded by beauty.

Their home is usually perfectly arranged and full of beautiful things.

Neptune in Taurus can make people prone to laziness and procrastination. They might be prone to using others to do their choirs by manipulation and other deceptive actions.

Neptune is often called a transpersonal planet. The reason is its influence on generations of people during its transits through different signs of the Zodiac.

To determine its influence on a certain individual we need to consult Neptune’s house placement and its aspects, as well as the current progressions and transits related to Neptune because they point out the time frame when some significant events might occur in that person’s life.

People with Neptune in Taurus are beauty lovers and beauty creators.

They usually have artistic talents and are able to create works of great artistic value. They love being surrounded by beautiful things and have a talent for decorating space.

They are very romantic but with bad aspects of Neptune might experience romantic disappointments and illusions.

They are persistent and finish they start. They love life’s pleasures and might be prone to indulging in them.