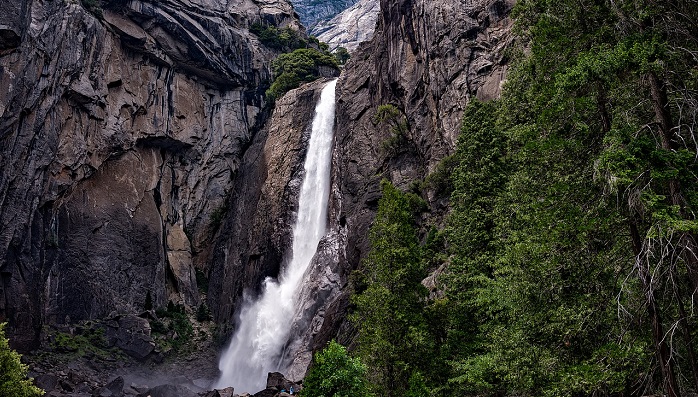 Dreams about waterfalls would very likely occur in an individual who has seen a waterfall recently.

No matter how small it was, a waterfall always amazes its viewers, being a splendid natural phenomenon and an enjoyable sight to everyone’s eyes.

Just as Heraclites have said, panta rei; everything keeps moving and no moment in time could be the same as the one before, no matter how similar it appears.

Waterfalls could be huge, breathtaking, dangerous, magnificent and most definitely impressive. They could be small and charming, as well.

In numerous tales, fictional ones, legends, and myths, waterfalls are often featured as a motif of hiding some mystery. Secret chambers are often hidden behind the silvery veil of falling water.

Let us find out what the waterfall in your dream might stand for. First, waterfall is literally falling water.

Water has extremely rich and abundant symbolism all around the world. Water is associated with the concept of life and thus represents one of the most powerful symbols of all times. Water in dreams is commonly associated with human sub consciousness and psyche.

Water could appear calm, clear, flowing, standing, raging, raining or whatever else. Water is a common motif seen in dreams and in thousands of forms, from bottled water to sailing over the ocean and whatever else. In any case, its symbolism is always strong. 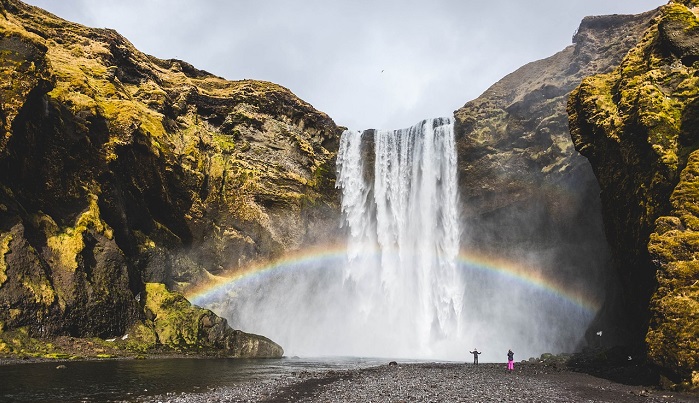 Dreams about waterfalls are specific category of dreams featuring water as the main motif.

In general, most of interpreters would agree that dreams about seeing a waterfall represent the process of letting of something.

It could be the past as a whole; it could be sad memories, bad habits you stick to, old habits that require change, people in the life and so many more. It could be a process of personal growth through change, purification, enlightenment in any form.

The waterfall in your dream could appear huge and breathtaking or small and seemingly insignificant.

You could just stand there and watch it or go under the waterfall, fall over it, enter a place behind it, fly over it, or anything else.

Details in a dream are always of the greatest importance in getting the proper analysis. Try to recall as many details as you can.

Dreams about seeing a small waterfall

If you see a small waterfall in your dream, the dream most likely represents minor difficulties related to certain short-term goals.

It could be a short project that you are working on, for example.

There are issues that are not very serious but that have to be resolved. Waterfalls stand for letting go.

Perhaps you should let go of some habits that prevent you from achieving success.

A small waterfall represents the cleansing process related to things that are not so hard to let go, but ones you are unwilling to let go of, simply because you are very used to them.

Dreams about seeing a big waterfall

Seeing a very big, tall waterfall could represent many things. It stands for challenges, success and failure.

The huge waterfall in your dream represents different opportunities and is also associated with the letting go concept.

It should make you dare take certain risks, not at all costs, of course. Think wisely. Are you currently facing some difficult choices in life?

Sometimes we have to sacrifice something big, in order to achieve even greater things in life.

It is not necessarily a negative thing, but it could be radical, changing and stressful. A good example would be deciding to take up a really good job, but the trick is that you have to move abroad, very far away.

The dream about seeing a very big waterfall reflects such challenges and choices.

Dreams about falling down the waterfall

Dreams about falling over, down the waterfall or even jumping over it is related to your emotional state.

It reflects tons of negative emotions piled up inside you and the inner need to let them all go.

You feel deep inside that those negative emotions now control your life, instead of you controlling them or turning them into something better.

Negative feelings easily become a comfort zone. However, your subconscious mind and your inner voice know what you should do. This leap down or fall over the waterfall symbolize letting go.

Sometimes, it means a jump into the unknown, which is what we are all afraid of.

If you see the bottom, it means you are getting more and more aware of what you have to do. If the waterfall is so high that you do not see the end, it means your emotions have overwhelmed you and, this or that way, they will definitely burst out and you will get rid of them.

Dreams about climbing through the waterfall

If you dream about climbing the cliffs beside the waterfall or going right through it, it means you are ready to face some real challenges and test your own strength and courage.

You have a deep inner need to prove your value, either to yourself or to the others; most likely, to both. You are in search for a good challenge that would allow you to show off your abilities.

Beware of too tempting and risky endeavors and think before acting. Think about whether is worth enough to bring yourself into danger only to prove that you can do it.

However, it could be a good thing, since it tells you have the will to develop, grow, progress and work on your skills and talents.

The dream definitely reflects the flame of courage you have inside, even if you are unaware of it in waking life.

Dreams about swimming in the waterfall

This dream is an interesting one. If you dream about swimming in the lake into which the waterfall pours its waters, it means you see value in things other people cast away.

You see opportunities in ideas and projects others reject and throw away.

If you are literally swimming through the waterfall itself, the meaning depends on if you swim against the current or down the current.

The first scenario implies you could greatly benefit from those ideas mentioned, but it would be a challenging endeavor. If you swill down the current, it would probably be easier.

However, in both cases, it could happen that the current is too strong. This means you have to be careful and reasonable in any endeavor you undertake.

Dreams about passing through the waterfall

Dreams about passing through the waterfall are quite rare and unique. They all represent some sort of personal change a dreamer experiences.

This is a dream about self-discovering, searching for one’s true self and it is a rite of passage from one stage to the other. It depends on details.

If you passed to the other side of the waterfall, starting from its side, but not going directly through it, it means you are torn between your two sides.

You did not want to get wet, which symbolically means cleaned from your previous state, but still you are very curious to see other options and paths. You are being very careful and you are perhaps afraid of losing something of yourself in the process.

The dream mostly reflects curiosity, without clear willingness to change.

What you find behind the waterfall might seem so attractive that you would eventually decide to let go off the world on the side you came from.

It could be playing with the fire, like eating the apple the serpent offered in the divine garden or opening Pandora’s box. Curiosity always has two sides, so think carefully if you are ready to test yourself.

If you went directly through the falling water, it represents change. It represents the willful change, even if in rely you feel unready and unwilling.

They very fact that you did it in a dream reflects strong desire for personal change that purifies, opens new horizons and pathways.

The dream represents the process of spiritual cleansing, letting go of all the negativity in life, readiness to do so and need to go through such a process.

Dreams about a frozen waterfall

It represents frozen feelings, most likely those sad ones that do not allow people to move forward.

It also reflects the fact of how beautiful the sadness sometimes appear; it could be about melancholy, which is not exactly the same suffering associated with actual loss that makes us desperate.

A frozen waterfall is a monument of frozen emotions of sorrow. The exact meaning greatly depends on how you felt about seeing it.

If you were amazed, it means that for some reason, you still want to dwell in this state or you are unready to let it go yet.

It could be associated with a time required to mourn over something, which is fine, as long as it is within reasonable range of time.

Dreams about drinking the water from a waterfall

Drinking water from the waterfall is usually a positive dream that implies fresh start, new beginning, cleansing in any form.

The water from waterfalls is believed to be sacredly clear as it comes from unstained mountain ice not to be seen by human eyes.

By ingesting it, you cleanse yourself from negative energy and negative emotions.