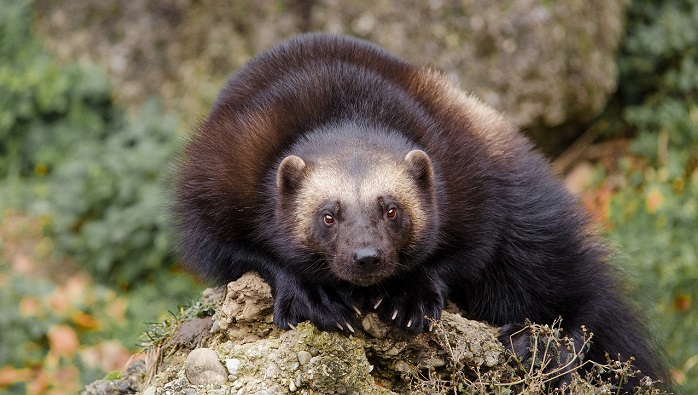 They live in Siberia, parts of Scandinavia, in Baltic countries and parts of Russia, Alaska and Canada. The name they are known by has nothing to do with Marvel’s X Men character or with legendary bloodthirsty shape-shifting werewolves.

Moreover, wolverines are not bears, either, although they very much look like them.

In fact, wolverines are musteline mammals, closely related to all sorts of weasels, otter, badgers and other animals from the same family. Interestingly, their strange Latin taxonomy name stands for ‘a one that is gluttonous’.

They have earned this odd name because they could eat a large variety of foods, including plants, fruits, veggies, fresh meat and even carrion.

Wolverines appear as strange looking small sized bears, although biologically they are not similar to any bear you know. Wolverines are also known as skunk bears, quickhatches and carcajous.

These tough small to medium sized mammals are solitary by nature, but they cover vast areas of space, especially when searching for food. They are extremely resistant to harsh climates and highly adaptable. These animals are skillful and courageous ones. They could endure long journeys across the land, when in search for food.

In addition, they are well equipped for eating all sorts of food; wolverines have a special set of teeth, required for cutting meat and bones in order to reach nutritious bone marrow, full of essential elements needed for their health and growth.

Did you know that a single wolverine is capable of roaming across cold lands for about twelve miles, when searching for food?

Nature made them non-picky omnivores, but areas they inhabit are not that abundant with food sources, considering they are pretty cold all the time. Wolverines are well equipped for climates they live in; they have very thick and warm fur.

People had been attracted by this incredibly warm fur for long. Wolverines were hunted for fur, but also because they represent a threat to populated areas. Although they generally live far from human settlements, they cover vast areas, which make them come close to people’s homes. 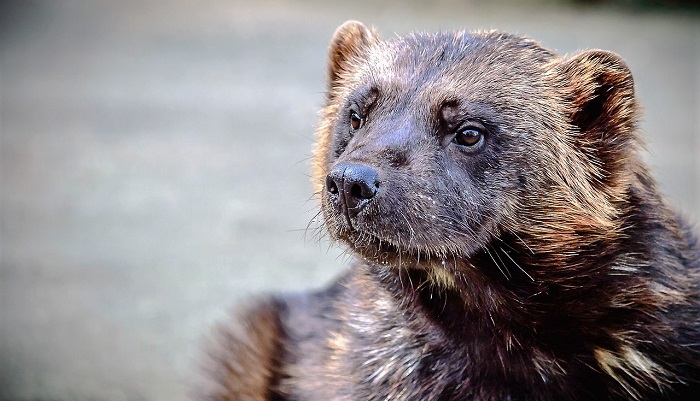 For example, in English, they are wolverines; the same is with other North Germanic terms. These names are to be translated as ‘little wolves’, rather than as gluttons.

Interestingly, Norwegian name for wolverines actually stands as ‘a cat from mountains’.

Wolverines are known as 0gluttons’ in Estonian, Finnish, Hungarian and Eastern-Slavic languages.

While we are unsure of an actual connection between wolverine animals and fantastic Marvel’s superhero from comic book series, we can tell a lot about this animal’s symbolism.

Wolverine symbolism is, of course, the strongest and the richest in countries this animal lives in.

Probably the best example is the state of Michigan, also known as ‘a state of wolverines’. On Michigan standards, various designs of wolverine motifs can be seen.

There are several versions of myths about wolverines as gods with creational powers.

Wolverines seem to have something in common with super-powerful hero from comic books; they are seen violent and aggressive, very strong and tough creatures. Wolverines commonly represent aggression, violence and ferociousness.

They are seen scary and threatening animals. People do not feel easy around them and would rather keep away from wolverines.

Something in their behavior and appearance makes them appear dangerous to humans, although they are not as large as many other animals and they are not that strong.

They are not even fully predators; however, wolverines are not a kind of creature you would like to cross path with. In addition, wolverines symbolize courage, not giving up and stubbornness.

Wolverines symbolize strength, bravery, strong will, determination and endurance. They are very courageous for small-sized mammals. Wolverines dare to attack much bigger and stronger opponents.

They represent resistance, toughness and power. They are associated with magic, supernatural powers and divine strength.

No wonder they are seen mighty spirits, totem animals and even gods in certain cultural systems.

Wolverines are awed by humans; people are afraid of wolverines, but still respect and praise them for their incredible natural skills and characteristics, as well as for ascribed mysterious powers.

Let us find out what it means to be guided and protected by Wolverine totem.

Wolverine people are generally hard to get along with, but they have many qualities. First of all, wolverine people are just, determined, well organized and focused. They have all advantages to be amazing leaders others would respect and listen to.

However, they could be cruel and merciless when making decisions. They are not particularly gentle or compassionate; they are rather executive and practical, than emotional and compliant.

Once they have set their mind to something, hardly anyone could persuade them otherwise. They are pretty stubborn, which sometimes turns out bad for them.

However, Wolverine people are responsible and not prone to falling into despair. What had been done is done, that is any Wolverine person’s motto. They recover quickly, pull themselves up together and move on, courageously.

Wolverine people might not be the most gentle and kind individuals, but they are very protective and supportive of people they care for.

They only do not find it necessary to do sweet talk or else; they go straight to the point. They would always help you and be there for you, more in a practical than emotional way. They are true and loyal friends and partners. They are excellent, but not the most endearing parents and teachers.

These individuals feel the best on their own; they do not have excessive need for socializing.

They usually have one best friend and a few good ones. They do not like crowds and big social events.

However, they do well in working environment with many people around, but only if all working processes are well-organized and everyone knows their tasks.

They are excellent for executive and leading positions. Wolverine individuals are direct and intransigent.

On one side, it is good, especially in professional terms; however, it could cost them emotional relationships. Wolverine people sometimes end about feeling lonely and abandoned, simply because of their aggressive, raw and violent attitude others find intimidating and uncomfortable.

If you realize it is happening to you, try to be more observant and thoughtful about other people’s feelings. Wolverine spirit is full of amazing powers and it offers great energy and guidance.

However, its energy is strong and needs to be handled carefully.

The hardest thing for all Wolverine people is to balance their feelings, intentions and their actions.

They find it difficult to evaluate the emotional aspect of various situations. They often unintentionally hurt people, simply because they are too direct.

You should try to become more understanding and compassionate, in order to use your Wolverine energy the best way.