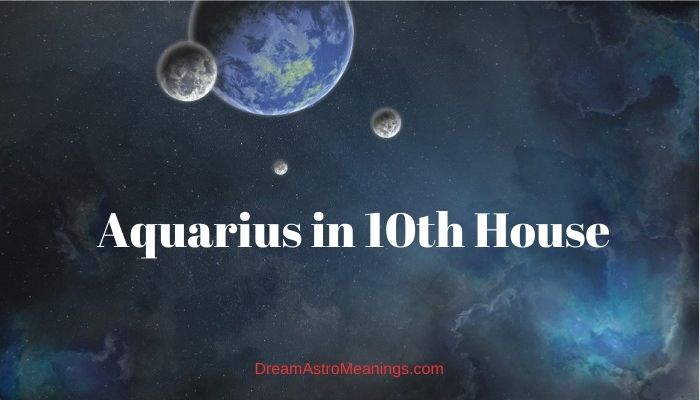 The constellation of Aquarius is under the influence of two rulers, i.e. the two ruling planets, Saturn and Uranus.

It is known that these planets are defined by astrologers as destiny, karmic.

Aquarius is a unique synthesis of two mutually exclusive principles – Saturn’s, which implies conservatism, thoroughness, but also slowness, and Uranus – mobile, eccentric and above all abrupt.

However, we must point out that Uranus’ principle is more dominant. Its influence is reflected in the distinct unconventionality, informality and miraculous intuitiveness inherent in Aquarius.

These “children of the future” captivate with their originality and ability to always go a step further than others.

Born idealists, ready to sacrifice everything for the guiding idea, although very tolerant, do not agree to be led by others. They choose their own paths, allowing everyone freedom of choice.

Freedom and independence are very important to these people. They bind themselves only by their own will; it is impossible to bind them by form and external, generally accepted laws, because they are, as a rule, above them. Forcing them to live “like the whole normal” world is illusory.

They are the legislators of their own lives, so any enslavement to established norms of behavior is absolutely foreign to them.

Adapting free-minded people is usually a futile job. They trace their lives on their own, full of various ups and downs, not agreeing to monotony and routine.

Although very independent, Aquarius is extremely altruistic, social and humane.

There are few who can be compared to them in selflessness. Evident mistakes do not close them to people, because they are not inclined to judge others, and despite the fact that Uranus’ intuition clearly sees other people’s characters, virtues and flaws.

Conditionally speaking, there are many weirdos among Aquarius. Utilitarianism is foreign to them, so they are able to sacrifice their lives for the idea of ​​the common good for no apparent reason. They do not expect gratitude or glory.

These are anonymous perpetrators of noble deeds. They suddenly provide help when none of them expect it, only to soon withdraw completely, not allowing outpourings of gratitude.

Convinced that paradise is possible on earth, Aquarius does not accept the boundaries between the visible and the invisible world. Prone to universal syntheses, they realize that everything is possible to achieve below, on earth, if it is not already possible above, in heaven.

Aquarius spontaneously move through various dimensions, so there are no miracles that would stop them. They will accept the most diverse possibilities, without fear. Revealing the secret of unity gives their physical appearance the stamp of the afterlife.

They often act like people from other inaccessible worlds. Just as the face of Cancer reveals that they come from the past, so the face of Aquarius reveals an as yet unexperienced future.

By the gift of the occult and miraculous intuition, only they can be compared to water signs. They are incomparable in originality and eccentricity. They are fascinated by the power of will that allows them to make radical life moves. They make sure to put the decision into action, without thinking about how it affects other people.

They are known for moving in the opposite direction. Air signs are signs of intellect. Aquarius has a more pronounced intellect than Gemini and Libra.

Gemini confines itself to the surface of things, not sinking too much, Libra measures, so many things are promoted due to excessive ballasting, while Aquarius impartially, unencumbered by previous knowledge, reaches the knowledge of the essence of the problem, bringing his unique solution.

Many may solve the given problem, usually using the same methods, until Aquarius appears with a series of newly discovered possibilities. She re-examines the generally accepted postulates, in order to find out the truth. He will not hesitate to enter into an open conflict with everyone, if he thinks he is right.

She may be fanatical like Scorpio, but, unlike her, she has the ability for open warfare. As we know, Scorpio works in secret, so by the nature of things, he can’t deal with Aquarius.

A typical Aquarius does not tolerate routine tasks. An original and unencumbered generally accepted scheme, it escapes from the monotony of living standards. He is ideal in jobs that involve imagination and creativity. New, as yet unexplored areas are the perfect polygon for intuitive Aquarius.

If she still happens to do some ordinary work, she will surely do it in an atypical way, at least in the sense that she stays carefree half the time, and then she finishes everything as soon as possible. It should not be limited by deadlines, pressure, criticism, because the unrestrained achieves the best results.

But the problem is that it is not easy to conclude when she is truly interested in you as a specific person, and not in the above-mentioned human

Despite the fact that Aquarius is the most not tied to the Earth Sign, idealistic and directed towards the future, it would not be correct to say that people with Aquarius on MS do not consider social realization to be something important and significant.

Aquarius is an air sign, and therefore is associated with communications, other people, and groups.

In addition, Aquarians are very strong mentalists, smart and “advanced” people who want to be in demand, established in society (among people).

This is not to say that Aquarius could not sleep, from the thought that he should be realized (although here it is also necessary to take into account Uranus, which can easily turn out to be in some very socially oriented Sign), but also to say that he did not care at all will it be implemented or not, of course, is also impossible.

Aquarius wants to realize and be in demand in society, since society is a community of people, a very important segment of life for Aquarius.

But at the same time, the owners of the MC in Aquarius are still not the people who will achieve a career at any cost.

Aquarius on the MC does not give pronounced social ambitions (remember – we are talking about a “pure” Sign, and therefore everything can be strongly corrected by Uranus or other elements of the 10th house, if any), but at the same time it does not exclude social achievements, victories, awards etc.

Nothing human is alien to them, just like everyone else they want to dress beautifully, eat well and teach children in good universities. In addition, the owners of Aquarius on the cusp of the 10th house have Leo on the IS – which means that they will have quite a tangible desire to live in good, rich and beautiful conditions.

The only thing that can be said with confidence about the social ambitions of the MC-man Aquarius is that he does not make a cult out of his career and social achievements (of course, if Uranus and other indicators of the 10th house do not say otherwise).

As for the professions, the first and, probably, the most “popular” profession of Aquarius is electrician, electricity, electrical appliances and everything connected with them.

Again, in the broadest sense of the word, these are electricians of the housing office and energy engineers of large enterprises, or owners of energy holdings.

But Aquarius, being a very smart sign, a strong mentalist looking to the distant future, can indicate any mental profession. They are engineers in various fields. They can of course be innovators, inventors, there can be many copyright patents behind them.

In any of his activities, he will introduce an element of something new, he manages reforms, and therefore, he can give a person who is busy with reformatting outdated structures or connections.

A man likes to take part in reforming. The forthcoming justice cannot exist without the necessary revolutionary changes.

Staying before a selection sometimes leads him to a dead end. He simply cannot select the desired direction by himself. If a spiritual component is used for the selection, then more often than not it ends unsuccessfully.

In the case of routine work, it can quickly get boring and become uninteresting. Though the thoughts of 10 houses in Aquarius are working in the right direction, but the high percentage of originality prevents you from choosing the right vector.

They need to be improved to better meet the real needs and capabilities. Each task is turned around for the beginning in thoughts, but not always can be embodied in a real project. It is extremely important to learn not to use an air lock.

Our genial ideas are unbelievably cool and interesting, but don’t forget to translate them into a more realistic plane. For the boss, he is an example of a good worker, but his gaze can be extremely superb.

After receiving a task of 10 houses in Bole, it can be given empty dreams and stop working. I am much more interested in the idea than in its direct implementation and due efforts. If this attitude lasts, then no one will tolerate such a worker.

About the subordinate person thinks that they are paid quite well, and they are obliged to fulfill the desired task with pleasure, although they also have the pleasure and enjoyment of Influence of the main houses on the icon of the zodiac Aquarius.

Useful tips are distinguished by their literacy and originality, but they sometimes may not correspond to the existing realities of other people. Recommendations from the side do not apply to the 10th house in Aquarius for information.

Others cannot think so soundly and think so soundly, as he himself. A person from 10 houses in Aquarius likes to work with an unusual profile. Someone else’s opinion doesn’t bother him. He is indifferent to the occupation from the side of those around him.

From people with Aquarius to MS, wonderful creatives come out, people whose task is to give some stagnant business a breath of fresh air.

A person with MS in Aquarius can engage in absolutely any activity related to information or contacts (Air), but he will do it in his own way – unusual, fresh, and innovative.

They can be realized in all professions, where the element of insight, sudden discovery can be decisive. They can be scientists in a wide variety of fields.

Uranus controls winds and thunderstorms, so all sorts of meteorologists can go here, especially those who study wind, hurricanes, thunders and lightning (remember the movie was “hurricane hunters” – that’s what they are). Well, or in a simpler version – people who work with windmills (especially those who design and sell them).

In medicine, Aquarius is responsible for everything related to nerves, and higher nervous activity – here all neuropathologists, neurologists, doctors, whose specialization is disorders of nervous activity. In addition, there may be vascular specialists, vascular surgeons.

As well as ultrasound doctors, and less often radiologists (they are more often on Pluto), and all doctors using modern technology.

Many refer such people to ideals and dreamers. Service activity is coupled with risks to be delusional and incomprehensible.

Manifestations of hostility are possible, turning into cops.

As a result, this can lead to disillusionment in people.

Good luck will help you find yourself in large enterprises, in the government or in political activity.

He will naturally remain in the eyes of those around him that are permanent and unseen. In its movement on the service can take the participation of a friend.

There is not a small ability to use electronics, computers and acrobatics.