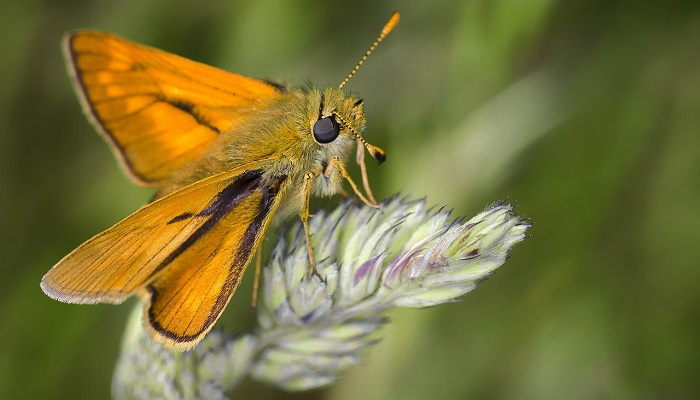 Moths are insects related to butterflies, but they evolved before the. It is estimated that there are around 160,000 species of moths.

Adult moths evolve from caterpillars which make cocoons, fully developed. In some places on earth, moths are considered pests to the crops, fruit farms and forests.

Although some types of moths resemble butterflies, most of these insects don’t have a very appealing appearance.

They have thick bodies and large wings, and they can reach a significant size.

Also, their color is most unappealing. In general, these insects are among the ones people don’t like to see.

Meaning of Moths in different religions and cultures

Moths have different meanings in different cultures throughout the world.

For some Native American tribes, moths are considered sacred creatures. For others, they are a symbol and a messenger of death.

The Mexicans call the moth “Black Witch” because it has dark wings and a body shaped like a bat. They consider it as an omen of death and seeing it causes fear and expectation of something bad happening to those who see it.

Hawaiian people also relate moths to death, and they consider them the souls of the recently departed appearing before their loved ones to say goodbye to them. 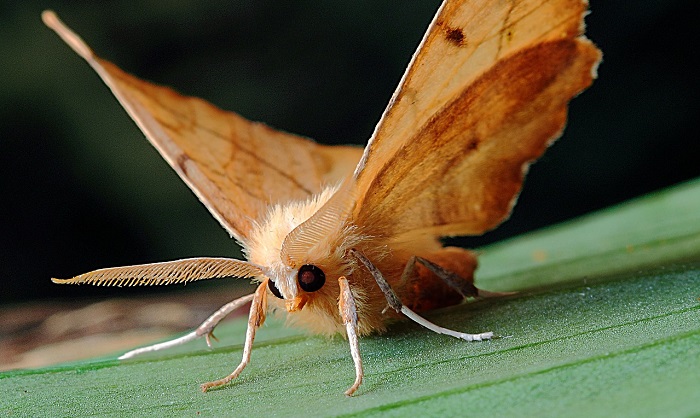 Christians and the Bible relate moths to destruction and decay in society.

The shamans relate the moth’s process of transformation as a process of manifestation of something in reality.

The moths’ appearance in our house often means that there’s some rotten food or garbage, we have forgotten to throw out or that there is some wardrobe in the closed we haven’t aired in a while.

When we add some negative superstitions related to moths which are spread all over the world, the conclusion is that most people don’t consider them a pleasant sight. Moths usually disturb people for one reason or another.

If moths appear before you often, maybe that indicates they are attracted to you for some reason.

Moths have different spiritual meanings and that is why is important to pay attention when they begin appearing in your life or when you see that they are especially drawn towards you.

These insects go through a process of metamorphosis while developing into a grown adult.

Because of that, they symbolize the process of transformation of our personalities, usually because we are going to another stage of our lives or we need to transform to improve our lives.

Moths are also a symbol of vulnerability due to their fragile structure. They remind us of the need to be vulnerable at times without being ashamed to demonstrate our vulnerability.

Moths are attracted to light, and because of that, they are a symbol of attraction to something which could potentially be harmful.

Moths are also symbols of intuition, and seeing them could mean that you need to reconnect to your spiritual side and begin relying on your intuitive insights when you need to make some decisions.

If you are not sure what to do in some situation, ask your inner self to give you the answers.

You already carry them inside; you simply need to decipher them. Moths are one of the signs that you need to follow your intuition. You don’t need to rely on anyone else but your own inner guidance, and that is a very reassuring thought.

The moth’s appearance in your life could be a calling to focus on your goals, and set your mind and attention on the bigger picture of things, keeping in mind the details. The moth is a reminder to focus on the spiritual aspect of life and not just the material ones.

Mood changes are another symbolism related to moths. They usually begin appearing in your life when you are indecisive and suffer from constant mood changes which you cannot rationally explain.

That tends to happen when you are overly sensitive about something in your life. If you see a moth during such periods, remind yourself to stabilize your thoughts and emotions, stop overthinking and worrying, and instead focus on achieving your goals.

Moths symbolize sensitivity due to their acute hearing. When they begin appearing around you, ask yourself if you have been more sensitive than usual.

If you realize that you have, try figuring out what is the reason for that and deal with it.

Maybe some person from your life is making you feel that way, or some situation at work or at home. Try resolving these issues because they are causing blockages in your progress.

Sometimes moths can be a warning about some danger you could be facing, so be alert in the upcoming days, and prepared to avoid it.

If you saw a moth inside your house it could be an announcement of someone close visiting you soon.

Moths are often signs of unexpected guests coming to your house, so if you see them in or around your home, be prepared for a pleasant surprise and encountering some dear people you haven’t seen in a while.

Moths are symbols of death in many cultures. Moths are often related with the symbolism of death and the souls of the departed. In many European traditions a moth landing on a newborn was considered an ill omen, predicting demise.

There is a type of moth, called the Death’s Head Hawkmoth, even has a skull resembling patterns on its body. This is one of the most disturbing symbolisms related to moths’ encounters.

It is a fact that sometimes their appearance announces the death of someone close.

There have been way too many been real-life stories which confirm this symbolism. Although there have been evidence of moths being a sign of death occurring in someone’s vicinity, they have much more meanings related to them, so don’t get scared next time you see one.

That little fellow could be a sign of some fortunate events happening soon in your life, opposite of something terrible.

If moths begin appearing in your dreams, that can mean that your subconscious is trying to deliver some messages to you or make you pay attention to some issues in your life you need to deal with.

Moths in dreams can have various meanings. Sometimes these dreams symbolize a person in our lives which annoys us or interferes in our life.

This dream often indicates being upset because you need to put up with something for a long time.

Maybe you are upset that you don’t have your privacy and that the people who are close to you always seem to be around you. Maybe you feel that someone is disrespectful of your privacy and you want to change that.

Often these dreams symbolize a person you dislike and is somehow always around you.

After all this talk, the conclusion is: moths can be considered both a good and a bad omen.

Many people consider moths as good symbols, especially because there are so many of them, and some are quite indistinctive from their relatives, butterflies.

For these people no amount of moths appearing in their lives could make them feel scared or worried, or considering them an omen of something bad happening soon.

People who don’t believe in good or bad luck might say that seeing moths could have a completely reasonable explanation.

For such people, moths can appear if you don’t take out the garbage often, or you are leaving some food leftovers in the house. For them, moths appear in your house if your house is not as tidy as it should be and that has nothing to do with good or bad luck.

The fact is that moths appearing in your clothes could be a sign that you haven’t been airing your clothes for a long time and that it is time to do that.

Also consider putting in some moth balls in your closet because it is a proven method to chase them away.

We also shouldn’t neglect the fact, that sometimes moths do forewarn some unfortunate events, and in such cases, they do represent a sign of bad luck.

The bottom line is: moths carry an important symbolism which is different for all of us, and it is upon us to take into consideration all the facts of the situation and try deciphering the message that the moths are trying to deliver into our lives.