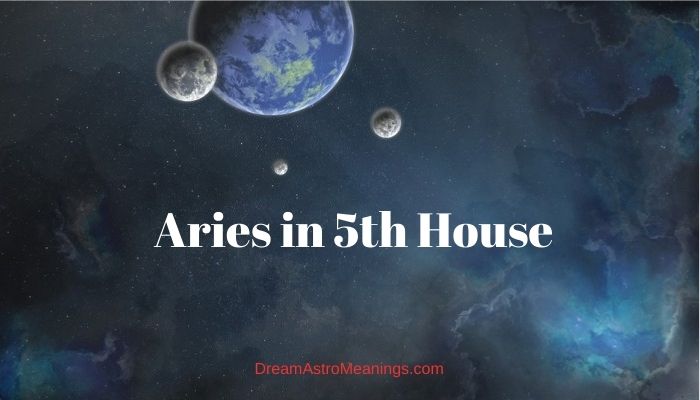 Aries is the first sign of the zodiac to mark the beginning of spring and the new astronomical and astrological year.

Characteristics of this sign come from the combination of the symbolism of the element of fire and the cardinal quality to which Aries is subordinated in the zodiac.

The sun stays in the sign of Aries in its apparent yearly journey through the sky from March 21 to April 20. Aries is a cardinal, fiery, masculine, daytime and animal sign.

Aries together with Leo and Sagittarius are signs of the element of fire. Aries as the first representative of this element contain all its primary energy. In astrology, fire is activity, action, initiative and fighting for the palm of priority.

Ambitions and goals in life are necessary to achieve something in life. The sign of Aries knows how to strengthen our will, be confident, find the motivation to act and set a goal for which we strive at all costs.

Aries will do anything to make our actions effective. It indicates new plans, trying something unknown and expresses great energy with which we can create something out of nothing.

It is a sign of great possibilities, enthusiasm and creating something from the beginning, when we have no background. We accept life as it is. We are full of enthusiasm, sometimes impatient and crazy, because we want to go on a journey or start a new adventure so much.

The sign of Aries tells us that we need to find the strength to take matters into our own hands and act without looking at others. The Aries Sign expresses speed and immediate action, as well as impatience and inability to wait.

Aries energy can move mountains, so this sign is well suited to the image of a small spark that ignites a great fire, but can also be the beginning of a great fire. Fire can warm us and burn us. Therefore, Aries is associated with a fight, although it is often a hoe to the sun.

When spring arrives, everything comes to life with great vigor and races and flourishes. Leaves appear on the trees, the grass grows vigorously, the plants bloom and bud. The energy of novelty, rebirth and freshness is all around.

Aries therefore carry the energy of spring. Aries is a cardinal sign, therefore it always strives to be the first, the best and is always ahead. Aries likes to start new affairs, but he is bored with laboring over bills and reports.

Aries as a cardinal fire, i.e. the constant initiation of new events, is associated with romance and sex, it carries a large accumulation of energy and the enthusiasm needed to establish a relationship and create a relationship.

However, when something needs to be developed, nurtured and maintained, we must ask for help from the sign of Leo and Sagittarius, the remaining fire signs. Aries is focused on the continuous initiation of events, and not on refining or finishing them.

Aries is a male sign, meaning its main goal is to stay active and start new projects. The Aries sign is considered the male archetype because it is ruled by the male energy planet Mars. However, not only for this reason.

As a cardinal fire, Aries has to keep proving that he can do something in a minute that others cannot do for years.

The Aries Sign describes dynamic, determined and enterprising people who like to take risks to achieve their goals and are able to lead others. Therefore, women who have personal planets or an axis in Aries in their horoscope show many male characteristics in their behavior and get along well with men.

They are not helpless and take the initiative in both professional and personal matters. Men who have personal planets in Aries are very masculine and are constantly fighting for something with the whole world.

As a day sign, Aries is equipped to act in clear and simple situations. Nothing dark, hidden or obscure is the domain of this sign.

Aries is not plotting, but instead rushes to attack. He hides nothing, because he cannot hold a grudge for a long time and wants to quickly clarify disputed matters or settle the score – by fighting or recognizing his victory and domination.

Aries as a sign of the day is also focused mainly on itself, on developing its personality and charisma. Therefore the sun is lifted up in this sign.

Aries belongs to the quadrupedal animal signs, along with Taurus, Leo, Sagittarius and Capricorn. Belonging to this group gives a large field for interpretation of the Aries sign. Thanks to this, it is a sign of instincts, giving in to your desires and whims.

He reacts lively and violently to strong emotions. As an animal sign, the Aries is not a good speaker and prefers to act rather than talk or make plans endlessly. His strength is courage, quick reaction and no hesitation. Banging your head against a wall and do it first, then think is a great characteristic of the Aries sign.

People who have a strong sign of Aries in their horoscope (i.e. they have the sun, moon, many planets, ascendant or medium coeli in it) have light, sensitive skin, prone to redness. They are muscular. Men may have sparse hair and problems with early baldness.

The planet that rules Aries is Mars. The sun is lifted up in him. Saturn is in the fall of Aries (for in opposing Libra it is exalted). Venus is in exile in Aries because she is the ruler of the opposing sign of Libra.

Above all, Fifth House points to children. For two reasons. On the one hand, it symbolizes our inner child and, at the same time, creative expression. On the other hand, it tells us whether we will have children, what bond we will build with them, and even who they will become in the future.

The fertile planets in this part of the horoscope, that is, the Moon, Jupiter, Venus, Mercury, and also the Point of Luck, are conducive to happy parenting. On the other hand, Saturn, Mars or the Sun are usually a serious obstacle in having children, or they inform about difficulties during childbirth or later educational problems.

The Fifth Astrological House, also known as the House of the Lion, the biggest kid in the zodiac, also talks about all kinds of entertainment: love games (romance, flirting, sex), playing for money (gambling), sports games, acting, playing musical instruments. And about artistic talents in general. Moreover, whoever has many planets here is conducive to fortune. He may be lucky!

People who have the Sun in the Fifth House like to show what they can do. They are spontaneous, endowed with talents and with a childlike disposition.

An example is Wolfgang Amadeus Mozart, who delighted already at the age of four, composing his first sonatas. It also happens that they are dependent on applause, and they cover up their undervaluation by acting too freely.

Those who have the Moon in the Fifth House can enjoy life. They are characterized by magnetism and a sense of the stage (such a cast of this house has, for example, the controversial singer Lady Gaga). They feel good when the world revolves around them. They romance and don’t get attached to anyone.

The people of Mercury in the Fifth House are bright interlocutors, they love word games. They are smart, sometimes calculating. They have an unbridled imagination and their mind is working at a very high speed. This was the configuration of the extremely creative creator of Apple – Steve Jobs.

For Venus, the Fifth House is a dream destination. Those born with this position have a seductive power, emanate beauty (like Naomi Campbell). They are artistic souls, even if they do not deal with art on a daily basis. They are lucky, so they easily win games of chance.

Mars in the Fifth House points to the love of risk, passion and anger. It also encourages bragging rights. May reveal narcissism and strong eroticism. Men with this location of Mars are lovers. Names: Jack Nicholson, Robert Redford, George Clooney speak for themselves.

The true lucky ones are those born with Jupiter in the Fifth House. They have confidence in themselves, the world and people.

Saturn in this place portends restraint, inhibitions, complexes. Someone with Uranus here makes their own rules of the game. He loves what is crazy and it is difficult to stay faithful to him.

When planets are missing in the Fifth House, we look at its beginning. Cancer sign portends strong maternal or paternal feelings, and Leo – a lot of happiness in life.

The zodiac divides people into the 12 zodiac signs. The first is Aries, followed by the zodiacal, stubborn Taurus, talkative Gemini, the emotional Cancer, the proud Leo and the practical Virgo.

The next signs are an affectionate Libra, a suspicious Scorpio, a nice Sagittarius, a closed Capricorn, an independent Aquarius and soulful Pisces. Aries is the first sign of the zodiac that is best understood with other people belonging to the element of fire – that is, with active, energetic, sincere people. These are the zodiacal Lions and Sagittarius.

The worst signs for Aries are Pisces, Capricorns, Virgo, Bulls and Crayfish. The earth signs and the water signs mean average to the fire signs, although the exception is Scorpio, which belongs to the water element, but his firm nature allows him to better understand Aries. These signs are even influenced by the same planet, Mars.

Scorpio is additionally assigned Pluto. Aries is assigned to a cardinal quality, which includes people who initiate a movement and skillfully encourage others to follow a given direction.

They are people who inspire to act, although they can be easily discouraged if the environment does not respond to their call.

That is why Aries are people who act quickly and are excited about new ideas, but the long waiting for their implementation means that they do not finish things they have already started – they are already busy with something else. Poland is supposedly ascribed to this sign – as are Germany and England. The lucky colors of an Aries people are red, yellow, and indigo.

Aries – A zodiac sign assigned to people who were born between March 20/21 and April 19/20. Where does such a time span come from? In different years, the Sun enters a given sign on a different day and at a different time.

Hence the need to check whether in the year of someone’s birth the Sun entered the sign of Aries on March 20 or 21 and at what time – on this basis, it is possible to accurately assess whether someone is a zodiac Aries, or maybe even a Pisces.

Similarly, at the end of the reign of this sign, it is necessary to check whether you are still an Aries or a Taurus zodiac? Fortunately, there are now special tables where you can check when the sun enters a given sign in a given year.

It is worth remembering that people born at the turn of signs most often are influenced by both signs of the zodiac, although one of them will clearly dominate in their behavior.

A person born between Aries and Taurus can be even more stubborn, while a mixture of Aries and Pisces will soften the character of the zodiac Aries. It may, however, take away some of his confidence.

Aries as a sign of the day is also focused mainly on itself, on developing its personality and charisma.

Therefore the sun is lifted up in this sign.

Aries belongs to the quadrupedal animal signs, along with Taurus, Leo, Sagittarius and Capricorn.

Belonging to this group gives a large field for interpretation of the Aries sign.

Thanks to this, it is a sign of instincts, giving in to your desires and whims.