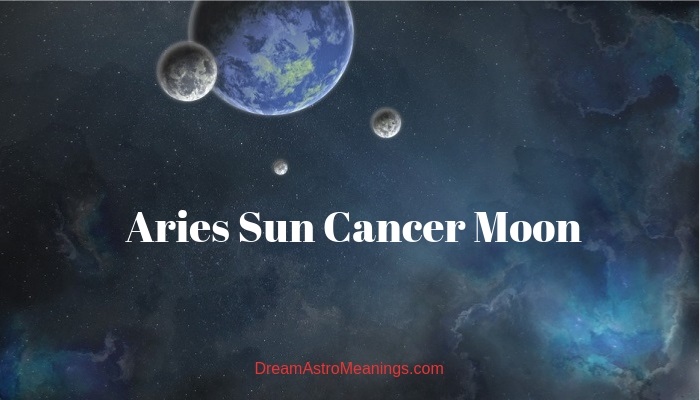 Each person’s natal chart has a different story to tell. Besides our native zodiac sign that is the sign the Sun is placed in, in a natal chart, there are many other elements to take into consideration.

They all create wonderful, unique patterns that, for some part, define who you are as a person. Astrological chart tells about what is your life possibly going to be like.

All elements have their specific meaning, when seen as a part of a birth chart. A good astrologer could get into more details about what does it mean in your particular case. Horoscope is far more than your ruling zodiac sign.

Other planets and signs affect it and mold up your personality. On the other hands, it is not all simply written in the stars.

You are the one to decide what would actually happen in your life. The birth chart tells about potentials and possibilities; it does not give definite answers.

However, once you get to know more about yourself, as you are from the point of astrology, you would have better chances properly to use given potentials and bring your ‘astrological persona’ into realization.

The Sun is central element of each one’s natal chart, just as it is the core of our Solar system. In natal astrology, it represents the core of one’s personality.

The Sun is one of the Luminaries, the bright astrological planets (although astronomically, it is not a planet) and also one of the personal planets. Personal planets are essential for understanding one’s character and temperament, amongst other things.

This golden, shiny planet symbolizes one’s conscious mind, will and creativity. It represents our manifesting strength. According to astrology, the Sun affects our personal strength, dignity, authority, integrity, health, spontaneity and creativity.

It is a nutshell of who you are; the Sun is your Ego. The Sun is always associated with the figure of the father, being a masculine principle.

The Sun determines the way we express ourselves in the world. It boosts our potentials and helps us realize them.

It symbolizes our ambition, drive and goals in life. The Sun is our vitality, personality strength, our self-esteem and nobility.

It is also associated with optimism, generousness and creation. The Sun, essentially, represents the life as it is.

The sign the Sun occupies in one’s natal chart is actually that person’s native sign. It is the sign you would say you are in the horoscope, if someone asks you.

The Sun sign affects all that the Sun as an element is. It means it affects the way the Sun’s energy is going to manifest in one’s life.

This further means that the Sun sign is actually the core of one’s personality; his or hers manifesting self, their Ego and conscious mind.

Sun Aries people are extraordinary energetic and dynamic characters. The Sun in Aries drives one to compete, to strive for success, to prove him or herself primarily to themselves, but also the others.

They are always in the mood for action and the place cannot hold them. There are no limitations for such bold characters; Aries Sun rarely thinks about dangers of doing things or possible consequences. They are very impulsive people and quick tempered.

A Sun Aries listens only to him or herself; these people often overlook other’s needs and always do what they were up to.

They could become fantastic leaders. They have certain military element in their personality and they are indeed courageous. Literally, nothing can stop them, even their own failure.

They hate failure, they would be mad about it, but they would gather themselves up and move on.

This is a fiery zodiac sign, masculine and ruled by the planet Mars. Sun Aries ones express themselves through action, not verbally. If there were something to tell, they would be straightforward and direct.

They do not seek for adventure simply for fun; their goal is to find stability. They take initiative and are very self-confident. They are also very stubborn.

The Moon is another side of our personality. It is also one of the Luminaries, but the subtle, hidden one. It represents our emotional self and the way we absorb information from the world around.

The Moon is about our impressions and our reactions. It is equally as important as the Sun is. The two are like the two sides of the same coin.

There is no reason without emotions; it only depends in what relation are these tow, in one person.

The Moon represents our deepest desires, especially those we are actually unaware of. The Moon is associated with the nigh, mysteries and magic. It rules the sign of Cancer and has special effect on other Water element signs, such as Scorpio and Pisces.

No wonder these are seen as the most mystical signs of the Zodiac. In addition, the Moon represents imagination, intuition, flexibility and sentiment.

It is associated primarily with the element of Water and it is a feminine principle. The Moon is changeable, turbulent, which gives us needed flexibility and adaptability. It supports transformation, which is an inevitable part of everyone’s life.

Since the Moon is the ruler of the sign of Cancer, when found in this sign, it is in a comfortable and favorable place.

However, it also means characteristics of Cancer are amplified. People with the Moon in cancer in their natal chart are distinctively intuitive and emotional individuals. They are highly imaginative, very flexible in their thinking, but also moody and inconsistent.

Their emotions are like a deep ocean they willingly dive into. These people intensively feel the world around and their emotional state quickly changes, depending on their impressions.

They are mysterious to the world around, because of their moodiness. They are romantic, emotionally sensitive, nostalgic and poetic.

Moon cancer people are kind and servile towards people. It could happen they lack firmness, so others could manipulate them.

They are, however, aware of it, but they sometimes cannot help it. They are loving, caring and family oriented. The bad side is that they could become very jealous and possessive.

They are in search for love; they have an inborn need to create deep bounds with few chosen people.

What kind of a person is an Aries Sun cancer Moon? At the first sight, it seems this is a very contradictive personality. Aries and Cancer are definitely of opposing energy.

However, it could turn out to be an advantage, if aspects are favorable.

Aries Sun Cancer Moon combine the best of both signs. They could maintain the mystical aura of the Moon Cancer and yet, be bold and outgoing as the Sun Aries is. Their Ego stays strong, but they tend also to be emotional and compassionate.

It makes them focused on their family; all the energy is directed towards finding stability and providing the best for themselves and their loved ones.

They are very creative and efficient. Their creativity does not stay in the realm of imagination, but it is turned into something practically applicable.

These people love to imagine and to work; they could do marvelous things if they keep their imaginative spirit and their executive nature in balance. They are proud of themselves and are not afraid to show to the world who they are.

The best thing about an Aries Sun cancer Moon personality is that these people are self-conscious and self-confident enough not ever to let others control them, but also sensitive and compassionate enough to respect and care for other people’s needs.

They are somewhat as a mild, calm and softer version of a native Aries.

It means they still nurture their ambitions to be the first and the best, but are not too aggressive and imposing. They are energetic and generally openhearted. Aries Sun Cancer Moon people possess certain naivety throughout life.

It saves them from disappointment and it also makes them pure and their work well intended. They want to make the world a good place for themselves, but also for others they care for.

They are compassionate and inspiring. People love them for their energy they spread around, without losing it.

They are also very protective and have the sense for justice. All kinds of bullies are on their list and they would never hesitate to face them and defend the weak ones.

Neither Aries nor Cancer are particularly good at actually expressing their emotions.

Aries is aggressive, too direct and tactless, while Cancer is moody, too cautious and anxious about feelings.

This could lead to emotional outbursts, which could be very annoying and confusing to the people around. They have great tendency for jealousy and possessiveness.

These people love to be the dominant ones in a relationship.

They are to protect and care for others, not the opposite; never the opposite. They are bold; Aries Sun Cancer Moon would not hesitate to approach a person they fancy.

In addition, their Moon side would soften their attitude and even inspire certain romanticism in them. In a relationship and in marriage they are caring, nurturing and very protective.

The best match for an Aries Sun Cancer Moon should be a person that understands their need to be the ones who take the initiative and control things.

Their ideal partner is the one who dares stand against them, showing them they are strong and self-confident, but who will eventually follow them, not the other way around.

They need a dynamic, intellectual and distinctively loyal match.

Aries Sun cancer Moon are proud of who they are.

They see themselves as inspiring leaders and guardians of those who need protection. They are executive, but not typically aggressive in Aries style. They are emotional, but not lost in romantic imaginary world of a typical Cancer.