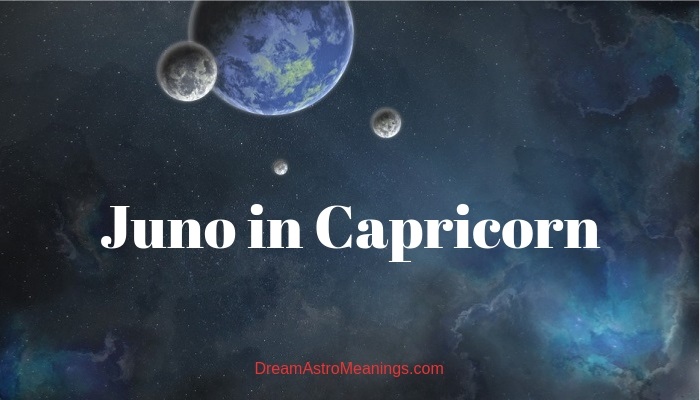 The asteroid Juno is discovered after the asteroids Ceres and Pallas. Its discovery happened in 1804, when the astronomer Karl Harding spotted it. Like the other two before, the asteroid Juno was at first considered a planet, and later reclassified as an asteroid.

This asteroid also got its name from an ancient Roman goddess. The goddess Juno was the wife of the supreme Roman god Jupiter, so she was also the queen of all gods.

She was a very devoted and loyal wife, even though she knew of her husband’s infidelities and frequent affairs and betrayals. She was presented as an ideal of a wife. She was also the patron of Rome. Juno was the goddess of marriage, woman’s sexuality, as well as the goddess of childbirth.

Juno in astrological terms also symbolizes long-term commitments, marriage, relationships, compromises, devotion, infidelity, betrayal, loyalty, as well as partnerships and relationships that require effort and balancing to maintain their stability; that is why Juno often points out to the areas in our lives, where we should balance something. It also indicates the areas where we desire to be appreciated or respected.

The asteroid Juno has the energy of the planets Venus and Pluto, as well as of the signs Libra and Scorpio. Juno’s placement in our natal chart is very important and we should all pay attention to it.

It often indicates the areas in our lives where we have the potential for prosperity and growth. It also shows us the way to make the most of our relationships with other people, mostly regarding our romantic relationships.

This asteroid is usually related to issues regarding relationships, mostly long-term commitments and marriages. It symbolizes marriage unions and long-term relationships and their desired qualities.

Juno also describes the characteristics of our ideal long-term or marriage partner.

The asteroid Juno is very important for long-term commitments and marriage. Juno’s aspects between the charts of two people who are romantically interested in each other are very important and often indicate that a serious and lasting relationship or marriage is likely between them.

Juno is often found in significant aspects between the charts of soulmates and people who are destined to be with each other for a long time. Juno describes our future lasting and relationships and marriages.

What is significant about Juno is that it makes us realize the traits we look for in our ideal mate. It is very important to take Juno in consideration because we can avoid making mistakes in choosing our long-term partnerships.

Usually, people choose their partners based on the traits of their Mars and Venus sign. Mars shows the passionate and intimate needs in our relationships and Venus the more emotional, romantic ones.

These traits alone are not enough to sustain a relationship and make it lasting. These traits only satisfy our physical and emotional needs, and we usually want much more than that in a long-term committed partnership.

The main reason for that is the fact that Mars and Venus usually only show the traits we look for in a partner to satisfy our physical and emotional needs, and the Juno shows the rest of our needs in an ideal partner.

Juno describes the ideal person you could imagine spending your life with. That is someone who will accept you completely without the need to change you, and you feel the same way about this person.

Juno has some other meanings in our chart. Juno, the goddess, was a loyal and devoted wife, but she was continuously worried about her husband’s behavior and his numerous affairs. Her confidence was shaken and she was stressed out all the time.

For that reason, Juno also describes our relationship insecurities, our romantic doubts, as well as the situations and circumstances which could easily trigger our suspicions and jealousy and make us feel insecure.

Juno also reveals the circumstances and the issues we consider deal-breakers for a relationship, as well as the things we are prepared to tolerate in a marriage or a long term relationship which could potentially be detrimental for that relationship.

The asteroid Juno shows how tolerant we are in a relationship and our ability for patience and waiting for the right opportunity for a committed relationship to appear in our lives.

Juno should be carefully studied through its placement in a Zodiac sign, a house in the natal chart, as well as the aspects it is making with the planets of that chart. Juno gives us the clues for which traits to look for in an ideal partner and if we listen to its advice it is highly likely we won’t be making any mistakes in regards to our relationship choices.

It’s important to remember that the people we are most attracted to don’t have to be an ideal relationship and marriage material.

We should always consider what Juno is suggesting in regards to our ideal partner and see whether the person matches those standards.

Juno helps us to discern whether we are only physically and emotionally infatuated with a person or they are true relationship material, a person who can give us genuine support, love, comfort, and work with us on maintaining our relationship long and stable. Juno helps us in recognizing the right partner.

Men with Juno in Capricorn often appear very serious and demanding in a relationship.

They have a strict set of rules as to how a marriage or a long-term relationship should look like and follow them blindly, expecting their partner to follow them in the same manner.

They can be controlling and manipulative towards their partner.

If they don’t receive the amount of respect and appreciation they believe they deserve, they might begin with their emotional games; acting emotionally cold, detached, and distance themselves from their partner.

This behavior usually does the trick and their partner rushes back to them asking for an apology and changing their behavior completely.

These men are traditional and they can’t be in a committed relationship which isn’t formalized for a long time.

Women with Juno in Capricorn often look for a man who is an authoritative figure and even a bit dominant.

They want to be able to rely on their man who should be someone successful and financially well-off. They are traditional and prefer to formalize their relationships as soon as possible. They love playing by the rules, and love to know the rules.

Their partners can be prone to emotional manipulation and control, but also these women could exhibit such behavior if they feel they don’t have enough respect and appreciation from their man.

In some cases, these women could distance themselves completely emotionally and physically from their men just to prove their power over them and manage to make them do what they desire.

They should be careful because misusing their powers could lead to a breakup of their marriage or relationships.

Some of the good traits of Juno in Capricorn: traditional, reliable, responsible, demand respect and appreciation from their partners, formal, serious, ambitious, successful, etc.

Some of the bad traits of Juno in Capricorn: manipulative, controlling, prone to emotional distance and coldness, strict, rigid, overly organized and calculated, formal, serious, etc.

People with Juno in Capricorn seek reliability and depth in their long-term relationships or marriage. They love and respect tradition and will most likely seek to formalize their relationship in the form of legal marriage.

They might try to control their partner, in some cases through emotional distance and coldness. They demand respect and appreciation from their partner.

These people consider marriage and long-term commitment as a form of duty and responsibility.

These people usually take on the role of authority towards their partners. They are ambitious and look for ambitious partners.

They think of marriage and relationships in a very serious manner.

They often view it as a form of a social contract where the partners support each other’s success and progress.

They desire a partner they could be proud of and show them publically, and they want to be perceived by their partner in the same manner.

People with Juno in Capricorn are very serious when it comes to dating and choosing a serious commitment or marrying.

They can exaggerate at times and treat these unions as a form of duty and responsibility. They can take things overly serious and that could cause issues in relations with their partners.

These people demand to be appreciated and respected in a relationship, and can be very demanding towards their partners.

They have rules they follow in a relationship and make their partners follow them also. If they don’t get the desired behavior or response from their partners they could begin behaving manipulatively.

These people are prone to emotional manipulations of different kinds to make their partners behave in the manner they desire. That is something which is not often obvious to their partners, but it usually does the work.

These people could be prone to emotionally distance themselves from their partners or become cold and unapproachable when they don’t like how their partners are behaving.

They should be careful not to jeopardize their relationships with their behavior because their partners might easily get fed up with being emotionally controlled and manipulated.

They are traditional when it comes to dating and relationships and want to formalize their unions with their partners as soon as possible. They love success and desire their partner to be successful and ambitious.

Their ideal marriage or relationship is one where both partners support each other on the way to success.