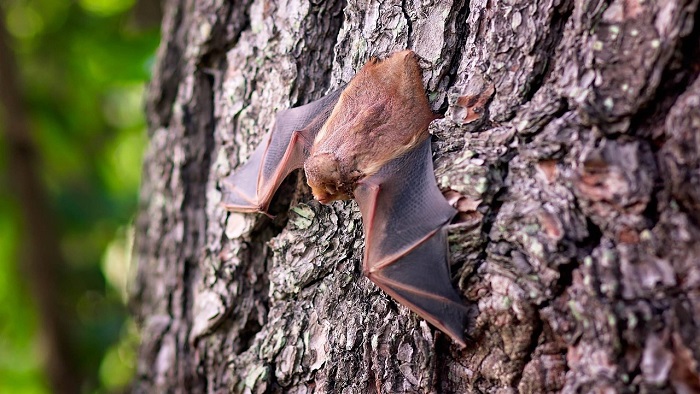 When someone mentions bats, most of us usually think of some of those dark gothic stories about bloodthirsty vampires or Batman.

Long ago, before Westerners invented those scary entertaining stories and all sorts of fiction, bats were worshiped as deities and powerful spirit animals.

Symbolism of these creatures is abundant and present in various parts of the world. There is not a single species of bats and they live all around the globe.

In certain parts of the world, particularly Southeastern Asia, bats’ blood is used as a magical potion.

Yes, you read it well; while we associate bats with drinking human blood, it is completely the opposite.

In some regions of Southeastern Asia, bats’ blood is still traditionally consumed, based on beliefs about its powerful properties, although most of bats are protected by law in the country.

However, we have to mention that this strange practice is definitely not particularly healthy.

While in Westerners’ folklores bats are commonly depicted as bloodthirsty animals, the only actual bat specie that does feed exclusively on blood is so-called vampire bat and it inhabits Americas, from Mexico to Argentina.

European bats are not that carnivorous and they are not likely to attack humans. Strangely, but it is that in lands where dangerous bats live, these creatures are not considered bad luck, as they are in European traditions.

Bats play an important role in Mayan tradition, folklore and belief system. In Ancient Mayan mythological stories, bats were believed to be messengers from the Underworld, but not necessarily evil and negative ones.

In addition to being feared of and awed, bats were also appreciated and worshiped by Mayan people. 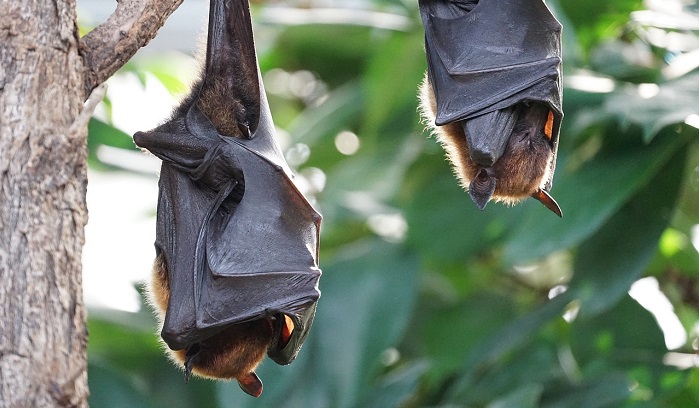 While Mayan people have associated bats with death, it was not considered a negative belief.

It seems that cultural systems out of Westerners’ world have always been more familiar with natural course of events, with paths of the existence of all living beings on earth and the finality of physical life.

For Mayan people, bats were not evil messengers of death, but those that could communicate between worlds, between realms of the living and the dead.

Mayan mythology does depict bats as dreadful creatures and dark deities, but they also see them as guardians and fortune bringers.

Bats’ symbolism in Mayan tradition is rich and full of meanings. Bats are believed to be magical creatures that talk to gods of the Underworld and mediate between the world of people and that of Death gods.

Certain deities also shape shift into a bat. In Mayan tradition, bats rule over the Underworld.

Symbolic meanings of bats in Mayan tradition are many, but the most important ideas and concepts are change, journey, transformation, life cycles.

Mayas have strongly believed that without change, there is no progress, without death, there is no life, without rejection, there are no new beginnings.

Bats, creatures that are mostly active during the most magically fragile times of a day, as dawn and dusk are seen almost all around the world, they represent the very idea of passing through changes.

The term Mayas used for bats is zotz. There was even a class of bat-deities called camazotz.

These mythical beings play an important role in Mayan folktales and legends. Bat deities from Mayan folklore are depicted as being bloodthirsty, merciless and cruel legendary beings with great strength and magical powers.

Perhaps one of the most popular Mayan stories featuring bat gods is that of trials of heroic twins, Mayan beloved legendary characters.

According to the story from the cultural narrative titled Popol Vuh, the main source of our knowledge about Mayan folklore and legends, Hero Twins had successfully to overcome several difficult obstacles put in front of them by Death Gods.

One of the scariest tasks they were challenged to fulfill was to survive a night in the room where deadly bats live. However, one of them was killed by the deadly scary Camazotz.

Chinese people have always been nurturing great understanding and appreciation of all living things and natural phenomena. In Chinese culture, bats, or fu, are a positive omen. The term Chinese use to say ‘lucky’ is the same that is used to describe ‘a bat’. It is pronounced as fu.

Not only Chinese believe bats are fortunate little fellows, but they also value the concept of wufu, literally translated as the Five bats. These five bats are lucky and they stand for five most valuable concepts of humankind. Wufu represents the idea of five blessings humankind is given.

Chinese bat symbolism is quite benevolent, compared both to Mayan and Western beliefs. As you can see, not everyone thinks bats are bad ones.

However, let us present the Westerners’ conceptualization of this amazing creature and its symbolism.

In Westerners’ folktales, bats are commonly portrayed as evil creatures, messengers of darkness and those that bring misfortune and bad luck. Associated with night and obscure magical forces of darkness, bats are identified with vampires.

It is interesting to note that obscure connection between bats and vampires in European beliefs originates from times when no one in Europe have known nothing about the actual vampire-bat specie.

However, bats’ black color, strange appearance and so, have made us think they are some kind of evil spirits. Vampires are believed to shape shift into bats, which is a commonly used vampire iconography in various types of artistic expressions.

Bats have always been associated with night and some obscure powers. These associations are made based simply on bats’ biological clock and their natural behavior.

Bats commonly inhabit areas of human settlement and they are usual sight in urban environment. Whatever you might think of these flying fellows, they actually protect us from troublesome insects that they feed on.

In contemporary Western traditions, bats are still seen as dark creatures, but they are not necessarily considered negative or misfortunate.

They sometimes symbolize hidden powers and magic, but also can be turned into cute cartoon characters and so on.

Now when we have gone through some the most important interpretations of bats’ symbolism, let us summarize these meanings and try to make a general picture.

Bats’ symbolism is wide and deep; it is constructed of many beliefs, from all sides of the world.

What does a bat symbolize, then?

So far, we have seen some cultures believe they are scary and dreadful, but also protective and fortunate, others believe these animals bring bad luck, while others consider them lucky ones.

In addition, there are traditions in which bats are also a source of food and are even believed to possess some magical properties.

Generally, humans are not in so close touch with bats, as they are with certain other animals. You see, cats are often portrayed as unlucky or evil, but people still love them more than bats.

Well, bats are not exactly fluffy ones you would have as pets, but there are people who find them cute and charming, of course.

All of these ideas partially explain why we have so divided or ambivalent feelings towards bats.

They are strange and yet fascinating, they could appear scary to us, but still we think they are magical. The very association of bats with vampires makes you think there is something truly fantastic and mysterious about them.

Bats have always been identified with mysterious things and illusions.

Bats symbolize deep insight, intuition, dreams and mystery. One of the things that fascinate us are bats’ delicate senses. As you certainly know, bats cannot see much around, but they are equipped with other, extremely sensitive senses.

This makes us associate bats with intuition, listening to deep inner voices, insight and inner guidance. Bats symbolize the power to see that what is hidden.

Not only bats are associated with intuition, but they also represent wisdom and search for knowledge. Everything that moves after sundown is commonly associated with the idea of wisdom.

Dark is not always seen as dangerous and threatening, but also something that offers peace, tranquility and silence, needed for deep and long intellectual and mysterious exploration.

Because of their senses and the fact they are sociable animals, bats represent communication, community, support and care. Bats are, actually, caring and loving animals.

Native Americans have known about that long time ago, so they appreciate bats as friendly animals. Bats take good care of one another and especially about their little ones. In addition, they are known effectively to communicate by using senses of touch and hearing.

Finally, bats represent transformation, rebirth, change and life cycles. As we have seen, they embody the idea of the continuum of existence that could function only through changes.

They symbolize the concept of life and death. Their natural pattern of hiding in caves, which symbolically represents the womb of the Earth, and leaving their home each day at the same time symbolizes the idea of revival, rebirth, an ongoing cycle of inevitable changes.

Bats are truly fascinating animals and, thus, powerful totem guides. If you are guided by the Bat totem, you have surely on the path to develop amazingly sensitive intuition and reach deep into your own soul.

This will make you more aware of the world around you. Bat people are particularly sensitive individuals, very creative and highly imaginative.

They are usually very intelligent and not interested in materiality. These individuals are rare and inspiring. Bat people are of a gentle and kind nature, often quiet and calm.

They are thorough in what they are thinking or doing and they have an eye for details. They are capable of creating magnificent things and overcoming difficulties in life by using their skills and talents.

Bat people do not like to bother others; if they are sad, they would rather retreat and let the bad times pass. On the other hand, they will always be by your side and ready to offer support and help.

While bats are commonly associated with darkness, people protected by Bat totem are not negative. They see to enjoy their life to the fullest, but they do not act foolishly.

The thing is, their great intuition tells them when the time is to act and when the patience is needed. They know life is full of dangers and obstacles, but they are not cowards.

Bat people know there is always a way out of the dark cave. Bat people probably experience their environment far more intense than other people do.

That makes them capable of seeing and enjoying beautiful things in life many would simply pass by. On the other hand, it also makes their pain greater.

Bat totem helps you find the balance between these two extremities. Bat people value life and enjoy sharing it with others.

They are friendly and sociable, even if sometimes they could appear awkward in others’ eyes.