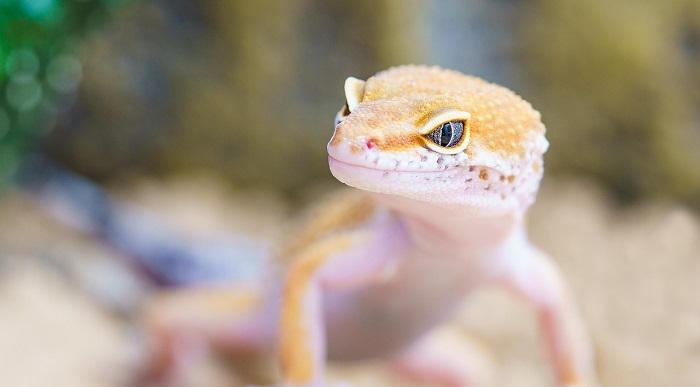 Reptiles are special class of animal kingdom that we, humans, have always been intrigued by. We have many different opinions on reptiles, since these strange animals are so different from us. Usually people either love or hate reptiles. Many people find them scary, dangerous and repulsive, while there are others who think these animals are truly worth of appreciation and admiration.

Reptiles appear opposite from human beings and that is what makes them both strange and interesting to us. We have ambivalent feelings towards reptiles; we could find them scary and beautiful at the same time.

For example, some people are amazed by pitons’ amazing pattern or crocodiles’ strength, but are afraid of these strange creatures. Reptiles are commonly seen as living beings that are opposite from humans.

These creatures are commonly associated with primal instincts and beginnings of time; they are on the opposite side of all life genesis. Reptiles often symbolize primal forces, instinct, an uncontrolled part of human mind, something instinctive, without thinking, animalistic, raw and unrestrained.

In art and literature, for example, reptiles’ motifs could be used to express and represent our unconscious needs, desires and uncontrolled behavior.

Throughout the history of civilization, reptiles have been representing the whole palette of different symbolic meanings. One of characteristics that make them so symbolically strong is their cold bloodedness.

In the world of symbolic meanings, that is associated with certain human traits. Reptiles, thus, stand for a person who lacks emotions, who is senseless, regretless, cold and reserved.

Many times you could hear people describe a person who appears to act ‘a lizard’, ‘a snake’ or other reptile. It is commonly said for those who are sneaky, tricky, intelligent, deceptive, smart, clever and so on.

You see, this description includes both traits that could be seen good and those that appear negative. Even cruelty and mercilessness are sometimes associated with reptiles.

Certain species of reptile kingdom have been worshiped, admired and awed throughout ages. Those with the most powerful symbolic meanings are crocodiles and alligators, snakes, lizards and turtles.

Each one of these animals is believed to possess special spiritual powers, but they all share general ‘reptilian’ symbolism. Turtles are a bit different from others mentioned, which is quite an obvious notion. 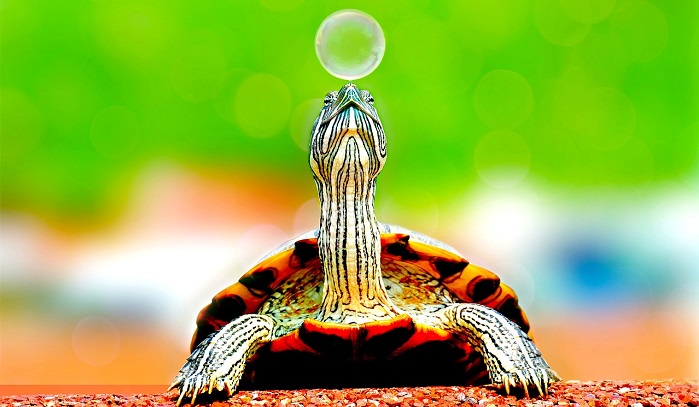 One interesting fact that proves reptilian symbolism is extremely powerful actually originates from modern culture. There is particular conspiracy theory according to which our world is actually ruled by disguised alien creatures. These creatures are reptilian in their nature and physiognomy, but they appear to us as human beings. They take human form and rule our lives.

According to this extravagant urban myth, these powerful reptilians could even be people we know from our television screens, for example. Famous people, politicians, entertainers, various influential celebrities could actually be disguised reptiles that rule the world! Well…this story certainly makes you wonder.

Conspiracy theories aside, it is obvious that people have ascribed so much power exactly to reptiles.

In modern culture, we have various interpretations of reptile symbolism, which represents a powerful mixture of conceptualizations that originate from far past and urban traditions.

Later on, we will remind of some of the most important cultural and traditional depictions of reptiles. For many people today, reptiles represent something dark, scary, dangerous, but also strong, tough and invincible.

The idea of an eternal life or ultimate power still lives on. That is, perhaps, the reason why some people decide to get themselves a reptile tattoo. Snakes, lizards and imaginary reptiles, dragons, are some of the most common tattoo designs.

People believe spirits of these creatures would give them strength and courage to face all the challenges of life and protect them on their destiny’s path.

Some people have reptiles as pets and think these creatures possess specific energy, while others find them repulsive and very scary. If you are amongst the latter ones, then we will have hard times persuading you reptiles could have positive symbolism. However, reptiles’ symbolism varies.

Think about turtles, for example. We will describe each one of reptiles and interpret their symbolic meanings.

Reptiles in mythology and religion

Now let us go back into much older days. Reptiles have always had a special place in many of the world’s greatest traditions and belief systems. In Ancient Egypt, they had a crocodile god.

His name was Sobek and this deity was associated with the river Nile, of course, and the power of healing. According to Ancient Egyptian mythology, Sobek was the one who put Osiris’ body back together, after the evil god Set has murdered him.

Another reptile was admired in Egypt. It was the Egyptian cobra, also known as Uraeus in its stylized form on pharaohs’ crowns, a snake that has been believed to represent the incarnation of Wadjet. Wadjet was one of the earliest Egyptian goddesses; she was protecting the land over which pharaohs’ ruled.

They have used this cobra symbol to acknowledge their claim over the land. It was a symbol of royal power.

You have certainly heard of Asclepius, the Ancient Greek deity of medicine and healing. If not, you have definitely seen a pharmacy logo featuring a stylized symbol of a snake curled around a staff.

It is the staff of Asclepius, who is also known as the Serpent Holder. Greeks have associated snakes with healing powers because of their habit of changing skin, which is identified with the concept of rejuvenation, rebirth and longevity.

According to Greek mythology, the Serpent Holder, Asclepius, was so good in the art of healing that people would commonly say he was able to revive those who are dead. There are different versions of the story why Zeus has killed them, but they all end with Asclepius turned into a new constellation. It is named Ophiuchus or The Serpent Holder.

On the other hand, Christianity was never fond of reptiles. In Christian tradition, reptiles are seen as evil, deceptive and tricky beings. They are associated with secrets, lies, manipulation, betrayal, negative energy and darkness, forces of Hell, devilish powers etc.

They are almost always depicted as negative. Snakes have always been described and represented as an incarnation of evil. You know about the Biblical snake, apple and Eve in the Garden of Eden.

Reptiles symbolize many things. We will try to represent and interpret the most important ideas related to reptile symbolism.

First of all, reptiles are associated with the energy of sun. As you all know, these animals could spend hours sunbathing. They need some warming up and they seem as they are simply relaxing. Although they appear to be deadly calm, do not try to find out were they! You could get into a real trouble, if you disturb a dangerous crocodile.

Smaller ones, such as lizards, are quite aware of their surroundings, even if they look like little sculptures on the sun. They symbolize awareness, watchfulness and readiness. Reptiles are also masters of camouflage, so they symbolize adaptation, transformation and change.

They are capable of adapting to their environment in several ways. Reptiles are physically very resistant to climate conditions and they could literally disappear in their surroundings.

Reptiles, both little and bigger ones, represent cleverness, solitude, toughness, endurance and strength. They are capable of taking care for themselves and they rely on their own skills and natural gifts. They symbolize freedom and self-reliance. These animals are well-equipped and capable of surviving on their own.

In symbolical sense, reptiles are creatures that do not obey rules; they are not submissive, on the contrary. They symbolize self-confidence and control.

Reptiles are symbolically identified with individuals who are strong, influential and confident; those who are not easy to control or manipulate, but also those who are capable of manipulating others.

Crocodiles and alligators share similar symbolism. They both impress and scare us at the same time. These animals are watchful and deadly.

They symbolize patience, tranquility, calmness and tactfulness. They are ready to spend long times under the water, patiently waiting for their prey. They teach us some opportunities require waiting and patience.

They could also appear calm and tranquil, but they are really cautious, smart, observant, really agile and fast. They need all these skills in order to escape bigger predators. Lizards also could adapt to their surroundings; some even change colors.

These reptiles represent transformation, adaptation, self-reliance and resourcefulness. They teach us to be cautious, observant and to act quickly, if situation requires that. They have to outsmart bigger animals many times, so they do not become someone’ dinner. In addition, they symbolize trickery and mischief.

For many cultures, however, lizards are considered lucky animals. Colorful geckos, for example.

Snakes are well known members of reptilian ‘symbolic’ family. They represent everything from healing, protection, eternity and longevity, to darkness, poison, lies, deception and trickery.

Snakes are probably the oldest species worshiped by humans. From glorifying the piton god in prehistoric Botswana to judging them in Christian tradition, snakes are literally loaded with symbolism.

They represent life, transformation, adaptation, darkness, threat and danger, amongst many other meanings.

Turtles are an exceptional example of reptile symbolism. They are steady, calm and slow and they embody some really impressive concepts. Turtles represent the existence itself, longevity of life, patience, wisdom, endurance, longevity, balance and harmony.

For Native Americans, turtles represent an incarnation of the universe and its continuity. In Far Eastern traditions, turtles are seen lucky and fortunate animals.

Now when we have seen what particular reptiles symbolize and what their spiritual powers are, let us summarize totem powers of all reptiles and see how they look applied on human lives.

Reptiles could be amazing totems. Reptiles possibly represent some of the oldest totems on our planet, the first ones adored and worshiped by humans. No strange, they have so many symbolic meanings.

Reptile totems are amazing spiritual guides. They teach us patience and calmness, in the first place. Reptiles embody the idea of silence, tranquility and harmony, so your totem want you to realize these are some of the greatest values on Earth.

You should be patient and careful in life, not obsessed by anything. However, reptile energy could be so strong and make you focused on only one aspect of your life, so be cautious about it.

Reptile people are generally tactful, calm, reserved and steady. They do not worry much about outer factors, but they are prone of self-doubt. Do not worry, because your reptile totem will be there to remind you you have all power over your own destiny.

In addition, it will help you learn how to adapt to situations you cannot exactly change, without any harm.

Reptile personalities are intelligent and not particularly open to others. However, they are not shy or weak. They love to keep their intimate things only to themselves and to those closest ones.

Reptile totem teaches you find the perfect balance between your social and private life, helps you teach yourself patience and act when odds are the best.