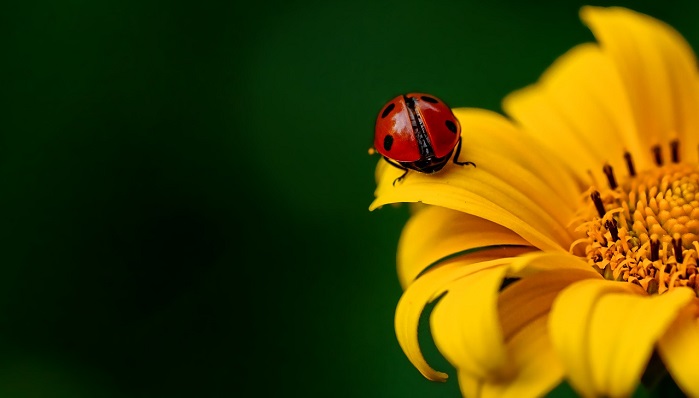 Beetles are insects widely spread all over the world. They have a particular anatomy which consists of a hard external body cover, called the exoskeleton. They are also known for undergoing a complete body metamorphosis between the period of hatching and adulthood.

They are also known for their special camouflage technics.

These insects played a special role in human culture and history, especially in ancient Egypt, where they were known as the sacred scarabs. The oldest found specimens of beetles are considered around 300 million years old.

Beetles could sometimes exhibit wide range of brightly colors and people even collect them for display purposes. Many beetle species are used as food (in larvae stage). These insects could also represent pests.

They are the largest existing order of insects, with around 400,000 species. That number represents around 40% of all known and described insect species and 25% of all animal species existing in the world.

They are very adaptable and found in almost any existing habitat, even freshwater, trees, underground roots, inside plants, plant tissues, dead and decaying as well.

The longest known beetle is the Hercules beetle, at least 16.7 cm long, and the heaviest beetle is considered the Goliath beetle, around 115 g, and 11.5 cm long.

Almost all beetles have movable mandibles. Their exoskeleton is formed of plates which enable the flexibility of the beetle’s body while maintaining the armor defense. They often have unusually large heads. Some species have eyes which could see above and below water.

Their antennae are organs which they use for sensory perception and some species use them to maintain their balance.

Beetles usually have one pair of claws on the end of each leg. There are some species, which have lost their ability to fly. Some species have wings, but they cannot fly.

Male beetles can be very territorial and they courageously defend their territories against other male beetles.

All beetles lay eggs, and some species which live in the Subarctic, lay eggs which hatch almost right away. Females can lay from several dozen eggs to several thousand. Some species leave their eggs under a leaf, while other species like the scarab beetles take care of their young. 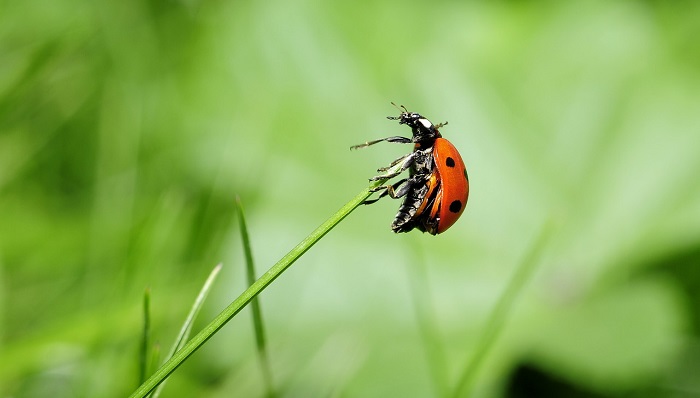 The transformation of the egg into a grown beetle is a complex process, which goes through various stages which can sometimes last for years, from the larva phase, which goes through three stages of growth, then the pupa and finally the adult beetle.

After hatching from the eggs, the larvae eat almost unstoppably, and gain in size.

The more food they consume, the larger they become. Many beetle larvae are predatory, just like adults. The larval period usually lasts several days, but can last longer depending on the conditions.

Some beetle species, like the skin beetles, have a special ability to go through the stage of reversed development while they are starving due to lack of food, and when the food conditions get better, they grow back to the stage of maturity they have previously attained.

This cycle could be repeated and is called biological immortality.

The larvae of some species which have parasitic affinities, in the first stage of growth find a host and remain inside throughout the rest of the growth stages.

The lifespan of a beetle is variable, and lasts from several weeks to years. The longest lifespan is reported in wood-boring beetles, which can live for decades in the wood they have infested.

These insects usually fly 150 to 195 meters above the ground, but can reach high altitudes of over 1100 meters.

They communicate through various means, and many use pheromones for that purpose.

While most species of beetle leave the eggs after hatching them, some species express parental care, and protect their young during the growth stage providing them food and shelter and watching out for the potential predators. Both male and female beetles are included in taking care of their offspring.

Some species exhibit joint care for the offspring. These species usually live in colonies where there are many generations, and the labor is divided into reproductive and non-reproductive groups.

Beetles eat diversity of foods. Many species are omnivorous, that is, they eat both animals and plants. Many beetles have as their primary diet, decaying organic matter, such as dung and dead animals.

They also fall prey to many predators, such as birds, bats, lizards, fish, ants, other beetles, spiders, etc. and they use many camouflaging methods to avoid being a victim. Many beetle blend in the environment by color adaptation. Some use behavioral mimicry, imitating other insects such as wasps.

Many species already have warning colors of the body to make them appear poisonous to potential predators. Some release chemicals to warn off the predators.

Some species exhibit parasitic behavior and live as parasites on mammals and other insects.

Almost all beetle species have an ability to reduce their metabolism to survive bad environmental conditions, usually due to lack of food, which can last for months. This hibernating period often happens during the winter months.

Some species are adapted to live in extremely hot or cold conditions (as high as 50° C and as low as -100°C).

What does the Beetle Symbolize?

Beetles ads totem animals remind us about the law of cause and effect, that is, we can hope to receive what we give out. If it’s good, we can also expect to receive good, and if it’s bad, we can expect bad as well.

Because of that, it is important to be filled with positive energy to attract only good things into our lives. Negativity on the other hand, attracts only more of the same.

The beetle reminds you to always be aware of the state of your energy.

The beetle as a totem animal also symbolizes awareness, spirituality, karma, interaction and the management of time.

They are very careful, using their antennas to discover facts about their surroundings, and that is the gift they teach us about is to be cautious, concentrated and aware of the things going on around us.

Because they come in countless number of species and because of their growth cycle and the huge transformation they undergo until the age of their adulthood, beetles symbolize changes, transformation, rebirth and regeneration.

They also symbolize the need to adapt to any situation and circumstances.

Beetles teach us to accept the changes that are coming into our lives and be happy about them because they bring new opportunities for growth along with them.

This insect encourages you to use your natural abilities to adapt to any circumstance with ease. It also reminds you to become more independent and learn to rely on your abilities instead of someone else’s.

The Meanings of Beetle as a Spirit Animal

The Beetle as a spirit animal can have many different meanings. Here are some of them:

Adaptability. Beetles are one of the most adaptable animals on the planet. They survive in almost impossible conditions and have amazing camouflage skills to avoid predators. As your totem animal, they teach you of the need to adapt to all circumstances you come across to survive and move towards your goals.

Communication. Beetles have various ways of communicating with each other, and they teach you of the importance of letting others know your desires and thoughts to others and being clear with your intentions.

Persistence and determination. Beetles are determined to get to the place they want to be and have the persistence to accomplish that. This totem animal is teaching you of the importance to have these traits in your personality because you will benefit a lot from them.

Transformation. The beetle goes through many phases until it reaches its adult form. As a spirit animal it teaches of the need to transform your personality in time and evolve into a better person.

Moving forward. The beetle keeps going towards its goal. As a totem animal it teaches you of the need to keep moving forward in life and never allow any circumstances stand in your way of accomplishing your true heart’s desires.

Beetle as Your Totem Animal

If the beetle is your totem animal, you are most likely very adaptable and capable person.

You are also very sensitive and probably have some psychic gifts, such as clairsentience or clairvoyance. You seem to instinctively know where you need to be at any moment. You are determined to accomplish your goals and you never give up.

You might be prone to recycle old things and very modest. You might also be in a close connection to the nature and doing everything in your power to protect it.

If this insect is your totem animal, you most likely go through various changes in life but you accept them as normal and try to adapt quickly to the new circumstances. You always see the best in every situation.

What if the Beetle Appears in Your Life?

Those might be some necessary changes you don’t really want and the only thing you can do about them is to adapt.

In some cases, the beetle’s appearance in your life will be an announcement of successfully overcoming some current issues. It only asks you to be determined and focused on your desired outcome.

When to call on Beetle?

You should call on Beetle as your spirit animal when:

Dreams about Beetle – Interpretation and Meaning

A beetle in a dream could be a sign of overcoming some difficult issues or adapting to some changes.

It could also symbolize some significant changes you are going through and is confirming that you are following the right path.

Sometimes a beetle in your dream could be a reflection of your fear of death. It is also a symbol of survival, resurrection and positivity.

Beetles in your dreams could also be a sign of new opportunities.