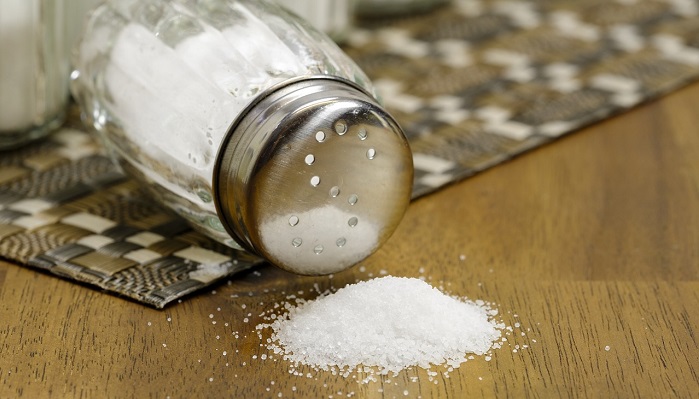 Salt is perhaps one of the greatest gifts that the Earth has given us. The incredible properties and powers of salt have been known since ancient times.

Not only salt has been used as an important part of human nutrition, but it has also been ascribed numerous mysterious and magical powers.

Since old days, it has been believed salt possesses the power of healing and purifying. It is claimed salt absorbs negative energy and thus makes the world much cleaner place, in both physical and spiritual sense.

Many ancient people have known the power of salt. Ancient Romans, for example, associated salt with ideas of prosperity and health. They have worshipped the goddess Salus, to whom gifts were offered regularly.

Salus was originally the goddess of health and protection and is sometimes associated with salt; from this association we can clearly see how salt and health are symbolically correlated.

In Roman mythology, another deity was associated with salt. It was Salacia, the sea goddess and the wife of Neptune. Salacia was also considered the goddess of salt. Salt was also incredibly important to ancient peoples of Israel and early Christians.

In both the Old and the New Testament, salt is used as a powerful symbolical motif. It stands for value, cleanliness, purification, longevity and durability.

The incredible energy of salt is dual and overpowering. Salt cleanses and preserves in moderate amount, but too much salt kills all life. This fact illustrates the essentiality of salt, its powerful symbolism and its life-giving/life-taking nature.

Salt symbolically represents something of a vital importance, which has to be dealt with with caution and reason. Salt, as a symbol, teaches us to value the pure form of life and not to be greedy, vain and lustful.

Salt symbolism in the Bible

Salt was an important substance to people of Ancient Israel; they would pour waters from the Dead Sea in order to get salt. They have discovered healing, purifying and preserving properties of salt long ago, so they would use this important mineral to spice up their meals, to preserve food and to clean and disinfect open injuries.

The expression of ‘putting salt on a wound’ is usually associated with something negative, but, in fact, salt is used to clean wounds, not to make them worse. 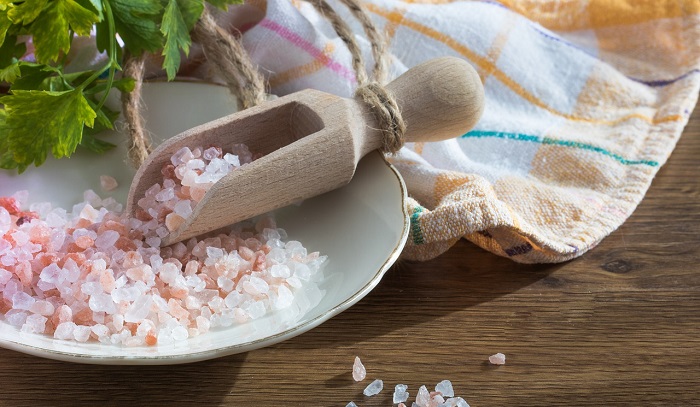 In the Old Testament, salt is often mentioned as sacred symbol. It has been the part of religious practices, such as offerings to God.

Salt also symbolizes friendship, fidelity and loyalty. Salt was used as a covenant of true friendship; it was an irrevocable pledge to eat salt together. Those who do that should stay faithful friends forever.

Newborns were rubbed with salt in order to grow up to be honest and confident in life. In addition, we have to mention Lot’s wife was turned into a salt pillar, which we read in the book of Genesis. The story is possibly a folk tale, invented to explain an actual salt pillar in the region.

Salt is also mentioned as an important ingredient of the incense. In the New Testament, salt metaphorically represents intelligence, consideration and compassion.

Salt is also a symbol for something good and pure, which could become corrupted and this could be found in Jesus’ expression from Sermon on the Mount, ‘the salt of the earth’. It is said there that is the salt loses its saltiness, it is good for nothing.

This implies salt is an essential matter, something that has to be kept pure, unstained by sin and darkness. The phrase itself is used to describe someone who is decent and something sufficiently good.

Dreams about salt carry many symbolic meanings. It all depends on how did you dream about it and what emotions did the dream provoke. Seeing salt in dreams symbolizes new beginnings, rebirth, renewal and purification.

If you have seen salt in any form in your dream, it could be a good sign that says you will soon step into a completely new chapter of your life and feel refreshed and energized.

Salt in a dream also represents good health and vitality. In addition, it represents essentiality of simple things. All that we actually need is simple and natural. Seeing salt in dreams possibly refers to seeing things as they are in your waking life.

You will be able to see through all the veils and start to appreciate the pure essence of the life itself. This dream brings revelation, contemplation, harmony and the peace of mind.

If you dream about seasoning your food with salt, it could mean two things. Either you are greedy and lustful or you need certain excitement in life. This dream could mean you are never satisfied with what you have, so you tend to overdo things.

This interpretation especially refers to dreams about adding too much salt in a meal, which actually spoils the taste and makes you feel sick. Try to be more observant and start valuing things you have.

This dream could also mean you are bored with your life so you need something new to add.

Adding salt to a meal is a metaphor for refreshment in life. You have basics and your life is generally good, but you dream of something more. Eating salt without any food means you have a desperate need to cleanse yourself from the inside, physically, emotionally and mentally.

If you dream about spilling salt around deliberately, it symbolizes cautiousness. You are not a type of person who will risk thing in life and you want to make sure you always have something to return too. You love routine and you are not excited by risky plans and ideas.

This dream could reflect your deep concerns about being that way; maybe you start suspecting that stops you from progress and development.

On the other hand, if you have accidently spilt some salt in your dream, it means something unexpected will soon happen and it could be either good or bad for you.

However, since you are the one who likes always to play it safe, you will not be happy about it, even if it is positive. Spilling salt accidentally could symbolizes losing something at the cost of gaining something new.

Dreams about saltern are fairly rare, but they possess powerful spiritual meanings. If you have found yourself in a saltern in your dream, it symbolizes you are on the verge of a great change.

Something will happen and your world would be turned upside down. It does not mean it would be something negative, but it will be something that will definitely shake you. You will have to adjust to completely new circumstances and you do not like the idea.

Dreams about being in saltern could reflect your concerns and fears about starting something new. Maybe you had great plans and ideas, but now the possibility of change actually scares you to death.

This dream reminds you the time has come for refreshment and ultimate purification. You should not be scared; anxious, of course, but try to think of it as new and bright opportunities.

Dreams about pouring salt on the wound

This is a common idiom used metaphorically to describe a situation in which something that is already bad gets even worse. If you dream about the actual process of pouring salt on the wound, it means you will be hurt by someone close to you.

It could also mean you have said or done something rude and bad and now you cannot avoid consequences.

Dreams such as this could be really uncomfortable and could reflect unresolved conflicts.

This dream could also reflect your frustrations about your current situation. Everything you have been doing recently turns out wrong, everything is going downhill and you feel as if there is nothing to do to stop it from falling apart.