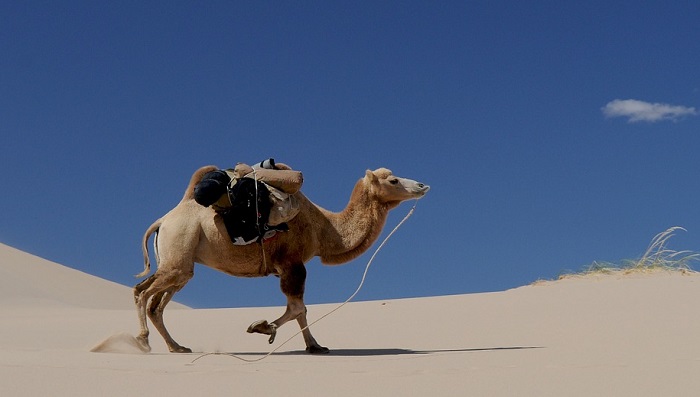 Many refer to camels as ‘desert ships’! Well, there is a truth in it. These incredible animals are capable of roaming the desert without any food or water, for incredibly long time.

Camels are known to be some of the toughest species on earth. Their bodies are especially designed to survive harsh desert climate. They could endure temperatures extremes, as well as lack of fluid and food.

People have been appreciated these wonderful living creatures since far past. No strange, camels are incredible spirit animals.

Camel symbolism is homogenous and quite positive. We humans admire their incredible physiological traits; we are astounded by their persistence, strength and stamina.

Most of us would be grateful to have at least a tiny piece of camels’ amazing natural capabilities.

Camels live in Africa and Asia and they are all members of the family of Camelidae. Camelids are fascinating creatures that have been domesticated a long time ago and worshiped by different cultures.

While camels’ related beliefs and saying originate from traditions and cultures familiar with these animals in practice, camels’ symbolism is the same all over the world. Even those who have never seen an actual, living camel know this animals stands for incredible strength and stamina.

Those who live in other parts of the world will usually think of African camels, speaking of these animals’ symbolic meanings. However, Asian camels are also highly appreciated and respected creatures.

Camels are exotic, inspiring animals. The most widely known are two subspecies. These are Arabian dromedary and Asian Bactrian camel.

The first one is much lighter and it has only one hump on its back. The latter is a massive, furry animal with two humps. Dromedaries are native to African desert habitat, while Bactrian camels inhabit vast steppes of central Asia.

Both creatures are essential to cultures and traditions in these lands and are valued and admired. 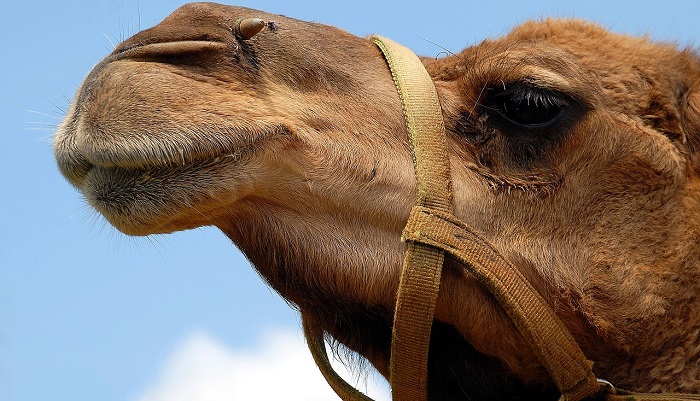 Camels are precious to Arabic cultures, to people living in desert environment.  These animals are a common motif in Arabic folklore; they are featured in tales, art and many beliefs. Since far far past, camels have been living with people.

They were domesticated on Arabian Peninsula and in Somalia.

People in these lands are used to travel across vast desert spaces. They are in need for help; we, humans, are not that tough to survive on our own. We need help from our animal friends.

To people in desert areas of Africa, camels are very important. These animals help those people on their long travels across the land.

In Qatar, camel is the national animal. This country is especially proud of its camels. Camels symbolize royalty, prosperity, wealth and fortune.

You are probably familiar with the material aspect of camels’ value; people would exchange camels for other goods, just as money is used. The number of camels they possess often measures a persons’ wealth in Arabic cultures.

Asian camel is also highly praised in lands where it lives. This majestic double-hump animal is associated with one of the most powerful mythical creature in Asian traditions, the dragon.

In booth Iranian and Chinese folklore, camels are identified with this amazing mythological creature. This association makes it clear that people from these lands have a great respect and admiration for camels.

Camels are also positive symbols in Christian tradition, where they stand for modesty and honor.

These animals are associated with several major ideas, of which the most important concepts are journey, stamina and modesty.

Camels represent travel, exploration and journey, both in ‘real’ sense and metaphorically.

In that sense, camels are considered an incredibly positive symbol, standing for journey that eventually leads us to relief and revelation.

If you search long enough, you will find it, many people say and this common and popular saying is highly applicable in all of our lives. Just as camels travels for miles over barren desert vastness, in search for an oasis.

They are everything opposite of fear and complaining. Camels represent that needed patience we have to have in order to achieve great things. Sometimes life is hard and tough, but, at some distant corner of the desert, there is a pond of fresh, drinking water.

Many times, it will be a desert optic illusion, but we should never give up. That is the idea, which camels symbolically embody.

The last, but not the least important, camels represent modesty. As you know, camels are not demanding creatures and they are naturally equipped with body and physical capabilities to survive on extremely poor resources.

They embody the idea of survival, perseverance and energy used in the best way. They do not waste energy; they use it to survive and find new sources of energy.

Camel totem is a steady and patient one. This totem animal could teach you many great things about life. Camel people are of a calm nature, individuals that are not easily irritated, annoyed or manipulated.

They have their goals and they do not like to waste time away.

On the other hand, they are balanced and peaceful and they never rush into things. Camel people are intelligent and quiet. They are modest and they value the essentiality of life.

These individuals are supportive of their friends and family, but they are not as talkative as some others are. Sometimes they seem indifferent and insensitive, but it is a natural mode in which they act.

They do not like drama and they keep to themselves most of the time.

However, they are not selfish and envious of others. The thing is, Camel people are satisfied with what they have. Perhaps they lack ambition, compared to other people, but they are okay with that.

Camel people could be very independent and self-reliant. They would rarely ask others for help, but they would never hesitate helping others.

However, it is better to ask them for help, which we will gladly give, than to wait for them to offer it.

Camel people are usually responsible, trustful and well organized. They like to plan far and they usually stick to their path.

Disturbances could shake them a bit, but, generally, these individuals are both mentally and emotionally adaptable. They are definitely ones of the most stable, steady and reliable individuals.