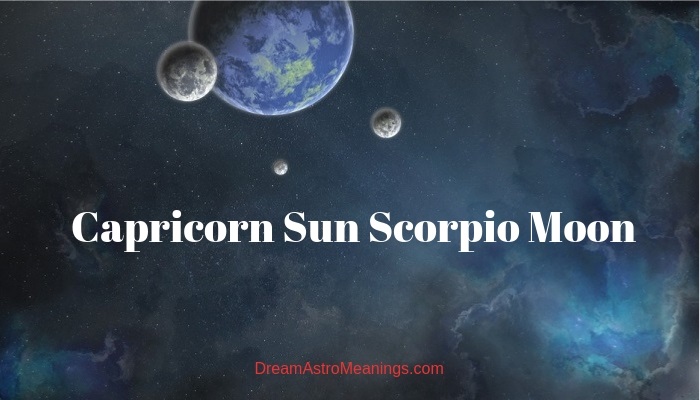 A long time ago, an astrologer stood before his king, telling him about troubles and fortunes that are coming the king’s way, providing details about his life and personality, possibly wrapped in a royal paper so to sound more ‘kingly’. The king listened; the stars do not lie.

Today, astrology is perhaps less romantic than that, but it is still being practiced. And yes, the stars do not lie.

However, everything that has to do with abstract ideas is a bit tricky. In this age of reason, science and technology, we are distanced from spirituality and magic, if you wish.

Moreover, many consider astrology and similar alternative paths amusing, but unreliable and not ‘real’. Well, astrology is old and it has survived all these centuries.

There has to be something in it. Stars and planets affect life on Earth; some of them less, the other more.

Think about the Sun and the Moon, for example. However, we do not know how they affect individual people.

Astrology claims they have to do not only with the life of our planet, but also with our personalities and individual destinies. Everything is written in the stars, astrology says.

Whether you believe in it or not, planets play a role in our lives. Let us think of them in astrological terms; precisely, in terms of Western astrology.

This astrological approach takes the Solar system as its base. In it, the Sun is the central place.

Your birth chart is something like an identification card. It is unique, although it features the same elements just as any other birth chart. There are planets, houses, signs, aspects and else. Each birth chart is based upon a person’s birth time, date and place.

The central point is the Sun and the sign it marks. The Sun is very important, because it defines your personality.

They Sun is also a masculine principle and associated with the element of Fire. It represents figures of authority and the figure of a father.

The place it matches in your birth chart is the area of life that would allow you to use your potentials to the maximum. It will challenge you, in order to help you achieve your best.

The Sun sign represents your attitude towards life, the way you use your creative energy and your qualities. It is affected by other elements found in your chart.

The Sun sign determines you as a person; it is about everything you are aware about yourself and all that others most likely see or think about you.

The Sun sign defines the way you perceive things on a conscious level.

Capricorns have their own attitude towards life. It is not that all Capricorns are the same, for it is impossible, but they all share certain Capricorn traits and qualities.

Capricorn is serious, responsible, conventional, tough, persistent and courageous. Capricorn is very cold, when it comes to emotional response. These people trust their reason before their heart.

They are tense, in need of control and organization. They are good at it; it is the best if a Capricorn was his or hers own boss. They do well leading others.

They are honest, moral, just and inconvincible. Capricorns are generally not very flexible, having in mind that they would rather change the situation, even forcefully, so that it fits their needs, rather than change themselves.

They respect authorities and social norms, in general. They are very traditional, so that comes naturally. Capricorns are dutiful and hardworking.

They are ambitious and they see their goals clearly, like a Sunny mountain peak far above their heads.

There is a cold and troublesome mountain road to climb and Capricorns are ready to do it.

They are not afraid of failure and they do not give up easily. They might appear pessimistic, because they do not smile a lot.

However, having a goal and not giving up is definitely not a negative attitude.

The Moon represents the other side of one’s personality, the background of your Sun sign. It is about sub consciousness and intuition.

There is a guiding voice within your soul and the Moon affects it.

The Moon feeds your imagination, your dreams and your spiritual self. Above everything else, it affects your emotional self, making you an emotional being.

Emotions are inevitable part of each of one of us’ personality. Your Sun signs would never develop without your Moon sign. There is no real success if it is not felt.

They Moon not only makes you empathic, compassionate or moody and sensitive, but also makes you feel all the good and the bad things that you experience consciously.

The Moon is a subtle voice that guides you through life. Its nature is changeable and the Moon in bad aspects makes us moody, irritable or our emotional energy is blocked and inhibited.

In good aspects, it flows freely and makes emotionally grow and mature.

Our Moon sign defines our emotional nature. The field it matches is the area of life that makes us the most vulnerable, but also emotionally complete.

A dramatic and mysterious one, the Moon in Scorpio it is. Scorpio is known as one of the most emotional and passionate signs in the entire Zodiac.

The Moon in Scorpio is like a cave full of emotions.

The one with velvet darkness, with sparkling traces of crystals in it. No one knows what a Moon Scorpio feels for real. This personality is emotionally complex.

The Moon in Scorpio indicates a person who is guided by intuition. These people see through others intentions very well; they cannot be tricked or manipulated.

Moon Scorpios feel the world around deeply, although one can rarely see it on the outside.

They are extreme; either euphoric or depressive. Moon Scorpios tend to be fatalistic and idealistic.

They are brave and very independent, although they tend to act childishly in their private life. They would offer their bare soul on a plate to someone they deem worthy of it. They would never regret it.

Scorpios are mostly hurt by betrayal and dishonesty. They themselves would never turn their back on someone without explanation.

Moon Scorpios tend to overreact to minor inconveniences, while they keep quiet about major ones and try to resolve their inner conflict about it in person.

They are simply magnetic to others, because they always act mysteriously. They might appear very dark and distant, but be sure there is a volcano of emotions inside.

When they love, they do it fatally. They do not hate, they despise.

This is a complicated personality, full of contrasts. Cold, emotionally restricted Capricorn fight the emotional, passionate Scorpio all the time.

The earth needs water, however, so a person could take an advantage out of this duality, but it requires patience and working on getting to know yourself better.

This combination makes them passionate Capricorns.

Capricorn Sun Scorpio Moon would never stand against their own ideals, principles and rules.

They could be very ambitious and determined. They are responsible, serious, true to their causes and devoted.

However, it has to be something they are passionate about; a Capricorn Sun Scorpio Moon would never agree to do something only because it is expected or if it is profitable or else. He or she must feel it.

These people are extremely loyal and faithful. If you have a Capricorn Sun Scorpio Moon by your side, be sure you can trust your life with him or her. They would never even think of betrayal.

If you come into a disagreement that difficult to get over, they would tell you straightforward. They are perfectly capable of keeping cool head in critical situations.

These people are self confident and serious when it comes to making big decisions. They wound never make it, unless they are sure it is the right thing to do.

They are affectionate and passionate people.

They are selective, but they invest the whole of themselves it a cause, a relationship or else. They defend their principles with arguments and reason, but with inspiring passion.

They could become domineering, even aggressive or, more likely, passive aggressive. With bad aspects, they easily turn into a manipulative personality.

Capricorn Sun Scorpio Moon could be extremely stubborn, because they would see it a weakness to give up an opinion, even if they themselves realize there is another more appropriate way of thinking.

Capricorn Sun Scorpio Moon is a traditional passionate kind of a lover.

They are always in doubt if they made a good choice; the love area is the field of life they tend to re-question themselves over and over again.

Their heart tells them to surrender to the flame of love, to their desire, especially the physical element of romantic love.

Their strict Capricorn, however, suggests the marriage and family are the only real goal, not simply pleasure.

They would make compromise between what their inborn traditional logic tells and what their passionate heart suggests, so their perfect partner has to be someone patient and ready to work hard to win them over.

They need time fully to commit, even if they decide on a marriage or a relationship.

They need someone who understands their principles, who is reliable, stable and definitely the one who can fulfill their appetites.

Capricorn Sun Scorpio Moon is a dualistic personality, marked by an inner conflict between reason and emotions.

However, it could become an advantage, although it takes a lot of time and dedication to achieve balance. It is a long road, but worth of every effort.