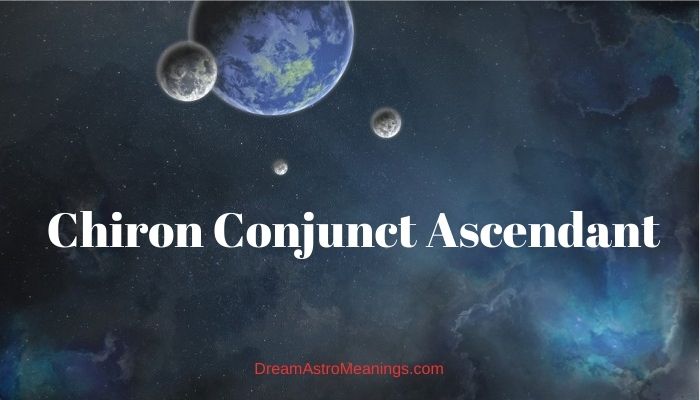 Chiron is the illegitimate son of the Olympian god Saturn. Rejected by his parents, Chiron was drawn to people and human activities – art, sports, healing, various crafts. He was so successful in the sciences that he soon began to teach others himself.

Apollo himself entrusted Chiron to raise his son. Later, Aesculapius became the god of medicine and learned from Chiron to resurrect people.

Accordingly, astrologers see in Chiron an indicator of the ability to teach and heal. Including the souls of people (psychotherapy).

Chiron became an educator, mentor for future Greek heroes. It was he who taught Hercules to fight, Orpheus to sing, and the traveler Jason to use the globe.

In fact, Chiron became the first astrologer, dividing the zodiac belt according to constellations.

Chiron taught both the Dioscuri brothers, ascended to heaven as the constellation Gemini, and the hero of the Trojan War, Achilles.

Chiron, as the celestial body of the solar system, was discovered in 1977. Astronomers have doubted: is it an asteroid? The orbit is very unusual. Yes, and does not pass in the asteroid belt. A – Separately, between Saturn and Uranus.

Later, Chiron was found to have cometary characteristics – a nucleus and a tail, and was considered a comet.

But the object did not seem to allow itself to be accurately classified. He behaved ambiguously.

The period of revolution around the Sun was also unusual. He does not have a certain constant number. On average 49 years old.

Astrologers were also divided. Some were cautious, not counting Chiron as a planet. Others attached great importance to it and began to take it into account in natal charts.

But the name of the object was accurate. Chiron is a mythological centaur, a half-horse is a half-man. Two halves of different worlds, united into one amazing creature. Two in one. A strange creation of the Creator…

Astrological symbolism of the planets stems from their astronomical position. Chiron runs on the border between the classical planets of antiquity and the higher, invisible (Uranus, Neptune, and Pluto). Hence the image of Chiron is a “connecting link”.

Like a cosmic messenger, Chiron rotates between the world of lower and higher creatures, between gods and mortals. Between rational and irrational consciousness. Hence his principles.

Duality, adaptability, mediation. More often Chiron is realized in horoscopes on the simplest, material plane. And rarely on the spiritual. Here are some examples of the material action of Chiron, depending on the position in the natal chart.

Duality and cunning are second nature to him. In appearance, there is a certain absurdity. For example, huge growth and short legs. Small head and arms of a blacksmith. Different eye colors, two different profiles, wearing a wig, plastic surgery. Or – a young face, a girlish blush and the flabby body of an old woman…

Instability of location. Frequent changes of apartment, house or the presence of two apartments in different places. Often confused relationships with parents; or having his own parents, a person also acquires adoptive ones.

Confusion Factor in Marriage. When Chiron is damaged – a tendency to have a harem (men) or a retinue of fans (women). Often – bigamy, two husbands. A divorce is possible, then marriage with a former partner, again a divorce … Eternal compromises, cunning, resourcefulness. The partner is the two-faced Janus.

People who know the position of their Chiron in the horoscope try to use its principles for their own benefit.

For example, if Chiron ended up in the 8th house of the natal chart (“other people’s money”). The task here is to confuse your sponsor or the bank, to knock the sponsors head-on so that after their quarrel the debt will not be returned.

Like other planets, Chiron manifests itself in special positions in the horoscope. For example, if it is near the axes, powerfully aspected, or in conjunction with the luminaries, the Nodes of the Moon. The underlined Chiron highlighted in the card gives a person a multifaceted perception.

Strong Chiron is noted among people of art, especially among actors of theater and cinema (the ability to reincarnate). And, of course, with the agents of the secret services, forced to live a double life for many years.

The same can be true for scientists who know about the existence of another world, invisible but assumed. These are occultists and philosophers who know the opposites (good and evil, high and low), looking for a “golden mean”.

Chiron also contributes to such professions that are associated with jurisprudence (lawyers, judges) and the diplomatic service (ambassadors, consuls)

Chiron’s ability to play a double game can be used negatively. This is the weaving of intrigues, playing off rivals in the hope of their own benefit. You can be a provocateur, a double traitor.

But you can become a peacemaker by uniting and reconciling warring parties. After all, Chiron’s task is to build bridges.

Developing Chiron, a person paves his way to wisdom, understanding the events that are taking place, as well as those around them and their actions. He, as it were, connects his spiritual world with material aspirations, finds a balance.

However, the planet also rewards with windiness, uncertainty, eternal rushing from one to another. A person either strives for the high, then falls to carnal pleasures and so on throughout his life, until the planet is sufficiently developed.

Chiron is stronger than other planets of the cosmogram associated with material benefits, therefore, the strong position of the planet fully rewards its owner with good luck, the ability to earn and invest their funds.

Although often such people are characterized by dishonest methods of earning money, participation in various frauds, scams.

If a person, carried away by his luck under the auspices of Chiron, begins to focus exclusively on the material components of life, then the planet quickly puts him in his place, leaving him without luck and luck.

However, Chiron himself is not associated with difficulties, hardships or setbacks. He does not inflict blows on the sly, only rewards everyone according to his merits. He does not take away what has been earned, does not deprive him of his livelihood.

In the lowest manifestation – killer doctors, jewelers, robbing clients, fraudsters. To work out Chiron, you need to improve speech literacy, trust your intuition, and expand the range of extrasensory abilities.

The karmic tasks of the native directly depend on the elements of the 1st house, where the planet falls: Fire – control over emotional energy and aggressiveness, control of psychic metamorphoses, constant change of views and social circle.

Air – to understand the meaning of disturbing thoughts, to accept the duality of the world, the unity of good and evil. Live striving for lofty goals and public recognition; Earth – to put mental chaos in order, to give up boring, greed, self-interest, to develop healing abilities and communication with the cosmos.

Water – to study psychology in order to manage emotional outbursts and insights of consciousness, to open new energy channels, to be a spiritual teacher. The goal of the native is to maintain a balance of negative and positive qualities.

Trine Chiron in the 1st house with Mars enhances energy, inspires the creation of works of art that ennoble souls and minds, and gives success in sports. Trine with Venus or the Moon multiplies the intuitive gift: telepathy, empathy, clairvoyance.

The Indian school did not recognize him, but Western astrologers are respected for clear explanations of paradoxical and ambiguous situations in the life of a native.

Chiron was the name of the wise centaur who raised the great heroes of antiquity – Theseus, Achilles, Hercules, who taught through parables to find answers within the subconscious.

Sometimes, in order to defeat a powerful enemy, you have to accept defeat and then you will see a way out – this is the essence of the teaching influence. The planet, discovered by Czech astronomer Charles Koval in 1977, is still considered an asteroid comet, arguing over its properties.

Astrologers call Chiron a symbol of fair balance, which must be developed in the area of ​​the house where it stands. A mysterious asteroid helps to break the deadlock by creating a mirror maze of the native’s previous actions, puts him in ridiculous and ridiculous situations, devaluing unnecessary experiences.

Harmonious Chiron maintains a balance between animal instincts and the higher mind, helping to enjoy bodily and material pleasures, to develop spiritually. Struck – creates a bias depending on the personal development of a person.

The behavior and appearance of a native differs from the environment in terms of outer style and inner convictions.

Sometimes Chiron in the 1st house makes the ward different from the parents, which perplexes loved ones, but sometimes the differences cannot be identified – a person of a different plan, a high flight in a family of marginal, or an inveterate materialist in a priest’s house.

It is possible to live in different families if the parents’ divorce. The duality of Chiron is expressed in: the duality of judgments – often change their minds, ardently defending opposing points of view; variability of appearance – they easily get fat or lose weight, radically change their appearance, leaving no connection with the previous style.

Adaptability – like a chameleon, they adapt to the behavior of different social circles, imitating and passing for their own; combining opposites – both in personal character (capable of nobility and meanness) and in communication.

Diplomacy without shades of morality – flatterers and ladies’ men, for the sake of profit, they will pick up a key to any interlocutor; versatility of antagonistic talents – a physicist with the gift of a poet, a technician who grows roses, an actress – an inventor of new technologies.

The karmic task is to positively perceive the sharp turns of fate, using stressful events to improve the soul, and various talents for the good of people. Chiron in the 1st house shows the position of the native on the scale of personal evolution and the direction of self-development:

Affected – several unprocessed generic programs, rejection of the lower principle and the desire to immediately fly up, but with the slightest failure, a person finds himself alone with inner imperfection and the need to accept the dark side of consciousness.

Harmonious – a successful understanding of shortcomings and sympathies for the lower astral and combining them with the spiritual quest of the higher “I”.

Centaur Chiron was a famous healer of antiquity, and the gift of an asteroid is an intuitive understanding of occult healing with herbs, needles, energy practices. Unaspected – the native does not strive to develop the soul, but also does not slide down the evolutionary ladder.

The native with Chiron in the 1st house is cramped and bored within the framework of social conventions. He deliberately provokes confrontation, in search of other forms of self-expression, shocking those around him with the talent of reincarnation.

His presence alone can change the policy of the company or the topics of discussion in the company: from a primitive household to a highly spiritual one.

Strong and weak position unusual incidents, shocks of consciousness accompany the owner of the mysterious asteroid all his life.