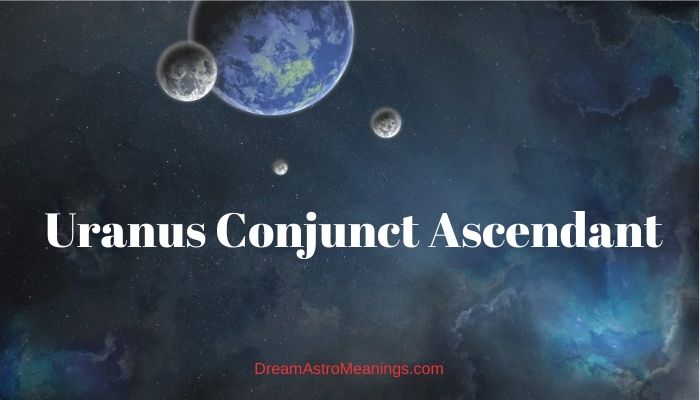 Uranus is the most interesting planetary symbol of modern astrology. He heralds the age of technology, shows the future, revolutionary, reformist.

In the horoscope, the aspects of Uranus with the personal planets indicate what his experiences are connected with, what worries and excites him, in which unusualness or even rebelliousness may appear.

Uranus is the planet of inventors and discoverers, discovered in 1781 by Herschel and for a long time called after him.

For 50 years there has been a turning point in the worldview and government systems, which is attributed to him. Its external material impact is directed to technology, physics, especially nuclear, cybernetics, electronics and astronautics.

Psychologically, it increases intuition, and also, with a strong position, gives the ability in the field of psychology, in applied science of man and psychosomatics – the study of mental influences on the body.

The action of Uranus unexpected, unpredictable, leads to fractures, changes, restructuring in the profession and social relations, and the existing stability breaks down, and something completely new begins.

The culmination point of Uranus falls on the 21st year of life, then on 41-43, during these years a decisive turn takes place. Obsolete conditions are eliminated in a radical way.

Uranus means the desire for knowledge (at a low level, just curiosity), for spiritual receptivity, but also for mental irritation.

Horoscopes with the predominant influence of Uranus speak of apostasy, individualism, original aspirations and views.

Very much persistence, no interference in their affairs, no guardianship, which is passionately rejected. A penchant for reform.

Uranus, the planet of unpredictability and inconstancy, can bring confusion and bustle to life, but at the same time, liveliness, eccentricity, love of freedom, the desire for extraordinary people and an unusual way of life.

For Uranus, Aquarius is most typical, whose role in the horoscope increases if the sign is filled with planets and / or the Ascendant.

A spiritual breakthrough to knowledge, overcoming matter, the development of unexplored mental abilities. This is the planet of astrologers (aspect of Mercury to Uranus), as well as psychologists and neuropsychiatrist. Uranium is related to electricity, high-frequency technology, radar technology, and electronics.

Urania types do not adhere to generally accepted rules of behavior, very eccentric manners and inclinations, they despise instructions or prohibitions, do not obey anyone.

In love and marriage, they have peculiar views, they love personal freedom, free relationships in love. For Aquarius, the best form of connection is friendship. If the Uranian type is underdeveloped, it becomes a renegade, disturbing himself and the world around him.

Then their position at work and in life is fickle, accompanied by endless changes. Uranium in politics is a revolution, anxiety, weather crises, and catastrophes. Uranus has a special relationship to motors, motorization, and motoring.

Aspects of Uranus in the horoscope affect the individual only if they are formed with personality planets, that is, the Sun, Moon, Mercury, Venus or Mars. Trine revives the energy of the second planet, and the tense aspect can weaken it.

Home is a decisive factor in determining the field of activity in which the energy of Uranus will manifest itself most clearly. The movement of Uranus, as well as Neptune and Pluto, in relation to your horoscope will be very slow, so the aspects will remain relevant for a long time.

This happens about once every 17J year. The last time such a conjunction happened in 1994, so that children born under this conjunction will go by leaps and bounds in mental and spiritual development. It is they who will propel the light of computer technology into the future.

They will undoubtedly have an impact on the twenty-first century. The person who creates the original chaos. This is a kind of art. Not everyone can even notice that this chaos was created on purpose.

Where no one understands anything, he sees clearly, and this gives him the opportunity awn to get their way, while everyone is rushing about like headless hens. But as soon as the fog dissipates, he turns out to be a mere mortal. So it is better for him not to leave the uncertainty, although it can be dangerous for him.

Insights do not happen as often as we would like, and while you are waiting for a miracle, someone may accidentally knock you down, running in search of a way out. But sitting in the semi-darkness by candlelight is good for him. So that happiness gets used to finding it in any twilight.

Uranus is a planet of changes, eccentricity, unexpected innovative trends, falling into the 1st house of the natal chart, which is responsible for appearance, demeanor and self-awareness in the world around it, creates a bright and unusual personality.

The cycle of travel of Uranus to the native’s homes is 84 years, but being in the first one, he will motivate his ward for revolutionary actions all his life with a desire to change reality and his own appearance.

As a symbol of the highest heavenly gifts, Uranus endows with a strong intuition on the verge of extrasensory abilities, ingenuity, impartial insight, freed from morality and public opinion.

The success of a person with strong Uranus in the 1st house will always be associated with resistance to the established rules, the struggle with dogmas, which can make him a brilliant inventor, designer, artist, but the affected planet creates ruthless leaders of military coups and dictators-tyrants.

The positive aspects of Uranus give the native bright talents that were not previously on Earth. A native with Uranus in the 1st house will stand out from the crowd even outwardly – the position of the planet gives an unusual element in appearance.

This can be a different eye color and an unusual shade of hair (in combination with Pluto – bright red), too tall or disproportionately long legs. Several negative aspects can manifest in a physical defect at birth, such as a birthmark on the face.

The main drawback, even with a strong position of Uranus, is the inability to live in the present moment, constant mental stay in a wonderful future.

The defining moment in the formation of the personality is the protest against the upbringing of children: the Uranians strive to live contrary to the rules that their parents instill in them. Such a teenager cannot be forced to do something without his desire.

The study proceeds through the choice of a profession and hobbies related to the sphere of influence of Uranus – astronomy, astronautics, computer science, the Internet, quantum physics. When defeated, they become freaks or eccentric bicycle inventors, protesting against any habitual way of doing things in spite of themselves, even to their own detriment.

The best location of Uranus in the zodiac is the sign of Aquarius, corresponding to it with free thought and originality of self-expression.

For a person with such a position, the road will be open for professional growth and the embodiment of their fantasies, especially in the presence of a strong position of Jupiter. The exaltation of Uranus occurs in the sign of Scorpio with his gift to burn and be reborn from the ashes, transforming into a stronger personality.

This gives artistic ability, the ability to resist the opponents of the new and go towards the goal, but also endows with the desire to endlessly wander and change partners, especially if Scorpio is in the 7th or 4th house.

The weak position of Uranus is in Leo, where his radicalism enters into opposition with the lion’s egoism and imperiousness. Earthly aspirations and the practicality of the constellation Leo suppress uranian illusions and the thirst for freedom.

The heavenly patron of the originals is also not comfortable in the signs of Taurus and Virgo, their pragmatism and earthiness do not go well with his rapid search for new forms and contents. A native with a weak position of the planet has difficulty adapting to changes, does not like moving and does not have a rich imagination.

Relationships are built on mutual interest in new trends that are reshaping the social worldview. They actively defend and support them if old worldviews hinder their constructive activity.

However, going too far in matters of reform, they can simply lose the perspective of the very idea for which everything was started.

This aspect is characterized in approximately the same way as Uranus – the Ascending Node, with the difference that the partners are more critical of the assessment of reformist trends.

The “Uranian” personality stimulates the other in terms of its becoming more independent in relation to generally accepted worldviews. The personality of “Knot” inspires “Uranianskaya” to be more principled in this regard.

Uranus sextile with the Ascending Node in synastry Relationships are formed between individuals, based on the desire of the parties to delve deeper into existing modern worldviews.

The “Uranian” personality gladly accepts any innovations and reforms in the sphere of social outlook, if they support the desire of a person for free thought, and sharply criticizes all inclinations to conformism. She inspires the personality of the “Knot” to develop her own point of view independently, without referring to social opinion and worldview.

The personality of the “Knot” helps the “Uranian” most painlessly implement their original ideas and projects in practice.

The relationship between people can be characterized as Uranus – the Ascending Node, with the only difference that partners are always critical of the assessment of any novelty and reform activities and try to distance themselves from everything that may harm their authority and hinder implementation the intended goals.

It is understood that it is extremely difficult for these people to cooperate in conditions of social activity.

Uranus in trine with the Ascending Node in synastry Relationships are formed between individuals based on the desire of the parties to delve deeper into the existing modern worldviews.

The “Uranian” personality gladly accepts any innovations and reforms in the sphere of social outlook, if they support the desire of a person for free thought, and sharply criticizes all inclinations to conformism.

The relationship between people can be characterized as Uranus – the Ascending Node, with the only difference that partners are always critical of evaluating any novelty and reformatory activities and try to distance themselves from anything that may harm their authority and interfere with their implementation the intended goals.