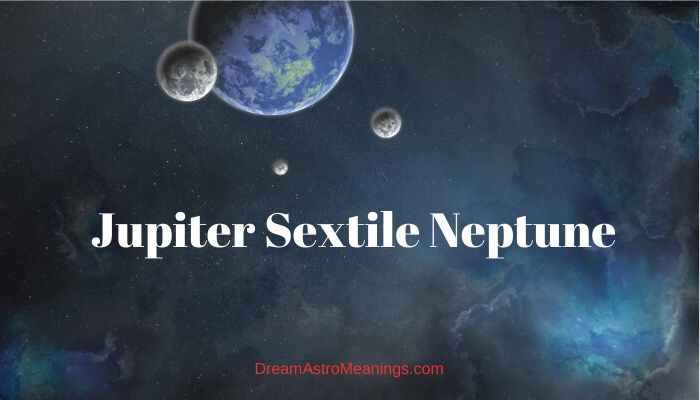 The amazing universe never stops surprising us. There are still so many things we do not know about it; especially thing about the most intriguing subject to humankind. It is the question of our own place within this cosmos and our relations to it.

Since ancient days of human civilization, scholars, mystics, spiritualists, prophets, artists, philosophers, well, all those who dwell upon questions of ineffability of our world have been searching for answers.

Astrology is a very old discipline that studies the way cosmic energies affect our lives. It is a complex field of study that analyzes planetary movement in detail and searches for connections between planets out there and human lives.

Astrology claims our destiny is written upon the heavenly vault. In a way, it is. It has long been known that other planets definitely affect the life on earth.

What could it say about individual human lives, the uniqueness of each character and personality and the magnificent diversity of our life paths? There are not two same persons in this world.

According to astrology, planetary positions at the time of our birth determine, for one part, what our lives are going to be. It would be better to say, what our lives might be.

Astrological natal charts do not provide information that make a rule, a law of one’s destiny.

It is true that what stars say is unchangeable in its core, just as you cannot remove the planets from their places!

However, what this distribution of planets says is what potentials you have. Everything else is up to us.

Natal charts are the first step into understanding how planetary movements and positions affect our lives as individuals and our relations to other people. Astrology could compare charts and see how compatible some people are.

There are many amazing parts of astrology that could help us better understand human nature.

One of the most important elements of an astrological interpretation are planetary aspects. Planetary aspects are angles planets in a chart form amongst themselves.

In each one, aspects play the key role and explain specific characteristics, either of an internal complex of an individual or a relationship, the complexity of more individuals’ connection.

The oldest and the most influential works on astrology is that of Claudius Ptolemy, from the second century AD. Modern astrology is based upon this work.

Amongst other things, this work explains five major astrological aspects, the conjunction, the opposition, the trine, the sextile and the square.

Throughout its long development, astrology has evolved and modern astrology also includes several minor aspects. However, the major ones are still the most important to discuss.

According to traditional views, aspects are divided into favorable and unfavorable ones, although one could hardly say things in astrology were so simple. This black and white perspective is not applicable in astrology, just it is hardly applicable in life as a whole.

However, we could say certain aspects are definitely more challenging than others are. Each one has its own purpose.

Heavy aspects are squares and oppositions, while sextiles and trines are considered good.

The former ones make the energy between planets tense and difficult to flow, while the latter allow free energy flow.

The conjunction could be both, depending on planets that make the aspect; it is considered the strongest aspect in astrology, since planets involved are very close to one another.

Jupiter or Zeus was the supreme god in Roam and Greek pantheons. In fear of the prophecy that said he was going to be overthrown by his children, the titan Saturn (Cronus) devoured them.

However, little Jupiter was saved by his mother and, once he grew up, he fulfilled the dreadful prophecy and defeated his terrifying father.

Jupiter and his brothers, Neptune (Poseidon) and Pluto (Hades) divided the rule over the world.

Jupiter ruled all heaven and earth and he was the head of the gods. He was the deity of thunders and lightning, of wisdom, justice, of laws and of fortune. Jupiter is the planet of expansion, in contrast to limiting Saturn.

The planet Jupiter is the largest in our solar system, positioned between the fiery, aggressive mars and cold, calculated, restrictive Saturn.

Jupiter thus represents balance; it sooths fierce energy of Mars and that of the bringer of suffering, Saturn. Jupiter, the beneficial planet relates the balance between these two malefic planets, in astrological terms.

Jupiter is the planet of protection, of high knowledge, of benevolence. It is generally considered a positive planet that brings good fortune, abundance, and wealth.

However, some say Jupiter could be very mean planet, although this opinion is rarely mentioned. It could, but only if it finds itself in such circumstances that its generally positive energy was distorted.

It happens if it Jupiter is positioned within a particularly unpleasing astrological house, a zodiac sign that makes it feel negative and any specific circumstance that could damage it.

If odds were that bad, Jupiter could cause things that are in contrast in its originally benevolent and fortunate nature. However, it would greatly depend on a particular astrological chart.

Taken alone, Jupiter is a planet that supports expansion, justice, benevolence and good vibrations amongst people. It represents religion, faith, usually in traditional terms. Morality and responsibility are also in its domain.

Neptune is a mysterious fellow. A distant transcendental planet, Neptune sometimes seems as if its influence is too mild to be taken into account. However, its influence is difficult to figure out.

Associated with ancient god of the sea, Roman Neptune or Greek Poseidon, Neptune as an astrological planet mostly reflects this deity’s unpredictable nature and mysteries of the water as an element.

Neptune floats in the realm of fantastical, spiritual, highly imaginative, and intuitive. It does not know boundaries between reality and dreams; it is dreamy, extremely creative, and inspirational.

Neptune is known as the planet of illusion, deception and trickery, precisely because of its elusive nature.

This strange planet cannot be easily described, so most astrologers would say its influence is characteristic.

Too much of Neptune’s energy could be difficult to handle, it could act like a poison, but just enough of it is beneficial, healing, beautifully creative and inspirational. Neptune rules the most mystical zodiac sign, that of the dreamy Pisces.

Sextile aspect is one of the favorable aspects. Its nature is very similar to that of the trine, but with sextile one needs to try harder.

It is the 60 degrees angle planets form amongst themselves. If you have planets in the sextile aspect, it means their energies could communicate very well.

There are no obstructions, no obstacles between them, but one has to out some effort into making use of this amazing free flow energy.

The sextile is beneficial aspect in natal chart, as well as in synastry or a composite chart.

Jupiter sextile Neptune connection would have to do with spirituality, religious views, with beliefs, belief systems, with opening the perception.

While main focuses could be shared in terms of such interests, these two planets are very different in nature. Jupiter, the optimistic builder would seek to develop and create systems, to establish them.

Neptune, there dreamy idealist would dissolve everything; it does not need established systems in order to believe.

Now, Jupiter and Neptune could get along pretty well, but it could happen that you constantly feel as if missing something, as if you have had the whole philosophy at the tip of your tongue and then it just disappears, as if it was a drop in the ocean.

It could make one confused, but rarely does it cause some serious frustrations. It makes you wonder about things even more.

These people are usually not rigid in their opinions and convictions, though they are guided by the idea of doing what they truly believe it was a right thing to do. Their ideas are noble, they are empathic and they are generous individuals.

People with such an aspect are very open-minded and they believe in this world; they believe in humankind and they are generally very optimistic. What they could lack is discipline, so they should try to find it in some other areas of their natal chart.

It could happen that their noble ideas remain in the world of ideas, because of the lack of discipline.

People with Jupiter sextile Neptune aspect are visionary, faithful, idealistic and ultimately optimistic. They appreciate beautiful things, art; they see goodness in this world. They believe in unconditional love and are quite intuitive. It seems that their intuition does not fail them.

Since they give others love and spread their optimism, they get it in return. These people emit positivity.

The sextile aspect allows for expansion of Jupiter ideals and free flow of Neptune’s great imagination. Both are creative, one building, and other imagining. They love to travel, explore, meet people, and help people, though they could lose sense of materiality.

People with such an aspect would probably benefit from other’s help in terms of management; finances management, for instance.