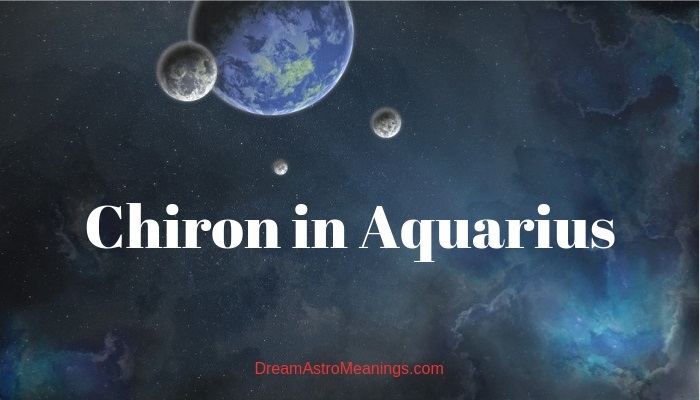 This body is later categorized as a centaur (centaurs were creatures in the ancient Greek mythology, half men half horses). Centaurs are planetesimals which are located between the planets Jupiter and Neptune.

Chiron was the first detected centaur. It was first discovered by the astronomer Charles Kowal in 1977. Chiron is 200km wide and its orbit is unstable.

In ancient Greek mythology, the centaur Chiron was the wisest and most righteous of all the centaurs. The Titan Cronus and nymph Phylira were his parents. According to the myth, Cronus took on a form of a horse when he Phylira conceived Chiron, and when the baby was born she rejected him because she was disgusted by the way he looked like.

The god Apollo adopted Chiron and became his foster father. Apollo taught Chiron many skills, such as love of music, medicine and herbs, healing, gymnastics, prophecy, archery and hunting. The discovery of the science medicines and herbs is often attributed to Chiron. Apollo’s sister, the goddess of hunting and the wilderness, Artemis, helped her brother in teaching Chiron the art of archery and hunting.

Chiron received many of his foster father’s gifts, and was considered a kind being, with a nurturing nature. He was not like the other centaurs, which were wild, lustful, always drunk, rude, and violent. Chiron, on the other hand, was very intelligent and civilized.

In ancient Greek mythology, centaurs were beings described as beings with half human half horse bodies, i.e. their torso and head was a man, and the lower part of the body was a horse. Chiron was different from the other centaurs because only his back legs were horse legs, and his front legs were human.

Also, Chiron is often depicted in human clothes, and other centaurs were always presented as naked. All these details discover the intention to portray Chiron very different from the other centaurs.

Chiron was an astrologer, an oracle, teacher and tutor to others, and he was a healer. He had some famous students, and his life ended in a strange way. He was killed by a stray poisoned arrow which the hero Heracles had thrown aiming to kill some other centaur. Chiron ended his life not able to heal himself and is why he is often called the “wounded healer”.

In astrology, Chiron points out the area of our life where we feel insecure and vulnerable. Chiron reveals old wounds, some dating back to our childhood, and some from our previous lives which carry with them important lessons that we need to learn and never repeat the same mistakes.

To heal these wounds, we must learn these lessons first, and Chiron gives us hints to what these lessons are. Its placement in a natal house and sign of the Zodiac, as well as the aspects it is making with the planets of the natal chart describe the details of the wound and give us potential clues for its healing.

In these areas we tend to deny that we have issues and we tend to overcompensate by exaggerating in the activities and behavior which make us feel uncomfortable and inadequate; in these areas of our life we feel insecure and lack self-esteem, and we put in strong efforts to succeed, usually without results or with unsatisfactory and disappointing results.

Chiron takes around 49 years to finish its travel through all the signs of the Zodiac. Because it takes Chiron such long time to cross one sign, its influence in the signs is collective rather than individual.

To determine how it influences a certain individual and what lessons it is teaching this individual, we need to consult its placement in the natal chart and the aspects it is making.

Chiron points out the area where we feel wounded and insecure, but also the area where our knowledge lies to confront these insecurities and heal our wounds. Chiron is asking us to become aware of the wound and the insecurity and confront it.

We need to realize that there are areas in our life where we feel inadequate and worthless, and expose ourselves to these areas and these feelings, to accept them and learn how to deal with them so we can be healed.

Chiron usually reveals issues with self-worth and value, hurt ego, low self-esteem, etc. It takes a lot for a person to admit how they feel and begin with the healing.

The sign and the house where Chiron is placed, closely describe the areas where these wounds and insecurities exist. We probably know how to give advice to other people to overcome their issues regarding these areas of life and when it comes to our own lives, we seem to be clueless.

These areas are easily recognized by our own feeling of discontent, shame, inadequacy, when we think about them.

The solution is to discover them and accept how we feel. When we do that we can become more open to finding a way of overcoming the insecurities and problems we have and taking actions to deal with them. It is not an easy process, but it is worth the try and the result.

This astronomical body often has an effect on us in a way that it is making us overcompensate in the areas where we feel lack or insecurity. We often feel as if not good or successful enough. Maybe some are convinced in the impossibility of ever changing anything.

It is important to discover in what areas we tend to feel that way. We should never ignore these feelings and we must quickly react, otherwise we will keep experiencing the same experiences (with the same or different people) until we learn our lessons.

Only then we can become relaxed and completely healed.

Men with Chiron in Aquarius often have issues with their feeling of self-worth and ability to be accepted in their group of friends and their community in general.

These people often feel awkward in the presence of others, and often feel different than their peers. Their attempts to overcome this feeling of inadequacy they have, often results in their exaggerated attempts to be accepted and recognized as equal.

What often happens as a result of their actions, is that they provoke the reaction they fear, and people begin considering them strange and eccentric because of their behavior.

These men often have issues with their intelligence and their ability to create something of value and useful for other people. They usually doubt their abilities and have low self-esteem, but at the same time try their best to convince others of their greatness.

Women with Chiron in Aquarius (just like men with this placement) often feel unfit in different social circumstances and they often feel isolated and distant when they are around people.

They often feel different from other people and that makes them desperate to try to change something.

Their attempts are often misinterpreted by their surroundings because they put too much effort into proving people that they are good enough or that they are not different than anyone else.

The problem these women have is their deep-seated fear of rejection and abandonment which takes root in their childhood or some previous lives. They need to confront this fear and try to understand it so that they can release it and become free.

When they manage to do that, their view of their position in their community will automatically change.

The good traits of people with Chiron in Aquarius are that they have an inner knowing when it comes to helping other people overcome their blockages and feelings of not belonging anywhere.

They have an inner knowing how to help them overcome these feelings and regain their trust in their worth.

The bad traits of people with Chiron in Aquarius are their inability to help themselves overcome the issues with their feelings of self-worth and belonging to their community.

They often feel rejected, unaccepted, and different from the members of their community, and their task is to gain confidence and begin appreciating and loving themselves and then other people will begin doing the same.

Aquarius is the sign of weirdness and eccentricity. It rules unexpected events which could not be prevented or foreseen. It is the ruler of unpredictability, inventions, innovations, intelligent and genius people.

Chiron in Aquarius often points to pain regarding the person’s fitting into society. The person often feels as if not being accepted as an equal member of its community and that often creates an even greater urge and need to make others accept them.

People with Chiron in Aquarius often have issues with their sense of being a part of their community. They often feel like outsiders and isolated from other people, or feel that they are different from other people, like they don’t fit in any company and don’t understand others or like no one can understand them, and that is why there must be something wrong with them.

This position could also make them appear distant and unfit, and avoiding getting close to people because they feel inadequate.

They could also be prone to exaggerate in their behavior, behave eccentric or oppose everyone, just to be different from other people. This placement could also make these people feel alone and isolated when they are around people, which hurts them a lot and they don’t know how to overcome.

They often feel inadequate and unfit around the people from their close surroundings, and their feelings make it impossible for them to change anything. They remain stuck in the feelings of awkwardness and rejection.

The most awkward part is that the whole story is in their heads, and in reality no one thinks about them at all, nor considers them strange or unacceptable.

The solution is to admit how they feel, confront their fears, and begin working on strengthening their confidence and feelings of self-worth. In time, they will feel more relaxed in the presence of the members of their community and get rid of all feelings of insecurity and inadequacy in their presence.

These people could have the need to prove themselves and their ability and intelligence by trying too hard to impress others, but only producing opposite effects, when people begin considering them weird, eccentric, or not intelligent enough.

They need to work on building their faith in their abilities and overcome the feelings of insecurity and the way people look at them will immediately change.

One of the good ways for these people to heal their inadequacies, are group therapies where they could talk about their insecurities and things that are blocking them in front of other people with similar issues, and exchange experiences with them.

This experience could help heal and overcome their issues with ease.

Chiron is a hybrid between a comet and an asteroid because it has the traits of both. In an astrological sense, Chiron indicates the areas of our life where we feel insecure and inadequate and we should address and heal.

It takes years for Chiron to go through one sign of the Zodiac. During that period it influences the people born within that time span.

Its influence on a certain person should be determined by combining the traits of the sign it is placed in, the natal chart house it occupies, as well as all the aspects it is making with the planets in that chart.

Chiron in the sign of Aquarius often creates issues with the person’s sense of belonging to their community.

These people often feel isolated and rejected by their surroundings and that hurts them deeply, at the same time creating a strong desire to be accepted. These needs and issues often cause their strange behavior which people could consider unacceptable and eccentric.

The solution to their problem is first to become aware that they have a problem and then work on building their feeling of self-worth, self-love, and confidence.