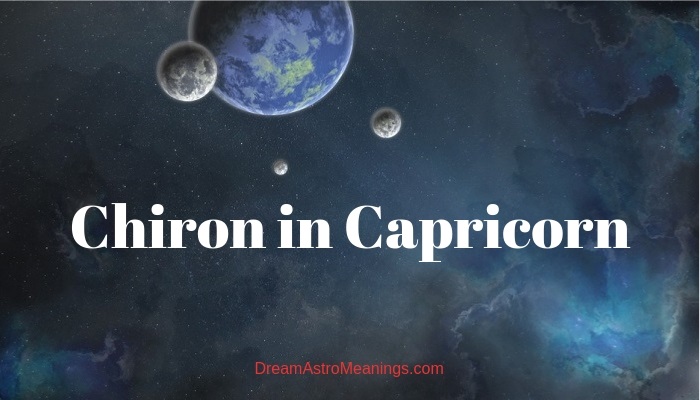 Chiron is often considered an asteroid, but is in fact a combination of a comet and an asteroid. This astronomical body is actually a hybrid, and because of that belongs to a group of astronomical bodies called centaurs, like the ancient Greek mythological creatures which were half human half horses.

Chiron is a small and icy body, and circles around the Sun. This body was the first detected Centaur, and was discovered in 1977.

Chiron got its name from the centaur Chiron, a being from ancient Greek mythology. The centaur Chiron was not like the rest of the centaurs. His father was the Titan god Cronus and his mother was the nymph Phylira. Phylira was seduced by Cronus disguised as a horse, and when she gave birth to Chiron she was so disgusted that she abandoned him.

Chiron was them adopted by the god Apollo.

Chiron was very intelligent, kind, and well-mannered, unlike the rest of the centaurs which were a bunch of lustful, wild, and drunken creatures. Centaurs were beings with bodies which were half human half horse. Their head and torso were human and the lower part of the body was a horse.

Chiron on the other hand had human front legs, and only his back legs were horse legs and he was usually depicted as wearing clothes, while other centaurs were always naked; those are other details which differentiate Chiron from the other centaurs, confirming that he is special and better than the rest of them.

The mythical Chiron was an astrologer, an oracle, and he was a teacher, teaching others of his knowledge. He died in strange circumstances unable to use his healing powers to save himself. That is why Chiron, the astrological body is often called the “wounded healer”.

In an astrological sense, Chiron indicates the areas in our lives where we feel wounded and insecure, and we feel the need to overcome these issues and heal.

Chiron’s wounds date back to our past, usually our childhood, but often our distant past, and our previous lives. We bring the wounds from our past incarnations into this life, to heal them, along with the lesson we need to learn and not repeat the same mistakes again.

For the lesson to be learned we first need to confront our issues and heal. Chiron’s placement in our natal chart indicates the wounds and the potential ways to heal them.

Chiron’s placement in our natal chart indicates the blockages and the weak spots in our character. These are the issues we need to work on confronting and resolving so we can enjoy life and its beauty. Chiron points out the areas where we feel insecure and have the need to prove our worth to ourselves and others.

These areas are usually the ones where we feel as if something is preventing us from being successful, usually our lack of self-esteem and confidence. It seems as though as much as we try to succeed in these areas there’s something preventing us and blocking our progress.

With Chiron we often tend to deny the issues we have and exaggerate in the activities which could prove our worth in these areas or make us successful. This behavior usually has an adverse effect. As much as we try, we keep failing and feel more miserable every time a fall happens.

To deal with these issues, we first need to detect them and realize what they are. We should also try to understand their roots and the cause for having them. That could be the starting point in discovering the solution.

And before being able to find the solution we first need to accept that we have an issue, that we are insecure, lack self-worth and confidence, and that we feel inadequate. When that happens, half of the work is done.

By realizing that we have these issues, we immediately stop trying to prove to ourselves and others that we don’t have them.

Chiron travels through the Zodiac during a period of 49 years. That means that it spends years transiting one sign, thus influencing the generations of people born during that period. These people share the traits of Chiron in that particular sign.

That is why it is important to consider Chiron’s exact placement in the person’s natal chart and the aspects it is making with the planets when determining the influence Chiron has on that person.

Chiron’s placement in the house and sign indicates the areas where we feel insecure and blocked due to reasons we cannot explain. This placement and the inadequacy we feel in these situations makes us confront these issues we have and accept them so that the healing process could begin.

Chiron’s lessons are usually about self-worth, ego, low self-esteem, insecurity, and it is not easy for a person to admit these feelings.

The areas where we usually experience Chiron issues are the ones ruled by the sign and the house Chiron is placed in; these are usually the areas where we feel entirely comfortable giving other people excellent advice to overcome their issues, but at the same time we feel very insecure and doubtful when it comes to our own issues.

These are the areas where we usually feel ashamed, inadequate, worthless, disappointed, or incapable. It is important to acknowledge these feelings exist and start taking actions to deal with them. It is not easy for anyone, but it is well worth the effort.

It’s important to note that Chiron often affects us in a way to make us exaggerate or overcompensate in the areas where we feel we lack something or we feel insecure. In these areas there seems to be no success of our actions and we only experience disappointments although we try harder than in other areas of our life to get what we want.

It’s important to recognize these areas and start working on making changes because we don’t want to waste our time in making the same mistakes and experiencing the same disappointments repeatedly.

Men with Chiron in Capricorn usually have an extreme desire to be successful, especially in their career and aim to reach high on the social status scale.

These men often put in all their efforts into achieving success and career advancement, but they don’t seem to get the desired results. They are often overlooked by their superiors or someone else takes the credit for their job, or they don’t get validated enough for their achievements, etc.

These men usually have a strong ego and their ego suffers terrible blows by these disappointments.

On the other hand, these men keep pursuing new goals and they never look back to be grateful and appreciative for the things they have achieved so far.

To begin healing, these men need to change this habit of ignoring the process of self-validation. They need to appreciate all they have achieved and others will begin doing the same.

Women with Chiron in Capricorn often have self-worth issues and issues with their self-esteem because they don’t seem to be successful enough. They have their own standards of success, and they tend to be disappointed when they don’t reach them, and that happens often.

It seems to them that the more they try, the less chance they have to progress or something happens to diminish their achievements.

One significant thing they need to do is to begin appreciating their achievements regardless of how small they think they are.

When they begin feeling proud of what they have done, things will begin to change.

People with Chiron in Capricorn have an ability to help others realize the reasons behind their failures and disappointments.

People with Chiron in Capricorn have a tendency to exaggerate in their attempts to achieve success and reach their desired goals without ever looking back to appreciate what they have achieved so far.

Capricorn rules success and achievements in general, career success, and the social status a person has achieved in life. People with Chiron in Capricorn often suffer for not achieving the success they believe they deserve.

They usually have a very high opinion of themselves and their abilities, and yet somehow they seem not to receive the gratification they crave for.

These people seem to put in all their efforts into achieving success and gaining the social status they desire, but others get the rewards, the promotions, the raises, etc. Regardless of how hard they try it seems that it is not enough.

In many cases, these people sacrifice a lot of their lives for some public cause, and they don’t receive any gratification and acknowledgement for that. It seems to them that all their efforts in achieving their desires are futile and they end up being more disappointed than the last time they have experienced failure.

People with Chiron in Capricorn often have an enormous ambition to succeed in their career even if it means neglecting everything and everyone else.

Although they have this ambition they usually don’t meet the required standards for success in their desired area and they fail to achieve success.

These people usually have a very strong ego which is always hurt when they experience failures and disappointments regarding their efforts and career and status goals. These people often tend to identify themselves with their career success and their social position and their failure to be successful in these areas can be emotionally devastating.

Their path to healing is to recognize that they are not perfect and that they might not have what it takes to be as successful as they believe that they should be. Once they realize that, these people begin to feel relieved, and the healing is much easier from that moment.

In some cases these people can be very disappointed and hurt because they don’t receive the appreciation they deserve. They might also put themselves in a situation where they expect too much of themselves although they are unconsciously aware that isn’t possible.

The main thing to do in these situations is to stop all expectations. These need to stop expecting gratitude, appreciation, and recognition for what they do and simply enjoy doing it without expecting anything in return.

These people also need to stop putting so much pressure on themselves and giving themselves some huge tasks they know it will be difficult to achieve. These people often end up chasing their goals never stopping to appreciate what they have achieved so far.

They might seek validation from other people but they don’t stop to validate themselves and be satisfied with what they have accomplished. They need to reconnect with themselves and nurture the feeling of self-worth and self-love.

Only then things will begin to change and they will begin experiencing the appreciation from others they craved for such a long time.

People with Chiron in Capricorn often have issues with their desire for power, success, career achievements, rise in social status, need for acknowledgement, respect, and appreciation.

They try their best to be successful and achieve their desires, but often end up not succeeding or not being recognized as successful or successful enough.

They often experience disappointments in these areas, for example, seeing someone take the credit for their efforts and rises in status, or gets a raise or a promotion at work, or something similar, while their effort isn’t at all acknowledged or is being ignored.

These people tend to consider these happenings as a great injustice, but fail to notice their part in their failure. They usually obsessively try to achieve their goals, and they try very hard, and the harder they try, the farther their achievement is.

When they realize where their faults are, accept them and stop seeking validation and acknowledgement from others, and begin appreciating themselves more, the things they desire the most will come to them. It is that simple.