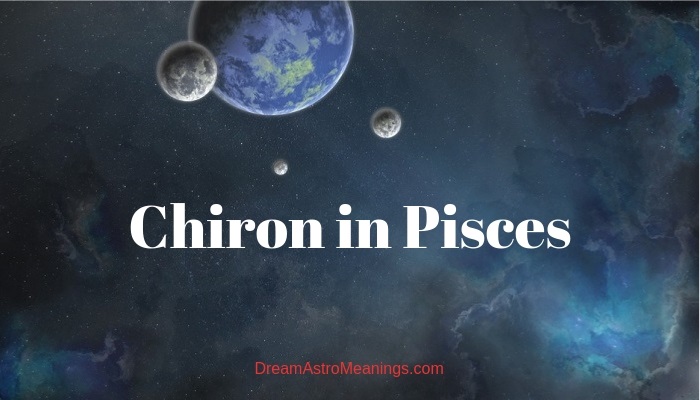 Chiron is an astronomical body which exhibits traits of both an asteroid and a comet.

Previously it was considered an asteroid, but it was later discovered that it is a hybrid of these two astronomical body types. It was discovered in 1977, and was the first discovered body of this kind. Chiron and other similar bodies are called centaurs, named after the mythical ancient Greek creatures of the same name, which had bodies of a horse with a torso of a man.

According to the ancient Greek myths, there were a lot of centaurs, but Chiron differed from them. This centaur was the child of the nymph Phylira and the Titan god Cronus. It is said that Cronus disguised himself in a horse and approached Phylira.

From this relationship Chiron was born. When his mother saw the way he looked, she was disgusted and rejected him. The orphan was adopted by the god Apollo, the ancient Greek god of arts, music, poetry, archery, sun, light, disease and healing, protection of the young, knowledge, and prophecy. This god thought Chiron these skills and influenced his character.

Unlike the other centaurs whose lower body was if a horse, Chiron’s front legs were human, and only his back legs were horse legs. Chiron was a well-known healer, prophet, astrologer, and teacher. Unfortunately, he wasn’t able to use his healing abilities to save himself from dying. Because of the way his life ended, Chiron is often called “the wounded healer”.

In astrology, Chiron represents the areas of our lives where we feel hurt, insecure, ashamed, inadequate, etc. and we don’t know the reasons for these feelings. They usually have deep roots, dating back to our childhood, and often way back to some of our previous lives. We came to this life with a memory of the wounding so we could confront it and heal.

These areas are usually the ones where we have issues of self-love, low self-worth, low self-esteem, lack of confidence, insecurity, ego issues, or similar issues we need to confront and overcome.

Only when we accept that we have these issues, we can approach the next phase, which is healing the wounds.

We can easily recognize these areas because they are the ones where we usually feel disappointed, unappreciated, lack success, where we encounter obstacles while trying to reach a goal, etc. In these areas, it seems as though it is impossible for us to achieve success, regardless of how much we try.

To begin our healing process, we need first to discover the areas where we have these issues.

These are usually very important parts of our lives and the disappointments we experience in these areas usually make our lives difficult. The wounds we have in these areas and their healing usually come with an important lesson we need to learn so we wouldn’t make the same mistakes again.

The hardest part is acknowledging we have a problem, but when we overcome the feeling of shame and hurt ego, it’s easy from that moment on. That is usually the first step towards complete healing.

Chiron in our natal chart indicates where we have weaknesses and blockages in our personalities which keep us from moving forward and being successful in accomplishing our desires. We need to remove them from our character so we can succeed in our efforts.

Strangely enough these are the areas where we feel most inadequate and insecure, and yet we have a strong urge to prove our ability to ourselves and others. We keep trying to succeed but we usually don’t get any results, or we get partial results, which all leads to more disappointment.

Chiron’s wounds are difficult to heal because we usually have a problem admitting that they exist. We usually try to overcompensate and exaggerate in our efforts when it comes to these areas, regardless of not having any results. When another disappointment comes, we only feel more miserable than before.

Because of that, the healing actually starts when we gain the courage to admit we have a problem, and issues with insecurities, lack of confidence, that we don’t love ourselves or we feel worthless, etc. After that, it is much easier.

Chiron travels through the Zodiac during a period of 49 years. It takes years until it crosses one sign. Because of that, Chiron influences the generations of people born during that time.

Its influence on a person should be determined by combining the traits of its placement in a certain sign, as well as a house in the natal chart of that individual. Its aspects with the planets of that chart should also be taken into consideration.

Chiron’s lessons are usually related to our self-esteem, confidence, ego, self-love, insecurities, doubts, self-worth, self-respect, self-appreciation, etc. These issues are very personal and it is very hard for everyone to admit having problems related to these matters.

Because it is so hard, it takes a lot of time, and usually a lot of mistakes and disappointments, before a person understands that there is a problem within them blocking their progress and they need to deal with it if they want to move forward with their lives.

Unfortunately, often years and decades pass before a person realizes that there is a problem, and in some cases people live their entire lives filled with bitterness believing that others are to be blamed for their misery, failing to understand that they are the only culprits for their negative life experiences.

One of the strangest things is that these people have a gift to give advice to others on how to overcome the situations they are experiencing in the areas where they feel inadequacy or disappointments.

The reason for that is the fact that they need to go through their healing process and learn their lessons on their own, without anyone’s help.

The way Chiron works is by pushing us to exaggerate in the areas where we feel discomfort, lack, failure, insecurity. It pushes us to put in the effort and make the same mistakes regardless of the fact we don’t get any results, or the results don’t satisfy us.

Fortunately, these disappointments mark the areas where we have issues which we need to work on and at one point make us realize that we need to confront them.

Men with Chiron in Pisces are often gifted healers who devote their lives to helping others using their natural healing abilities and psychic gifts.

They can be prone to giving themselves too much in the process of helping other people, without paying attention to their own wellbeing.

This behavior could lead these men to serious jeopardizing their wellbeing and neglecting their basic needs because they want to help other people.

They need to learn to stop behaving in such a manner, and learn to make time for themselves and attend their needs.

If they don’t start doing that they might end up not having the energy and the means to help themselves.

Women with Chiron in Pisces are usually very sensitive and helpful.

These women are kind and want to help anyone in need at the expense of ruining their health and general wellbeing.

The thing with these women is that they have a tendency to put themselves willingly into situations where they attend other people’s needs without even been asked to do so.

They have a tendency to self-sacrifice themselves and suffer to make others happy and satisfied.

They need to learn to protect themselves from their wrong approach towards helping others. These women need to take care of their own needs first and then help everyone else.

People with Chiron in Pisces have the ability to give advice to people who have issues with self-sacrificing for others and self-imposed martyrdom.

Although these people are excellent at giving advice to others on how to deal with their sensitivity, tendency to sacrifice themselves for others and suffer to make others satisfied, they don’t know how to help themselves stop behaving in such a manner and jeopardizing themselves and their wellbeing.

The sign of Pisces rules empathy, compassion, and sensitivity. Pisces people are usually very compassionate and kind and have an inborn need to help others. These people are often born healers.

They often have some psychic gifts or other healing abilities. They have a natural ability to feel other people’s emotions and often have a gift of reading people’s thoughts.

This sign also rules self-sacrifice and nurturing. Pisces often willingly give up on something (like their wellbeing, freedom, comfort, etc.) to be able to help others and make them succeed.

These people are often selfless. Pisces are also rulers of deception and manipulation.

The problem when Chiron is in Pisces is that these people could be prone to giving themselves much to other people and neglecting their own needs. These people are often prone to extreme self-sacrificing and jeopardizing their own wellbeing.

They might feel bad because of that, and maybe they want to stop sacrificing themselves for others as much, but they usually don’t react at all until they end up ruining their health or making some other damage to themselves. Ironically, the people they sacrifice for usually don’t expect them to, nor they ask them to.

These people are often self-proclaimed martyrs and they subconsciously enjoy being in that role. It is as if they like the suffering. The consequence of such behavior could be anger, anxiety, or some other form of stressful emotions because they cannot stop doing things for others, and yet they feel overwhelmed by doing it.

These people should begin looking after their own interests first and then offering their hand to others. Only then can they feel truly satisfied in helping them, without the subconscious resentment because they are neglecting themselves while taking care of other people’s business.

People with Chiron in Pisces often attract people in their lives who need to be healed or nurtured. These experiences make a constant challenge for them to end up again in the role of the one who sacrifices their wellbeing for the sake of other people.

They will know that they have healed completely when such person appears in their life and they don’t leave everything to run for her rescue. Their healing doesn’t mean that they have to stop helping everyone and simply mind their business; it means that they need to attend their needs first and then help others.

In some cases, these people could be prone to manipulation and deceiving others for their own benefit.

They might also be prone to parasitism and using others for their own purposes. They might do it subconsciously, pulling others down so they could rise. These traits could point to some serious issues with their confidence, self-love, jealousy, etc. They need to discover the root of these feelings and deal with them.

Otherwise, they might end up rejected and avoided by other people because of their behavior.

People with Chiron in Pisces are usually very kind, gentle, and helpful people.

They often have a natural ability to heal and help other people, using their healing and psychic abilities.

They can be prone to jeopardize their wellbeing because they don’t attend their needs first and always watch after other people’s needs and desires. They often put themselves willingly in these situations, without being asked to do that by the people they sacrifice for.

They end up exhausted and with ruined health, or angry and stressed, but they fail to understand that they are the ones to blame for the situation they are in. They need to start paying attention to their own needs first, and then offer their help to others.

That is when they can feel completely satisfied with doing it.